Charles Barkley is without a doubt one of the most successful basketball players of all time. Over the course of his long and stories career, he has earned countless accolades, including a Most Valuable Player award in 1993. Even after he retired from the NBA, he was able to continue his success by becoming a popular sports analyst on TNT. Obviously, working so well in such a wide variety of fields means that Charles is a very wealthy man. How wealthy, exactly? In this article, I’m going to be answering that question, among many others. Without further ado, let’s see if we can’t find out more about Charles Barkley and his extensive wealth.

How did Charles Barkley make his money and wealth? 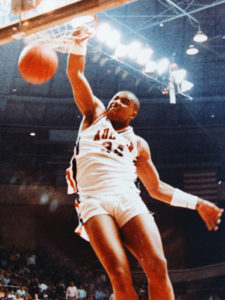 Charles Barkley was born in February of 1963 in Leeds, Alabama. He wanted to play basketball locally, at Leeds High School. However, due to his small size he was unable to make the varsity team. By the time he was a senior, he had grown several inches and was cleared to play for the varsity team. Barkley turned heads at the state semifinals, when he showed that he could outplay even some of Alabama’s most sought-after players. Due to this promising level of play on a high school level, Charles was able to play basketball at Auburn University. Even when he had earned a starting spot on the SEC school’s roster, he still had people underestimating him. Compared to a lot of the other guys around him, Barkley was short and fat. However, he quickly showed that he was even more talented than everyone else around him. His level of play quickly earned him the affectionate nickname “The Round Mound of Rebound”.

Although Charles Barkley is primarily known for being a power forward, he played as a center in college. He made the most of his time at Auburn, and to this day he holds the school record for career field goal percentage. Charles would forgo his senior year with Auburn in order the enter the NBA draft. He was drafted by the Philadelphia 76ers in the 1984 NBA Draft, coming onto a team that already had a lot of talent. The 76ers had just swept the NBA Finals in the year prior, and the team was stacked with players like Julius Erving, Maurice Cheeks, and Moses Malone. Early in his career, Barkley relied on these basketball greats to help him transition into becoming a true NBA player. This help would pay off. By his second year, Charles Barkley was the leading rebounder and the second best scorer on the 76ers. 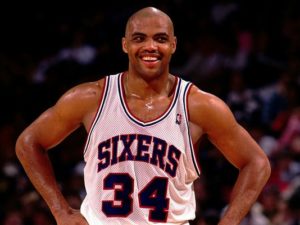 Barkley’s career took on a whole other tone prior to the 1986-87 season, when Moses Malone was traded to another team. His departure left a gaping hole in Philadelphia’s leadership, and so Barkley took it upon himself to step into a larger role among the team. His performance improved as a result, and he earned a trip to an NBA All-Star game. This happened again just one season later, when Julius Erving ended up retiring. Within the span of a few years, Charles Barkley went from being some young, raw talent to being a franchise player. Barkley would play for the 76ers through 1992, leaving an impressive legacy behind him. He was traded to the Phoenix Suns, where he showed that his success in Philadelphia hadn’t just been a fluke. Charles helped to lead the Suns to NBA Finals, and his efforts earned him his first and only Most Valuable Player award.

Due to injury, Barkley struggled a bit during his last couple of seasons with Phoenix. Again, he found himself being traded, this time to the Houston Rockets. When he came aboard, the Rockets were hungry for a title, with a roster that included the likes of Clyde Drexler and Hakeem Olajuwon. Despite his stellar efforts, Charles continued to struggle with injury. He played great when he was healthy, but it was obviously another story when he played hurt. The 1999-2000 season was his very last, with a ruptured left quadriceps tendon effectively ending his career in basketball. Barkley retired from NBA after sixteen seasons, and I think it’s safe to say that everyone knew that they had been able to bear witness to one of the greatest, most dominant careers in NBA history. 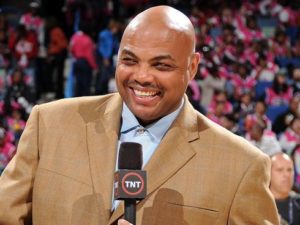 Fast forward to today, and Charles Barkley is still very much a part of the NBA. It’s just in a different way than before. Starting in 2000, he became an NBA studio analyst for TNT. Alongside the likes of Kenny Smith, Shaquille O’ Neal, and Ernie Johnson Jr., Charles will provide NBA coverage during pregame and halftime shows. Outside of all of that, he also serves as a studio analyst during NCAA’s March Madness. A lot of the times, once an athlete retires they’ll see themselves fall off the map, and their cash reserves begin to dwindle. Charles was always a popular personality on the court, and so he seemed to recognize that he could carry that popularity with him into a television studio. Years after his retirement, The Round Mound of Rebound continues to make headlines with his work in the NBA.

Charles Barkley has been married to Maureen Blumhardt since 1989. Together, the couple have a daughter named Christiana.

What is Charles Barkley doing now?

A few years ago, there was drama when it was speculated that Charles Barkley was thinking about retiring from broadcasting. He’s been doing it since 2000, so it wouldn’t be out of the realm of possibility. However, right now it seems like he’s going to be working in television for at least a little while longer. Later in 2017, Barkley is set to have his own show, The Race Card, premiere on TNT. The series is set to have six episodes, currently.

Charles has always been making big bucks in the NBA, and it really isn’t any different now. It has been estimated that he makes about $1.5 million per year in his career in broadcasting. Obviously, that isn’t quite as much as he was making playing basketball, but he’s not having to walk out onto a court every day like he used to, at least.

How much does Charles Barkley make per day?

Using that $1.5 million salary as a starting point, we can do some basic math to calculate Barkley’s daily income. In a 365 day year, he makes a little over $4,100 per day.

Although he had a reputation in the NBA for being something of a “bad boy”, Charles Barkley has actually dedicated a tremendous amount of his time and money to helping various charitable causes. Over the years, he has supported charitable organizations like the ENOUGH Project, Hillsides, LIVESTRONG, the United Service Organization, Stand Up To Cancer, and Ante Up For Africa.

As a basketball player, Charles Barkley is one of the best. He has won countless awards for his outstanding play on numerous teams. His accolades include an NBA Most Valuable Player Award, a rebounding title in 1987, an SEC Player of the Year title in 1984, and three retired jerseys for the Auburn Tigers, the Philadelphia 76ers, and the Phoenix Suns. As a broadcaster, he has even won a Sports Emmy Award for Outstanding Studio Analyst.