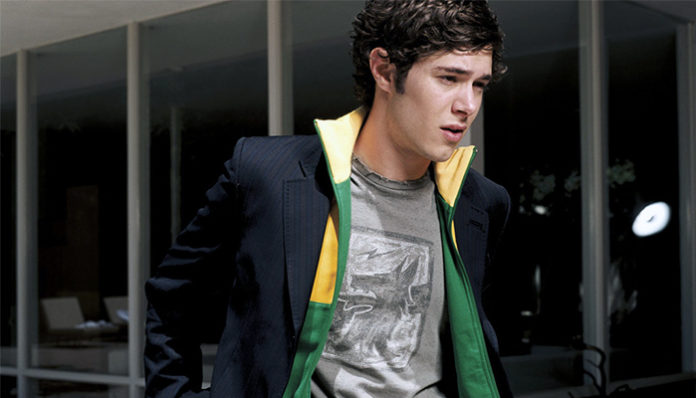 California-born actor Adam Brody is most well-known for his portrayal of Seth Cohen in the teen drama, The O.C.. Growing up, he spent most of his teenage years at the beach in the San Diego areaーhe was especially fond of surfing. It wasn’t until after he graduated from high school, that he made the decision to pursue a career in the entertainment scene. At the age of nineteen, Brody persuaded his parents to let him attend a college in Los Angeles; unbeknownst to them however, he hired an acting coach instead of enrolling in classes. Signing with a personal manager, Brody began his training. From there, he eventually started to attend auditions in hopes of establishing himself as an actor. His hard work soon paid off as he landed a guest role in the crime film, Random Acts of Violence (1999). Continuing to put himself out there, he later appeared in Undressed (1999), The Amanda Show (1999), Growing Up Brandy (2000), and City Guys (2000). A few years later, Brody secured his first major role in the comedy drama, Gilmore Girls (2002).

Shortly afterwards, the aspiring actor received a breakthrough in his career when he was cast as one of the main characters in the teen drama, The O.C. (2003). Immensely popular amongst younger audiences, the series attracted close to ten million viewers during its first seasonーhowever not before turning Brody into a teen idol. Critically praised for his portrayal of Seth Cohen in the show, it garnered him much widespread attention; it eventually went on to earn him four Teen Choice Awards (e.g. Choice TV Actor, Choice TV Chemistry) during its run. Although The O.C. ended back in 2007, it remains to be one of his best known portrayals on television to this day. Since then, Brody has also appeared in the series House of Lies (2013), The League (2013), Burning Love (2013), and Billy and Billie (2015), to name a few.

So what has the actor of The O.C. fame been up to recently? What are some of the latest television and film roles that he’s picked up? What happened to Adam Brody? Where is he now in 2018? 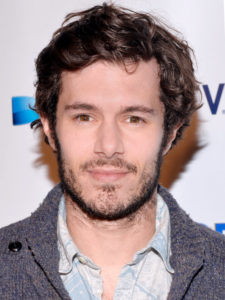 Born on December 15, 1979, in San Diego, California, Adam Jared Brody is the son of Mark Brody, a lawyer and Valerie Siefman, an artist, both of whom are Jewish; the oldest out of three children, he has younger twin brothers named Matt and Sean. An avid surfer, Brody spent most of his teen years at the suburban San Diego beach with his friends. In terms of schooling, he went to Wangenheim Middle School and later attended Scripps Ranch High School, where he allegedly received “poor grades”.

When asked about his early life, Brody stated that although he didn’t consider himself to be a “Casanova”, he did in fact, have “cute girlfriends”. Following his high school graduation, he enrolled in a community college but ultimately dropped out after a year. Later convincing his parents to let him to go to school in Las Vegas, he packed his bags and relocated north. Little did they know however, that Brody had no intentions of attending classes in LA; instead, he had his eyes set on becoming a Hollywood star.

Settling down in the new city, the then 19-year-old hired an acting coach and began training for his big debut. Eventually signing with a personal manager, the aspiring actor wasted no time in auditioning for roles. An opportunity soon came his way in 1999, when he was cast as a student in the feature film, Random Acts of Violence. Continuing to put himself out there in the entertainment scene, Brody went on to play minor roles in Undressed (1999), Growing Up Brady (2000), City Guys (2000), Roadside Assistance (2001), and American Pie 2 (2001). Two years afterwards, he secured his first major television role in the comedy drama, Gilmore Girls (2002), playing the part of a guitarist. A couple of minor parts later, Brody received the big break that he’d been waiting for when he was cast as one of the main leads in the teen drama, The O.C. (2003). 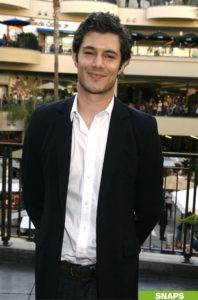 Created by television producer Josh Schwartz, The O.C. originally premiered on the Fox Network on August 5, 2003. Set in Newport Beach, the series centred around Ryan Atwoodーa young man with a dark past who is adopted by a wealthy couple, Kirsten and Sandy Cohen. While Kelly Rowan and Peter Gallagher portrayed the roles of the wife and husband pair, Benjamin McKenzie played the part of the troubled teenager. Also playing the role of one of the leads, Brody took on the character of Seth CohenーAtwood’s socially awkward adoptive brother; other cast members included Mischa Barton, Chris Carmack, Tate Donovan, Rachel Bilson and Melinda Clarke.

Critically acclaimed upon its debut, The O.C. proved to be a huge success; not only did its pilot episode manage to attract over seven million audience members in the United States, but it later also became the highest-rated series of the 2003-2004 season. Praised for its humour and acting, The O.C. won over a dozen awards during its run including a handful of Teen Choice Awardsーfour of which went to Brody. Despite its initial success however, the ratings eventually declined as the show continued; by its fourth and final season, it only garnered an average of four million viewers. By the time it was cancelled in early 2007 after a four year run, the teen drama had run for over 90 episodes.

Making his way onto the big screen, Brody later worked with one of Hollywood’s most well-known super duos in the comedy film, Mr & Mrs. Smith (2005). Written by Simon Kinberg, it starred Angelia Jolie and Brad Pitt as a married couple who by a twist of fate, find themselves hired by two competing agencies to kill each other as assassins. While they took on the roles of Mrs and Mr Smith respectively, Brody portrayed the part of Benjamin Danzーa prisoner of the Defense Intelligence Agency, whom they are both eventually tasked with killing. Released in theatres on June 10, 2005, Mr & Mrs. Smith proved itself to be a complete success; during its opening weekend, it accumulated over $50 million and ranked number one at the box office. The highest-earning film for both Angelia Jolie and Brad Pittーwhom received much praise for their onscreen chemistryーit received mainly positive reviews from critics and viewers alike; for instance, it was given an impressive four star rating by Digital Spy critic, Daniel Saney. By the end of its theatrical run, Mr & Mrs. Smith had grossed over $478 millionーover four times that of its production budget of $110 million. 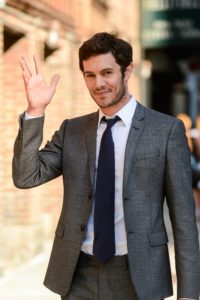 Four years later, the actor received another break when he was cast in the black comedy, Jennifer’s Body (2009). Written by Diablo Cody, the movie starred Megan Fox as Jennifer Checkーa demonically possessed teen who is hellbent on killing her male classmates; as she continues with her mission, she finds her best friend, Anita Lesnicki (played by Amanda Seyfried) striving to stop her. Originally premiered at the Toronto International Film Festival on September 10, 2009, it was eventually released in theatres nation-wide later that month.

In the horror comedy, Brody starred as Nikolaiーthe lead singer of an indie rock band, whose concert was attended by Jennifer during the beginning of the film; the actor was also joined by Johnny Simmons, J. K. Simmons, Amy Sedaris, Kyle Gallner and Cynthia Stevenson. While many anticipated Jennifer’s Body to be hugely popular amongst young adult audiences, its performance over the opening weekend was lacklustreーas it only earned $6.8 million altogether in North America. Despite its “disappointing” success and mixed reviews, it eventually went on to gross over $31.6 million at the box office as to not be a commercial flop. For his performance in the film, Brody received a Teen Choice Award nomination for the “Choice Movie Actor: Horror/Thriller” category in 2010.

Starring in yet another comedy film, Brody appeared alongside Derek Luke, Paula Patton, Jenifer Lewis and Jill Scott in David E. Talbert’s Baggage Claim in 2013. Based on a novel of the same title, it revolved around a flight attendant by the name of Montana Moore, who embarks on a 30,000 mile expedition in attempts to charm a potential man into becoming her fiancé. Featuring an ensemble cast, the movie also included appearances from Djimon Honsou, Tia Mowry Hardrict, Boris Kodjoe and La La Anthony. While Patton played the character of Montana, Brody portrayed the role of Samー one of her best friends who help to devise a plan to help her find a potential husband. Screened in theatres on September 27, 2013, Baggage Claim was a financial success; against its production budget of $8.5 million, it had grossed over $22 million at the box office. In spite of its commercial performance however, it was generally met with mixed reviews; while some praised it as an entertaining romantic comedic, others panned it for its cheesy storyline. Nonetheless, it still managed to garner the cast a Hollywood Award for “Best Ensemble” in 2014.

This upcoming year, Brody will be appearing in an action comedy film called, CHiPs (2017). Written and directed by Dax Shepherd, it will follow the adventures of two California Highway Patrol Officers as they make their rounds on the freeways of LA. Be sure to mark your calendars if you’d like to see the star on-screenーCHiPs is scheduled to be released on March 24, 2017 in the United States.

Another project that the actor’s been involved with this past year is the thriller, The Wanting (2017). Directed by Yam Laranas, it will also star Dayo Ade, Shanice Banton, Zoe Belkin, Krista Bridges and Alison Brooks. While no official release date has been announced so far, the film will presumably come out sometime in 2017.

If you’d like to stay up-to-date and connected with the star of good looks and talents, you can follow Adam Brody on social mediaー you can find him on Facebook at @AdamBrodyOfficial.