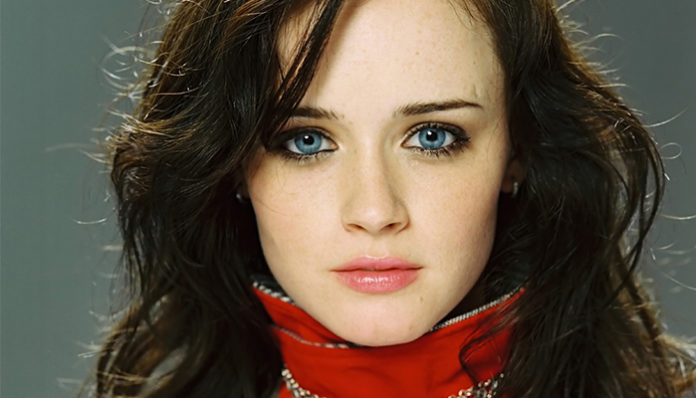 Texas-born actress Alexis Bledel is best known for her portrayal of Rory Gilmore in the comedy drama, Gilmore Girls (2000). As a young girl, she was quite shyーin an effort to help overcome her introversion, her mother enrolled her in classes at the community theater. When she was a teen, Bledel was scouted by a talent agent at the local mall. After several modelling and advertising gigs, she appeared on television for the first time in series, Rushmore (1998), although it was an uncredited role. At the age of nineteen, Bledelーwho was now chasing a career in the show businessーreceived a major breakthrough when she was cast as one of the lead protagonists in The WB comedy, Gilmore Girls (2000). Despite the fact that it was her first major role and official television debut, it quickly garnered her much fame and popularity as an actress. Playing the part of Rory Gilmore, the daughter of a single mother, Bledel was ultimately on the show for seven years, from its inception to the end.

While accumulating on-screen hours on The WB comedy drama, the artist also appeared in sundry movies. In 2002, she made her big screen debut in the romantic drama, Tuck Everlasting where she took on the role of the main female lead. Some of the other film projects that she was involved with include Bride and Prejudice (2004), Sin City (2005), The Sisterhood of the Travelling Pants (2005), I’m Reed Fish (2006), and Life is Short (2006). Following the end of the Gilmore Girls in 2007, Bledel made a couple of guest appearances in ER (2009), and Mad Men (2012). In 2013, she also starred in the television movie Remember Sunday opposite of Zachary Levi. A versatile actress known for her charming beauty, Bledel has been honoured with many industry awards throughout her career including two Teen Choice Awards, a Bravo Otto Germany Award, a Family Television Award, a Gold Derby Award, and a Young Artist Award, amongst a handful of nominations.

A well-rounded, talented performer, the actress has also starred in several theatre productions over the past few years. For instance in 2011, she took part in a play called, Love Loss and What I Wore written by Delia and Nora Ephron. Bledel has since also appeared in Regrets (2012), and College Republicans (2016). Named as “One of the Hottest Women” by Maxim Magazine, Bledel has been on multiple TV specials and talk shows such as Style Star (2005), The View (2005), The Late Night with Conan O’Brien (2006), Good Morning American (2008), and The Rotten Tomatoes Show (2010), to name a few.

So what has the award-winning actress of Gilmore Girls fame been up to these past few years? What movies or television series have she been involved with as of late? What happened to Alexis Bledel? Where is she now in 2018? 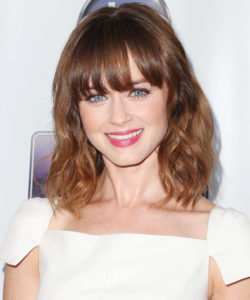 Born on September 16, 1981, in Houston, Texas, Alexis Bledel (Birth Name: Kimberly Alexis Bledel) is the daughter of Martin and Nanette Bledel, a latter of whom worked as a flight attendant. She has a younger brother named Eric and is of German, Danish, English and Scottish descent. Growing up in a multicultural household, both English and Spanish were often spoken around the dinner table.

As a young girl, Bledel went to St. Agnes Academy, a local Catholic School in Houston. Known for being shy and bashful, her mother eventually got her involved in the community theater in attempts of helping her to become more extroverted. With the group, she appeared in various plays including that of The Wizard of Oz and Our Town. One day while shopping at the mall as a teen, Bledel was scouted and approached by a talent agent, who invited her to enrol at Houston’s Page Parkes Center for Modeling and Acting.

Following through with the invitation, she soon began landing work as a fashion model. Before long, she was even given international gigs, which required her to travel across the globe. After graduating from high school, Bledel went to study at New York’s Tisch School of the Arts for a year. Finally, at the age of nineteen, the aspiring actress received the break that she’d been waiting for when she was cast as one of the main protagonists in the comedy drama, Gilmore Girls (2000). While it served as her official television debut however, it was not her first time appearing on screenーfor the actress had appeared in a small uncredited role in the film, Rushmore back in 1998. 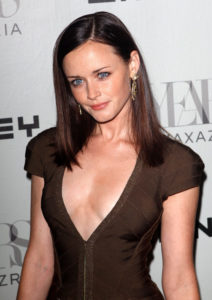 Largely considered to be her breakthrough role, Bledel played the part of Rory Gilmore in The WB’s comedy drama, Gilmore Girls. Despite the fact that it was her first time appearing on television, she breezed through the acting; not only did it garner the rising star widespread attention as an actress, but it also earned her multiple awards including two Teen Choice Awards, a Young Artist Award, and numerous other nominations. Created by Amy Sherman Palladino, the series starred Bledel as the teen daughter of a single mother (played by Lauren Graham), who together were the main protagonists of the drama. As the show progresses, viewers get the opportunity to learn more about their relationship as they carry on with their life in Stars Hollow, Connecticut.

Although Gilmore Girls wasn’t an instant hit upon its premiere on October 5, 2000, its ratings eventually went up in the subsequent seasonsーat the peak of its popularity in 2001-2003, the drama garnered an average of over five million viewers. Lauded for its witty dialogue, the show quickly gained a loyal following. Considering the amount of audience members that it drew in, it’s not surprising to know that it propelled Bledel into celebrity status. Aside from her and Graham, Gilmore Girls also featured Melissa McCarthy, Keiko Agena, Yanic Truesdale, Scott Patterson, and Kelly Bishop. After seven years and over 150 episodes, it came to an end in the summer of 2007. 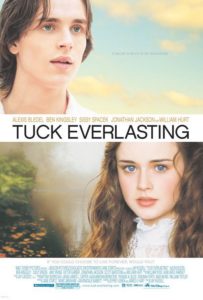 While she was filming for Gilmore Girls, the actress also starred in several filmsーone of them being the romantic drama, Tuck Everlasting (2002). Directed by Jay Russell, the Walt Disney Pictures release starred Bledel as Winnie Fosterーa fifteen year old girl from an upper-class family who meets and eventually falls in love with a young man (played by Jonathan Jackson) whom she later discovers to be from a family of immortals. Released in theatres on October 11, 2002, Tuck Everlastingーwhich was based on a book of the same name by Natalie Babbittーgrossed over $5 million at the box office during its opening weekend.

A mild financial success, it later went on to earn over $19 million altogether against a production budget of $15 million. Generally well-received, it garnered many positive reviews, most of which lauded it for its spectacular casting and cinematography. Other than Bledel and Jackson, who played the two main protagonists, Tuck Everlasting also included appearances from Ben Kingsley, William Hurt, Sissy Spcek, and Scott Bairstow. Having captured the hearts of audiences with her performance, the actress was nominated for a Saturn Award for “Best Performance by a Younger Actor” in 2003.

Bledel’s next big hit came in 2005 when she co-starred in the drama film, The Sisterhood of the Travelling Pants alongside Amber Tamblyn, Blake Lively and America Ferrera. Adapted from a novel of the same title by author Ann Brashares, it saw the actress as Lena Kaligarisーa teenage girl who is about to get separated from her three close-knit friends for the first time in the summer. As the days go by, she eventually befriends a local boy named Kostas; much to her dismay however, she later learns  that her family and the Dounas are actually sworn enemies. Upon its release on June 1, 2005, The Sisterhood of the Travelling Pants opened at number five at the box office and took in over $9.8 million. Praised for its realistic portrayal of teenage life, it was met with generally favourable reviewsーit currently holds an above average rating of 66% on Rotten Tomatoes. By the end of its theatrical run, it had grossed over $42 million worldwide. Although the film didn’t lead her to any awards, her role did garner her two Teen Choice Award nominations, one of which she shared with fellow co-star, Michael Rady.

From there, it wasn’t until 2009 that she returned to a lead role in the big screen in the romantic comedy, Post Grad. Directed by Vicky Jenson, the movie starred Bledel as Ryden Malbyーa recent college graduate who finds herself having to move back in with her parents after her dream job is given to her college nemesis. Boasting a list of star-studded actors, its cast list also featured Zach Gilford, Michael Keaton, Jane Lynch, Carol Burnett and Bobby Coleman. Despite the fact that it offered Bledel another opportunity to showcase her acting talents, Post Grad was critically panned upon its release on August 21, 2009. Criticized for being an “unambitious comedy”, its “uninspiring script” was noted to have also contributed to its low ratings. A commercial flop, it only managed to gross a little over $6.4 million from a production budget of $15 million.

The next year, Bledel starred opposite of Laurent Lucas in the Canadian drama film, The Kate Logan Affair (2010). Written and directed by Noel Mitrani, it revolved around a psychologically unstable police officer named Kate Logan (played by Bledel) who finds herself entangled in a dramatic affair with a married Frenchman by the name of Benoit Gando (played by Lucas). Based on a true crime committed by an Alberta police woman, it premiered at the the Festival du Nouveau Cinema de Montreal on October 15, 2010; The Kate Logan Affair was later released theatrically in Canada on August 5, 2011. Unfortunately the drama thriller was ultimately a miss; while many agreed that it had an interesting premise, its execution proved to have been lacking a few crucial elements.

Since then, the actress has guest-starred in a couple of television series including Mad Men (2012), and Motive (2015). She was even cast as a lead role in a comedy called Us & Them (2014), however it did not gain traction as it was not picked up by a network in the end. 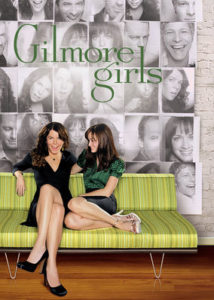 This past fall, Bledel reprised her role as Rory Gilmore in the highly anticipated Gilmore Girls followup, Gilmore Girls: A Year in the Life (2016). Once again joined by Lauren Graham, who plays her on-screen mother, the series focused on her character as she and those around her, go through four seasons of change. Released exclusively on Netflix, Gilmore Girls: A Year in the Life consisted of four episodes which were released online on November 25, 2016. So far, reviews have proved to be positive for the mini-series.

In terms of upcoming appearances in 2017ーit looks like we’ll have to wait just a little while longer. So far, not much has been revealed about Bledel’s forthcoming projects. Stay tuned!

If you’d like to stay up-to-date and connected with the star, you can do so easily by following Alexis Bledel on Twitter at @alexisbledel.