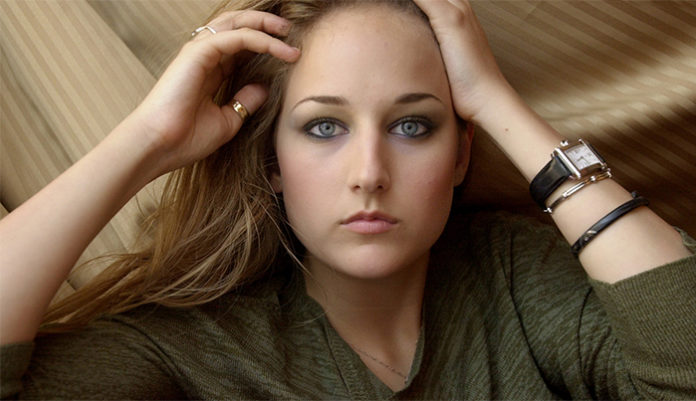 Hailing from New York, Leelee Sobieski is best recognized for her role in the television mini-series, Joan of Arc (1999). Scouted by a casting agent who happened to be at her private school as a teen, she began taking part in various auditions in the early 1990’s. Although she faced many rejections, Sobieski eventually landed a part in a TV movie called Reunion (1994) at the age of eleven. After making a minor appearance in A Horse for Danny (1995) the following year, she was cast as a recurring character in a crime drama called, Charlie Grace (1995). From there, she appeared in a small handful of projects including NewsRadio (1996), Jungle 2 Jungle (1997), and F/X: The Series (1997), prior to receiving a break with the science-fiction film, Deep Impact (1998). The first box office hit that she has been a part of, it earned Sobieski much recognition as a rising star. Continuing to make her way up to stardom, she eventually received another breakthrough in 1999, when she was cast as the title character in the two-part TV film, Joan of Arc.

A year after the new millennium, the actress starred in yet another mini-series called Uprising (2001). Much like Joan of Arc, it gave her some much-needed exposure as a budding artist. Dazzling audience members with a stunning performance, Sobieski eventually received her a Golden Globe Award nomination in 2002. Some of the other noteworthy films that she’s been a part of include Never Been Kissed (1999), Here on Earth (2000), The Glass House (2001), In a Dark Place (2006), 88 Minutes (2007), amongst many others. A Primetime Emmy Award-nominee, the New York native has accumulated several awards throughout her career including an OFTA Award (e.g. Best Actress in a Motion Picture or Mini-series), a Young Hollywood Award (e.g. Superstar of Tomorrow), and a Young Star Award (e.g. Best Performance by a Young Actress), amongst many others. Since her debut, she has appeared in well over forty different roles!

Although she hasn’t been as active compared to her peak days in the late 90’s and early 2000’s, Sobieski has continued to appear in a number of films including Acts of Violence (2010), Branded (2012), and The Last Film Festival (2016). On the small screen, she has also guest starred in the comedy, Drop Dead Diva (2010), and in the CBS legal series, The Good Wide (2011). In 2012, she also served as a series regular in the police procedural drama, NYC 22 where the played the role of a Marine MP veteran. Aside from all the acting that she’s done, Sobieski has also been featured in a variety of talk shows such as The Late Late Show with Craig Ferguson (2005), The Tonight Show with Jay Leno (2006), Last Call with Carson Daly (2008), and Late Night with Jimmy Fallon (2012).

So what has the Oscar Award-nominated actress been up to in the recent years? Has her career in the show business slowed down or is she still actively taking on roles? What happened to Leelee Sobieski? Where is she now in 2018? 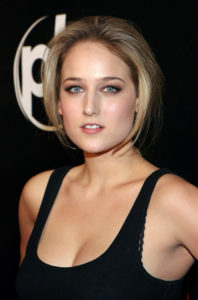 Born on June 10, 1983, in New York City, New York, Leelee Sobieski (Birth Name: Liliane Rudabet Elsveta Sobieski) is the daughter of Jean and Elizabeth Sobieski, a former actor and a film screenwriter and producer; she has a younger brother named Robert and is of Swiss, Dutch and Polish descent. Growing up, the blonde enjoyed many activities such as painting, writing poetry and horseback riding. When she was a young teen, she was scouted by a casting agent in her high school’s cafeteriaーat that moment, her life began to change.

Encouraged to take part in auditions, Sobieski eventually found herself trying out for a role in the horror movie, The Vampire Chronicles (1994). Although she ultimately lost the part to Kirsten Dunst, she remained optimistic. Shortly afterwards, she was cast in a small role in the made-for-television film, Reunion (1994), alongside Peter Strauss, Marlo Thomas and Frances Sternhagenーshe was only eleven years old at the time.

Gradually gaining momentum as a young actress, Sobieski later received her first starring role in the series, Charlie Grace (1995) where she was joined by Mark Harmon, Cindy Katz and Roberto Costanzo. Continuing with her budding career, she went on to appear in a variety of series and films over the next couple of years including NewsRadio (1996), Jungle 2 Jungle (1997), F/X: The Series (1998), and A Soldier’s Daughter Never Cries (1998). After many years of climbing up the industry ladder, the aspiring performer finally received a big break before the end of the decade, when she was cast as the title character in the mini-series, Joan of Arc (1999). 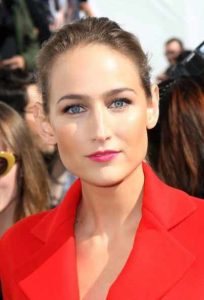 Noted for launching Sobieski’s career, Joan of Arc originally premiered on CBC on May 15, 1999. Created by Ronald Parker and Michael Alexander Miller, the two-part historical mini-series depicted the story of the French heroine, Joan of Arcーfrom the day of her birth until her death in 1431. A joint effort between Alliance Atlantis Communications and the Canadian Broadcasting Corporation, it starred none other than Sobieski as Joan d’Arc; other members of the main cast include Jacqueline Bisset, Neil Patrick Harris, Powers Boothe, and Maury Chaykin.

Despite being a television mini-series, Joan of Arc was met with stellar reviews upon its releaseーlauded for its soundtrack and story, it received countless recognitions including eight Primetime Emmy Award nominations (of which was directed to Sobieski for the category of “Best Lead Actress in a Miniseries”) and four Golden Globe award nominations. To this day, it remains to be one of the actress’ best remembered performances on television.

Two years later, the up-and-coming artist received another break when she was cast as yet another lead in the war drama, Uprising (2001). Created under the direction of Jon Avnet, it revolved around a group of Polish Jews who decide to rise up against the Nazi army in a Warsaw Ghetto in the early 1940’s. Based on real life events, it starred Sobieski as Tosia Altmanーa young woman who served as a member of the Jewish Combat Organization during the ghetto uprising; during the war, she helped to make contact with various Jewish resistance groups, providing them with updates and educational materials that had been previously banned by German forces.

Aside from the actress, Uprising also starred Hank Azaria, David Schwimmer, Donald Sutherland, Jon Voight, and Stephen Moyer in main roles. Filmed in Slovakia, Bratislava and Austria, it was critically acclaimed upon its release. Hailed as a masterpiece by both critics and viewers alike, it received four Primetime Emmy Award nominations (amongst which was a win), and a Golden Globe Award nomination (the latter of which went to Sobieski for the category of “Best Performance by an Actress in a Miniseries”), amongst many others. 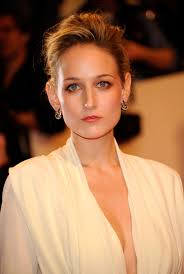 Sobieski’s first big screen hit came in the form of a drama film by the name of A Soldier’s Daughter Never Cries (1998). Based on a book of the same title by Kaylie Jones, the fictionalized story revolved around the life of a novelist named James Jones. Playing one of the main characters, the actress took on the role of Charlotte Anne WillisーJones’ daughter who is initially jealous of the family’s new adoptive son; the movie is for the most part, also told from her point of view. Featuring a relatively large cast, A Solder’s Daughter Never Cries also starred Barbara Hershey, Kris Kristofferson, Jane Birkin, Dominique Blanc and Harley Cross.

Favourable received, it quickly garnered positive reviews from critics; for instance, Roger Ebert of the Chicago Sun Times gave it a three and a half star rating, praising the film for its extravagant details and stunning cast. Upon hitting the screens during its limited theatrical release, it grossed over $39,000 during its opening weekend; it later went on to earn over $1.7 million by the end of November 1998. For her portrayal of the movie’s female lead, Sobieski received a Young Artist Award nomination for “Best Performance in a Feature Film” in 1999.

In the spring of 2000, the actress starred alongside Josh Hartnett and Chris Klein in the romantic drama, Here on Earth. Featuring a screenplay by Michael Seitzman, it told the story of Kelvin Morseーa wealthy college student, whose actions catch up with him after he damages a restaurant during an illegal car race. While Chris Klein took on the role of the young man in question, Sobieski played the part of Samantha Cavanaughーthe daughter of the restaurants’ owners who eventually become his love interest in the film. Screened on March 24, 2000, Here on Earth grossed approximately $4.5 million in its opening weekend, ranking at number five at the North American box office. Although some enjoyed the story that it offered, it was mostly met with negative reviewsーmany of which panned it for its poor dialogue and slow-paced plot; it currently holds a 17% approval rating on Rotten Tomatoes. Despite the criticism that it garnered however, Here on Earth later earned the blonde a Teen Choice Award nomination for “Choice Breakout Performance”.

Fast forward to 2007, Sobieski co-starred in Jon Avnet’s thriller film, 88 Minutes. Written by Gary Scott Thompson, who also helped to produce the movie, it centred around a college professor (played by Al Pacino) who after helping to put a serial killer behind bars on death’s row, finds himself receiving an eerie phone call informing him that he only has 88 minutes left to live. In it, the actress played a character by the name of Lauren Douglasーone of his students who fall victim to an unknown assailant; things only seem to get more complicated however, as the movie continues. Amongst its cast list was also Al Pacino, Trilby Glover, Amy Brenneman, Alicia Witt and William Forsythe. Released on April 18, 208, 88 Minutes earned over $6.9 million in its opening weekend across 2100 theatres. Although the movie was widely panned by critics, it ended up grossing $32.5 million at the box officeーwhich was just a little over its production budget of $30 million.

Ever since Sobieski gave birth to her second child, a son named Martin in 2014, she’s been on an extended break from actingーand from the looks of it, she intends to remain that way. In a later interview with Us Weekly, the 33-year-old confessed that that she “doesn’t [plan on] doing movie stuff anymore” and that she considers herself as a total “outsider” when it comes to the show business nowadays. Now that she has her hands full with two children, it’s understandable that the blonde beauty would want to spend more time with her family.

In fact, just this December she was spotted vacationing at a beach in St. Barts soaking up the sunshine with her husband of seven years, Adam Kimmel. The couple also brought along their won for a day of fun on the island.

The last movie that Sobieski appeared in was Branded back in 2012.