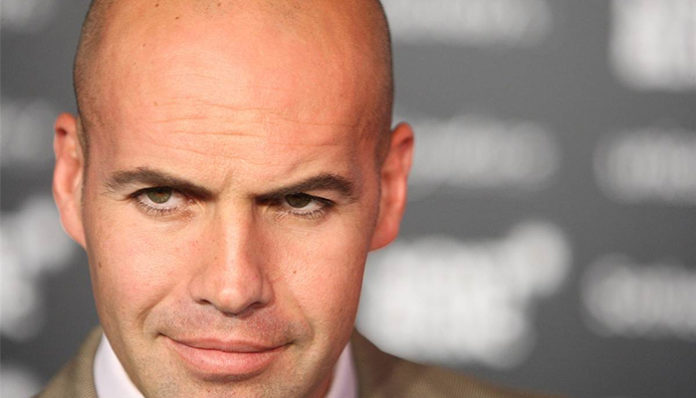 American actor, Billy Zane has starred in several high-profile films including Dead Calm (1989), The Phantom (1996), and Titanic (1997). Having caught the acting bug early on, he studied drama at Wisconsin’s Harand Camp of the Theater Arts during his teen years. After his high school graduation, Zane relocated to California in attempts of landing his first professional role in Hollywood. As fate would have it, he soon won a part in the science fiction film, Back to the Future (1985). With his eyes set on stardom, he continued to audition for various roles and eventually found himself appearing in Critters (1986), and The Brotherhood of Justice (1986) the following yearーthe last of which also served as his television debut. Carrying on with TV work, the aspiring artist went on to play small parts in the series Heart of the City (1987), Matlock (1987), Crime Story (1988), Murder She Wrote (1988), and Police Story: Monster Manor (1988). Before the end of the decade, he received a breakthrough with the psychological thriller, Dead Calmーa film that ultimately garnered him international recognition.

In 1990, Zane landed his first starring role in the low budget independent film, Megaville. The same year, he also co-starred in the British-American drama war epic, Memphis Belle alongside Matthew Modine, Eric Stoltz, Sean Astin and Tate Donovan. From there, he was selected to play a recurring character in the Golden Globe Award-winning ABC serial drama, Twin Peaks (1991). Throughout the 90’s, he continued to appear in sundry motion pictures including Betrayal of the Dove (1993), Poetic Justice (1993), The Silence of the Hams (1994), Only You (1994), The Set Up (1995), and Tales form the Crypt: Demon Knight (1995). Shortly afterward, he portrayed the title character in the 1996 superhero film, The Phantom. In 1997ーover a decade after his debut as an actorーZane was given yet another huge opportunity to showcase his talents when he was cast as a snobbish millionaire in the blockbuster, Titanicーa role which later earned him a Blockbuster Entertainment Award for “Favourite Supporting Actor”.

What has the infamous villain from Titanic been up to since then? Where has his acting career brought him in the recent years? What are some of his latest endeavours? What happened to Billy Zane? Where is he now in 2018? 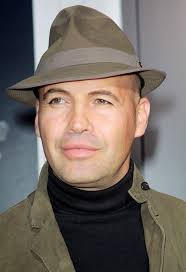 Born on February 24, 1966 in Chicago, Illinois, Billy Zane (Birth name: William George Zane, Jr.) is the son of William George Sr., and Thalia Zane, both of whom worked briefly as actors in the past; the youngest of two siblings, he has an older sister named Lisa who also works in the show business as an actress.

Interested in acting early on, Zane made the decision to study drama at the Harand Camp of the Theater Arts during his early teens. For his education, he studied abroad for a year at The American School in Switzerland prior to completing his studies at Francis Parker High School in his home city of Chicago. Following his graduation, Zane set off to California, with dreams of landing a professional acting role. With a stroke of luck, he won his first roleーwhich also served as his motion picture debutーin the science fiction film, Back to the Future (1985).

The next year, the aspiring actor appeared in another movie, Critters (1986) and made his television debut in the TV film, The Brotherhood of Justice (1986). Carrying on with his thriving career, he soon found himself appearing in Matlock (1987), and Conspiracy: The Trial of the Chicago 8 (1987). Several other small roles later, Zane received a big break when he was cast as the main antagonist in the Australian psychological thriller, Dead Calm (1989). A major opportunity for the budding actor, it has been regarded by many to be his early breakthrough role. 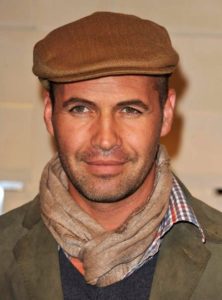 Based on a novel of the same title by author Charles Williams, Dead Calm revolved around a married couple who finds themselves in grave danger after stopping to help a distraught man while traveling across the Pacific in a yacht. While Sam Neill and Nicole Kidman played the part of the husband and wife respectively, Zane was given the role of Hughie Warrinerーa man whom the pair finds in a small, drifting boat.

Claiming that his companions have died from food poisoning and that his boat is sinking, he reaches for help from the couple. Despite initial suspicions, they row over to himーnot knowing that they are in fact, putting themselves in imminent danger.

A Warner Bros. production, Dead Calm was released theatrically on April 7, 1989. During its opening weekend, it grossed a little over $2.4 million across 950 screens in the United States. Despite its lack of commercial success, the thriller received many rave reviews from critics; for instance, both the Chicago Sun Times and The Washington Post lauded the directors for the efforts put into the movie. Currently holding a 82% rating on Rotten Tomatoes, Dead Calm has also been included in The New York Times’ list of “Top 1000 Movies of All Time”. Having put on a superb performance, Zane received an award nomination for “Most Promising Actor” from the Chicago Film Critics Association in 1990.

The following year, Zane was given his first starring role in the low budget direct-to-video film, Megaville (1990). A neo-noir thriller, it is noted for incorporating elements of science fiction such as existentialism and cyberpunk. Written by Peter Lehner and Gordon Chavis, the movie took place in a world where enjoying media is illegal, except in a realm known as Megaville. Portraying the role of the principal character, Zane took on the role of Agent Raymond Palinov, a member of the government’s media police who is tasked with infiltrating the circle of criminals associated with a brutal murderer named Jenson. As he delves into the investigation, things only grow more complicated as the president is assassinated and he begins suffering from excruciating headaches.

Aside from the actor, Megaville also featured appearances from J.C. Quinn, Kristen Cloke, Grace Zabriskie, and Raymond O’ Connor. Made available on January 22, 1992, the independent film was praised as a fascinating low-budget flick by a number of viewers. Although critics panned the movie for its flat characters, is still managed to earn an award nomination for “Best Film” at the International Mystfest Special Interest Festival. While Zane’s performance in the film wasn’t Oscar-worthy per se, it is noteworthy simply due to the fact that it was his first time playing a main lead in a motion picture. 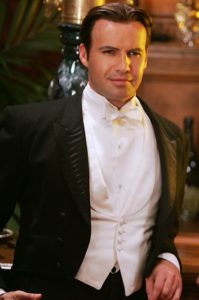 In the winter of 1997, the actor received a huge breakthrough with the epic romance-disaster film, Titanic. Written, produced and directed by the award-winning filmmaker James Cameron, it centered around the relationship between a wealthy aristocrat and a poor, yet kind-hearted artist aboard the ill-fated R.M.S. Titanic.

While Leonardo Dicaprio and Kate Winsley played the parts of Jack Dawson and Rose DeWitt Bukater respectivelyーthe two main protagonistsーZane’s role was considerably more sinister; in it, he portrayed the character of Caledon Nathan Hockley, Rose’s snobbish 30-year-old fiancé. As Jack and Rose become closer to each other throughout the course of the film, he finds himself growing increasingly jealous of the two’s relationship.

After premiering at the Tokyo International Film Festival in November of 1997, Titanic was released nation-wide on December 19, 1997. A massive success, it earned over $8.6 million on its opening day alone; by the end of its opening weekend, it had grossed more than $28 million across 2600 theatres. Ranked number one at the box office, it later took in over $2.1 million altogether worldwideーmaking it the first film in Hollywood history to have broken the $2 billion mark. Universally acclaimed, it garnered numerous awards including eleven Academy Awardsーthe highest amount of Oscars ever to have been received by a single film. A record-breaking blockbuster, Titanic also became the highest-grossing movie of all time until James Cameron’s Avatar in 2010. For his stunning acting performance, Zane also received a Blockbuster Entertainment Award, as well as an MTV Movie Award nomination and a Screen Actors Guild Award nomination. 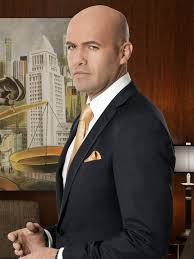 After appearing in a number of television films, the actor was cast as a series regular in the ABC series, The Deep End (2010). The brainchild of David Hemingson, it followed the lives of a group of first-year associate attorneys as they learn to cope with the work given to them in one of the most prestigious Los Angeles law firms.

Often regarded as a mix between Grey’s Anatomy and L.A. Law, it starred Zane as Clifford Huddleーone of the firm’s two managing partners; dubbed as the “Prince of Darkness”, he also serves as the show’s main antagonist. Aside from the actor, The Deep End also featured Matt Long, Norbert Leo Butz, Ben Lawson, Clancy Brown, and Tina Majorino in its main cast.

Premiered on ABC on January 21, 2010 as a mid-season replacement for the network, The Deep End attracted seven million viewers during its pilot episode. In spite of its initial success however, ratings began to drop with the subsequent episodes. Ultimately in the end, the show was met with mainly negative reviews; for one, many critics panned it for its lack of originality. After a brief, six-episode run, the legal series came to an end on February 25, 2010 due to low viewership ratings.

Currently, Zane is filming for an upcoming drama film called, Cliffs of Freedom (2017) alongside Christopher Plummer and Tania Raymonde. Written by Kevin Bernhardt and directed by Van Ling, it will depict a love story set during the Greek War for Independence in the 1820’s. Although highly-anticipated by fans, no official release date has been announced so far.

In addition to that, the celebrity star will also be starring in an Australian sci-fi flick, Blue World Order (2017) sometime this year. Produced by Full Point Films, the movie takes place in a post-apocalyptic world in which human civilization is a thing of the past. Boasting a talented cast list, it will also star Bruce Spence, Jack Thompson, Stephen Hunter and Jack Ryan.

If you’d like to stay up-to-date and connected with the American actor, you can do so by following Billy Zane on Twitter at @BillyZane.