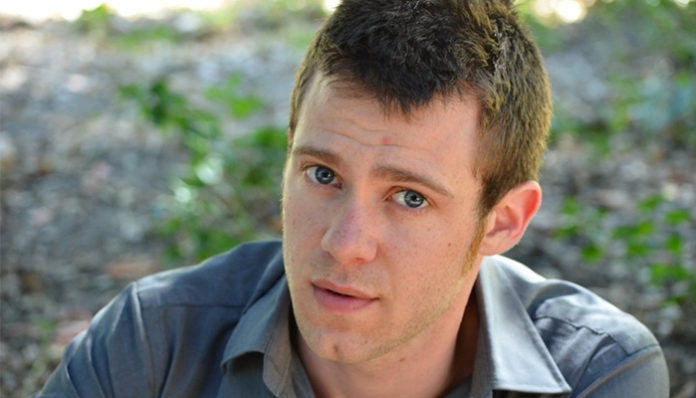 Brandon Hall, who started out his career as a child actor, is perhaps best remembered for his performance in the movie, The Little Rascals (1994). At the age of nine, he landed the part of Alfafa in the family comedy filmーlittle did he know at the time of casting that it would soon launch him into celebrity status. Widely acclaimed for his role, Hall later received a Young Artist Award for “Best Performance by Youth Ensemble”, which he shared with the rest of his cast. Continuing to audition following his first taste of stardom, he eventually found himself playing the title character in the made for television film, Tad (1995). Later that same year, he appeared in the family sports comedy, The Big Green (1995), where he played alongside Steve Guttenberg, Jay O. Sanders and Olivia d’Abo. In 1996, the actorーwho was eleven at the timeーreceived another break when he was cast as one of the main leads in John Landis’ comedy flick, The Stupids.

From there, he starred in yet another TV film, the holiday themed The Munsters’ Scary Little Christmas (1996)ーfor his portrayal of a troubled son, Hall was nominated for a Young Star Award for the category of “Best Performance by a Young Actor in a Made for TV Movie”. In 1997, he appeared in the direct-to-video release, Honey We Shrunk Ourselves, he also made his voice-acting debut in Disney’s animated film, Herculesーin which he provided the voice for a little boy. The following year, Hall was selected to be part of the main cast of The WB sitcom, Kelly Kelly (1998)ーit marked the first time that he played a starring character on the small screen. After appearing in a small film called Mel (1998), he guest starred in an episode of the NBC drama, Providence (1999). Following the new millennium, Hall took a short break prior to returning to TV in the Disney Channel Original Movie, Get a Clue (2002).

Throughout the early half of the 2000’s, he made a series of guest appearances in a number of popular television shows including CSI: Crime Scene Investigation (2004), Strong Medicine (2004), Cold Case (2005), The O.C. (2006), and CSI: Miami (2006). Towards the latter part of the decade, his focus returned to Hollywood as he starred in the motion pictures, The Day the Earth Stopped (2008), Camouflage (2009), and American Pie Presents: The Book of Love (2009). After guest starring in various other TV series, he played a recurring role in the post-apocalyptic drama, Revolution in 2014. More recently in 2016, he co-starred in the mini-series Harley and the Davidsons alongside Michiel Huisman, Robert Aramayo and Daniel Coonan.

What has the Texas-born actor been up to since then? What new projects have the 31-year-old taken on in the recent months? What are some of his latest movie or TV roles? What happened to Bug Hall? Where is he now in 2018? 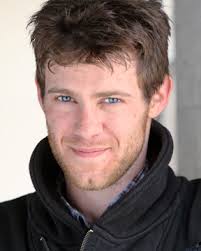 Born on February 4, 1985 in Fort Worth, Texas, Bug Hall (Birth Name: Brandon Hall) is the second oldest child of his family. When he was a young boy, he was given the nickname, “Bug” by his parentsーa moniker that has clearly stuck with him to this day. Like most kids, Hall spent the early years of his childhood playing with his friends in his hometown of Fort Worth; it wasn’t until he was nine years old that he first broke into the show business as a child actor. That year, he was selected out of hundreds of children to play a starring role in the family comedy film, The Little Rascals (1994).

An adaption of a series of 1920’s short films, The Little Rascals revolved around a school-aged boy named Alfalfaーportrayed by none other than Hallーwho attempts to woo back a young girl by the name of Darla (played by Brittany Ashton Holmes). Much to his dismay however, his friends are willing to try everything in their power to sabotage their potential relationship; over the course of the movie, the group finds themselves in a variety of situations including having to do an improv dance in a production of The Nutcracker. Despite the fact that it was Hall’s first professional acting role, his debut earned him much praise from viewersーas well as the industry itself. Having put on a convincing performance, the young actor, along with the rest of the cast, received a Young Artist Award for “Best Performance by a Youth Ensemble in a Motion Picture” in 1995.

Originally released on August 5, 1994, The Little Rascals was a box office hit; during its opening weekend in North America, it grossed approximately $10 million. By the end of its theatrical run, it had earned a worldwide total of over $67 million. Having said that, the comedy flick was generally met with mixed reviews; while most lauded the film for its casting and acting, many did not feel the same way about its script play. Still, some contemporary critics such as Roger Ebert of The Chicago Sun Times gave The Little Rascalsーwhich has since become a cult film, a favourable “thumbs up”.

The following year, the young star made his television debut in the TV movie, Tad (1995), before appearing in the Disney family sports film, The Big Green (1995). In 1996, Hall secured his second starring role in a motion picture in John Landis’, The Stupids. 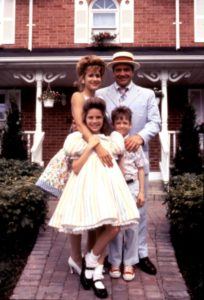 Written by Brent Forrester, the film was an adaptation of a novel by Harry Allard and James Marshalls. Produced by Leslie Belzberg, it followed the lives of a fictitious family known as the Stupidsーwhose last name, almost always coincidentally matches their behaviour most of the time. It is later revealed to audience members that Stanley and Joan Stupid, the patriarch and matriarch of the family respectively, are highly convinced that they are victims of a conspiracy; as the movie progresses, they attempt to uncover the “scheme”.

While actors Tom Arnold and Jessica Lundy played the two aforementioned characters, Hall portrayed the role of Buster Stupidーtheir son whom alongside his sister, Petunia, are led to believe that their parents have been kidnapped and taken by a Chinese restaurant. Other cast members of the film include Alex McKenna, Mark Metcalf, Bob Keeshan, Christopher Lee, Matt Keeslar and Frankie Faison.

Distributed by New Line Cinema, the motion picture made its way onto theater screens on August 30, 1996. During its opening weekend, it grossed over $1.5 million across 1200 locations; it later earned a total of $2.5 million, which considering its production budget of $25 million, made it a commercial flop. Although critics universally panned the film, casual viewers appeared to have been more appreciative of its comedic elements and storyline.

In the spring of 1997, Hall co-starred in the direct-to-video release, Honey We Shrunk Ourselves. The third instalment of the Honey I Shrunk the Kids film series, it told the story of Wayne Szalinskiーan inventor who accidentally shrinks his family with an electromagnetic shrink way that he had recently developed. Playing one of the main characters, the young actor took on the role of Adam Szalinskiーtheir youngest son, who also happens to be one of the few not to have been afflicted by the predicament. Aside from veteran actor Rick Moranis, who returned to reprise his role as Wayne, Honey We Shrunk Ourselves also starred Stuart Pankin, Eve Gordon, Robin Bartlett, Allison Mack, and Jake Richardson.

Made available on Disney Home Video on March 18, 1997, the live-action film later spawned a TV show on the Disney Channel just a few months after its release. While its predecessors had received mostly positive reviews however, Honey We Shrunk Ourselves garnered mostly negative comments from both critics and viewersーmany of whom highlighted its overused jokes and cliches. Currently, the film holds a below average score of 4.8/10 on IMdb. 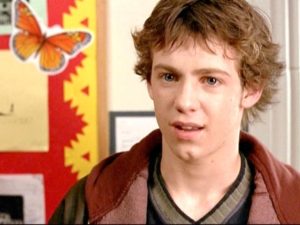 After the arrival of the new millennium, Hall co-starred in the Disney Channel Original Movie, Get a Clue (2002) alongside Lindsay Lohan, Ian Gomez and Brenda Song. Directed by Maggie Greenwald, it revolved around a teenage girl named Lexy who decides to investigate the mysterious disappearance of one of her high school teachers.

While Logan played the main female lead, Hall was given the role of Jack Downeyーthe editor of the school newspaper who coincidentally also has a crush on Lexy; his feelings only appear to grow stronger as he offers to help the girl with her investigations in the movie. Boasting a talented cast, Get a Clue also featured Ali Mukaddam, Dan Lett, Amanda Plummer and Charles Shaughnessy.

Created on a budget of $1 million, Get a Clue premiered on the Disney Channel on June 28, 2002. Despite its all-star cast, reactions on the TV movie were divided; although some viewers praised the actingーespecially Lohan’s and Hall’sーthe general consensus was that it was only “passable” in terms of quality.

Later on in 2009, Hall worked with director John Putch in the comedy, American Pie Presents: The Book of Love. The final instalment in the American Pie film series, it revolved around three virgins who after discovering a half-ruined “bible” of advice in the school library, find themselves going on a crazy journey in attempts to lose their virginity. In the movie, Hall played one of the three friends, Robert Shearson; he is joined by Brandon Hardesty and Kevin M. Horton, who portrayed the roles of Marshall Lubetsky and Nathan Jenkyll respectivelyーthe other members of the trio. The cast list also included Beth Behrs, Melanie Papalia, Jennifer Holland, John Patrick Jordan and Louisa Lytton.

Made available on December 22, 2009, American Pie Presents: The Book of Loveーwhich was filmed in Vancouver, British Columbiaーreceived mixed reviews upon its release. In spite of its $8 million production budget, most if not all of its viewers found it to be highly disappointing compared to the franchise’s previous films.

According to his IMDb page, the actor has been busy working on an upcoming thriller film called The Shadow People (2017). Written by David Wilson, it centres around two newly wedsーMegan and Andrew (played by Kat Steffens and Hall respectively) who notices the occurrence of strange events after moving into their dream home. The movie will also be featuring appearances form Juli Erickson, Grant James, C. Thomas Howell and Frederic Doss.

Another one of his projects is the family drama film, The Long Run (2017). Shot in Weatherford, Texas, it will revolve around a family’s struggles after their patriarch is killed by a group of racists. Written by Twila Barnett, it will also star Mckenna Grace, Chester Rushing, Gabrielle Elyse, and Gemini Barnett. In it, Hall will be playing a character by the name of Brad Reno.

If you’d like to stay up-to date with the talented and versatile actor, you can do so by following him on Twitter at @bug_hall.