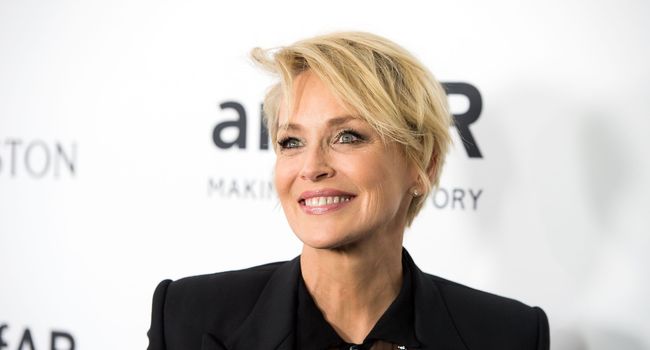 Sharon Stone is an American actress and sex symbol, most known for Casino and Basic Instinct. 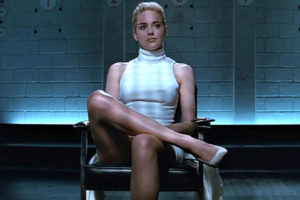 Sharon Stone was born in Meadville, Pennsylvania on March 10, 1958. She was the second of four children. Her mother was an accountant and her father was a factory worker. Sharon was considered gifted, academically, and started second grade when she was only 5 years old.

At the age of 15, she graduated from Saegertown High School, Pennsylvania, and won a scholarship Edinboro State University of Pennsylvania. She graduated with a degree in creative writing and fine arts. While in college, she won the Miss Crawford County beauty pageant, and was a candidate for Miss Pennsylvania. One of the judges advised her to move to New York City and try to become a model. In 1977 she moved to New Jersey and was signed by the Ford Modeling Agency in New York.

After a brief stay in Europe, Stone decided to quit modeling and try to become an actress. Her first time on a movie set was as an extra for a Woody Allen movie. In 1981, she appeared in a speaking part in the horror movie Deadly Blessing. In 1982 she appeared in the French film Les Uns et les Autres, though she was only on screen for two minutes. Throughout the 80s, she played small parts in many B-movies, TV shows, and TV movies.

Her big break came in 1990 when director Paul Verhoeven cast her in the sci-fi action film Total Recall with Arnold Schwarzenegger. The movie was a hit, making $261 million at the international box office. To promote the film, Stone also appeared in Playboy that year, which earned her a place on Playboy’s “Top 25 Sexiest Stars of the Century” list.

She re-united with Paul Verhoeven in Basic Instinct (1992) for the role that made her a star: Catherine Tramell– a brilliant and mysterious, who’s accused of murder. Several actresses turned down the role because of the required nude scenes, but one particular scene involving nudity became one of the most iconic scenes in recent film history.

After Basic Instinct, People listed her on their “50 most beautiful people in the world” list. In 1995, they gave her a Hollywood Walk of Fame star. Also that year, Empire named her one of the 100 sexiest stars in film history. The next year, Empire would rank her among the top 100 film stars of all time.

In 1995 she appeared in Martin Scorsese’s Casino, alongside Robert DeNiro and James Woods. Her performance earned her a Golden Globe Award and an Academy Award nomination. Also that ear, she appeared in Sam Raimi’s The Quick and The Dead with Russell Crowe, Gene Hackman and Leonardo DiCaprio.

In 2003, she received an Emmy Award for Outstanding Guest Actress in a Drama Series for her performance in The Practice. Her next projects were not well received. She appeared in Cold Ceek Manor (2003) with Dennis Quaid, in Catwoman (2004) with Halle Barry, and in Basic Instinct 2 (2006). 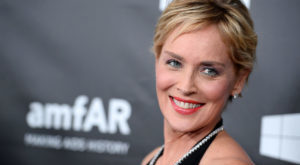 In 2015, Sharon Stone appeared in Agent X, a TNT action-drama about a Vice President and a secret agent. In 2016 she appeared in Mothers and Daughters, a drama about motherhood. She has another two other movies scheduled for release in 2016: a feature called Twisted/aka The Last Party, and The Principle– a short film. In 2017, Sharon has six movies in production: The Masterpiece, The 11th, Running Wild, Mosaic, A Little Something for Your Birthday, and What About Love.