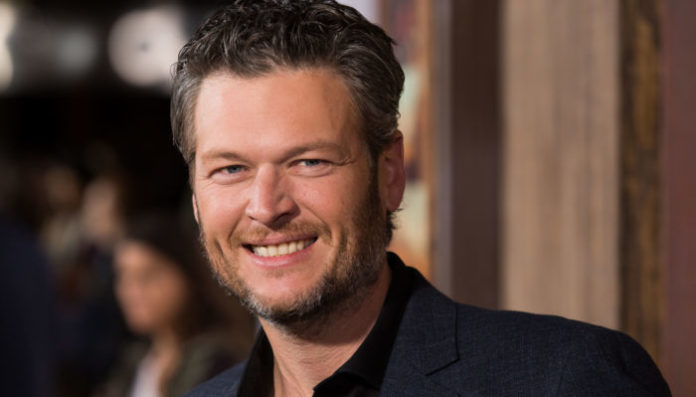 Viewers of the popular television show, The Voice, will tell you that Blake Shelton is one of the most charismatic and witty characters you could ever hope to meet. The American singer and songwriter’s music is known for its smooth country lows and rock-infused highs that have put Blake on the music map as a unique and influential celebrity with millions of fans around the world. Let’s see how he earned his fortune and what he did with it.

How did Blake Shelton make his money & wealth?

Blake Tollison Shelton was born in the small American city of Ada in Oklahoma. His father, Richard, is a used car salesman and his mother, Dorothy, was a beauty salon owner. He had an older brother named Richie who died in a car accident when he was 24. At the time, it wasn’t his parents who were vested in the idea of music, but his uncle. He taught Blake how to play guitar and had him singing at the age of 12. His singing talent grew and by the time he was 16, he was already earning awards and recognition in his home town.

Blake was only seventeen when he graduated high school, at which time he moved to Tennessee to continue his music career and in 1997, he obtained a contract with Sony Music. Things didn’t get very far and four years later the aspiring singer signed to Giant Records. The song “I wanna talk about me” was initially going to be Blake’s lead-off single, but the staff considered it unsuitable. Ironically, another country singer, Toby Keith, released the same song and it became a number 1 single. Regardless, Blake’s actual breakout single titled “Austin” went on to top the Billboard Hot Country Songs chart and remained there for five weeks.

Blake’s newfound fame landed him a transfer to Warner Bros. Records after Giant Records shut down. He worked with them to release his self-titled debut album, which featured a few big names in the industry and went onto sell over a million copies after receiving platinum certification. The album received generally positive criticism and helped him further his career.

The American country singer persisted and continued to release countless hit singles and chart-topping albums alongside some of the biggest stars in the world. He received numerous awards along the way and became a household name in America. His fame helped him land a role as a judge in three popular televised singing competitions, Nashville Star, Clash of the Choirs and the ever-popular The Voice. His charismatic and humorous charm gained him a reputation as not only a respectable singer and judge, but an idol for younger generations to look up to.

With his chart-topping music and television appearances, the American country singer has earned a great fortune for himself and in 2015, Forbes estimated Blake’s annual income to be just under $30 million. 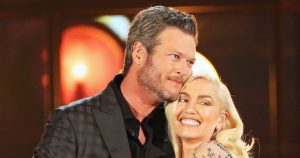 Celebrity relationships are seldom everlasting, as is the case with Blake Shelton. In 2003, he married longtime girlfriend Kaynette Gern. Three years later, the American country singer filed for divorce citing irreconcilable differences. During their time together, Kaynette appeared on Blake’s music video for his song “Some Beach.”

When Blake attended the CMT’s 100 Greatest Duets Concert in 2005, he met country singer Miranda Lambert. In 2010, they got engaged and a year later they were married. The two collaborated on some work and both claim that they enjoyed their time together. They divorced in 2015, with Blake quoting: “Its with heavy hearts that we move forward separately.”

As Blake continued to star in each season of The Voice, rumors of him and co-star and fellow singer Gwen Stefani being in a relationship grew. While Blake insisted that they were just friends. they have been pictured together at events numerous times. As of late, it does seem that they are dating and it is alleged that the couple will get married soon.

While the country singer has earned enough money to buy an entire suburb, he currently only owns one home, but its far from frugal. The property in question is a Hawaiian-style lake house in his home state of Oklahoma. The luxurious house is located on his 1200-acre ranch, which features a multitude of smaller guest rooms, a luxurious spa and a three-section pool surrounded by palm trees that give the entire property a high-end summer estate look. The massive home itself looks out onto serene lake and fits right into the environment surrounding it. The estate is valued at around $2.3 million. 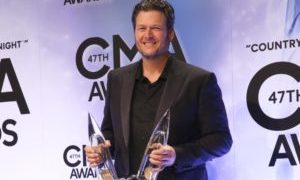 Over the course of his career, which continues to thrive, Blake has released ten albums, gone on eleven tours and has starred in six television shows, including Malibu Country and Saturday Night Live. He has also featured in three movies in the past two years, namely The Ridiculous 6, Pitch Perfect 2 and The Angry Birds Movie. Blake is also known to be competitive when it comes to being the winning coach on the television show The Voice. So far he has won five seasons.

Throughout the course of his music career, Blake has won many awards, including the Academy of Country Music Song of the Year, Top New Male Vocalist, Entertainer of the Year and Album of the Year amongst others. He has won over twenty Country Music Association awards and has seven Grammy nominations. The list is rather endless, some noteworthy awards include a Teen Choice Award for Male Country Artist, a People’s Choice Award for Favorite Male Artist and a couple of American Music and iHeart Radio Music Awards.

With around a hundred awards in total, it goes without saying that Blake’s trophy cabinet must be massive.

While the American country singer has splurged on his new home, he has also given back a significant portion of his earnings to the less fortunate throughout his career. Not too long ago, Blake played at a concert that was created to raise money for the victims of the Oklahoma tornado incident. Blake also insists that he does not intend to only support one cause like most celebrities do and that he prefers to simply send funds where they are needed most. He states that he likes to do things for “fire departments and stuff.” He has donated to the Tishmonigo, Milburn and Ravia fire departments through funds raised at a concert he hosted in Kentucky.