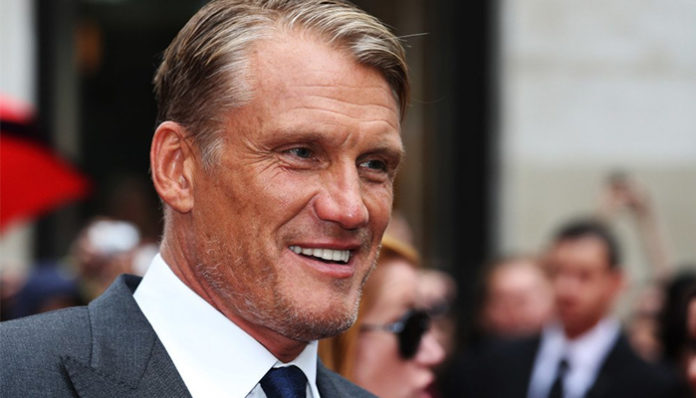 Born in Sweden, Dolph Lundgren first rose to fame as an actor in the sports film, Rocky IV (1985). An avid martial artist, he holds a black belt in karate and was the winner of the European championships in the early 80’s. After attaining a Master’s Degree in Chemical Engineering and working several odd jobs including that of a bodyguard and a nightclub bouncer during his early adulthood, Lundgren relocated to New York City in hopes of pursuing a career in acting. Enrolling himself in drama classes at Manhattan’s Warren Robertson Theatre Workshop, he later began putting himself out there in a number of auditions. From there, it wasn’t long until he landed his first professional acting role in the action thriller film, A View to a Kill (1985) at the age of twenty eight. While it served as his big screen debut however, it didn’t do all that much for his career as a performing artist. Luckily for him however, he soon secured a role in the sports drama, Rocky IV (1985) later that same year.

A mega-hit, Rocky IV proved to be a commercial success; Lundgren’s performance in the film ultimately garnered him much attention at the time as an emerging actor. Considered to be his major breakthrough role, it remains to be one of his best remembered on-screen portrayals. Continuing to climb up the industry ladder, Lundgren eventually starred in Masters of the Universe (1987), The Punisher (1989), Dark Angel (1990), and Joshua Tree (1993). From the mid 90’s onwards, the Swedish performer began appearing in a string of direct-to-video films including The Peacekeeper (1997), The Last Warrior (2000), Fat Slags (2004), The Inquiry (2006), and Misisonary Man (2007), to name a few. It wasn’t until 2010, that he finally made his return to the big screen in the action movie, The Expendables as Gunner Jensenーa role which he later reprised in the subsequent sequels. Throughout his career, Lundgren has taken on over 80 roles in both television and film. In 2004, he also made his directorial debut in the film, The Defender.

Although Lundgren isn’t a competitive body builder by any means, fitness has played an extremely large role in his life since the mid 80’s. Noted for his youthful appearance, the 59-year-old allegedly trains up to six days a week in order to keep his physique in tip-top shape. An advocate for healthy eating, he announced that he was working on his own line of vitamins and supplements back in 2011. Aside from that, Lundgren has also released two booksー”Train Like an Action Hero: Be Fit Forever” and “Dolph Lundgren: Train Like an Action Hero: Be Fit Forever”ーboth of which revolve around his own experiences.

So what has the actor of Rocky IV fame been up to as of late? Is he still making regular appearances on-screen? If so, what are some of his latest roles? What happened to Dolph Lundgren? Where is he now in 2018? 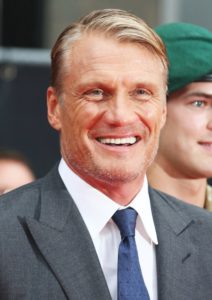 Born on November 3, 1957, in Spanga, Sweden, Dolph Lundgren (Birth Name: Hans Lundgren) is the son of Karl Johan Hugo Lundgren, an engineer and Sigrid Birgitta, a school teacher. Growing up, he spent most of his early life in Stockholm; however his childhood was less than idealーhis father was often physically abusive to both himself and his mother.

As a result, he described himself to be a very “insecure child”. Developing an interest in the martial arts, he took up judo at the age of seven; he later involved himself in Kyokushin Karate when he was ten years old. After his thirteenth birthday, he moved to live with his grandparents in the Nyland, Angermanland. During his teenage years, Lundgren began training with weights; he also showed an interest in drumming.

Following his high school graduation, he travelled to the United States where he enrolled at Clemson University and Washington State University on various scholarships. A chemistry student, he later attained his Bachelor’s Degree from the latter institution. From there, he served one year in the Swedish Marine Corps. Following his mandatory deployment, he went to the Royal Institute of Technology from which he eventually earned a degree in chemical engineering. Continuing on with his education, Lundgren then went on to earn a Master’s Degree from the University of Sydney in 1982. After working as a bodyguard and as a bouncer, he relocated to New York City in hopes of becoming an actor.

After settling down, he started to study drama at Manhattan’s Warren Robertson Theatre. By the time he was twenty-eight in 1985, Lundgren had landed his first acting role in the action thriller, A View to a Kill. However, it was ultimately his role in Rocky IV (1985) later that year, that garnered him much attention and fame as an up-and-coming actor. 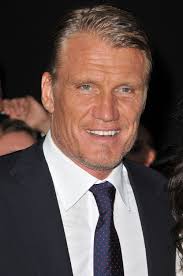 Written by Sylvester Stallone, who also starred in the film, Rocky IV depicted the story of two professional boxersーIvan Drago and Rocky Balboa (played by Lundgren and Stallone respectively), the latter of whom initiates a fight after the death of his best friend in the ring. The forth instalment of the Rocky Boxing Saga, it was released in theatres on November 27, 1985.

Produced by Irwin Winkler and Robert Chartoff, Rocky IV also starred Talia Shire, Burt Young, Carl Weathers, and Brigitte Nielson. Although it received mixed reviews upon its release, many critics having panned it for its cliche fight scenes and underwhelming plot, the film proved itself to be a commercial hit. Created on a budget of $28 million, it later went on to gross over $300 million worldwideーmaking it the highest grossing sports film for over two decades.

Critically praised for his portrayal of Ivan Drago, the film garnered Lundgren widespread recognition as an actorーin fact, it played a monumental role in the launching of his acting career. For his on-screen performance, he received an award at the Napierville Cinema Festival for “Best Actor”.

In the summer of 1987, Lundgren starred in the sci-fi action movie, Masters of the Universe. Directed by Gary Goddard, it saw him in the role of He-Man, a character originating from Mattel’s toyline of action figures, who also served as the film’s main protagonist. Aside from the Swedish performer, actors Frank Langella, Courtney Cox, James Tolkan, Christina Pickles and Meg Foster also portrayed main parts in the movie. Opened in theatres that August, Masters of the Universe was disappointingly met with negative reviews from criticsーmany panning it for being too “predictable”. A commercial flop, it only ended up grossing a little over $17 million from a production budget of $22 million. Despite being a financial failure however, the film soon became a cult classic; it also went on to win an Academy of Science Fiction Award in 1988.

Over the next few years, he appeared in a handful of films including I Come in Peace (1990), Showdown in Little Tokyo (1991), Pentathlon (1994), and Johnny Mnemonic (1995). From the mid 1990’s, Lundgren began focusing his attention on direct-to-video series; it wasn’t until 2010 that he made his return to Hollywood in the action movie, The Expendables. 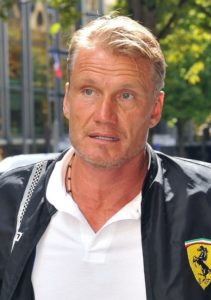 Written by Sylvester Stallone and David Callaham, The Expendables focused on a group of elite mercenaries who are sent to overthrow a dictator known as General Garzaーas they continue with their mission however, they soon discover him to be a mere pawn of a former CIA officer. Lundgren’s first film appearance since Johnny Mnemotic back in 1995, it was released on August 13, 2010. Upon its debut, it grossed over $34 million in its opening weekend and claimed the number one spot in the box office; later earning over $103 million in the United States alone, The Expendables eventually reaped in over $274 million worldwide. In the action thriller, the Swedish actor played the part of Gunner Jensenーone of the mercenaries who is also a military veteran. Boasting an ensemble cast, the movie also featured Jason Statham, Jet Li, Eric Roberts, Randy Couture, Steve Austin and David Zayas. A financial success despite its mixed reviews, it received a Saturn Award nomination for “Best Action/Adventure Film” in 2011.

In August 2012, Lundgren reprised his role as Jensen in the sequel, The Expendables 2. Filmed on a $100 million budget, it welcomed back most, if not all of the original cast, with the addition of Chuck Norris, Liams Hemsworth, Bruce Willis and Jean-Claude Van Damme. Opened in theatres on August 17, 2012, it followed the group as they went up against a rival mercenary, who threatened to destroy the world after killing one of their own. The second instalment of the franchise, it earned over $10 million during its opening day and later went on to gross over $300 million worldwide. Although its dialogue and plot received mainly negative reviews, the general consensus was that it was an overall improvement compared to its predecessor. In spite of that, The Expendables 2 was a hit amongst fans, and ended up winning a BMI Film Music Award and a Golden Trail Award, amongst many other nominations. The film eventually spawned a sequel, The Expendables 3 in 2014, which Lundgren also took part in.

In 2015, the star returned to the big screen for the action thriller, Skin Trade alongside Tony Jaa, Ron Perlman and Michael Jai White. Co-written by Lundgren, the film centred around Nick Cassidy, a police detective who is hellbent on getting revenge on a man who killed his familyーa mobster named Viktor Dragovic, who also happens to be involved in human trafficking. Shot over fifty days, Skin Trade enjoyed a limited theatrical release in May of that year, after having premiered at the American Film Market back in 2014. Despite its star-studded cast however, it was met with many negative reviews, most of which criticized Jaa’s lack of English fluency. A financial failure, it only grossed $750,000 worldwide from a production budget of $9 million. 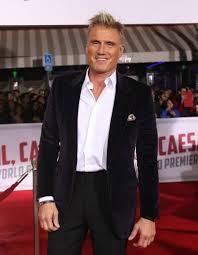 It has been announced that the actor will once again be reprising his role in The Expendables 4 (2018)ーthe film will also be the final instalment in the series. While additional details regarding the cast have not been released, there have been rumours about Jack Nicholson being offered the part of the main villain. According to Stallone, The Expendables 4 is tentatively set to come out sometime in 2018.

Another project that he recently took part in is the action thriller, Altitude (2017). Written by Tyler W. Konney, it revolved around an FBI agent who is offered millions of dollars to help a thief escape from a hijacked plane. Scheduled for a 2017 release, it will also star Denise Richards, Jonathan Lipnicki, Kirck Barker and Greer Grammar.