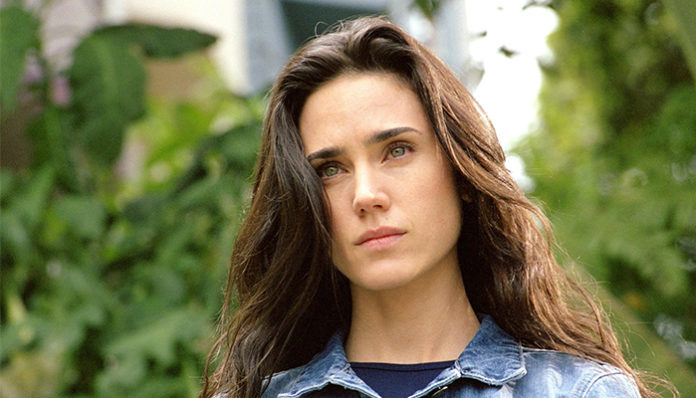 Award-winning actress, Jennifer Connelly initially rose to fame in the film, Requiem for a Dream (2000). Recognized for her charm and beauty, she began modelling at the tender age of tenーappearing on the covers of Muppet and Seventeen. Eventually capturing the attention of a casting director who happened to see her on a magazine, it wasn’t long until Connelly made her big screen debut in the crime drama, Once Upon a Time in America in 1984ーalthough she only had a few minutes of on-screen time, it was enough to showcase and reveal her natural talents. The following year, she landed her first leading role in the horror movie, Phenomena (1985). Rising in prominence as a young star, she later starred in the movies Seven Minutes in Heaven (1985), Labyrinth (1986), The Hot Spot (1990), The Rocketeer (1991), and Mulholland Falls (1995). Shortly after giving a stunning performance in the 1998 neo-noir film, Dark City, she received a well-deserved break when she was cast as a female lead in the psychological drama, Requiem for a Dream (2000).

Prior to her landing the role, Connelly was still relatively unknown as an actress, despite the handful of films which she appeared in previouslyーit was ultimately her portrayal in Requiem for a Dream that propelled her into stardom. Continuing with her flourishing career, she later secured a supporting part in the biopic film, A Beautiful Mind (2001), for which she received a Golden Globe Award, a BAFTA Award, and an Academy Award for in 2002. Since then, the actress has gone on to star in Hulk (2003), Dark Water (2005), Blood Diamond (2006), The Day the Earth Stood Still (2008), and He’s Just Not That Into You (2009), to name a few. More recently, she co-starred in the biblical epic, Noah in 2014 alongside Russell Crowse, Emma Watson and Ray Winstone. A successful and versatile artist, Connelly has received numerous awards for her work in the industry including a Critics Choice Award, an Online Film Critics Society Award, a Hollywood Film Award, any many others.

Named as the Ambassador for the Save the Children Organization as of 2012, the celebrity is also the face of many companies including the French luxury brand, Balenciaga, and the Japanese cosmetics company, Shiseido. Hailed as one of the most beautiful women in the world by several publications such as Esquire and Vanity Fair, she has appeared in well over forty different films over the past three decades. A familiar face on television, Connelly has been invited onto various talk shows over the years including Late Night with Conan O’Brien (2006), Late Show with David Letterman (2010), Up Close with Carrie Keagan (2014), and Live! with Kelly (2015).

What has the world-famous brunette been up to these past few years? What are some of the latest projects that she’s involved herself with? What happened to Jennifer Connelly? Where is she now in 2018?

Jennifer Connelly’s Childhood and Eventual Entry Into the Show Biz 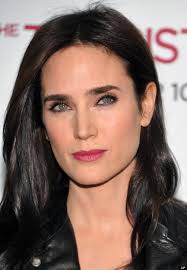 Born on December 12, 1970, in Cairo, New York, Jennifer Lynn Connelly is the daughter of Gerald Karl and Ilene Connelly, a clothing maker and an antiques dealer; she is of Norwegian, and Irish descent. Growing up, she spent most of her childhood in the Brooklyn Bridge area. When she was ten years old, a close family friend who worked in advertising brought up the idea of bringing the young girl to a modelling audition.

Off and she went, and before long she was appearing in a number of magazine (e.g. Seventeen, Muppet) and newspaper advertisements. Capturing the attention of a casting directorーwho happened to catch a glimpse of her on a coverーwith her beauty, he later recommended her to film director, Sergio Leone, who was working on the film, Once Upon a Time in America (1984) at the time; thus, Connelly made her big screen debut in the gangster epic at the age of fourteen.

After appearing in the film, she was cast as a lead part for the first time in Dario Argento’s horror thriller, Phenomena (1985). Later that same year, she went on to star in the romance comedy, Seven Minutes in Heaven (1985) alongside Byron Thames and Maddie Corman. Throughout the next two decades, Connelly went on to appear in a variety of movies including Labyrinth (1986), Some Girls (1988), The Hot Spot (1990), Career Opportunities and The Rocketeer (1991)ーthe last of which earned her a Saturn Award for the “Best Supporting Actress” category. After many years of rising steadily in fame, the actress received a big break when she was cast as a female lead in the psychological drama film, Requiem for a Dream (2000). 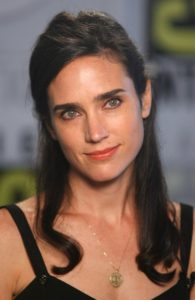 Based on a book of the same title by author Hubert Selby, Jr., Requiem for a Dream explored the lives and drug-induced utopias of four heroin addicts living in Coney Island. One of the main characters of the film, Connelly portrayed the role of Marion Silverーa young woman who  exchanges “personal services” for drugs. Aside from the actress, the movie’s cast list also featured the talents of Ellen Burstyn, Jared Leto, Marlon Wayans, Christopher McDonald and Mark Margolis.

Released in theatres on October 27, 2000, Requiem for a Dream received much praise from viewers, many of whom lauded it for its impactful acting and cinematography. Given a near-perfect three and a half stars rating from contemporary film critic Robert Ebert, Requiem for a Dream also spawned a soundtrack, which garnered much acclaim in itself. By the end of its theatrical run, it grossed over $7.4 million from a production budget of $4.5 millionーmaking it a commercial success. Noted for propelling Connelly into the next level of fame, the Academy Award-nominated movie earned the actress many award nominations (e.g. Independent Spirit Award, Las Vegas Film Critics Society Award, Online Film Critics Award, etc).

Just a year later, Connelly foundd herself landing yet another lead part in the biographical drama film, A Beautiful Mind (2001). Based on a real life story, the biopic followed the life of John Nashーa genius, yet antisocial mathematician after he accepts a job in cryptography. Released nationwide in theatres on January 4, 2002, it quickly proved to be a major hit, securing the number two position at the box office. Universally acclaimed, A Beautiful Mind received many positive reviews from critics, many of which applauded it for its portrayal of a mental illness.

Commended by John Nash himself, as well as the mathematics community, it went on to gross over $313 million worldwideーwhich is more than five times that of its production budget of $58 million. While Russell Crowe played the part of the mathematical genius, Connelly portrayed the role of Alicia Lardeーthe former’s eventual love interest, whom he later marries. Largely considered to be her breakthrough role, A Beautiful Mind earned her multiple awards including an Academy Award, a Golden Globe Award, and a Satellite Award for the category of “Best Supporting Actress”, amongst numerous others. 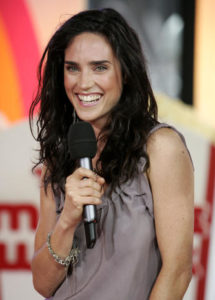 In the winter of 2003, Connelly starred in Vadim Perelman’s House of Sand and Fog. Adapted from a book written by Andre Dubus III, the film followed the life of an abandoned wife, who after being evicted from her house, finds herself standing against the home’s new ownersーan immigrant Iranian family. Starring the actress as Kathy Nicolo, the woman in question who is also a recovering drug addict, House of Sand and Fog also featured Ben Kingsley, Shohreh Aghdashloo, Ron Eldard and Frances Fisher in the main roles.

Opened nation-wide in the United States on December 19, 2003 after an initial limited release, the film grossed over $45,000 during its opening weekend. Despite its underwhelming performance at the box office however, it collided with much acclaim from both critics and viewers alike; it currently holds a favourable 75% approval rating on Rotten Tomatoes. Supported by an original sound track, House of Sand and Fog eventually earned over $16.9 million by the end of its theatrical run. Although it didn’t turn out to be a major blockbuster, it received several accolades including three Academy Award nominations and a Golden Globe Award nomination. For her dazzling portrayal of the troubled woman in the film, Connelly also received an award for “Best Actress” from the Kansas City Film Critics Circle later that year.

The actress’ next big hit came in 2006, when she was cast in the political thriller, Blood Diamond opposite of Leonardo DiCaprio. Set during the period of the Sierra Leone Civil War, the film depicted a match of wits between a businessman, a fisherman and a smugglerーall of whom are in search of a priceless diamond. Featuring a screenplay by Charles Leavitt, Blood Diamond was theatrically released on December 8, 2006 to mainly positive reviews. Created on a budget of $101 million, it ranked at number five and accumulated over $8 million during it opening weekend. In the film, Connelly played the part of Maddy Bowen, an American Journalist who plans on writing about the illicit diamond trade; other cast members include Djimon Hounsou, Kagiso Kuypers, Arnold Vosloo and Antony Coleman. Nominated for a Golden Globe Award in 2007, Blood Diamond ultimately went on to gross over $171 million in theatres across the world.

In the winter of 2008, Connelly starred in the science fiction film, The Day the Earth Stood Still, which was released in theatres that December. A modern remake of a movie from 1951, it centred around an extraterrestial who visits Earth, accompanied by his giant robot counterpart. Directed by Scott Derrickson, it also showcased the acting talents of Keanu Reeves, Jaden Smith, Kathy Bates, Jon Hamm and John Cleese. Despite the fact that it received less-than-ideal reviews from viewers, The Day the Earth Stood Still proved to be a commercial success, having grossed over $233 million worldwide. Taking on the part of Helen Benson, Connelly played the part of a renowned astrobiologist who is recruited by the government to study the alien messenger. 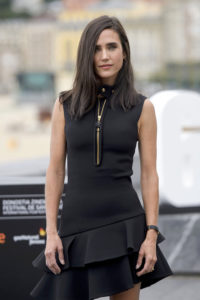 As of this past year, the star has been filming for an upcoming action film by the title of Granite Mountain (2017). Written by Eric Warren Singer and Ken Nolan, it will depict the story of the Yarnell Hill Fireーa real life wildfire that occurred in Yarnell, Arizona in the summer of 2013. Aside from Connelly, Granite Mountain will also be starring Ben Hardy, Taylor Kitsch, Miles Teller, Rachel Singer and Natalie Hall. Currently in post-production, it is set to be released in theatres on September 22, 2017 in the United States.

In terms of other projects, Connelly also recently appeared in the crime drama film, American Pastoral (2016) earlier this fall. Based on a novel by Philip Roth, it also featured portrayals from  Ewarn McGregor, Dakota Fanning, Peter Riegert and Ruper Evans.

Unfortunately for us fans, it doesn’t look like she has any social media accountsーas an alternative, you can check out her IMDb page for some of her latest roles.