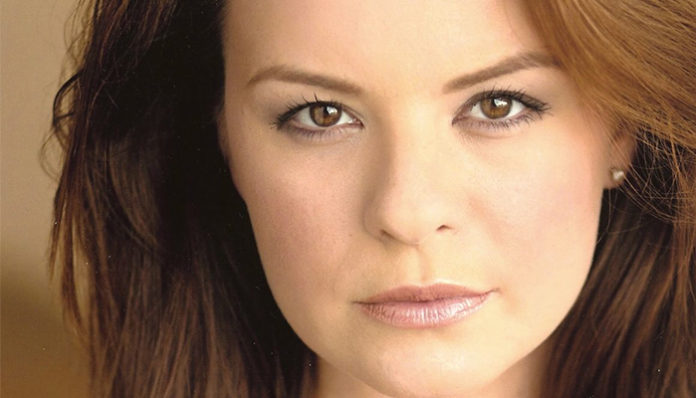 A former student of the USC School of Film, actress Jenna Von Oy is most well known for portraying Six LeMeure in the sitcom, Blossom (1990). Growing up in Connecticut, the brunette participated in several local stage productions as a child. When she was six years old, she made her first appearance on national television in a commercial for Jell-o. By the time she was nine, she had made her official acting debut in the TV film, The Kingdom Chums: Little David’s Adventure (1986). Continuing to put herself in front of the cameras, she later appeared in Tales from the Darkside (1986), At Mother’s Request (1987), Kate & Allie (1987), and Monsters (1989). After several scattered roles, she was chosen to co-star in the CBS comedy, Lenny (1990); although short-lived, the series ultimately offered the aspiring actress her first major role on television. Shortly afterward, Von Oy received an even bigger opportunity when she was cast as one of the main leads on the NBC show, Blossom (1990)ーto this day, it remains to be one of the best remembered portrayals of her career.

Popular amongst viewers, Blossom proved itself to be a successful and long-running series; for the effort that she put into the sitcom, Von Oy was nominated for three Young Artist Awardsーamongst which were two wins for the categories of “Best Youth Comedienne” and “Best Young Actress Co-Starring in a Television Series”. While she was starring on the show, the brunette also took on a handful of side projects; for instance, she guest-starred in Saved by the Bell: The College Years (1993), A Goofy Movie (1995), and Family Values (1995). After Blossom came to an end, she found herself playing a couple of roles in the TV movies, She Cried No (1996), and Dying to Belong (1997). Following that, she made a number of guest appearances in Chicago Hope (1997), Unhappily Ever After (1997), 7th Heaven (1998), and Moesha (1999).

So what has the actress of Blossom fame been up to recently? What has the Connecticut-native been busy with as of late? Is she still acting full-time? What happened to Jenna Von Oy? Where is she now in 2018? 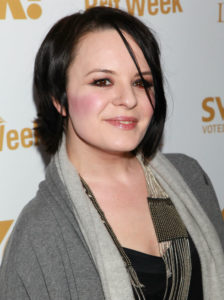 Born on May 2, 1977 in Danbury, Connecticut, Jenna Von Oy is the daughter of Frank and Gloria Von Oy. A gifted performer, she took part in a number of local stage productions as a young girl. By the time she was six years old, she had started her professional career, appearing in various television commercials including one for Jell-o.

A few years later when she was nine, the brunette made her small screen debut in the TV movie, The Kingdom Chums: Little David’s Adventure (1986). Shortly afterward, she played a couple of small roles in the series, Tales from the Darkside (1986), and ABC Weekend Special (1986). Continuing to auditions for various roles, Von Oy soon found herself appearing in At Mother’s Request (1987), Kate & Allie (1987), and Monsters (1988). In 1989, the aspiring actress also broke into the film industry with a minor appearance in the biopic, Born on the Fourth of July.

Several roles after her acting debut, Von Oy received a break with the CBS sitcom, Lenny (1990) in which she was cast as one of the supporting characters. Filmed under the direction of Terry Hughes and Andy Cadiff, it starred American actor Lenny Clarke as Lenny Callahanーa working-class man who works two jobs, one as a labourer for an electric utility company and another as a hotel doorman. Aside from him, the series also focused on his wife, Shelley (played by Lee Garlington) and their three children. In the show, Von Oy starred as Kelly Callahan, one of Lenny’s daughters; her on-screen sister was played by actress Alexis Caldwell. In addition to the aforementioned actors, Lenny‘s cast list also included Peter Dobson, Alice Drummond and Eugene Roche.

Premiered on CBS on September 10, 1990, the sitcom was broadcasted at the same time as two established TV showsーUnsolved Mysteries and The Wonder Years. Possibly due to this, Lenny was not able to capture a wide audience; consequently, it was put on hiatus in October. Although it eventually made its way back onto television screens in December under a new time slot, it was later cancelled in March of 1991 due to low ratings. Still, the show is noteworthy simply because it was Von Oy’s first major TV role; it also garnered her her first Young Artist Award nomination for “Best Young Actress Starring in a New TV Series” in 1991. 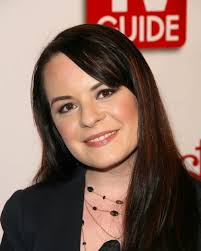 Not long after landing her part in Lenny, Von Roy found herself offered a starring role in the NBC sitcom, Blossom. Unbeknownst to the actress at the time, it would become one of her most well-established performances on television. Created by television producer Don Reo, the show revolved around the life of an Italian-American teenager by the name of Blossom Russo (played by Mayim Bialik). As it happened, she quickly found herself living in a male-dominated household after her mother left to pursue her own life early on in the series; at home, she lived with Tony (played by Michael Stoyanov), her oldest brother who is a recovering drug addict and alcoholic, her middle brother Joey (played by Joey Lawrence), a ladies man who is also a baseball player, and her over protective father, Nick (played by Ted Wass).

One of the show’s main cast members, Von Roy portrayed the part of Six Dorothy LemeureーBlossom’s best friend. In the series, her character lands herself in a variety of difficult situations including dating a married man and becoming an alcoholic. Later in the sitcom, it is explained that she was named “Six” due to the fact that she was her parents’ sixth child. After an initial premiere of the pilot in July 1990, Blossom was broadcasted on January 3, 1991 on NBC. Fairly popular, it garnered over eleven million viewers during its initial season; its ratings eventually went up during the subsequent seasons, although it did come back down for its final season in 1994. Following a four year run, it came to an end on May 22, 1995; ultimately, Von Oy had appeared in all 114 of the series’ episodes.

For her portrayal of Six in the Primetime Emmy Award-nominated sitcom, the actress received two Young Artist Awards in 1993 and 1994; she was also nominated for the category of “Best Young Actress Co-Starring in a TV Series” in 1992. 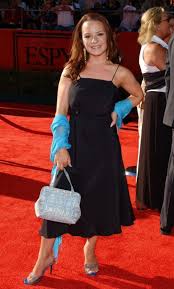 The year after Blossom wrapped up, the brunette co-starred in a NBC made-for-television film called, She Cried No (1996). Written by Kathleen Rowell and directed by Bethany Rooney, it depicted the story of Melissaーa freshman at college who finds herself anxious to fit in with the popular crowd. After being invited to a party by a student named Scott however, she tragically falls victim to a rape after being drugged.

With help from her brother Michael, she later seeks justice for the event over the course of the movie. While actress Candace Cameron Bure portrayed the role of Melissa, Von Oy played the part of Jordan McCann, one of her two roommates who accompanied her to the party. Other cast members include Mark-Paul Gosselaar, Lawrence Pressman, Bess Armstrong and Brandon Douglas.

Originally released on September 23, 1996, She Cried No received generally favourable reviews from viewers. Although the made-for-television movie had its fair share of flaws, many praised it for its powerful take-home messagesーone of which was the importance of victims to speak up following an incident. She Cried No currently holds a 6.3/10 rating on IMDb.

In the summer of 1999, Von Roy landed her third major role on television in the series, The Parkers. The brainchild of Vida Spears, Sara V. Finney, and Ralph Farquhar, the sitcom revolved around a motherーwho dropped out of high school after becoming pregnant as a teenーand her daughter who both attend Santa Monica College. While Kim, her daughter, is initially apprehensive about the idea, she later comes to accept the situation. The two main characters were played by Countess Vaughn and Mon’Nique. In the show, Von Roy starred as Stevie Alison Van LoweーKim’s best friend who comes from a well-off family; the two are also part of a group called “Free Style Unity” with a mutual friend, Thaddeus Radcliffe (played by Ken Lawson). Boasting an all-star cast, The Parkers also featured performances from Mari Morrow, Dorien Wilson, and Yvette Wilson.

A UPN sitcom, The Parkers hit the screens for the first time on August 30, 1999. Despite having only attracted 2.6 million viewers during its first season, its ratings gradually increased in the later years; at its peak in 2001, it garnered over four million audience members. Well-received, the sitcom received many positive reviews, many of which praised it for its outrageously funny script. Recognized within the industry, it also won numerous awards during its run including four NAACP Image Awards; in addition, it was also nominated for five BET Comedy Awards and a Young Artist Award. Over 100 episodes later, the sitcom broadcasted its series finale on May 10, 2004. 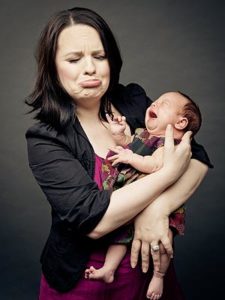 Ever since the actress became a mother in 2012, she hasn’t been appearing in many (if any) projects; looking back, her last major appearance was in that of the 2012 drama film, Lukewarmーeven then, she only had a minor role.

Having said that, according to her IMDb page, Von Oy has recently co-starred in a comedy film called, Cecil, which is currently in the post-production stages. Written and directed by Spenser Fritz, it centres around a fourth grader named Cecil Stevens who because of his terrible lisp, decides to change his name to Michael Jordan. Members of the cast include Jason London, Valerie Jane Parker, Christa Beth Campbell, and Aaron Munoz; the title character will be played by Sark Asadourian.

If you’d like to stay up-to-date and connected with the 39-year-old actress, you can do so by following Jenna Von Oy on social mediaーyou can find her on Twitter and Instagram at @JennavonOy.