The Game Net Worth – How Rich is The Game 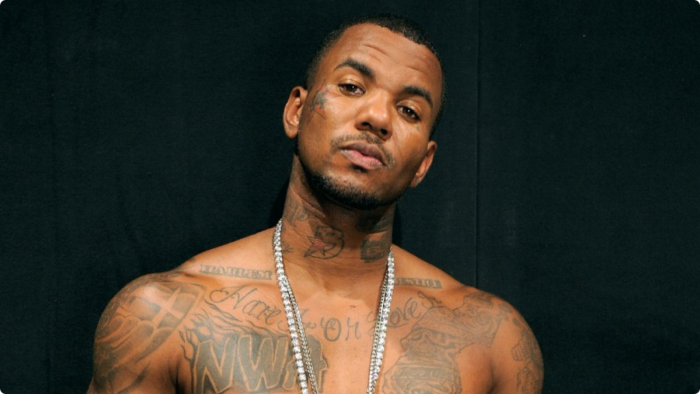 Few artists have had as much of an influence on the Hip-Hop scene as The Game. Coming from a troubled childhood, the American rapper turned his life around and became an internationally recognized master of his craft. As usual, million-strong record sales convert to an impressive paycheck. Let’s see how The Game earned his fortune and what he did with it.

The Game Net Worth: $25 Million

How did The Game make his money and wealth?

Jayceon Terrell Taylor was born on November 29, 1979 in the American city of Los Angeles. Growing up in the poverty stricken, crime ridden area that is Compton is never easy. Jayceon lived in Santana Blocc, a Crip gang neighborhood known for their ruthless nature. He remained a member of a gang known as the Bloods and delved into the life of a gang member from a young age.

His family was no different to those who lived in the area, being poor and as Jayceon describes them, “dysfunctional.” From the age of seven, the rapper-to-be was put into foster care. At thirteen, his brother was killed in a shooting, further adding to the hardships that he faced. After moving in with his mother at fifteen, he attended Compton High School and enjoyed track and basketball. While the university denies it, Jayceon claims that he did receive a scholarship from Washing State but was expelled after being caught with drugs.

In 2001, The Game delved into the world of rap and hip-hop and realized the dream of creating his own music. While recovering from gunshot wounds, he asked his brother to buy him as many classic hip-hop albums as he could. He began studying them and devised his own strategy to enter the rap scene. His stage name originated from his grandmother’s love of the 1997 movie of the same name. After his recovery, The Game released his first mixtape alongside his brother, Big Fase, titled You Know What It Is Vol. 1. After receiving some attention from a hip-hop summit, he landed a record deal and started working on an album.

A few months later, fellow rapper Dr. Dre discovered The Game and contacted him with the intention of creating a partnership. From there, the two worked together at Aftermath Entertainment and The Game spent the next few years working on his first studio album under the guidance of his new mentor. During the said period, he developed his persona and built his reputation by appearing in more popular rapper’s music videos.

Despite not yet releasing his own album, The Game decide that it would be a good idea to release a documentary based on himself. This was done in an attempt to create more hype and popularize his image so that when he did release his own music, there would be an eager target market.

His album was generally met with positive critical reception and acted as a benchmark to push his career further up the charts. He continued to work with A-Listing rappers and released an impressive portfolio of songs throughout the 2000’s and early 2010’s. His international success drove him to create another documentary based on what he had done throughout the years that his career skyrocketed. He also appeared in numerous films, television shows, music videos and even two video games. The Game received an impressive amount of awards and nominations for his work and has became a household name for many around the world.

The American rapper has found international success and with it, an impressive paycheck. Not only did he earn a significant amount through record sales, but also his appearances on the silver screen and through music videos. Many of which are available on YouTube, where he earns even more through advertising revenue. As with most stars, income from endorsements and sponsorships further push up the figures. This has all added up to earn The Game a net worth of around $25 million. 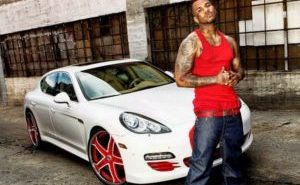 While it may seem cliche, The Game loves his cars and has been very public about his prized possessions. A few of the most noteworthy ones will be outlined below, but there are many more in his garage. He owns a pair of Porsche Panamera’s, one of which is wrapped in an opulent matte-gold, whereas the other steals the show with large, custom red and white rims which accentuate the pearlescent gray paint job flawlessly.

He also owns a Bentley Continental GT styled with an orange paint job with matching rims and a wide body kit, giving the supercar a look reminiscent of the style that was so prominent in the 2000’s. While The Game loves his roaring V8’s, he also owns an electricity-powered supercar, the Fisker Karma. The rare supercar is styled with a cherry red paint job and custom rims to match.

He also owns a very custom Cheverolet Camaro, a Rolls Royce Ghost, a Bugatti Veyron and numerous other impressive machines. It goes without saying that The Game has one of the most impressive garages of any rapper.

While the American rapper loves splurging on expensive cars and jewelry, he has also made sure to use his fortune to give back to those in need. He launched the Robin Hood Project, which challenged him to give away a generous $1 million to those in need between September and October of 2013. According to Look to the Stars, he has also donated to causes that involve adoption, fostering, orphans, HIV & AIDS, grief support, poverty and hunger.

Many fans point out to the fact that his difficult childhood has influenced his drive to give back to those who are in the situation The Game was once in himself. 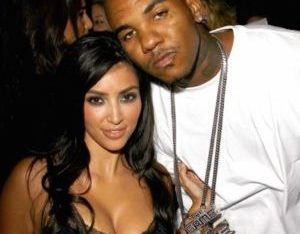 While the 37-year-old rapper has an impressive music portfolio, the same can be said about his dating history. In 2006, he was engaged to Valeshia Butterfield and through 2011, he was engaged to Tiffany Webb. Neither of those relationships worked out.

In chronological order, he is also said to have dated Mya, Keyshia Cole, Kim Kardashian, Gloria Govan, India Westbrook, Briona Mae and is rumored to have dated Karrueche Tran in 2015. Unfortunately, none of those relationships lasted long, which can most likely be owed to his busy career and fame. This makes it difficult for most people in his industry to dedicate time to loved ones. He is currently dating Apryl Jones.