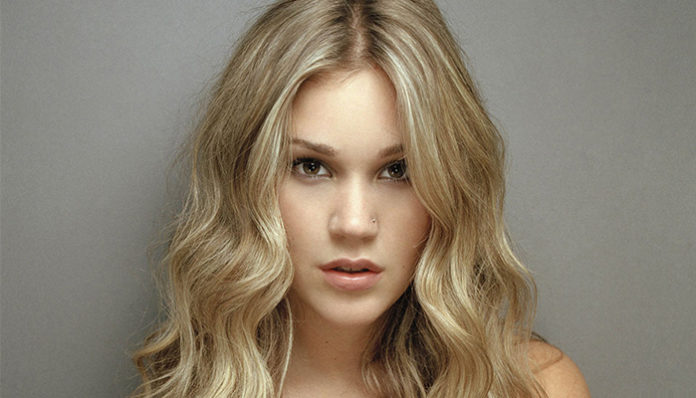 Raised in England, Joss Stone first rose to fame with the release of her debut album, The Soul Sessions in 2003. Despite having listened to a wide range of music growing up, she had always been especially fond of soul musicーsuch as the songs performed by her idols Aretha Franklin and Dusty Springfield. When she was thirteen years old, the blonde auditioned for a talent show on BBC TV, Star for a Night, in which she sang a rendition of (You Make Me Feel Like) A Natural Woman by and It’s Not Right but It’s Okay. Following a successful try out, she performed On the Radio by Donna Summer and ultimately took home the winner’s title. Having caught the attention of Steve Greenberg, the founder and CEO of S-Curve Records, Stone was later offered a recording contract with the label. Flying down to Philadelphia and Miami to work on her debut album, The Soul Sessions, as it was called, was eventually released in the fall of 2003.

Quickly sold out in stores, the album effortlessly made its way onto various charts around the world; it later became the singer’s first multi-platinum certified record in the United Kingdom. Since then, Stone has gone on to release six more full-length albums, three extended-plays, nineteen music videos and thirty-six singlesーa number of which have charted in her native UK. Having said that, her best-selling album remains to be that of The Soul Sessions, have sold approximately five million copies across the world. A few of her most popular single hits include: Fell in Love with a Boy, You Had Me, Don’t Cha Wanna Ride, and Tell Me What We’re Gonna Do Now. A frequent collaborator with other artists, Stoneーwho received a Grammy Award back in 2007ーhas also worked with Elton John, Dean Martin, Al Green, David Sanborn, Tower of Power, and Johnny Hallyday, amongst others.

Besides music, the blonde has also dipped her feet into acting. At the age of eighteen, Stone also made her television debut in an episode of the drama, American Dreams (2005), in which she appeared as a singer. The following year, she appeared in a feature film for the first time in the adventure movie, Eragon (2006). Afterward, it wasn’t until 2009 that she returned to the small screenーthis time as a voice actressーin the animated series, American Dad!. From there, she played a recurring role in the romance drama, The Tudors (2009)ーwhich is also her latest portrayal on television. In 2010, she lent her voice to two video games, The Funeral Planner and James Bond 007: Bloodstone.

So what has the British singer-songwriter been up to recently? Is she still recording music for her fans at the studio? What are her latest endeavours and projects? What happened to Joss Stone? Where is she now in 2018? 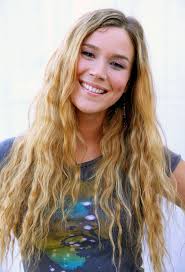 Born on April 11, 1987 in Kent, England, Joss Stone (Birth Name: Joscelyn Eve Stoker) is the daughter of Richard and Wendy Stoker, the former of whom was the owner of a fruit and nut business. Growing up, she spent her early years in a small village called Ashill with her three siblings. As a teen, she went to Uffculme Compreshensive Schoolーit was during her time there that she performed on stage for the first time with a rendition of Jackie Wilson’s, Reet Petite. Due to her dyslexia however, Stone eventually dropped out of school at the age of sixteen, having only attained three GCSE qualifications.

A definite fan of music ever since she was young, Stone listened to a variety of genres including 60’s and 70’s R&B and soul music; her favourite idols included that of Aretha Franklin and Dusty Springfield. Consequently, she developed a passion for the soulーa style which she later adopted as her own. At the age of thirteen, Stone took her chances and auditioned for Star for a Night, a BBC TV talent show; for it, she sang both Whitney Houston’s It’s Not Right but It’s Okay and Goffin-King’s, (You Make Me Feel Like) A Natural Woman. Before she knew it, she had emerged as the winner of the competition, having performed a rendition of On the Radio by Donna Summers during the broadcast.

Soon afterwards, the aspiring singer was invited to perform on a charity showーit was during that performance that he caught the attention of the Boilerhouse Boys. Impressed with what the young blonde was able to put forth, the artists’ producers later spread word about her talents to Steve Greenberg, the CEO and founder of the New York City-based label, S-Curve Records. After (another successful) auditionーwhich saw her performing (Sittin’ On) The Dock of the Bay and Midnight Train to Georgiaーin front of Greenberg in New York in early 2002, the blonde was offered a recording contract with the company. Following that, she flew down to Philadelphia and Miami and promptly began working on her debut album. 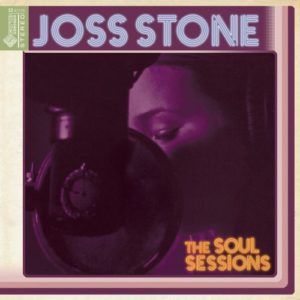 After two months of recording, Stone released her first full-length album, The Soul Sessions on September 16, 2003. Featuring the production of Mike Mangini, Steve Greenberg, Ahmir Thompson and Betty Wright, it contained entirely of coversーall of which were soul songs from the 60’s and 70’s. Working with several musicians such as Timmy Thompson, Benny Latimore and Little Beaver, the album contained ten tracks; a few titles included: The Chokin’ Kind, Victim of a Foolish Heart, Dirty Man, I’ve Fallen in Love With You, and I Had a Dream. Upon its release, it debuted at number 89 on the UK Albums Chart and later managed to reach the fourth position by the fifth week; eventually, it peaked at number one on both the UK R&B Albums and the top UK Albums Charts.

A considerable hit overseas, The Soul Session also found its way onto the charts of numerous countries including Australia, Austria, France, Canada, Belgium, Japan, New Zealand, and many others. Met with generally positive reviews, the debut album successfully showcased Stone’s extraordinary voice, which garnered her much praise from critics; for instance, it was given a “B+” grade by Entertainment Weekly. Later producing two singles, Fell in Love with a Boy and Super Duper Love, the album has since earned 3x Platinum certification from the BPI, having sold over a million copies in the UK.

Following her initial success, Stone came out with her second studio album entitled, Mind Body & Soul on September 15, 2004. Recorded in New Jersey, Miami and New York City studios, it contained fifteen tracks, including Jet Lag, Less Is More, Young at Heart, Snakes and Ladders, Don’t Know How, and Torn and Tatteredーmost of which were co-written by the soul artist herself. Proving itself to be a popular hit, the album opened at number one on the UK Albums Chart and quickly sold 75,000 copies within the first weekーmaking her the youngest female artist to have achieved such a feat. In the United States, Mind Body & Soul also captured the attention of fans, having reached number eleven and number fifteen on the Billboard 200 and Top R&B and Hip Hop Albums Chart respectively.

Hailed as a “terrific album” by critic John Murphy, Mind Body & Soul also received impressive reviews from Allmusic and Yahoo! Music. Well-received all around, it eventually earned the singer Grammy Award nominations for the categories of “Best New Artist”, “Best Pop Vocal Album” and “Best Female Pop Vocal Performance”. Although not as successful as her debut effort per se, it did go on to sell a little less than a million copies in the United Kingdom; still, it achieved triple platinum accreditation from the BPI in 2005ーjust a year after its release. 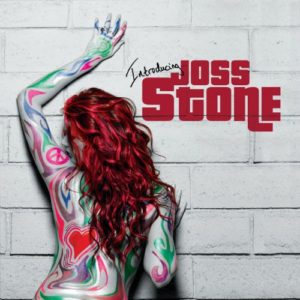 In the spring of 2007, Stone dropped her third studio album, Introducing Joss Stoneーit was also her first record under the Virgin label. Produced wholly by Raphael Saddiq, it boasted a fourteen-song track list, amongst which included a few guest appearances from artists such as Common, Vinnie Jones and Lauryn Hill; some standouts include Girl They Won’t Believe It, Put Your Hands on Me, Arms of My Baby, Bruised but Not Broken, and What Were We Thinking.

After being made available in stores, Introducing Joss Stone debuted at number twelve on the UK Albums Chart, and sold approximately 27,000 units during the first weekーa substantially lower amount compared to her preceding album. Nonetheless, it still managed to chart overseas in the countries such as France, Sweden, Poland, New Zealand, Japan, the United States, the list goes on.

Despite the fact that reactions on the album appeared to be divided (for instance, NME gave it a 2/10 rating while Entertainment Weekly gave it a “B-” score), the general consensus was still positive. To date, Introducing Joss Stone has sold over 652,000 copies within the United States and over 1.3 million units worldwide; as of July 2013, the album was certified Silver by the BPI.

A couple of years later, her fourth studio album, Colour Me Free! was released in stores. Similar to her previous releases, it featured several music guests including Jeff Beck, Nas, Sheila E., Raphael Saddiq, and David Sanborn. Amongst its track list were the songs: Big Ol’ Game, Governmentalist, You Got the Love, I Believe It to My Soul, and Could Have Been You; a few of which were also co-produced by Stone. In spite of the positive reviews that it garnered, the album was ultimately not as commercially successful as her previous endeavours; upon its debut, it reached number 75 on the UK Albums Chart and sold a little less than 3000 copies in the first weekーmaking it her lowest-peaking release in the UK to date. According to reports, a little over 14,000 units have since been sold in the United Kingdom.

Since then, Stone has created her own independent record label called Stone’d Records under which she’s released her subsequent albums, LP1 (2011), The Soul Sessions Vol. 2 (2012), and Water for your Soul (2015). Although all three of them managed to chart, they did not compare in success to those albums that she put forth during her peak years in the early 2000’s. 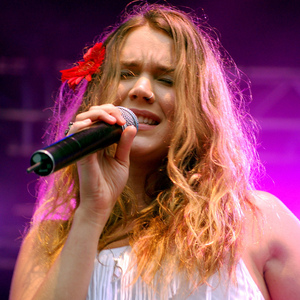 Earlier this January, the 29-year-old Grammy Award-winning artist did something incredibleーshe made a special guest appearance in an old people’s home where she gave the elderly residents an impromptu concert. According to the care home manager, music is one of the activities used to help stimulate its residents, thus it meant a lot to everyone when Stone took time out of her busy schedule to give them a performanceーthere was no doubt that she naturally engaged the entire audience.

In other news, it was recently announced that the singer will be headlining the Xerox Rochester International Jazz Festival, which is set to take place in the summer of this year on June 23, 2017. Other artists present include King Crimson, Mavis Staples and Sheryl Crow.

If you’d like to stay up-to-date and connected with the soul singer, you can do so by following Joss Stone on social mediaーyou can find her on Twitter and Instagram at @jossstone.