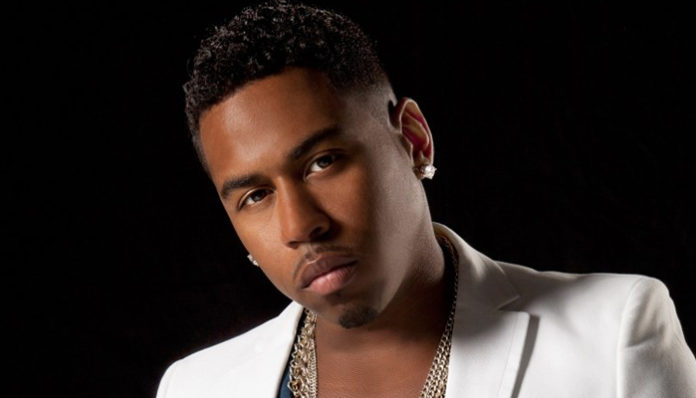 Bobby Wilsonーmore commonly known as Bobby Vーbroke into the R&B music scene with his debut album, Bobby Valentino in 2005. Having always enjoyed music as a creative outlet, he joined a youth quartet named Mista at the age of sixteen. As a group, they released their one and only self-titled album in the summer of 1996, after which they went their separate ways. Following that, Bobby enrolled himself back in school, all while hoping that one day he’d be able to return back to the performing lifestyle. In 2002, the aspiring artist auditioned for the first season of American Idol although he ultimately did not make the cut. Unswayed and filled with determination, he later recorded a few demon albums, which eventually made its way to the president of the Disturbing Tha Peace. From there, he landed himself a recording deal and swiftly began working on his debut album at the studio. Finally in the spring of 2005, he released his eponymous album, Bobby Valentino.

A considerable success for the new artist, the album managed to work its way up to respectable positions on the US Charts. Since his debut, Bobby has released a total of five studio albums, twelve singles, four mix tapes, and one extended play. In addition to that, he has also released a collaborative album entitled, The Next of Both Worlds with Stix. To date, his best-selling and most successful album remains to be that of Bobby Valentino, which has sold more than 500,000 copies in the United States. A few of Bobby’s most popular hits include Pimpin’ All Over the World, Mrs. Officer and Payow!. Recognized for his talents, the R&B singer has received several recognitions over the yearsーin 2005, he won the Dirty Award for the category of “Best R&B Male”. Since then, he has also been nominated for two Soul Train Music Awards (e.g. Best R&B/Soul Single, New Artist), an NAACP Image award (e.g. Outstanding New Artist) and a Vibe Award (e.g Reelest Video).

Around the time of his second album release, Bobby also made his television debut in the TV film, Once Upon a Prom (2007). Later on in 2011, he appeared in the motion picture, Video Girl where he had the opportunity to play alongside Ruby Dee, Adam Senn, and Meagan Good. Soon afterward, he portrayed a small role in the comedy flick, Switchin’ the Script (2012), after which he appeared in the award-winning television movie, Kasha and the Zulu King (2012). Most recently in 2016, he played a cameo in the action film, Demons of Jack County.

So what has the Mississippi-born singer-songwriter been up to these days? At thirty-six years of age, is he still actively producing music? What new projects have he been working on recently? What happened to Bobby V? Where is he now in 2018? 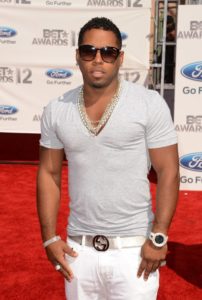 Born on February 27, 1980 in Jackson, Mississippi, Bobby V (Birth Name: Bobby Wilson) is the son of Margarett Wilson and Bobby L. Wilson. Growing up in Atlanta, Georgiaーwhere he later relocated to with his family, he listened tirelessly to music everyday and was particularly fond of the works of Jodeci, Marvin Gaye, Michael Jackson, and The Isley Brothers.

Inspired to step foot into the R&B scene himself, he later joined a youth quartet called Mista in 1996 at the age of sixteen. Together with his bandmates, they released their debut album, Mista in July of that year, which spawned a hit single entitled, Blackberry Molasses. Although they later recorded a second album, which was produced by Tim & Bob, it never ended up being released prior to their disbandment in 1997 due to management issues.

After the group split up, Bobby went back to school, enrolling himself at Clark Atlanta University where he studied mass communications. Even during his studies, he continued to remain hopeful that one day he would be able to return back to life in the studio. At the age of twenty two, the singer auditioned for the first season of the talent competition series, American Idol however ultimately did not make the cut. Despite the lack of success, he went on to record three demo albums, all while finishing up his college classes. Eventually, the records reached the hands of Ludacris, who then sent them to Chaka Zuluーthe president of the Disturbing Tha Peace recording label. Not long afterwards, Bobby was a step closer to his dream of making it big as a music artist, having secured a recording deal. From there, he was also invited to guest star in Ludacris’ hit, Pimpin’ All Over the World. 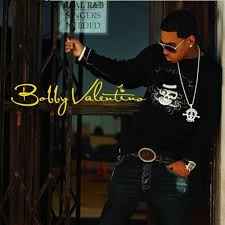 On April 26, 2005, Bobby released his self-titled debut album, Bobby Valentino with the help of Tim & Bob, who served as its executive producers. Distributed via the Def Jam and Disturbing Tha Peace label, it contained seventeen R&B tracks including Give Me a Chance, Never Lonely, Come Touch Me, I’ll Forgive You, Lights Down Low, and One Girl to Loveーthe first of which featured Ludacris. Upon its release, it opened at number three on the US Billboard 200 and sold approximately 180,000 units during the first weekーmaking it a successful debut for the artist. Later on, Bobby Valentino also reached the top of the Billboard Top R&B and Hip Hop Albums Chart at number one.

Still, like many music albums, it was met mixed reviews; while some critics such as David Jeffries of Allmusic lauded it for its slick production and songwriting, others publications such as the Rolling Stone and the Stylus Magazine gave it less favourable ratings. Nevertheless, Bobby Valentino successfully netted Bobby an NAACP Image Award nomination for “Outstanding New Artist” the following year. Having spawned two singles, Slow Down and Tell Me, the album has sold sold over 708,000 copies within the United States, earning it Gold certification from the RIAA. Outside of the country, it also peaked at number 74 and number 34 on the French and UK Albums Charts respectively.

In the summer of 2007ーafter an initial delay, Bobby dropped his second studio album entitled, Special Occasion. Produced by a team of talented individuals including Tim & Bob, Sean Garrett, Timbaland, amongst others, it boasted eighteen tracks, three quarters of which were co-written by the hip hop artist; a few songs from the track-list include Home is Where You Belong, Can’t Wait Til Later, Soon As I Get Home, and Only Human. Due to a lawsuit in the United Kingdom at the time that revolved around another individual by the name of “Bobby Valentino”, the album was simply labelled as “Bobby” in the UK.

On the charts, its debut was met with comparable success to that of his first album; upon its release, Special Occasion debuted at number three on the Billboard 200, having said that, its first-week sales were considerably lowerーhaving only sold approximately 92,000 copies. Regardless, it still proved to be popular amongst fans, having eventually reached the top of the US Top Hip Hop and R&B Albums Chartーmaking it his second consecutive album to do so. Generally well-received, Special Occasion received a three star rating from Allmusic and a “B-” score from Entertainment Weekly. As of 2009, the albumーwhich later spawned two singles, Anonymous and Turn the Pageーhas achieved over 550,000 domestic sales, earning it Gold accreditation from the RIAA in the United States. 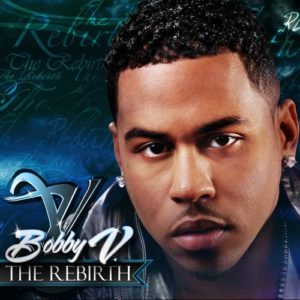 In two years, Bobby released his third studio album, The Rebirth on February 10, 2009. The first to be released under his own independent label, Blu Kolla Dreams, it mostly revolved around themes of relationships. Featuring the production efforts of LOS Da Maestro and long-time collaborators Tim & Bob, its standard edition showcased seventeen tracks including Butterfly Tattoo, Hands on Me, Make You the Only One, Be My Love, and You’re Not Alone; the album’s lead single, Beep was released online via iTunes in October of 2008.

Less successful than his preceding works, it entered the US Billboard 200 at number seven and sold approximately 64,000 units in the first week. Having said that, it still eventually managed to peak at the top of the Top R&B and Hip Hop Albums Chart. Praised for its ballads and mid-tempo tunes, it was given a modest three star rating by critics at Allmusic. Later that year, the album spawned a second single, Hands One Me, which peaked at number fifty-six on the US R&B and Hip Hop Songs Chart.

On March 22, 2011, Bobby V released his fourth studio album entitled, Fly on the Wall. His second release through his own independent label via Capitol Records, it featured several guest rappers including Lloyd Banks, 50 Cent, and Cyhi Da Prynce. Once again co-produced by Tim & Bob, the album consisted of eighteen tracks; some titles from the track-list include Are You the Right One, If I Can’t Have You, Hang On, Last Call for Love, and Thank You. Upon being made available, Fly on the Wall debuted at number nine on the Billboard 200, and sold 38,000 copies in the first week; in the subsequent week, it dropped to number sixty on the Billboard 200. Nevertheless, it managed to later reach number four on the Top R&B and Hip Hop Albums Chart. Rated three and a half stars by Allmusic, the album eventually spawned three singlesーRock Wit’cha, Phone #, and Words. 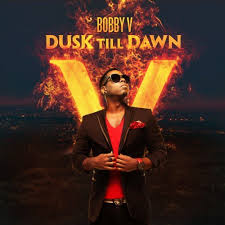 The next year, the R&B artist dropped his fifth full-length album entitled, Dusk Till Dawn under Blue Kolla Dreams and E1 Music. Much like his preceding works, it included guest appearances from a number of artist such as Future, Cassidy, Red Cafe, and Lil Wayne. Boasting thirteen songs, it was significantly less successful in terms of sales, having sold only 5000 copies in its first week after debuting on the Billboard 200 at number ninety-one. The album eventually spawned two singlesーMirror, and Put It In, the first of which reached number forty-nine on the US R&B Chart.

Since then, Bobby hasn’t released any more studio albums, although he has put forth an extended play called Peach Moon in December of 2013. In 2016, he also recorded and released Hollywood Hearts, which served as the soundtrack for his BET original film.

In terms of most recent endeavours, Bobby has spent the last few months promoting his movie, Hollywood Heartsーas mentioned above. In a later interview, the explained that he had wanted to “do a mini movie for [his] next album”. Following through with that though, he eventually recruited the help of video director, Ben Brown, who helped to put his project together.

Outside of that, we’re not too sure what the singer has planned for 2018ーall we do know, is that he appeared in a couple of episodes of the reality series, Love & Hip Hop: Atlanta (2016) and had also appeared as himself in the documentary, The Art of Organized Noize (2016) this past year.

If you’d like to stay-up-to date with the American singer, you can do so by following him on social mediaー you can find Bobby V on Twitter at @BobbyV. Of course, you can also visit him on his official Facebook page, @bobbyvmusic.