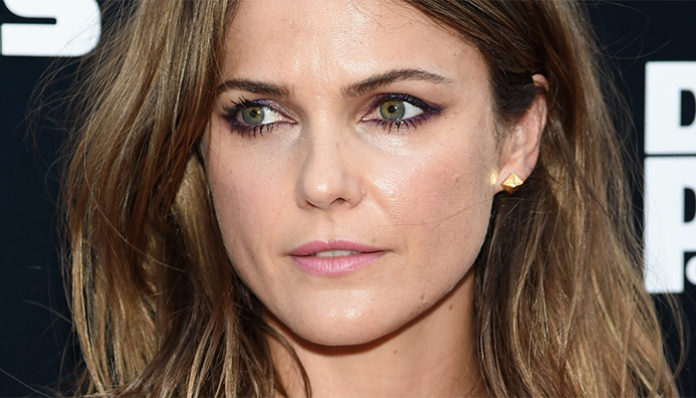 Golden Globe Award-winning actress Keri Russell first rose to international recognition for her portrayal in the drama series, Felicity (1998). An avid dancer, she danced all throughout her youth. When she was fifteen years old, her dancing landed her a spot in the children’s variety show, Mickey Mouse Club (1991). After being a cast member on the seriesーwhich also served as her television debutーfor three years, she moved to Los Angeles, California in her late teens to pursue a professional acting career. Around that time, she appeared in a number of TV series including Daddy’s Girls (1994), Married with Children (1995), The Babysitter’s Seduction (1996). In 1996, Russell was all cast as one of the main leads in the soap opera, Malibu Shores though it ultimately proved to be short lived, having been cancelled after one season.. The next year, she made a few appearances in Eight Days a Week (1997), When Innocence is Lost (1997), and Roar (1997)ーthe first title being her second time on the big screen.

Finally in 1998, the brunette received a huge break when she was offered the part of Felicity Porter in The WB drama, Felicity. Hailed as “One of the Best TV Shows of All Time” by Time Magazine, the series quickly gained a loyal following upon reaching screens. Her breakthrough role, Russell’s portrayal of Felicity Porter earned her critical praise, including a Golden Globe in 1999 for the category of Best Performance by an Actress in a Television Series. While she was starring on Felicity, the actress also took part in the Fox TV film, CinderElmo (1999). From there, she went on to appear in Into the West (2005), The Magic of Ordinary Days (2005), and Scrubs (2007). More recently, Russell was also one of the leads in the comedy, Running Wilde (2010). Since she first broke into the acting scene, she has appeared in more than thirty different projects.

Besides acting on television, Russell has also starred in sundry films over the years. At the age of sixteen, she made her motion picture debut in the science fiction comedy flick, Honey I Blew Up the Kid (1992). Her next feature film appearance came in 1997 when she co-starred in yet another comedy, Eight Days a Week. Some of her other early works in Hollywood include The Curve (1998), Mad About Mambo (2000), We Were Soldiers (2002), The Upside of Anger (2005), Mission: Impossible III (2006), and The Girl in the Park (2007). On the other hand, her latest role was that of Serena Knight in the historical war film, Free State of Jones (2016), where she starred alongside Matthew McConaughey, Gugu Mbatha-Raw, and Mahershala Ali.

What else has the celebrated California-born actress been up to lately? What new movies or TV shows have she been in? What happened to Keri Russell? What is she doing now in 2018? 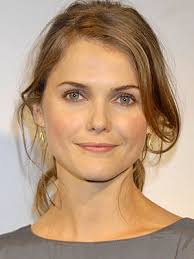 Born on March 23, 1976, Keri Lynn Russell is the daughter of David Russell, an executive at a car company and Stephanie Stephens, a home maker; the second oldest out of three children, she has an older brother named Todd and a younger sister named Julie. Due to her father’s work, the family moved around frequently; some of the places which they’ve lived in include Mesa, Arizona, Highlands Ranch, Colorado, and Coppell, Texas.

As a young girl, the brunette loved to dance. In fact, it was her love and talent for dancing that ultimately landed her a spot in the popular children’s variety show, Mickey Mouse Club (1991) when she was fifteen year sold. During her time on the series, she co-starred with a number of future pop stars including Justin Timberlake, Britney pears, Christina Aguilera, Tony Lucca, and JC Chasez. Russell was a cast member for three years, from 1991 to 1994. 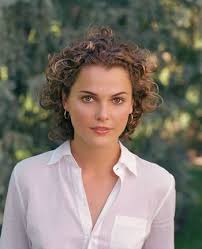 Created by Matt Reeves and J. J. Adams, Felicity centered around the experiences of a college student named Felicity Porterーwho is portrayed by none other than Russell. Set in the fictitious University of New York, it followed the curly-haired brunette as she attempts to close the distance between herself and her high school crush in college. Besides Russell, who played the title character, other starring actors in the show include Scott Speedman, Amy Jo Johnson, Tangi Miler, Scott Foley and Greg Grunberg.

Originally released on The WB on September 29, 1998, Felicity‘s debut episode attracted over seven million viewersーrendering it a successful premiere for the network. The way it was formatted, was that each season corresponded to a year of university; in other words, the series followed Felicity as she worked towards graduation. Popular amongst viewers, the teen drama quickly gained a following; although its viewership ratings declined in the second and third seasons, it ultimately went back up for its fourth and final season, which aired between 2001 and 2002.

Despite it being her first major role in a TV drama at the time, Russell’s performance in the series garnered her much praise from critics and casual viewers alike. According to some, the actress’ characteristic curls had become a defining quality of her Felicity; thus, when the show’s rating dropped in the second season, some had attributed it to her drastic hairstyle change. Nonetheless, the award-winning drama earned the brunette a multitude of awards including a prestigious Golden Globe, an OFTA Television Award, and a Teen Choice Award. All in all, Felicity had effortlessly boosted Russell’s fame and popularity in the show business. 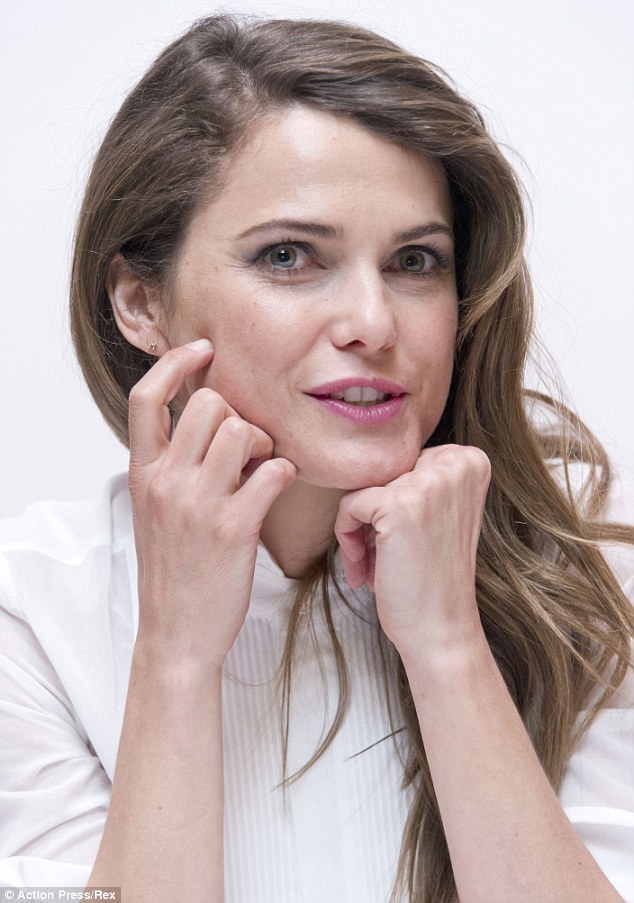 Shortly after the end of Felicity, the actress was cast as one of the female protagonists in the war film, We Were Soldiers (2002). Directed by Randall Wallce, who also helped to produce and write the movie’s screenplay, it offered a dramatization of the real-life Battle of La Drang, which happened on November 14th, 1965. In the film, Russell played the character of Barbara Geoghegan; other featured actors include Mel Gibson, Madeleine Stowe, Greg Kinnear, Sam Elliott and Chris Klein.

Released in the United States on March 1, 2002 via Paramount Pictures, We Were Soldiersーwhich was based on a non-fiction book by Joseph L. Galloway and Lt. General Harold G. Mooreーgrossed over $20 million during its opening weekend. By the end of its run in theatres, the historical film had grossed more than $114 million against a $75 million production budget. Well-received upon its release, it received mostly favourable reviews from critics. For instance, contemporary critic Roger Ebert lauded it for its realistic battle scenes, giving it a score of three and a half out of four stars. Having said that, as with most movies, We Were Soldiers did receive its share of critiques; for example, critic David Sterritt panned the film for its overly-positive image of the Vietnam war.

In the summer of 2007, Russell starred in the comedy drama film, Waitress. Working alongside director Adrienne Shelly, she played the role of Jenna Huntersonーa young waitress in the Southern United States who finds herself trapped in an unhappy marriage; to make matters more complicated, she eventually finds herself with an unwanted pregnancy. As she meets her new physician, Dr. Pomatter, however, her life begins to changeーthe two individuals ultimately find themselves attracted to each other as they continue to meet with her series of pre-natal appointments.

After premiering at the Sundance Film Festival in January of 2007, Waitress was released in a handful of theatres on May 25, 2007. Filmed in Saugus, California, it grossed over $92,000 during its limited theatrical release; in total, it went on to gross approximately $22 millionーmaking it a commercial success, having been produced on a budget of $1.5 million. A bittersweet production (as director Shelly was tragically murdered less than three months prior to its debut), it received mostly positive reviews; it currently has an 89% rating online on Rotten Tomatoes. For her portrayal of the title character, Russell was nominated for two EDA Female Focus Awardsーone for “Best Breakthrough Performance” and another for “Best Seduction”.

Three years later in 2010, Russell played the wife of a biotechnology executive in the medical drama film, Extraordinary Measures. Directed by Tom Vaughan, it centered around a married couple, John and Aileen Crowley, who forms a biotechnology company in attempts to develop a life-saving drug for their children, who are afflicted with a life-threatening illness. Aside from Russell and Brendan Fraser, who portrayed the roles of the two main protagonists, the movie also starred Harrison Ford, Courtney B. Vance, Meredith Droeger and Diego Velazquez.

The first motion picture to be produced by CBS, it made its way to theatre screens on January 22, 2010. Upon its release, Extraordinary Measures took in approximately $6 million and ranked at number eight; by the end of its four-week run, it had grossed a little over $12 million. Although some organizations praised the film for bringing attention to Pompe disease, the general consensus from critics was mostly negative.

Since then, the actress has also played supporting roles in the movies Dark Skies (2013), Dawn of the Planet of the Apes (2014), and Free State of Jones (2016). On television, she also starred in the Fox comedy, Running Wilde in 2010. More recently, she made a guest appearance in the sitcom, Arrested Development (2013). 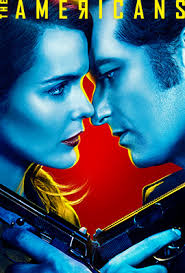 Since the winter of 2013, the brunette has been playing the lead role of Elizabeth Jennings in the period drama, The Americans. Originally debuted on January 30, 2013, the series tells the story of two KGB officers who pose as a married couple in the Virginia suburbs in the early 1980’s, during the Cold War. Starring opposite of Russell in the show is Matthew Rhys, who played her on-screen “husband”, Philip Jennings. Critically acclaimed, The Americans have won numerous awards during its run including two Primetime Emmy Awards.

Praised for her acting in the series, Russell’s portrayal of the undercover Soviet officer garnered her multiple awards including nominations for a Golden Globe, and a Primetime Emmy Award. The fifth season of The Americans is currently scheduled to premiere on March 7, 2017ーof course, the actress will once again be reprising her role as Elizabeth this spring. It’s also been announced that a sixth and final season will air in 2018.

Aside from the period drama, it doesn’t look like any other projects have been announced for the actress as of yet.

If you’d like to stay up-to-date and connected with the celebrity, you can do so by following Keri Russell on social mediaー you can find her on Instagram at @officialkerirussel.