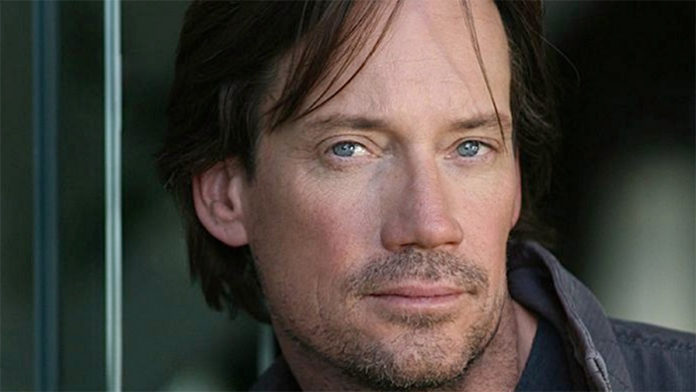 Kevin Sorbo is an American actor who is perhaps most well known for his roles in Hercules: The Legendary Journeys (1995), and Andromeda (2000). Raised in Minnesota, he first got involved with acting in high school, having appeared in a number of plays. Later whilst in college, he joined a theatre group with whom he performed with for several years. Soon afterward, he began landing a number of commercial gigs on television. Eventually relocating to Los Angeles in 1986, Sorbo started to focus his attention towards pursuing an acting career. That same year, he made his television debut in the series, Santa Barbara (1986)ーhe was twenty eight at the time. Continuing to audition for different roles, the aspiring actor went on to play various small roles in 1st & Ten: The Championship (1988), Cheers (1992), Condition: Critical (1992), and Slaughter of the Innocents (1993). By 1994, his luck began to change; that year, he was cast as the title character in the TV film, Hercules and the Amazon Woman.

Sorbo’s first time in a starring role, the movie-length pilot later led him to star in the fantasy adventure series, Hercules: The Legendary Journeys in 1995. Proving itself to be immensely popular amongst viewers, it continued for well over 100 episodes; by the end of its run, it had ultimately propelled the actor into celebrity stardom. Even to this day, his portrayal of Hercules remains to be one of the most well remembered performances of his career. While he was still in the action drama, Sorbo also landed a lead part in the film, Kull the Conqueror (1997)ーwhich served as his first leading role in a motion picture. In 2000ーjust a year after the end of the Hercules series, he was selected to star in the science-fiction drama, Andromeda alongside Lisa Ryder, Lexa Doig and Keith Hamilton Cobb. For his portrayal of High Guard Captain Dylan Hunt, the actor was nominated for a Saturn Award in 2001.

So what has the actor of Hercules game been up to recently? If he’s still active within the show business, what new movies or television series have he starred in as of late? What happened to Kevin Sorbo? Where is he now in 2018?

Kevin Sorbo’s Early Life and Entry into the Show Business

Born on September 24, 1958 in Mound, Minnesota, Kevin David Sorbo is the son of Lynn and Ardis Sorbo, a nurse and a high school teacher; he is of Scottish, Norwegian, German and English descent. Like many teenagers, Sorbo loved to play spotsーhe was exceptionally talented in basketball, football and baseball. As a high school student, he took part in a number of school plays. Following his graduation, he attended Minnesota State University Moorhead where he majored both advertising and marketing. During his time there, he also took on various modelling gigs to help pay for tuition. After his studies, he joined a local theatre group with whom he performed with for several years, travelling to various parts of the world including Australia and Europe.

Towards the end of 1986, Sorbo made the decision to relocate to Los Angeles, California. Soon after settling in the new city, he landed a handful of commercial gigs. Having made up his mind on pursuing an acting career, he later started to audition for various television roles. Shortly afterwards, he made his small screen debut in the series, Santa Barbara (1986). Continuing to put himself out there in the entertainment scene, Sorbo then appeared in a variety of small roles in 1st & Ten: The Championship (1988), Cheers (1992), Condition: Critical (1992), Slaughter of the Innocents (1993), and The Commish (1993). Finally in 1994, he received a breakthrough when he was cast as the title character in the pilot, Hercules and the Amazon Women. From there, he reprised his role as Hercules in the popular television series, Hercules: The Legendary Journeys (1995). 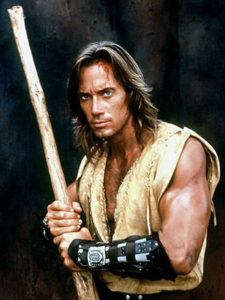 Created by Christian Williams, Hercules: The Legendary Journeys based itself off of the classical tales of the Greek hero, Hercules. Starring opposite of Michael Hurts, who played Iolaus, the show starred the actor as none other than Hercules himselfーa character which he had played previously in several film-length pilots such as: Hercules and the Amazon Women, Hercules and the Lost Kingdom, Hercules and the Circle of Fire, Hercules in the Maze of the Minotaur and Hercules in the Underworld. Aside from the two main stars, the series’ cast list also included Elizabeth Hawthorne, Alexandra Tydings, Scott Michaelson, Kevin Smith and Cory Everson in recurring roles.

Released on Syndication on January 16, 1995, Hercules: The Legendary Journeys was hugely popular amongst viewersーin fact, it quickly became one of the highest-rated syndicated series in the world at the time of its airing. Praised for being chock-full of action and adventure, it continued on television for four years; by the time it ended, well over 100 episodes had aired, spanning across six seasons. After playing the Greek hero for many years, Sorbo eventually decided not to renew his extension contract during the sixth seasonーthus effectively ending the show in 1999. The winner of three ASCAP Film and Television Awards, Hercules: The Legendary Journeys also earned the actor an OFTA Television Award for “Best Actor in a Syndicated Series” in 1997. 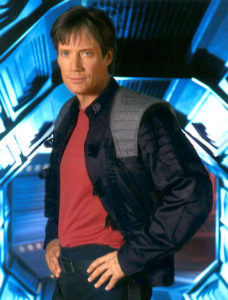 A year after Hercules was over, Sorbo was cast as the principal character in the science fiction TV series, Andromeda (2000). Set thousands of years into the future, it revolved around Dylan Hunt (played by Sorbo) and the crew of his Starship as they venture out to rebuild the System Commonwealth, a constitutional monarchy that has been destroyed over 300 years ago. While the actor took on the role of the ship’s captain, actress Lisa Ryder portrayed the part of Beka Valentine, Andromeda’s First Officer. Other cast members include Keith Hamilton Hobb, Laura Bertram, Gordon Michael Woolvett, Lexa Doig, Steve Bacic and Brandy Ledford.

Originally premiered on October 2, 2000, Andromeda was met with generally favourable reviews upon its release. In particular, it received many praises for its brilliant cast and action-packed stories; still, some viewers have stated it has left them with mixed emotions. Regardless, the Canadian-American series garnered numerous awards including a Gemini Award, four WorldFest Houston Awards and five Leo Awards. For Sorbo, the show also earned him a Saturn Award nomination for “Best Actor on Television” prior to its end.

After several television appearances, Sorbo returned to the big screen in the 2008 parody film, Meet the Spartans. Directed by Aaron Seltzer and Jason Friedberg, both of whom also helped to produce the movie, it centered around a Spartan King named Leonidas (played by Sean Maguire), who leads a team of misfit warriors to battle in attempts to defend their homeland from thousands of invading soldiers. In it, Sorbo portrayed one of the film’s main characters named Captain; other actors included Carmen Electra, Ken Davitian, Diedrich Bader, Travis Van Winkle and Jareb Dauplaise.

Distributed by 20th Century Fox, Meet the Spartans graced theatre screens for the first time on January 25, 2008. Upon its release, it debuted at number one and grossed over $18 million during its opening weekend. Although its earnings steadily dropped in the subsequent weeks, it managed to take in more than $84 million worldwide by the end of its theatrical run. Despite its financial success, Meet the Spartans was universally panned by criticsーmost of whom criticized it for its overuse of pop-culture references and gags. 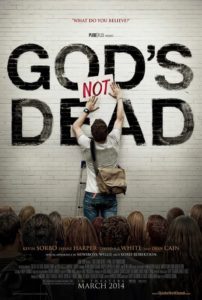 In 2014, Sorbo became a part of another box office hit, in a Christian drama film called God’s Not Dead.  Based on a book by Rice Broocks, it centered around Josh Wheatonーa religious college student (played by Shane Harper) whose faith is challenged by his atheist philosophy professor (played by Sorbo), who regards God as a “pre-scientific fiction”. After being told that the only way to pass the course is to sign a declaration that “God is dead”, Wheaton elects to debate the topic in front of his peers instead, with the class deciding the winner. Boasting a varied cast-list, God’s Not Dead also included appearances from David A. R. White, Trisha LaFache, Hadeel Sittu and Marco Khan.

Originally released on March 21, 2014, God’s Not Dead became a surprise hit at the box office upon reaching the screensーby the end of its first weekend, it had grossed over $8.6 million across 780 locationsーwhich is already four times that of its production budget of $2 million. Altogether, the movie earned a stunning amount of $62.2 million worldwide. In the face of this however, the film was overwhelmed with negative reviews. Given a D- rating by critic Todd VanDerWerff of The A.V. Club, the movie’s uninspiring plot was highlighted by multiplier reviewers on various websites.

The actor has so many upcoming movies lined up for us this yearーthere’s not doubt that he’s been busy shooting in front of the cameras these past few months. For instance, he will be co-starring in Paul Munger’s action movie, The Reliant (2017) alongside Eric Roberts and Brian Bosworthーa production that is currently in the post-production stages.

Another motion picture that he’ll be starring in sometime this year is The Pastor (2017). Directed by Hector Echavarria and Paco Aguilar, it will revolve around the inhabitants of a small town who find themselves struggling with their faith after being overrun by a gang. Besides Sorbo, who will be playing the main lead, the film will also star T. C. Stallings, Cameron McKendry, Taylor Kalupa and Abigail Duhon.

If you’d like to stay connected with the American star, you can do so by following Kevin Sorbo on Twitter at @ksorbs.