What Happened to Kyle Massey – What’s He Doing Now? 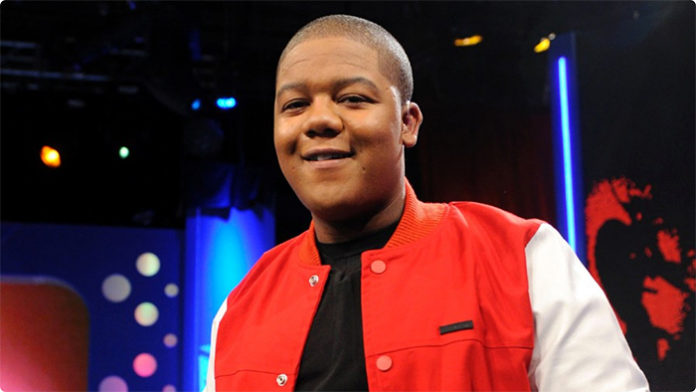 Raised in Atlanta, Georgia, Kyle Massey is most well known for playing Cory Baxter in the Disney series, That’s so Raven (2003). Inspired by his older brother, he began acting at a young ageーwhile he was still in grade school. At the age of eight, he appeared on national television for the first time in the series, The Wonderful World of Disney (1999). Later that same year, he secured a small role in the TV film, Passing Glory (1999). Continuing to act into the new millennium, he found himself playing a variety of minor parts in the shows Grandpa’s Garage (2000), The Parkers (2001), That Was Then (2002), and The District (2002). After several years of working his way up, Massey landed his breakthrough role in the Disney Channel Original Series, That’s so Raven (2003) at the age of thirteen. Playing one of the main protagonists, the young actor garnered much recognition for his acting on the show. To this day, it remains to be one of the best remembered roles of his professional career.

While he was still shooting for That’s so Raven, he landed his first major voice-over role in the animated comedy, American Dragon: Jake Long (2006). From there, he made a guest appearance in Yin! Yang! Yo! (2008) prior to receiving his own TV show, Cory in the Houseーa spinoff of the former Disney series, in 2007. A smash hit, it ran for 35 episodes before coming to an end in 2008. In 2009, the young actor was cast as a thumb wrestling coach in the comedy, The Electric Company. Following that, he lent his voice to the character of Milo in the cartoon, Fish Hooks (2010)ーa role which he ultimately continued for four years. More recently, he has also appeared in Comedy Bang! Bang! (2014), Gotham (2014), Being Mary Jane (2015), and Mighty Magiswords (2016). Despite his young age, the 25-year-old has appeared in well over two dozen different acting projects throughout his career.

Other than television, Massey has also been involved in a small handful of films. In 2005, he played the main lead in the Disney Channel Original Movie, Life is Ruff. He later went on to appear in the direct-to-DVD release, Beethoven’s Christmas Adventure in 2011. A few years later, he co-starred in the comedy drama, Senior Project (2014) alongside Meaghan Martin, Ryan Potter and Vanessa Potter. Aside from acting, the young star has been featured in a number of reality series such as Disney 365 (2006), The World’s Funniest Moments (2010), and Celebrity Ghost Stories (2012). Somewhat of an aspiring dancer, he was also a contestant on the eleventh season of ABC’s Dancing with the Stars (2010).

What has the actor of Disney sitcom fame been up to recently? What new roles have he taken on these past couple of years? What happened to Kyle Massey? Where is he now in 2018 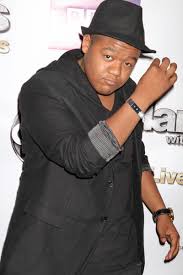 Born on August 28, 1991 in Atlanta, Georgia, Kyle Orlando Massey is the son of Michael and Angel Massey. As a young boy, Massey was both a spelling-bee champ and a talented golfer; at the age of seven, he won first place at the National Minority Junior Golf Tournamentsーhe was later invited to host a First Tee program for kids while he was still in grade school. The younger brother of Christopher Massey, who also works as an actor, Massey first performed on stage in a production of The Wizard of Oz; by chance, he had been noticed by an agent while waiting for his brother at one of his auditions. By the time he was eight, the Georgia-native had made his television debut in The Wonderful World of Disney (1999). Soon afterward, he also appeared in his first TV film, Passing Glory (1999).

Continuing with his career as a young actor, he went on to land a role in the family series, Grandpa’s Garage in 2000. From there, he appeared in a string of TV shows including The Parkers (2001), That Was Then (2002), The District (2002), Becker (2002), and The Practice (2003). Following that, Massey received the biggest breakthrough of his career when he was offered the part of Corey Baxter in the Disney Channel Original Series, That’s So Raven (2003); he was only thirteen at the time of the casting.

Created by Susan Sherman and Michael Poryes, it centred around the lives of the show’s title character, Raven Baxterーa seemingly average teenage girl with psychic powersーand the rest of her family and friends. Over the course of the series, she finds herself in a variety of differentーsometimes challengingー situations. While actress Raven-Symone portrayed Raven, Massey was given the role of Cory Baxterーthe teen’s younger brother who from time to time, acts as the show’s main antagonist. Despite the fact that they are always arguing, they do in fact, care for each other deep. Later on in That’s so Raven, he forms a three-man-band with two of his locust friends, Larry and William.

Filmed in Hollywood, California, the Disney sitcom debuted on January 17, 2003. Popular amongst teen audiences, the pilot episode was watched by approximately 3.5 million viewersーmaking it the first Disney Original Series to break the three-million-viewers mark. At the highest point of its popularity, during an episode entitled, “Country Cousins”, That’s so Raven drew in close to 11 million viewers. One of the most-watched Disney series of the 2000’s, it was eventually nominated for two Primetime Emmy Awards for “Outstanding Children’s Program”. For Massey, his first major television role as Corey also brought him much widespread acclaim; his acting later garnered him two Young Artist Awards as well as a Image Award nomination. 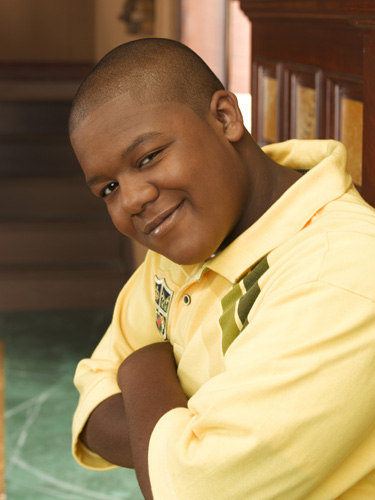 A year prior to the end of the Disney sitcom, Massey played a supporting roleーan animated characterーin the series, American Dragon: Jake Long (2005). The brainchild of Matthew Negrete, Jeff Goode and Eddie Guzelian, it centred around a teenager by the name of Jake Longーa Chinese-American who has the unique ability to transform into a dragon. As he continues to try to unlock his full potential, he eventually finds himself falling for a schoolmate who unbeknownst to him, has a secret of her own. While Dante Basco provided the voice of Jake, Massey played the role of Huntboy #88ーa character that first appears in the third episode of the second season.

A Walt Disney Animation, American Dragon: Jake Long premiered on television on January 21, 2005. Fairly popular amongst younger audiences, it later spawned a series of books and video games. A year after its initial airing, it was syndicated to Toon Disney in February of 2006. In total, the animated series ran for two seasons; by the time the series finale hit the screens on September 1, 2007, there had been 52 episodes. As a supporting character, Massey’s character appeared for a total of six episodes.

In January 2007, Massey was given his own series, Cory in the House, which served as a spin-off of That’s so Raven. Created by Dennis Rinsler and Marc Warren, it focused on his character, Cory Baxter after he moves to Washington, D.C. with his father, who has been offered a position at the White House. Compared to the Cory that was portrayed in That’s so Raven, his character is seen more as a protagonist and less of an antagonist in the series. The first spin-off for the Disney Channel, its cast list also included Jason Dolley, Maiara Walsh, Madison Pettis, and John D’Aquino.

Originally released on January 12, 2007, Cory in the House was met with generally met with mixed reviews. Although it drew the attention of a number of fans, some have criticized it for the flat jokes incorporated within the script. Nonetheless, the spin-off was nominated for several awards including an Image award for the category of “Outstanding Children’s Program”. For his fine performance in the show, Massey received nominations for two Young Artist Awards (e.g. Outstanding Young Performers in a TV Series, Best Performance in a TV Series), and two Image Awards (e.g. Outstanding Performance in a Youth/Children’s ‘Program). 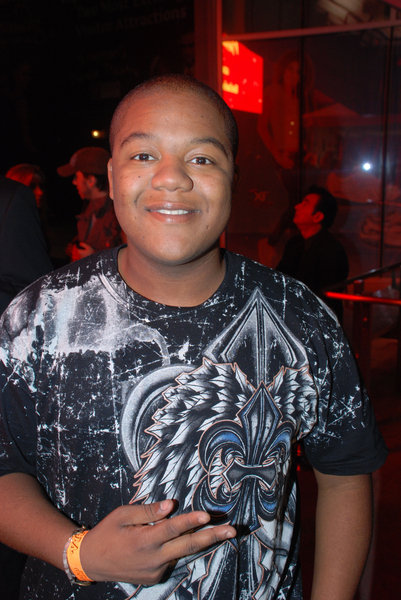 Working once again as a voice-actor, Massey later played the part of an outgoing fish by the name of Milo in the animated cartoon, Fish Hooks (2010). A slice of life comedy, it centred around Miloーan adventurous Siamese fighting fishーand his two friends, Bea and Oscarーall three of whom are students at Fresh Water High, a school submerged in a pet store’s aquarium. Created by Noah Z. Jones, the series ultimately chronicled their lives as they attempt to deal with everything from homework to eel attacks.

Released on September 3, 2010 in the United States, the animated series was later made available in a variety of countries including Canada, Ireland, UK, and New Zealand, amongst many others. Despite its mediocre reviews from critics, Fish Hooks was a hit amongst younger audience members; it also won two BMI Cable Awards and an Annie Award nomination. As a voice-actor, Milo is probably one of Massey’s best-remembered portrayals.

Shortly afterwards, the actor landed himself a recurring role in the crime drama, Gotham (2014). Based on the characters in the Batman franchise, it featured Massey as Mackeyー a character who first appeared in the second episode of the first season; he later made his final appearance in the tenth episode, which aired on November 24, 2014. An immensely popular series, Gotham’s all-star cast list also included Ben McKenzie, David Mazouz, Donal Logue, Sean Pertwee and Erin Richards. As of September 2016, the third season of Gotham is airing on television.

The following year, Massey once again played a supporting character in the BET drama series, Being Mary Jane (2014). Set in Atlanta, Georgia (which coincidentally happens to be the actor’s birthplace), it followed the personal and professional life of Mary Jane Paul, a successful TV news anchor. In it, the actor played the role of Cameron; he ultimately appeared for a two-episode arch in the second season. Since his departure from the series, Being Mary Jane has continued with its broadcast and is now currently on its fourth season.

This summer, Massey will be co-starring in an action film called Lowlifes (2017)ーit will be his first movie  since Senior Project back in 2014. According to a preliminary summary, it will depict the story of a few troubled teens who eventually find themselves face to face with a group of terrorists, who have plans of taking down a nuclear power plant. Besides the actor, who will be playing the male lead Mack, Lowlifes will also be featuring Booboo Stewart, Giselle Bonilla and Mark Derwin. Written and directed by Robin Christian, it is set to come out in theatres on June 2, 2017.

Another one of his upcoming projects is the comedy film, Ripped (2017). Currently still in the filming stages, its plot will revolve around two elementsーpot, and time travelling. Its cast list includes Alex Meneses, Bridger Zadina, Faizon Love and Russell Peters.

If you’d like to stay up-to-date with the Disney star, you can do so by following Kyle Massey on social mediaーyou can find him on Twitter or Instagram on @KyleMassey.