What Happened to Larisa Oleynik – 2018 Update 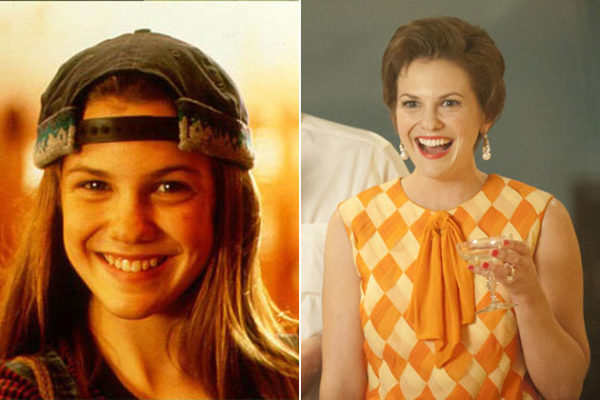 Larisa Oleynik was incredibly popular through the 90’s and 2000’s. She starred as Alex Mack in The Secret World of Alex Mack and Bianca Stratford in 10 Things I Hate About YouSo what has “America’s Favorite 15 year old” been up to since she has grown up? Let’s take a look at what Larisa Oleynik is up to in 2017.

Born in Santa Clara, California, on June 7, 1981, Larisa Romanovna Oleynik was born to a nurse and anesthesiologist. Primarily raised in the Santa Clara and San Francisco area, Oleynik was introduced to acting through two roles in a local production of Les Miserables. In the 1989 play, she would take on both singing and acting as Eponine as well as Cossette. After her performances, she was encouraged by her parents to begin taking acting lessons and acquiring an agent.

She would then spend the next few years bouncing between San Francisco and Los Angeles for both training and auditions. By 12 years of age, Oleynik would not only have her first television series role via Dr. Quinn, Medicine Woman but also her first made for T.V. movie in River of Rage: The Taking of Maggie Keene.

Later in 1993, Larisa Oleynik would take on one of her iconic roles as Alex Mack, a teenager with an odd assortment of telekinetic powers, including the ability to turn herself into a sentient puddle. She would rise above 400 other auditions to take the role, and would quickly gain a massive audience, and become one of the top three actresses on Nickelodeon during her four year stretch on the network. During this time, her popularity would allow her to do plenty of cameos, including on Boy Meets World, and as a host on the Kids’ Choice Awards, and even the Daytime Emmy Awards.

In 1995, Oleynik would also have a starring role in The Baby-Sitters Club, her first feature length film. This would give her a chance to not only gain more mainstream name recognition, but also the time to become involved in multiple charities including the Starlight Children’s Foundation and Nickelodeon’s Big Help charity. After the conclusion of The Secret World of Alex Mack, Oleynik would then attend college at Sarah Lawrence College, a private liberal arts college outside of Yonkers, New York. In later interviews, she would state that this was the single best decision of her life.

During this same time, Oleynik would get her biggest break yet in the hit film 10 Things I Hate About You. Based off William Shakespeare’s Taaming of the Shrew, this would follow a trend of the era of making modernized odes to the bard. This film would make about $40 Million at the box office, and be a teen movie giant for years to come. After the conclusion of filming, Oleynik would then hop onto Third Rock from the Sun and stay on for over 20 episodes as Alissa Strudwick. She would also make a few appearances in yet another television series, Malcom in the Middle, and two independent films which did not get released stateside, 100 Girls and A Time for Dancing.

The subsequent years would see Oleynik would join the cast of Pepper Dennis, as well as the pilot of the Katie Sullivan pilot, alongside guest appearances in Aliens in America, Without a trace, and Psych. She would also have a good deal of films to her credit but none would surpass her sophomore effort.

Larisa Oleynik would get another rise in fame in 2011, where she would begin a recurring role as CIA analyst Jenna Kaye for Hawaii Five-O. During this time, she would also play in the children’s show, Winx Club: Enchantix and be featured in 28 episodes, as well as Beyond Believix which would give her an additional 24 episodes as Icy. She would also cameo in a handful of shows like Cartoon Network’s Robot Chicken, American Dad! , and most recently in 2016, Law and Order SVU in the episode titled “Assaulting Reality”. She would also be a common face on the series Mad Men.

It would appear that 2017 is going to be another busy year for Oleynik , as she already has two films in post productions, the yet to be released Animal Among Us and Accommodations, where she will play the roles of Anita Bishop and Natalie, respectively. While not being active for several months on her Twitter account, previous posts have indicated that she has enjoyed playing in local theatres, so we may see her take to both roles on stage in front of the camera in the coming year, an exciting prospect for fans of Larisa Oleynik.