What Happened to Mike and Molly – News & Updates 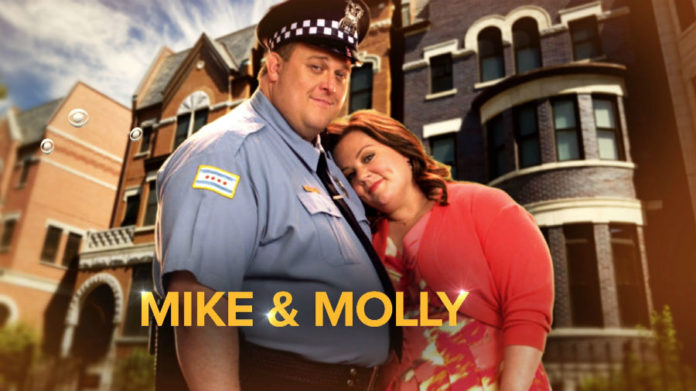 Mike and Molly is a CBS sitcom that many credit as being a key cog in Melissa McCarthy’s rise to stardom. It’s a beloved and once-successful program that boasted a large cast of very likable characters, and it was a large part of CBS’s lineup for quite some time. However, it appears as it Mike and Molly was cancelled following its sixth season. Why exactly did that happen? Is there any chance that Mike and Molly is going to come back? In this article, I plan to answer those questions and more as I explore the history of this show on CBS, and as I look into why exactly the show was ended. Without further ado, let’s see if we can’t get to the bottom of this mystery.

The story of Mike and Molly begins in December of 2009, when a pilot order was placed for the show by CBS. The pilot was originally written by Mark Roberts, who had previous writing experience for the wildly popular show Two and a Half Men. He stepped away from Two and a Half Men in 2010 to work on this new project, and this would prove to be a good decision. The pilot was going to be directed by James Burrows, who is perhaps best known for his work on the show Cheers. They would work together alongside Chucke Lorre (of The Big Bang Theory fame) and Don Foster to produce the show. Casting began in February of 2010, and Katy Mixon and Reno Wilson were the first people to be cast for the show. Katy would play Victoria, Molly’s sister, and Reno would play Carl, Mike’s best friend. At this stage of the show’s production, the lead roles had yet to be cast. This would change after a short period of time, when Billy Gardell was cast as Mike. 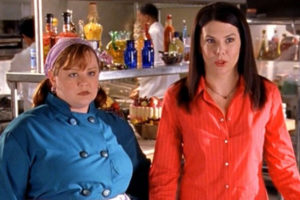 From there, casting announcements continued to fall. Swoosie Kurtz was cast as Joyce, Molly’s mother. Kurtz is particularly well-known on Broadway, and she also held recurring roles in television shows like Sisters, Huff, and Pushing Daisies. By this point, she was by far one of the most high-profile people to be cast for the show. Nyambi Nyambi was then cast to play Samuel, a waiter at a restaurant that Mike and Carl would regularly frequent. Finally, Melissa McCarthy signed on to complete the cast. Although most people have heard of Melissa McCarthy in this day and age, back in 2010 she wasn’t as well-known in the mainstream as she is today. Back then, her most prominent role was as a main cast member in the show Gilmore Girls. Certainly a big deal, but also not something that everyone would know about. Regardless, the role of Molly would eventually allow McCarthy to grow her career in ways that she may not have even considered to be possible at the time.

Mike and Molly On the Air

In case you’re unfamiliar with the premise of Mike and Molly, let me give you a short primer. The show is basically about two character, Mike and Molly, who meet at an Overeaters Anonymous meeting. Mike is a police officer and Molly is a school teacher, and despite their conflicting personalities, they get along very well. The series chronicles their love story, and how they get to know the other person’s family and friends. It may sound like a basic premise, and that’s because it is. The first season of Mike and Molly went over well with viewers, bringing in an average of 11 million people per week. The series premiere was watched by closer to 12 million people. Mike and Molly received positive reviews from critics, who cited the program’s likable cast of characters and above average writing. Although the show pretty obviously followed standard sitcom writing formulas, it still did very well for itself. 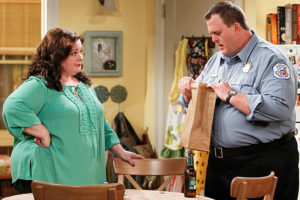 Mike and Molly‘s success continued for a few more years. In early May of 2011, a second season was ordered. This season actually saw a higher average rating count than usual, bringing in about 11.5 million people per week. The season 2 premiere brought in nearly 14 million people, and the increased popularity of the show could probably be chalked up to Melissa McCarthy’s increasing mainstream success. It was in 2011, also, that Melissa McCarthy would win an Emmy for Outstanding Lead Actress in a Comedy Series for her work in the show. Basically, people were tuning in to watch Melissa. Following this successful season, Mike and Molly got a third season. Ratings dropped a little bit in season 3, with average viewership totaling at about 10 million. After the third season of the series, Mike and Molly underwent kind of a major creative change. Showrunner Mike Roberts stepped away from the program, and he was replaced by Al Higgins. Higgins was a bit less field-tested than Roberts was when he first stepped up to join the show, with most of his experience in television coming from some work that he did on Malcolm in the Middle.

Looking to capitalize on Melissa McCarthy’s rapidly increasing star power, the fourth season of Mike and Molly was intended to put Molly at the forefront. Although the show itself wasn’t majorly changing, there was a definite shift as Mike and Molly began to focus more on Molly pursuing a career as a writer. Although this change may seem smart on paper, it apparently didn’t go over all too well with viewers. From there on, viewership began to decline at a fairly steady rate. Season 4 had an average viewership of 9.5 million, and although that climbed a little bit to almost 10 million is season 5, it dipped all the way down to 8 million in season 6. Although fans of the show may point a lot of fingers as to why the show went down the figurative toilet, some believe that it was simply Mike and Molly‘s time. The show went on for so long that the jokes became tired and the writing became circular. Mike and Molly continued to air complete seasons, but following season 6, many fans of the series began to figure that the show’s days were numbered.

As it turns out, those fans were right. In early January of 2016, it was announced that CBS was going to be cancelling Mike and Molly following the sixth season. CBS decided not to further their licensing agreement with Warner Bros. Television (who produced and distributed the series) and so the show had seen its end on the channel. Speaking from a purely economic standpoint, the six year contract is not an uncommon one, and the decision was made not to extend it. It is truly that simple. Mike and Molly‘s season finale aired on the May 16th, 2016. The series ended with Molly announcing her pregnancy, which fans of the show will know her and Mike were trying to do for years. So, if you can say anything about the conclusion of this show, you can at least say that it ended on a positive note. Fans of this series should be able to catch reruns on FX, who purchased off-network rights in a couple of years ago.