During the 2008 Presidential Election, Bristol Palin was the subject of a lot of talk in the media. Her mother, Sarah Palin, a vice presidential hopeful, was put under fire due to Bristol’s teen pregnancy. She was the subject of an enormous amount of media attention between 2008 and 2010, but after that, she kind of became old news. With that in mind, what has Bristol Palin actually been doing in more recent years? I’m looking to answer that question in this article. I’ll be talking about how Bristol became so talked-about, while also making sure to let you all know what she’s doing now in 2018. Without further ado, let’s check up again on this public figure.

Bristol Palin was born in Wasilla, Alaska on October 18th, 1990. She was born to Todd and Sarah Palin. At the time, both of her parents were just beginning to get their careers started. Her mother wouldn’t begin her political career until 1992, when she was voted to the Wasilla City Council. While Sarah was working as the governor of Alaska, she attended Juneau-Douglas High School. Although she would ultimately graduate from Juneau-Douglas High School, she also spent a small period of time studying at West Anchorage High School. In 2008, Bristol saw herself suddenly forced into the public spotlight when her mother was named John McCain’s running mate in the presidential election. You see, Bristol became pregnant by her boyfriend at the time, Levi Johnston. Some believed that Sarah Palin having an unmarried, pregnant teenage daughter reflected poorly on her character. 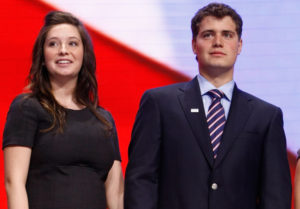 Throughout the election, Sarah was questioned extensively regarding the whole pregnancy. There are a lot of people who believe that the controversy surrounding it all damaged McCain’s severely. It was announced on the opening day of 2008 Republican National Convention that Bristol would be marrying Levi, the father of her child. The authenticity of this engagement was questioned, however, when it was reported that John McCain’s campaign advisers believed that their marriage would repair any damage that may have negatively affected the campaign. For the record, Levi and Bristol has both denied that that was true, stating that they always intended to marry. Her son, Tripp Johnston, was born in December of 2008. This was obviously a short while after the end of the election, which John McCain and Sarah Palin would go on to lose to Barack Obama and Joe Biden.

Bristol Palin After the 2008 Election

Due to her prominent role in the 2008 election, it isn’t much of a surprise that people were still talking about Bristol Palin once it was all said and done. In the years to follow, she would talk at a length about her pregnancy and what it meant to her. She would appear on shows like the Today show and Good Morning America in order to speak about preventing unplanned teen pregnancy. Bristol became something of a public speaker, who would talk extensively about abstinence and the dangers of unplanned pregnancy. In 2009, her personal life became even more entrenched in controversy when she ended her engagement with Levi Johnston. Once this happened, the couple entered into a somewhat public custody battle, with a judge ultimately ruling in favor of Levi. 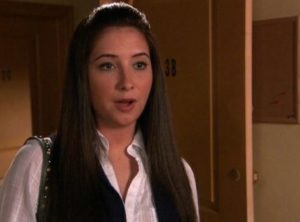 By February of 2010, however, it was determined that Levi wasn’t doing too well as a caregiver, and Bristol sought to obtain full custody of Tripp. In the end, she succeeded. While all of that was going on, she was also elaborating on her career as a public figure. In that year, she made an appearance on the show The Secret Life of the American Teenager, a drama series about a teenager played by Shailene Woodley who becomes unexpectedly pregnant during her time in high school. Rest assured, though, this didn’t mean that she was suddenly looking to pursue an Emmy or anything like that. Bristol has since explained that she doesn’t think that acting is really for her, although she did enjoy to work on a project that brought attention to a topic that she was passionate about. In that same year, she appeared on the hit competitive reality show Dancing with the Stars, where she competed with Mark Ballas.

Palin’s run on the show was highly controversial, with some going so far as to accuse Dancing with the Stars of keeping Bristol on the show solely for ratings. In the end, she finished in third place. In November of 2010, she appeared on the TLC documentary Sarah Palin’s Alaska. Bristol released a memoir in 2011 called Not Afraid of Life: My Journey So Far which would go on to become a New York Times best seller. Finally, Bristol would see another docu-series on Lifetime in 2012, called Bristol Palin: Life’s A Tripp. As the name implies, the show was all about Bristol and her son, Tripp. In that same year, Bristol re-appeared on Dancing with the Stars with Mark Ballas again. She didn’t do quite as well this time, being eliminated during the fourth week of the competition. Palin’s personal life became a little more looked at in 2015, when it was announced that she was going to be marrying Dakota Meyer. That was a good while ago, though. What is Bristol Palin doing more recently?

On June of 2015, it was announced that Bristol Palin was pregnant with her second child. Although the pregnancy was not really on purpose, she was sure to clarify that it was planned to a degree. Due to her strong pro-life stance, Bristol was also sure to clarify that she was not even remotely considering abortion. In December of 2015, she gave birth to her daughter Sailor Grace Palin. Her and Dakota Meyer would end up being married in June of 2016. Bristol’s family only grew, however, in December of 2016 when she announced that she was pregnant with her third child. Although her relevance in modern politics could really be debated, it can’t be denied that Bristol is a very strong figure in pro-life and abstinence-only spaces. She may not be in the news as often as she has been in the past, but she is definitely still alive and kicking.