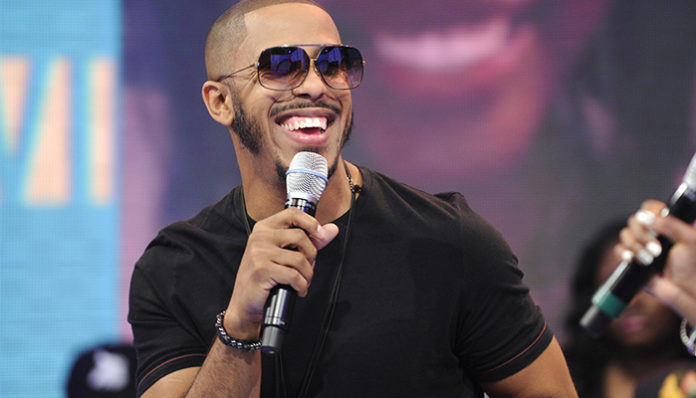 Hailing from the entertainment capital of the world, Los-Angeles born Marques Houston first gained recognition as a member of the R&B group, IMx. Ever since he was a young boy, he had his eyes set on one day becoming a celebrity. Not only did he enjoy acting, but he also loved listening to music; artist-wise, he was particularly fond of Michael Jackson and Boyz II Men. Inspired by the latter to create his own band, Houston eventually formed his own hip hop group, Immature, with a couple of childhood friendsーDon Santos and Jerome Jones at the age of eleven. Securing a recording deal with Virgin Records, the quartet came out with their debut album, On Our Worst Behaviour in 1992. After many years of performing together, Immature decided to rebrand themselves as IMxーas they felt that their previous name no longer reflected themselves accurately. Altogether, the ensemble have released seven full-length albums including Playtyme is Over (1994), We Got It (1995), The Journey (1997), Introducing IMx (1999), and IMx (2001).

Shortly after the arrival of the new millennium, the group disbanded; consequently, Houston embarked on a solo music career. Continuing to work within the hip hop genre as he did before, he soon released his debut album, MH in 2003, just a year after the disbandment of IMx. As of 2016, the R&B artist has released five full-length albums, twenty two music videos and twenty two singlesーmost of which have found its way onto US charts. To date, his second solo album Naked remains to be his most-successful, having sold over 439,000 copies within the US. Aside from his solo works, Houston has also collaborated with other artists on many occasions in hits such as After Party (2004), For Your Love (2005), Good Lookin’ Out (2006), Special Girl (2007), and Sugar & Spice (2010). For his efforts, he has been nominated for a Mobo Award (e.g. Best Collaobration), a Vibe Award (e.g. Best Dance Sequence).

A versatile performer, the rapper has also graced the screens as an actor. On television, he is perhaps most well known for his performance in the ABC sitcom, Sister Sister (1994). Some of the other series that he’s appeared in include Rock Me Baby (2003), One on One (2004), and Cuts (2005)ーthe last of which also saw him in a lead role. Aside from having accumulated many hours on the small screen, Houston has also starred in a handful of films including You Got Served (2004), Somebody Help Me (2007), Boogie Town (2010), and Battlefield America (2012), amongst a few others. Comparable to his work as a musician, his acting has also earned him a couple of accoladesーmore precisely, a Young Artist Award for “Best Youth Comedian in a TV Show” and an MTV Movie Award for “Best Dance Sequence”.

So what has the multi-talented rapper/actor been up to these days? What happened to Marques Houston? Where is he now in 2018? 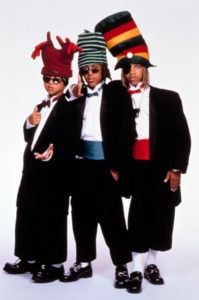 Born on August 4th, 1981, in the bustling city of Los Angeles, Marques Barrett Houston is the son of Carolyn and Michael Houston. The third out of four children, he has a younger sister named Brandye, an older sister named Danielle and an older brother named Brandon; he is of Mexican and African descent. Growing up, Houston always dreamt of becoming a star. Not only did he love to act as a child, but he also embraced music. Although he listened to the songs of many artists, he was especially fond of Boyz II Men and Michael Jackson. Drawing inspiration from them, he later decided to form his own band at the age of eleven. Recruiting the help of his childhood friends Don Santos and Jerome Jones, the trio soon began performing together under the name, Immature. Signing on with Virgin Records, they released their debut album, On Our Worst Behaviour in the fall of 1992.

Two years after their initial release, they followed up with a second album, Playtyime is Over (1994). Shortly afterwards however, the group was faced with a problemーone of their bandmates, Santos, had been pulled from the band by his parents, leaving Immature to only have two members. Luckily, they were quickly joined by drummer, Kelton Kessee later that same year. Completing the ensemble once again, Immature released two more full-length albums in the latter half of the 1990’sーWe Got It (1995), and The Journey (1997). Wanting to rebrand themselvesーas they felt that “Immature” no longer accurately reflected themselvesーthey changed their name to IMx in 1999. From there, they released a couple more albums, Introducing IMx (1999), and IMx (2001), prior to going their separate ways in 2004. 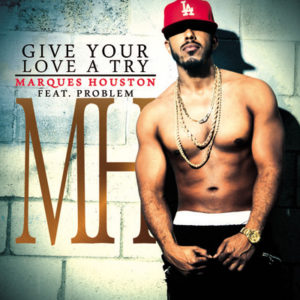 Following the separation of IMx, Houston proceeded to record music as a solo artist. Signing with Elektra Records, he dropped his solo album entitled, MH in late October of 2003. Produced with the help of musicians such as Sylvia Rhone, Prince Charles Alexander and Chris Stokes, it boasted seventeen tracksーa handful of which featured guest appearances from Jermaine Dupri, Joe Budden, Lil Frizz, and R. Kelly.

Later re-released in Japan with the addition of the bonus track, the album included the songs: I Can Be The One, Good Luck, Can I Call You, Love’s a Game, and Grass is Greener. Upon hitting store shelves, MH reached the eighteenth position on the US Billboard 200 and at the fifth position on the Top R&B and Hip Hop Albums Chart. A relative success, the album eventually spawned three singlesーThat Girl, Clubbin, and Pop That Booty. Since then, over 339,000 copies have since been sold domestically.

Two years later, the up-and-coming solo artist came out with his second full-length album, Naked on May 24, 2005. Made available as both clean and explicit versions, its production once again employed the likes of Chris Stokes, Pierre Medor, Tank and The Underdogs. According to Houston himself, the album reflected much of what was going on in his life at the time. Shortly after its release in the US, Naked made it to number thirteen on the US Billboard 200 and to number five on the Top R&B and Hip Hop Albums Chartーwhich was an improved compared to his debut effort. His first record with Universal, it contained eleven R&B tracks, many of which fell into the hip hop soul category; some titles from the disc include Do You Mind, I Wasn’t Ready, Something Else and Cheat. Much like his first studio album, it also featured a handful of guest appearances by Young Rome, Rufus Blaq and Joe Budden. Lauded for its quality control, Naked went on to produce three singles, one of which (e.g. Naked) peaked within the top ten on the Hot R&B Hip Hop Songs Chart. As of 2016, it remains to be his best-selling album to date, having sold over 439,000 copies within the country. 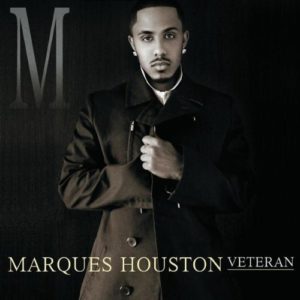 Carrying on with his burgeoning career, Houston dropped his next studio album entitled, Veteran on May 20, 2007. Self-described to be “a reflection of who [he] is as an artist and a man”, its original release date was pushed back to the passing of his grandmother. Aside from the standard and Target exclusive versions, a Circuit City edition was also made availableーunlike the first two which came as an individual disc, it was accompanied with a bonus DVD with extra material.

Proving to be a hit, Veteran sold close to 70,000 copies during its initial week; it also debuted at the fifth spot on the US Billboard 200 and at number one on the Top R&B and Hip Hop Albums Chartーmaking it the rapper’s first solo album to reach number one. Given an impressive four out of five star rating by critics at AllMusic, Veteran consisted of twelve songs (thirteen in the Target exclusive version) including How You Just Gonna, Kimberly, So Right For Me, and Miss Being Your Man. Commended for its production values and quality of lyrics, it has since sold over 356,000 units domestically and holds the title for being Houston’s second best-selling album to date.

In the fall of 2009, he released his next full-length album, Mr. Houston under the Fontana label. Produced by Houston himself with the help of Chris Stokes, it came with twelve R&B tracks; a few titles from the diverse track list include Case of You, Say My Name, Sexy Young Girl, Beautiful Woman, and Restaurant. Unlike his preceding works however, it was met with mixed reviews upon its release. Criticized for its overuse of auto tune and vocal processing, Mr. Houston was generally not too well received by criticsーfor instance, it was given a two star rating from those at AllMusic. Nonetheless, the album did manage to make its way onto the charts; it peaked at number sixty two on the Billboard 200 and at number twelve on the R&B and Hip Hop Albums Chart. Although it wasn’t a commercial success, it did see the release of two singlesーI Love Her and Body, the first of which featured Jim Jones in the vocals.

Moving past the underwhelming performance of his fourth album, he released Mattress Music on September 14, 2010. Distributed by EMI and MusicWork Entertainment, its team of producers consisted of Chris Stokes, Eric Cire, and the rapper’s long term friend, Omarion. Consisting of eleven R&B tracks, the disc included titles such as Noize, He Ain’t Me, Ghetto Angel, High Notes, and Explosion. Much like Mr. Houston however, Mattress Music was not as commercially successful as his initial effortsー having only managed to reach number seventy one and number fourteen on the Billboard 200 and Top R&B and Hip Hop Albums Chart respectively. Having said that, the album did go on to produce the singles Kickin & Screamin and Pullin’ On Her Hair (feat. Rick Ross), both of which also landed on the R&B Chart. Since it was originally released, approximately 30,000 copies of the album have been sold.

Finally, he released his sixth studio album, Famous on August 27, 2013. While it still wasn’t as successful as the likes of MH (2003), Naked (2005), and Veteran (2007), it was generally met with more positive reviews compared to his last two releases. 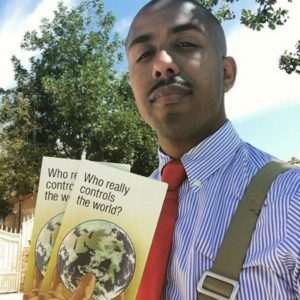 This past summer, the 35-year-old rapper shared with fans on social media that he made the decision to become a Jehovah’s Witness. Although it’s unsure when exactly he started to practice the beliefs of Jehovah Witnesses, he posted a photo of himself posing with brochures, to his Instagram Account in July 2016. While some of his followers have encouraged and supported his transformation, others have not received to it very well. In response, Houston kindly asked his distractors not to post negative comments on his page as “[he] would never disrespect anyone’s page” and would like others to do the same for him.

In terms of music, Houston recently released a video of Complete Meーhis latest solo single that will be appearing on his upcoming LP, The White Album. Since the video was first uploaded onto his official Youtube page, it has attracted over 50,000 views from around the world.

If you’d like to stay connected with the rapper, you can do so by following him on Twitter at @marqueshouston.