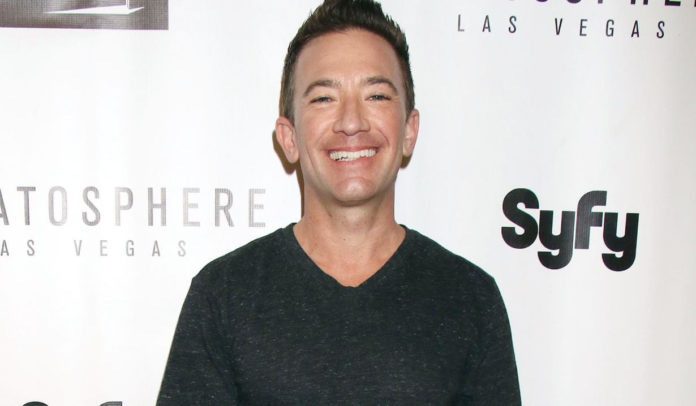 Although not everyone has heard of David Faustino, I have a feeling that you’ve heard of something that he has been a part of. The man has had a prolific career in Hollywood, appearing in a wide variety of different television productions, from The Twilight Zone to What’s New, Scooby-Doo?. Faustino has had a career that is wide in scope and in range, and his most notable role came from a recurring character that he played in Married…with Children, as Bud Bundy. Obviously, that show doesn’t come on anymore. What has David Faustino been doing since then? Has he retired from television acting? In this article, I’ll be addressing questions like those, among others. I’ll talk about how Faustino was able to acquire such a top-tier role in television, while also discussing where he took his career in the years after that. 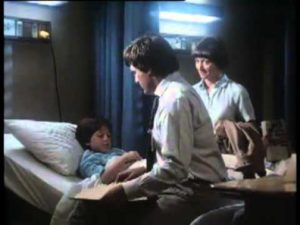 David Anthony Faustino was born in March of 1974 in Los Angeles, California. He took to acting at a very, very young age. (Almost as young as you could possibly be!) When David was just 3 months old, he made an appearance on the Lily Tomlin Special. Obviously, he waited to grow up a little bit before he took on his next role. This would be a small part in one of the biggest drama series of the time, Little House on the Prairie. David was in a single episode. In the immediate years to follow, he would make very small appearance in a wide variety of different popular television shows, including Family Ties, St. Elsewhere, Highway to Heaven, The Love Boat, and The Twilight Zone.

Although none of those roles were able to individually propel him to the stardom that he always dreamed of, they still helped him gather experiences and form valuable relationships in television. As it turns out, all of this hard work would pay off in 1987, when Faustino got his “big break”. He was cast as Bud Bundy in the Fox sitcom Married…with Children, who is the youngest of the two titular children. Although the program was controversial at the time for its liberal use of crude humor, it was still highly successful, running from 1987 to 1997. In the end, Faustino appeared in a total of 262 episodes as Bud Bundy, and for a time, it would be one of his most iconic roles. Many aspiring actors can only dream of having a vehicle to sustain their early career in the same way that Married…with Children did for David Faustino. 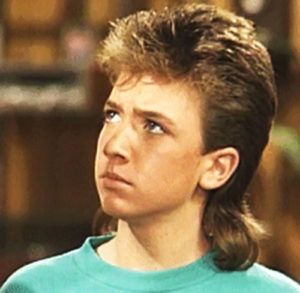 All things must come to an end, however, and Faustino eventually left the show when it concluded in 1997. The good thing is that David was smart while the program was still airing, making sure to take on other roles in other places. He was trying to avoid the classic sitcom pitfall, where someone can only be known for a single role. While Married…with Children was still airing, Faustino was making small, single episode appearances on shows like Parker Lewis Can’t Lose, Burke’s Law, Robin Hood, Madtv, Disney’s Adventure of the Gummi Bears, and Dead Man’s Island. In some of these roles, he would continue to play the character of Bud Bundy. Where did David Faustino take his career in life after Married…with Children, though?

As it turns out, David didn’t change much of his standard routine once his main role winded down. He kind of kept up his standard procedure, of appearing in a lot of different one off television roles. In 1999, he appeared on the shows The New Addams Family, Jesse, and Unhappily Ever After. Faustino also appeared in one of his very first voice acting roles in 2000, in Batman Beyond as Sean Miller. This would definitely not be his last role as a voice actor. Over time, he would continue to broaden his television acting portfolio. David never appeared in one role for too long, but he made a strong impression with the short time that he had. His guest starring roles included parts on Nash Bridges, The Test, Going to California, and even The X-Files. 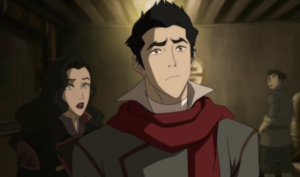 David kept this up through the 2000’s. He seemed to develop an even keener interest in voice acting, as over the years he would lend his voice talents to shows like The Zeta Project, What’s New, Scooby-Doo?, American Dad!, and Loonatics Unleashed. Faustino wouldn’t acquire another recurring role until 2008, when he voiced the character Theseus in the show The Path of Atticus. This show ran from 2008 to 2011. In 2009, Faustino created a webseries called Star-ving, where he poked fun at his own struggles in the entertainment industry. He acquired another long-term voice role in 2011, when he was able to voice the character Helia in the show Winx Club. This was a solid gig for Faustino, but he wouldn’t receive one of his most well-known voice acting roles until the next year.

In 2012, Faustino voiced Mako in the highly anticipated Nick cartoon The Legend of Korra. The cartoon, which served as a successor to the popular Avatar: The Last Airbender Series, received rave reviews throughout its duration. Mako was a main character on the show, and he was popular among fans and critics alike. It would become another one of Faustino’s most recognizable roles, allowing him to acquire another recurring voice role in the show DreamWorks Dragons. Finally, Faustino was able to nail down yet another long-term role. However, The Legend of Korra wrapped up its concluding season in December of 2014. With that, Faustino found himself back in the role of television journeyman. What has he been up to since Married…with Children and The Legend of Korra?

Since The Legend of Korra, David Faustino has continued to see success in television. To begin with, he has continued to voice the character of Dagur in various DreamWorks Dragons productions. Outside of that, he has also dabbled a little bit in made-for-television movies. He made an appearance in the parody movie Sharknado 4: The 4th Awakens. That same year, he appeared in the television movie Atomic Shark. Although he has a few long-term recurring roles well behind him, I don’t think that anyone has to worry about David Faustino being out of work for some time. He has proven to be a highly talented actor, both in the recording booth and in person.