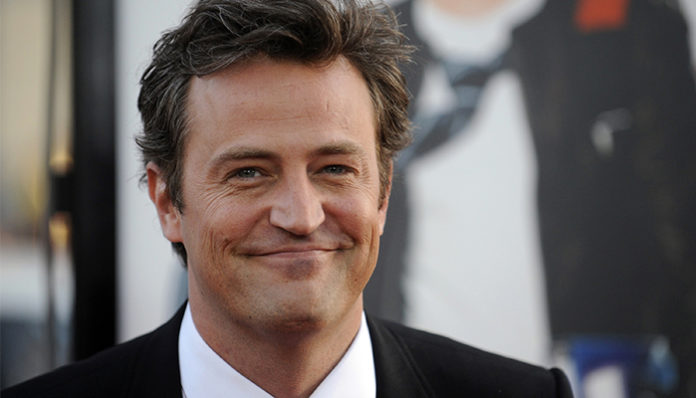 Raised in Ottawa, Ontario, Matthew Perry is best known for his portrayal of Chandler Bing in the American sitcom, Friends. Growing up, he had a deep passion for tennis and actingーboth of which he greatly enjoyedーhowever, his love for drama soon won over when he was a teen. After spending many years of his early life in Canada, he relocated to Los Angeles to live with his father, whom was an actor, when he was fifteen years old. As a student, Perry was an active member of the drama club and took part in several stage productions during his time in high school. By then, he had also made a handful of small appearances in the television series 240-Robert (1979), Not Necessarily the News (1983), Charles in Charge (1985), and Silver Spoons (1986). Although his original plan was to attend the University of Southern California, he eventually opted to focus his attention entirely on acting after being cast as a lead character in the Fox sitcom, Second Chance in 1987.

Following his time on Second Chance, Perry found himself landing a series of guest roles in Dance ‘Til Dawn (1988), Highway to Heaven (1988), Empty Nest (1989), and Growing Paints (1989). It wasn’t until the start of the new decade, that he returned to the spotlight in the CBS comedy, Sydney (1990)ーwhich unfortunately ended after a short run of thirteen episodes. Honing his skills over the next couple of years, Perry played various small parts in the shows, Sibs (1992), Dream On (1992), Deadly Relations (1993), and Home Free (1993). After many years of trying to make it big, he received the breakthrough that he’d been waiting for when he was cast as a lead part in the Fox sitcom, Friends in 1994. Perhaps one of his best remembered roles on television, Perry’s portrayal in the series earned him a TV Guide Award and a Screen Actors Guild Award during its run.

A talented actor with decades of experience under his belt, Perry has made well over 50 on-screen appearances since his newcomer days. Throughout his acting career, his work in the entertainment industry has earned him much recognition, including a multitude of accolades. A Golden Globe Award-nominee, his performances have earned him two Gold Derby Awards (e.g. Best Drama Guest Actor, TV Movie/Mini Lead Actor), a TV Guide Award (e.g. Editor’s Choice), and a Screen Actors Guild Award (e.g. Outstanding Performance by an Ensemble in a Comedy) over the years. Aside from his wins, Perry has also been nominated for four Primetime Emmy Awards, five Online Film & Television Association Awards, a Teen Choice Award, amongst many others.

So what has the actor of Friends fame been up to these days? Where has his career brought him in the recent years? What happened to Matthew Perry? Where is he now in 2018? 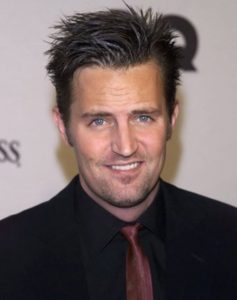 Born on August 19, 1969, in Williamstown, Massachusetts, Matthew Langford Perry is the son of John Bennett Perry, an actor and Suzanne Marie Morrison, a Canadian journalist. Due to the fact that his parents divorced when he was still a baby, he was raised by his mother in Ottawa, Ontario.

Growing up, Perry was an avid athlete; in particular, he was extremely fond of tennisーa sport that took up much of his time as a young teen. Mastering the art of the racquet, he eventually became one of the best junior tennis players in the city while attending Rockcliffe Park Public School as a student. However, tennis wasn’t his only loveーPerry was also deeply interested in acting; when he wasn’t playing tennis, he was taking part in various on stage productions.

With time, his love for acting soon won over his enthusiasm for tennis. Wanting to set himself closer to the country’s entertainment central, he moved to live with his father in Los Angeles when he was fifteen years old. Although it didn’t serve as his television debut (he made a small appearance on-screen at the age of ten), Perry landed a minor part in the series, Not Necessarily the News in 1983 when he was nineteen. From there, he appeared in Charles in Charge (1985), Silver Spoons (1986), and Morning Maggie (1986). While he originally intended to study at the University of Southern California, Perry ultimately decided to leave his education aside in order to pursue a burgeoning career in the show business. Right around then, the aspiring actor had landed his first major role in the Fox sitcom, Second Chance (1987). 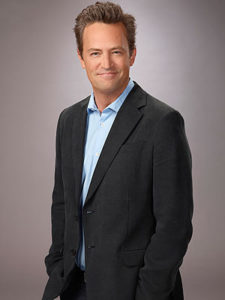 The creation of Gary Menteer and David W. Duclon, Second Chance premiered on the Fox Network on September 26, 1987. Met with generally favourable reviews upon being released on the small screen, it centred around a man named Charles Russell; after dying in a hovercraft accident in 2011, his soul is brought to the spiritual palace of Saint Peterーit is then that he is given a second chance to live on earth, as his younger self in 1987.

While actor Kiel Martin portrayed the role of Charles Russell, whom passed away at the beginning of the show, Perry was given the lead part of “Chazz”, the younger version of Charles, whom the series centres upon. In addition, Second Chance also featured the acting talents of William Gallo, Demian Slade, Randee Heller and Joseph Maher. After a few months of being on air, the sitcom was rebranded as Boys Will Be Boys; unfortunately however, the show failed to garner sufficient audience members and was eventually cancelled in the summer of 1988.

Shortly afterwards, Perry appeared briefly in Just the Ten of Us (1988), Highway to Heaven (1988), Empty Nest (1989), and She’s Out of Control (1989), prior to landing yet another lead role in the CBS sitcom, Sydney (1990). Written and created by Douglas Wyman and Michael J. Wilson, it revolved around the lives of Sydney Kells (played by Valerie Bertinelli), a young female detective and her brother Billy (played by Perry), a rookie police officer, in their hometown of New York. Featuring Van Halen’s, Finish What Ya Started as the show’s opening theme, the cast list also included Craig Bierko, Barney Martin, Rebeccah Bush, Perry Anzilotti and Daniel Baldwin. Although Sydney was well-received, it came to an end on June 25, 1990 after a run of thirteen episodes.

Throughout the early half of the 1990’s, Perry guest starred in a handful of shows including Beverly Hills 90210 (1991), Dream On (1992), Deadly Relations (1993), and Home Free (1993)ーthe last of which saw him in a lead role. Ultimately, it wasn’t until 1994 that the actor was met with perhaps the biggest break of his career when he was cast as one of the main characters in the NBC sitcom, Friends. Created by Marta Kauffman and David Crane, it centred around a group of six close-knit friends living in the Manhattan area. Filmed at the Warner Bros. Studios in Burbank, it boasted a large ensemble cast that consisted of Jennifer Aniston, Lisa Kudrow, Courtney Cox, Matt LeBlanc, and David Schwimmer (and of course, Perry). In the series, Perry played the part of Chandler Bing, a man who does statistical analysis work at a multi-national corporation. Although Friends wasn’t well-received initially, its ratings soon went up as the episodes progressed; it has since been regarded as one of the best American sitcoms of all time. Later met with critical acclaim, it went on to win over sixty awards, including seven Primetime Emmy Awards and a Golden Globe Award. Lauded for his performance, Perry also went on to receive a Primetime Emmy Award nomination for “Outstanding Lead Actor in a Comedy Series”.

Two years later, the actor starred in the comedy drama, Studio 60 on the Sunset Strip alongside Amanda Peet, Bradley Whitford, Steven Weber, D.L. Hughley, and Nate Corddry. Created by screenwriter Aaron Sorkin, it offered viewers a behind-the-scenes glimpse of a fictitious live sketch comedy that resembled that of NBC’s award-winning, Saturday Night Live. Premiered on September 18, 2006, Studio 60 on the Sunset Strip starred Perry as Matt Albieーa former writer who takes over the show’s production with his close friend, Danny Tripp (played by Whitford). Hailed as one of the best new programs on television by critics upon its debut, it attracted an average of over eight million viewers during its run. Throughout its twenty-two episodes, Studio 60 on the Sunset Strip received countless awards and nominations, including an Emmy Award in 2007. For his portrayal of Matt Albie, Perry was recognized with a Satellite Award nomination for “Outstanding Actor in a Drama Series”. 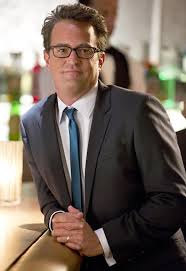 Transitioning to film in the latter half of the 2000’s, Perry appeared in the movies Numb (2007), Birds of America (2008), and 17 Again (2009). After a short break from television, he eventually returned as a main cast of the NBC sitcom, Go On (2012). Starring the actor as Ryan Kingーa sports talk radio host who struggles with his wife’s recent death, the series focuses on him and the wide range of individuals that he meets at a support group, that he’s urged to join by his boss.

In addition to Perry, it also starred Julie White, Laura Benanti, Tyler James Williams, Brett Gelman, John Cho and Sarah Baker. Upon its release, Go On proved to be a hit amongst viewersーits pilot episode managed to garner over 16 million audience members. Despite its initial popularity and favourable reviews received from criticsーmany of whom praised its directingーits rating eventually began to dip as the episodes went on; by the end of its run, its viewership had dropped to just 2.6 million. Nonetheless, Go On managed to snatch quite a few awards, including a Prism Award, a Gracie Allen Award and a Huading Awardーthe last of which went to Perry (e.g. Best Global Actor in a Television Series).

Since then, Perry has received guest parts in Hollywood Game Night (2013), Cougar Town (2014), The Dog Thrower (2014), and Web Therapy (2015). Outside of his work as an actor, he was also given an Award from the Office of National Drug Control Policy for establishing a sober-living home in Malibu, Californiaーin his former mansion. 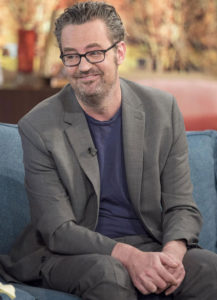 Since 2015, Perry has been playing the role of Oscar Madison in the CBS sitcom, The Odd Couple. Well received amongst viewers, it followed the lives of two friends who attempt to share an apartment together after being kicked out of the house by their respective wives. Created in part by the actor himself, The Odd Couple is currently on its third season, which just premiered this past October; its season finale is set to air on January 30, 2017.

Aside from that, he’s also been busy filming for an upcoming mini-series called, The Kennedys After Camelot (2017). Currently shooting in Toronto, Ontario, it will feature actors Ted Atherton, Ari Cohen, Kristen Hager, Diana Hardcastle and Katie Holmes, amongst many others. As of December 2016, no official release date has been announced.

If you’d like to stay up-to-date and connected with the actor, you can do so by following him on Twitter at @MatthewPerry.