If you’re a fan of shows like Jackass, you have probably heard of Nitro Circus. The show features a variety of extreme sports athletes, who perform various stunt for our own amusement. The ring leader of this circus is Travis Pastrana, a man who is famous for his exploits in BMX stunts. The collective also features individuals who specialize in stunts performed by motorcycle, dirt bike, scooter, and even roller blades. Erik Roner was one of the more well-liked members of the crew, and he specialized in base jumping and skiing. However, fans of the Nitro Circus may have noticed that Erik hasn’t been very active in the crew as of late. What happened to him? In this article, I’ll talk a little bit about Erik Roner’s rise to fame within Nitro Circus, while also talking about what happened to him to end his career.

Erik Roner was born in November of 1976 in San Francisco, California. As someone growing up in Northern California, Erik was given plenty of opportunity to partake in various outdoor exploits. Growing up, he fell in love with recreational outdoor activities. Erik’s mother was a skier from Utah, and so she encouraged her kids to look into the winter sport when they were very young. At an early age, Roner really fell in love with skiing, and it was one of the first major sports that he ever got into. He also had a strong passion for soccer, which his younger brother Chris would eventually get into professionally. This strong passion is what led him to study at Brigham Young University, where he attended to play soccer. Despite his talent in the sport, and despite how much he liked the idea of becoming a professional soccer star, he decided to pursue skiing as a professional athlete, instead. 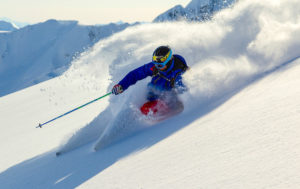 Erik eventually graduated from Brigham Young with a degree in graphic design, and with that firmly in hand, he went about becoming a professional skiier.  As it turns out, this was the right career decision to make. He became a significant figure in the skiing world, and his abilities in the winter sport have been documented by major publications like Powder, Rolling Stone, Sports Illustrated, and Men’s Journal. Outside of skiing, Roner also found that he was profoundly interested in base jumping as an extreme sport. For those who are unfamiliar, base jumping is also known as B.A.S.E. jumping. The acronym stands for “building, antenna, span, Earth”, with each of those representing something that a person can jump out of. Basically, it involves someone parachuting from a fixed structure. It’s different from skydiving, in that it involves jumping from a fixed structure as opposed to out of an airplane.

Erik was able to popularize a unique form of base jumping known today as ski-base jumping, where someone will ski off of a large cliff or other fixed structure before parachuting down. Essentially, they skin into a jump. Alongside Shane McConkey, Roner was able to pioneer this form of base jumping. He was able to perform these kinds of stunts all around the world, including in Chile, Alaska, and New Zealand. Of course, with all of these major accomplishments under his belt, it was only a matter of time before Erik’s daring feats began to attract some major attention. In the years to follow, he would see himself go from being popular within his niche to being popular among people all around the world.

In 2005, Erik was contacted by Travis Pastrana to help with a stunt for Nitro Circus, which at the time was just a small mini-series on Fuel TV. Travis was seeking Erik’s expertise in base jumping, as he was looking to base jump dirt bikes into the Grand Canyon. Roner was eager to help out with the stunt, and the Nitro Circus crew found that he fit right in with the rest of them. He was invited to join the crew, and he eagerly accepted. This, too, would prove to be an excellent career move. The Nitro Circus initially started off by releasing DVD’s, which were popular enough to warrant a television show on MTV, which was picked up in 2009. On the show, Erik was well-liked by audiences, and he fit in as being a more dorky, but daring skiier. The show was similar to another popular MTV program, Jackass, but it specialized primarily in extreme sports stunts. 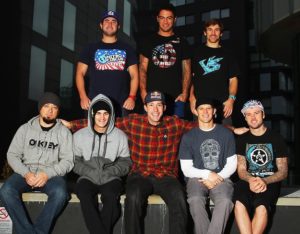 Nitro Circus was popular enough that it was able to get a second season on MTV, and that second season debuted in August of 2009. Although the series ended following that season, that didn’t mean that Nitro Circus was dead and gone. In 2012, a couple of big things happened for the crew. First of all, in March of 2012 they saw the premiere of Nitro Circus Live, a reality television show. While the original Nitro Circus show was much more casual in tone, this show focuses more on what Travis and the crew do while they go on tour. Nitro Circus Live was well-received among both long-time fans and newcomers, and it received four seasons through 2014. In 2012, the crew also saw the release of Nitro Circus: The Movie, a 3D film that was basically just an episode of Nitro Circus imported onto the big screen. By this point, Erik Roner and the rest of the Nitro Circus crew were firmly planted in the public conscious. Over the years, they would partake in numerous public appearances as, well, a traveling circus.

The Nitro Circus is still very much active. As of right now, they’re slated to embark on a major tour starting in the spring of 2017. However, if you go to one of these shows, you’re not going to see Erik Roner. Whatever happened to him? Did Erik Roner quit the Nitro Circus? What’s he doing now?

As I mentioned before, Erik Roner is known for being one of the greatest ski base jumpers in the world. Unfortunately, he met his end in September of 2015 following a horrible base jumping accident. Erik was a part of a small team of parachuters that was performing during the opening ceremonies of a Squaw Valley Institute Celebrity Golf Tournament. As someone living in Squaw Valley, it was not unusual for Roner to be taking part in this ceremony. As he entered into the drop zone, he was off target, and he ended up hitting a large tree. He was tangled up in the tree for a long time before emergency personnel was able to reach him. When he reached a local hospital, he was pronounced dead.

Although these kinds of things are obvious risks to people who take part in extreme sports, it is no less tragic when something like this happens. Erik was a bright and kind person, and at 39 years old, it’s sad that he was taken from us too soon. However, at least through his work with Nitro Circus, some of his most impressive stunts and feats have been immortalized forever. Even in death, he will be able to wow and inspire people around the world with his natural talent.