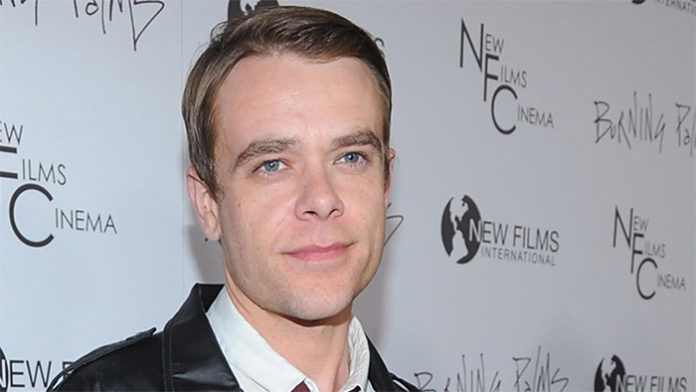 Born in Texas, Nick Stahl first gained recognition as a child star for his performance in the drama film, The Man Without a Face. At the age of four, he realized he wanted to become an actor after seeing a children’s play. Preparing himself for success, he began taking part in a number of local stage productions, after whichーwith his mother’s helpーhe started to attend auditions in hopes of landing a professional role. After a few commercial gigs, the young aspiring actor made his small screen debut in the television film, Stranger at My Door (1991) when he was twelve years old. Soon afterwards, he appeared in yet another TV movie called, Woman with a Past in 1992. Just a couple of years after shooting in front of the cameras for the first time, he received a breakthrough with Mel Gibson’s drama film, The Man Without a Face (1993) after being cast as one of its main leads. Not only did the movie help to kickstart his career, but it also garnered Stahl a Young Artist Award nomination.

Paving himself a path towards stardom, the actor went on to appear in the motion picture, Safe Passage (1994) the following year. Some of his other early works include Tall Tale (1995), Eye of God (1997), Disturbing Behaviour (1998), and The Thin Red Line (1998)ーthe last of which earned him a Satellite Award which he shared with the rest of his cast. Continuing with his acting career into his twenties, Stahl co-starred in Sunset Strip (2000), In the Bedroom (2001), Twist (2003), and Sin City (2005), amongst many other films during the 2000’s. Since the beginning on his professional career, he has taken on more than fifty different rolesーmany of which have garnered him recognition from within the industry. For instance, he has been nominated for a Critics Choice Award (e.g. Best Acting Ensemble), a Genie Award (e.g. Top Performance by a Lead Role Actor), a Gold Derby Award (e.g. Best Ensemble Cast), and a Prism Award (e.g. Best Performance in a TV Movie), amongst many others.

Aside from Hollywood films, Stahl has also taken part in a fair amount of television projects. Aside from the aforementioned TV films (e.g. Stranger at My Door, Woman with a Past), he has also appeared in Incident in a Small Town (1994), Blue River (1995), and My Son is Innocent (1996). Towards the latter half of the 90’s, he began making guest appearances in several TV series such as Out of Order (1996), Promised Land (1997), Hercules (1998), and Seasons of Love (1999). Having said that, his best remembered role on television is probably that of Ben Hawkins in the HBO series, Carnivale (2003)ーa portrayal that led him to a Satellite Award nomination and a Saturn Award nomination.

What has the child star-turned adult actor been up to since then? Is he still putting himself out there as an actor? If so, what are some of his latest projects? What happened to Nick Stahl? Where is the star in 2017? 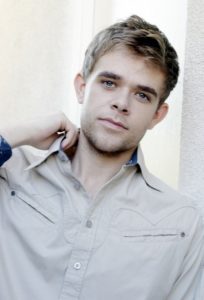 Born on December 5, 1979 in Harlingen Texas, Nick Stahl (Birth Name: Nicolas Kent Stahl) is the son of William Kent Stahl and Donna Lynn Reed, a businessman and a brokerage assistant. When he was four years old, his mother brought him to see a children’s playーit was then that he realized he wanted to become an actor. After announcing his newly-found dream to his parents, Stahl began taking part in a number of local productions. Shortly afterwards, with the help of his mother, he attended a number of auditions. From there, it wasn’t long until he landed a few commercial gigsーthus appearing on television for the first time.

At the age of twelve, Stahl made his official acting debut in the TV film, Stranger At My Door (1991). The following year, he appeared in yet another television movie called, Woman with a Past (1992). Continuing to put himself out there as a young actor, he eventually received a breakthrough in 1993 when he was cast as one of the main leads in the drama film, The Man Without a Face.

Directed by Mel Gibson, The Man Without a Face revolved around a young man named Chuck who wants to leave home for boarding school but is unable to due to his grades; he eventually befriends a reclusive painter from his neighbourhood whom he later finds out is a former teacher. Fourteen years old at the time of filming, Stahl portrayed the role of Young Chuck Nordstadt, while actor Robert DeDiemar Jr. took on the role of adult Chuck. His first major role at the time, it earned him much recognition as a rising child star. Aside from DeDiemar Jr., and Stahl, the film also starred Margaret Whitton, ay Masterson, Gaby Hoffmann, Richard Masur and Geoffrey Lewis.

Originally released in theatres on August 25, 1993, The Man Without a Face went on to gross over $24.7 million at the box office domestically. Upon its release, it was generally met with mixed reviews; while many viewers praised it for its spectacular directing and heart-warming story, others were less enthusiastic about its deviations from the original novel. Nonetheless, it earned Stahl a Young Artist Award nomination for “Best Youth Actor Co-Starring in a Motion Picture Drama” in 1994ーhis first industry recognition. 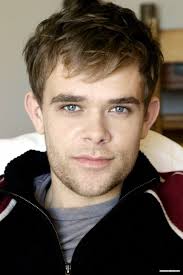 The next year, Stahl was offered a supporting part in Robert Allan Ackerman’s drama film, Safe Passage (1994). Featuring a screenplay by Deena Goldstone, it centered around a moderately psychic woman by the name of Maggie Singer, who sees visions of the future in her dreams; a mother of seven, she eventually finds herself haunted by the fact that one of her sons may have succumbed to an accident.

In the fall of 2001, the actor took part in Todd Field’s crime drama film, In the Bedroom alongside Tom Wilkinson, Marisa Tomei, and Sissy Spacek. Based on a short story by author Andre Dubus, it revolved around a recent college graduate named Frank who starts a relationship with an older woman with two small children. As the two continue to get to know each other better throughout the course of the movie, they are eventually dismayed to find out that her ex-husband is going to violent lengths in order to get back at her.

Released in a handful of theatres on November 25, 2001, In the Bedroom grossed over $93,000 across four screens. The second highest-earning movie at the Sundance Film Festival during its premiere, it eventually went on to earn more than $43 million worldwide. Critically acclaimed, the crime drama received countless positive reviewsーmost of which lauded it for its brilliant script, directing and acting. Hailed as the “Best movie of the last few years” by critic David Edelstein of Slate Magazine, In the Bedroomーwhich was later nominated for five Oscarsーwas also selected to be included in New York Times Film Critics List of “Best 1000 Films of All Time”. For his portrayal of the young man, Stahl received a Screen Actors Guild Award nomination in 2002.

In 2005, Stahl was cast as a supporting character in the blockbuster, Sin City. Adapted from Frank Miller’s graphic novel of the same title, it focused on the inhabitants of Basin Cityーa small and downcast town. Produced by Robert Rodriguez, Frank Miller, and Elizabeth Avellan, it featured an all-star ensemble cast which consisted of Bruce Willis, Jessica Alba, Clive Owen, Benicio del Toro, Elijah Wood, Mickey Rourke, and Brittany Murphy. In it, Stahl played the role of Roark Junior, a serial child murderer who has raped and killed four victims by the initial half of the movie.

Originally screened nation-wide in April of 2005 after premiering at the Mann National Theatre, Sin City opened to universal acclaimーcommended for its unique color processing, it took in well over $29 million during its first weekend. Although ticket sales began to decline in the later weeks, it managed to gross over $158 million by the end of its theatrical runー$74 million which came from North America. Given a perfect four out of four star rating by contemporary critic Roger Ebert, it has been compared favourably to several other comic book adaptions such as that of Hulk and Batman. As a member of the cast, Stahl was nominated for a Critics Choice Award for “Best Acting Ensemble” and a Gold Derby Award for “Best Ensemble Cast”. 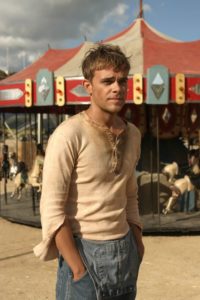 While he may have received the most recognition for his film roles, Stahl has also starred as a lead character in the HBO series, Carnivale (2003). The brainchild of Daniel Knauf, it followed two distinctive story linesーone that followed Ben Hawkins (played by Stahl), a young carnival worker, and mother that followed a preacher by the name of Justin Crowe (played by Clancy Brown). Besides the two actors, the fantasy drama also starred Michael J. Anderson, Patrick Bauchau, Adrienne Barbeau, John Fleck and many others.

Premiered on the HBO Network on September 7, 2003, Carnivale received much praise for its visual style. Filmed in Santa Clarita, California, it drew in over five million audience members for its premiereーmaking it the best debut for a HBO original at the time. Despite its initial success, its ratings eventually began to drop with subsequent episodes; by season two, it had only averaged 1.7 million viewers. Carnivale ultimately ran for two years, with its series finale airing on March 27, 2005. By then, the series had reaped in multiple awards including five Primetime Emmys; it also garnered Stahl a Saturn Award nomination for “Best Supporting Actor in a TV Series” and a Golden Satellite Award nomination for the category of “Best Actor in a Series Drama”. 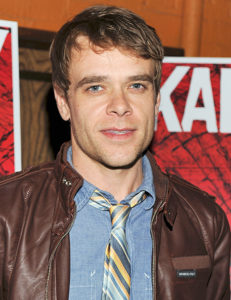 Looking at his IMDb page, it would appear that Stahl hasn’t appeared in any productions since 2014. Some googling around on our part have revealed the reason behind the gap in his filmographyーaccording to multiple reports, the star had been covertly checked into rehab for a period. Unfortunately, it also wasn’t his first run-in with drugs; having struggled with drug addiction since his teens, he had been previously arrested for methamphetamine possession back in 2013.

Having said that, it looks like Stahl has managed to put his life back on tracks for he’s set to start in an upcoming film called, American Dream (2017). While not much has been revealed about the motion picture at this point, we do know that it will be directed by Janusz Kaminiski. Aside from Stahl, it will also feature Luke Bracey, Michiel Huisman, Agnieszka Grochowska and Samantha Ressler. According to IMDb, the movie is currently in the post-production stagesーlooks like we’ll just have to wait patiently for it to be released.