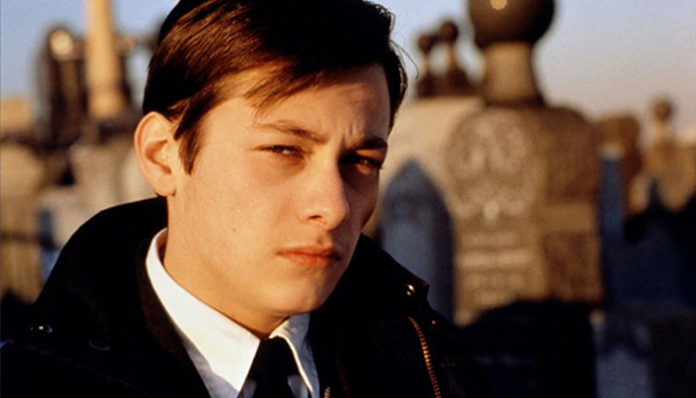 A former teen idol, Edward Furlong is perhaps best known for his portrayal of John Connor in the science fiction film, Terminator 2: Judgement Day (1991). Unlike many who started out their careers as a child star, he had no ambitions to pursue acting as a youth. It wasn’t until he was approached by Mali Finn, a casting agent who happened to be looking for a young actor at the time, that he first step foot in front of the cameras. Thus, at the age of fourteen, Furlong made his feature film debut in James Cameron’s Terminator 2: Judgment Day alongside big-name stars Arnold Schwarzenegger and Linda Hamilton. A massive box office hit, the motion picture did wonders at propelling Furlong into the path of stardom. Not only did his breakthrough performance in the film earn him praise from viewers, but it also garnered him a MTV Movie Award and a Saturn Award. To this day, it remains to be one of the artist’s best remembered roles on the big screen.

Rising in notoriety and fame, he then went on to star in Pet Sematary II (1992), and American Heart (1992)ーboth of which were met with applause. Some other noteworthy projects from his early career include A Home of Our Own (1993), Little Odessa (1994), The Grass Harp (1995), and Before and After (1996). In 1998, Furlongーwho was now twenty oneーstarred in yet another critically acclaimed film, American History X opposite of Edward Norton. Commended for his portrayal of one of the main leads, he was nominated for an Awards Circuit Community Award (e.g. Best Actor in a Supporting Role), an Independent Spirit Award (e.g. Best Supporting Male), and a Young Artist Award (e.g. Best Performance in a Feature Film – Supporting Young Actor). Throughout his professional career, Furlong has taken part in over sixty different titlesーmost of which were in Hollywood.

Having said that, the actor has appeared in a handful of television series over the years. The same year as his film debut, he appeared on the small screen for the first time in an episode of the late-night sketch comedy, Saturday Night Live (1991). In the 2000’s, he also played a recurring character by the name of Shane Casey in the popular crime drama, CSI: NY (2006). More recently, he has guest starred in a couple episodes of the shows Perception (2012), and The Glades (2012). Aside from acting, Furlong had also briefly embarked on a music career; he released a studio album entitled, Hold on Tight in 1991ーit was however, only available in Japan.

What has the actor of Terminator 2: Judgement Day been up to since then? At thirty nine years old, is he still living the acting lifestyle? Or has his career gone a completely different direction? What happened to Edward Furlong? Where is he now in 2018? 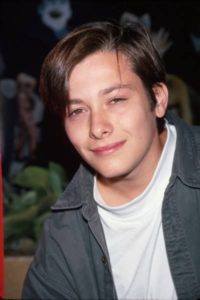 Born on August 2, 1977 in Glendale, California, Edward Walter Furlong is the son of Eleanor Torres, a worker at a youth centre; he is of Mexican descent, although he has described himself to be “half-Russian”. Growing up, he did not harbour much interest in acting, nor was it something that he wanted to pursue in life.

It wasn’t until he was approached by a casting agent in the late 90’s, who happened to have been looking for a young actor to star in a film, that he first started to pay attention to the entertainment scene. Recognizing his potential, the agentーMali Finn, wasted no time in suggesting him to the movie’s directors, who ultimately cast him in their science fiction film, Terminator 2: Judgment Day (1991). During this period, Furlong lived with his aunt, Nancy Tafoya and half-brotherーthe former of whom obtained custody of him during the initial periods of his acting career.

Not only did it serve as his feature film debut, but Terminator 2: Judgement Day was also his first time acting in front of the camera. The action-packed sequel of Terminator (1984), it revolved around a cyborg who does everything in her power to protect her son, John Connor from a highly advanced, shapeshifting cyborg who has been tasked with his assassination. While Robert Patrick played the part of T-1000, the prototypical android, Furlong portrayed none other than John Connor; his on-screen mother, Sarah Connor, was played by actress Linda Hamilton. In addition, the movie also starred Joe Morton and Earl Boen.

Originally released on July 3, 1991, James Cameron’s Terminator 2: Judgement Day was a critical hit upon reaching theatres. During its opening weekend, it took in approximately $54 million across 2270 screens. Noted for its ground-breaking computer-generated graphics and use of motion capture, it received nothing but high praises from both critics and viewers alike. One of the most expensive films ever to have been made at the timeーwith a production budget of $102 millionーit eventually grossed over $519 million at the box office internationally, rendering it a commercial success. As it happened, Furlong’s big screen debut ended up being a massive blockbuster; not only did his portrayal of ten-year-old John Connor earn him much praise, but it also led him to an MTV Movie Award and a Saturn Award shortly after its release. 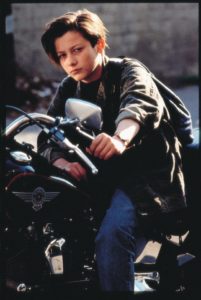 After his first taste of stardom, Furlong went on to appear in the films, Pet Sematary II (1992), and American Heart (1992) the following yearーhowever they ultimately did not rival the success of his initial work. Continuing with his career as an up-and-coming actor, he eventually found himself co-starring in the movies A Home of Our Own (1993), Brainscan (1994), Little Odessa (1994), The Grass Harp (1995), and Before and After (1996). A couple of video shorts later, he landed yet another starring role in Tony Kaye’s crime drama film, American History X (1998).

Written by screenwriter and producer David McKenna, American History X depicted the story of two brothers who become involved in the Neo-Naxi movement in Venice, Los Angeles. After one of the siblings is sent to three years behind bars for voluntary manslaughter, he finally changes his beliefsーhowever his younger brother remains unswayed. In order to prevent his younger brother from walking down the same path, he then makes it his personal mission to help him realize the truth. While Edward Norton portrayed the role of Derek Vinyard, the older brother, Furlong was given the part of Danny Vinyard, his younger brother. In addition to the two actors, American History X also starred Jennifer Lien, Beverly D’Angelo, Ethan Suplee, and Fairuza Balk.

Released on October 30, 1998, American History X earned more than $156,000 in over a dozen theatres in its opening weekend. Following a nation-wide release, it grossed more than $6.7 million for a worldwide total of $23.8 million. Well-received by critics, it garnered numerous praises for its compelling story and excellent cast. Lauded by many publications such as the Chicago Tribune and Variety Magazine, its unique nonlinear narrative also earned much applause from viewers. Nominated for an Academy Award in 1999, American History X also garnered Furlong an Awards Circuit Community Award nomination and a Young Artist Award nomination that same year. 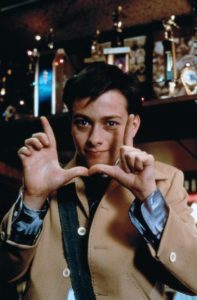 Prior to the arrival of the new millennium, Furlong played his first title character in the comedy drama film, Pecker (1998). Directed and written by John Waters, it centered around a young man named Peckerーan aspiring photographer who works as a local sandwich shop. After many years of taking photos as a hobby, his talents are discovered one day by a savvy art dealer named Rorey Wheeler; with that, he finds himself stumbling upon fame. While the actor portrayed the role of Pecker, Lli Taylor too on the role of the New York art dealer. Other cast members of the film include Christina Ricci, Mary Kay Place, Brendan Sexton III, Martha Plimpton, and Bess Armstrong.

Distributed by Fine Line Features, Pecker was released in theatres on September 25, 1998. During its opening weekend, the comedy drama grossed a little over $541,000 across 184 screens. By the end of its theatrical run, it had earned approximately $2.3 millionーa figure that was considerably lower than its production budget of $6 million. Despite not being a financial success, Pecker received a fair amount of favourable reviews; while some critics noted a few awkward lines of dialogue in the script, most praised it for its smart characterizations and amusing storyline. It later went on to win awards from the Gijon International Film Festival, the Florida Film Critics Circle and the National Board of Review.

In 2000, Furlong co-starred in Steve Buscemi’s crime drama film, Animal Factory. Based on a book of the same title by Eddie Bunkerーwho also appears in the movie, it centered around Ron Decker (played by Furlong)ーa young man who is sent to prison after being convicted for drug possession. It is there behind bars that he is taken under the wing of Earl Copen (played by Willem Dafoe), a veteran con-artist. Boasting a talented cast, Animal Factory also featured the acting talents of Danny Trejo, John Heard, Tom Arnold, Mickey Rourke and Seymour Cassel.

Filmed at Philadelphia’s Holmesburg Prison, it was widely praised during its premiere at the Sundance Film Theater in January of that year. Later released in a designated Los Angeles theatre on October 22, 2000, it went on to earn over $43,000 worldwide at the box office. Though the low key production ended up being a financial flop, having been produced on a budget of $3.6 million, Animal Factory garnered multiple praises from audience members. Nominated for an award at the Stockholm Film Festival, many commended it for its realistic portrayal of the prison environment. Currently, it holds a favourable 81% approval rating on Rotten Tomatoes. 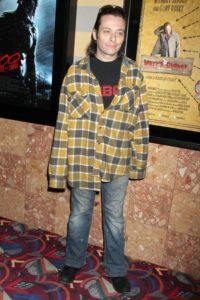 This year, the celebrated actor will be starring in an upcoming mystery thriller called, The Reunion (2017). Directed and written by Tim French, it will center around three close friends who come together for a reunion ten years following their high school graduation; during their weekend getaway together however, something from the past comes back to haunt them. Currently in post-production, its cast list also includes Clayton Snyder, Nick Roux, Cortney Palm and Chelsea Ricketts.

Another forthcoming motion picture that Furlong will be appearing in is the action drama, Karma (2017). To be filmed in Santa Clarita, California, it will depict the story of a group of thieves and the karma that they eventually run themselves into. In addition to the actor, it will also feature Monica Keena, Daeg Faerch, Nick Stellate and Kent Harper in lead roles.

If you’d like to stay connected with the former teen star, you can do so by following him on social mediaーyou can find Edward Furlong on Twitter at @edfurlong.