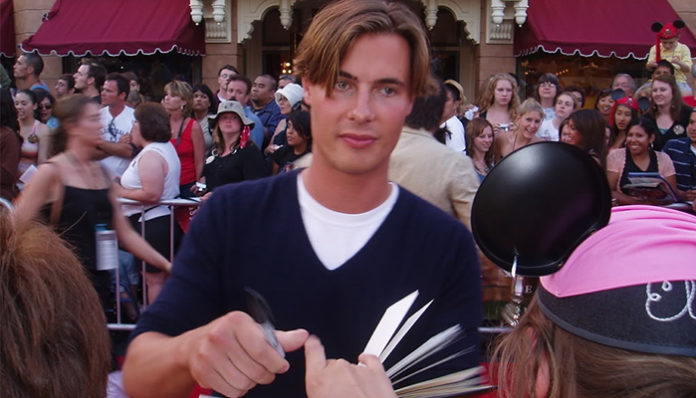 Talented with good looks, Erik Von Detten has starred in several high-profile films such as The Toy Story (1995), Toy Story 3 (2010), and The Princess Diaries (2001). Raised in Southern California, his career in the show business started when he was nine years oldーwhile he was simply accompanying his sister to meet a talent agent, it was him that was ultimately signed on the spot. Shortly afterwards, he made his feature film debut in the holiday flick, All I Want For Christmas (1991) that same year. A small TV role later, Von Detten received a huge breakthrough with the Primetime Emmy Award-nominated daytime soap, Days of Our Lives (1993), in which he was cast as a series regular. Despite being only ten at the time, he was heavily involved on-screen as one of the main characters. For his stunning portrayal of Nicholas Alamain in the series, the young actor was nominated for a Young Artist Award for “Best Youth Actor in a Soap Opera” in 1994.

After a year of starring in the NBC soap opera, he went on to appear in a handful of made-for-television films such as In the Best of Families: Marriage, Pride & Madness (1994), A Season of Hope (1995), Kidnapped: In the Line of Duty (1995), and Escape to Witch Mountain (1995). Around that same time, he also guest starred in a couple episodes of the shows Aaahh!! Real Monsters (1994), and ER (1995). At the age of fifteen, Von Detten was cast as Sid Phillips, a wicked toy destroyer in the Pixar animated film, Toy Story (1995)ーit was also his first major voice-over role. From there, he made a number of guest appearances in Mr. Rhodes (1996), 7th Heaven (1996), You Wish (1998), and The Wild Thornberrys (1998), amongst many others. In spite of his relatively young age, the actor has amassed many industry recognitions throughout his career including five Young Artist Award nominations (e.g. Best Ensemble, Best Performances in a Series, Best Performance in a Feature Film, Best Performance in a TV Movie) and two Young Star Award nominations.

So what has the former child star been up to nowadays? Where is he now in 2018? 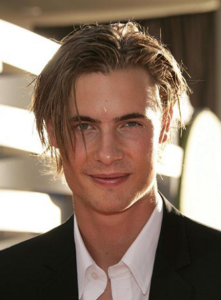 Born on October 3, 1982 in San Diego, California, Erik Thomas Von Detten is the son of Volker Von Detten and Susan Farber, the latter of whom worked as a photographer; he is of German, English, Russian and Jewish descent. Growing up in the sunny state of California with his brother and three sisters, Von Detten enjoyed many activities such as playing the piano and experimenting with photography with his mother.

At one point during youth, he also spent much time restoring a classic sailboat which he had bought with his own money. When he was nine years old, he was asked to accompany one of his sisters to an agent meeting; it was during that fateful day that his charm and good looks netted him a talent contract. Thus, he soon landed his first professional acting role in the holiday film, All I Want for Christmas (1991), where he played a member of a choir.

Two years later, Von Dettenーwho was eleven at the timeーmade his small screen debut in the television movie, Night Sins (1993). Soon afterward, he received a big break when he was cast as one of the main characters in the soap opera, Days of Our Lives (1993).

As it happened, his first major role on TV ended up being in one of the longest-running series at the time, Days of Our Lives. Originally premiered on NBC back in 1965, the show had been on air for close to three decades prior to Von Detten joining the cast. Playing the character of Nicholas Alamainーthe secret son of Carly Manning and Lawrence Alamainーthe young actor made his debut in an episode that aired on March 29, 1993. From there, he ultimately starred in over fifty episodes, throughout the year of 1993; he appeared for the last time in the episode that was broadcast on August 13, 1993. Despite having only been ten at the time, Von Detten’s character was heavily involved in many of the series’ main story lines.

Created by the husband and wife team Betty and Ted Corday, Days of Our Lives enjoyed much success ever since it hit the screens in the mid 60’s. Syndicated to several countries across the globe, it is currently one of the longest-running soap operas on televisionーhaving been broadcast nearly everyday since the fall of 1965. Throughout the years, the show has starred countless celebrity stars including Tom Horton, Mickey Horton, Julie Olson, Frances Reid, Suzanne Rogers, and Bill hayes, and many others. Universally acclaimed, Days of Our Lives has garnered well over 400 different award nominationsーincluding more than twenty Primetime Emmy Award wins. For putting on a captivating performance, Von Detten also received a Young Artist Award nomination in 1994. 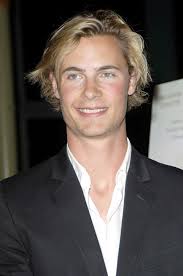 Following his departure from Days of Our Lives in 1993, he appeared in a string of TV films including Night Sins (1993), In the Best of Families: Marriage, Pride & Madness (1994), A Season of Hope (1995), Kidnapped: In the Line of Duty (1995), and Escape to Witch Mountain (1995). Aside from appearing in made-for-television movies, Von Detten also guest starred in an episode of the Nickelodeon animated series, Aaahh!!! Real Monsters (1994), and in an episode of the popular medical drama, ER (1995).

That same year, he also landed his first major voice-over role in the Pixar animated film, Toy Story (1995). His third appearance on the big screen, it starred Von Detten as Sid Philipsーthe villainous toy destroyer that serves as the movie’s main antagonist. Set in a universe where anthropomorphic toys pretend to be lifeless in the presence of humans, the film revolved around a cowboy doll named Woody who feels threatened by the arrival of a new spaceman action figure by the name of Buzz Lightyear; over the course of the movie however, they eventually evolve into close friends. At one point in Toy Story, Woody and his friends are captured by Von Detten’s character, Sid, and must find their way out of his house to return home.

Directed by John Lasseter, whom also helped to write the story, Toy Story also featured the voice talents of Tom Hanks, Tim Allen, Jim Varney, Don Rickles, Annie Pott and Wallace Shawn. Screened nation-wide on November 22, 1995, the movie was a critical success; on its opening weekend, it earned over $29 million, placing it in first place at the box office. It had grossed more than $373 million. To date, it remains to be one of the highest-earning box office hits that Von Detten has taken a part of.

The next year, Von Detten was chosen to star in the ABC Family original film, Christmas Every Day (1996). Written by Stephen Alix and Nancey Slivers, the holiday flick revolved around a self-absorbed teenager named Billy Jackson (Played by Von Detten) who finds himself having to relive the same Christmas holiday over and over again (which consists of him facing the school bully and arguments with his uncle, amongst other things), after his sister makes a wish; it isn’t until later in the film that he realizes that “the curse” will never end until he comprehends the true meaning of the Christmas season.

Aside from Von Detten, Christmas Every Day also starred Robert Hays, Bess Armstrong, Yvonne Zima, Robert Curtis Brown and Robin Riker. Released on December 1, 1996, the comedy was generally met with favourable reviews; it currently holds a 6.4/10 rating on IMDb. Lauded for his acting in the film, the actor also received a Young Artist Award for “Best Performance in a TV Movie” and a Young Star Award for “Best Performance by a Young Actor in a Made for TV Movie” in 1997. 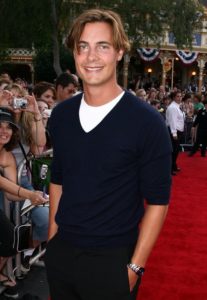 In 1997, Von Detten co-starred in the comedy flick, Leave It to Beaver alongside Cameron Finley, Christopher McDonald, Janine Turner and Adam Zolotin. Directed by Andy Cadiff, it served as a modern remake of a television series from the 50’s and 60’s.

While Finley took on the title character of “Beaver”, the actor played the role of Wallace CleaverーBeaver’s intelligent and polite older brother; while they may not always get along, deep inside the two do in fact, care for each other greatly. Despite being a remake of a popular TV show, Leave It to Beaver was poorly received upon its release in theatres on August 22, 1997. A commercial flop, many viewers criticized the film for its dull and superficial script. Nonetheless, it earned Von Detten yet another Young Artist Award in 1998.

The next year, the actor starred as the title character in the Disney Channel Original Movie, Brink! (1998). Based on a novel by author Mary Mapes Dodge, it centred around an in-line skater by the name of Andy Brinker (played by Von Detten) and his skating crew. Joining him in the cast were Christina Vidal, Robin Riker, Geoffrey Blake, David Graf and Patrick Levis. Met with generally positive reviews, Brink! was later ranked by Entertainment Weekly to be one of the “Top 30 Disney Channel Original Movies” in 2015.

His last appearance being in that of Toy Story 3 back in 2010. Considering this, it’s probably fair to say that Von Detten has left the show businessーas least for now, anyway.

He did make a rare appearance on the red carpet back in June of 2016, for the premiere of the TV film, Adventures in Babysitting, as it was also the celebration of the 100th Disney Channel Original Movie. At the event held in Los Angeles, he showed up with his two young children, a daughter and son; however, it’s unsure who his partner is at this point, as he’s been off the radar for quite some time. All we know is that, he still has all his charm and good looks!