What Happened to Omarion – News & Updates 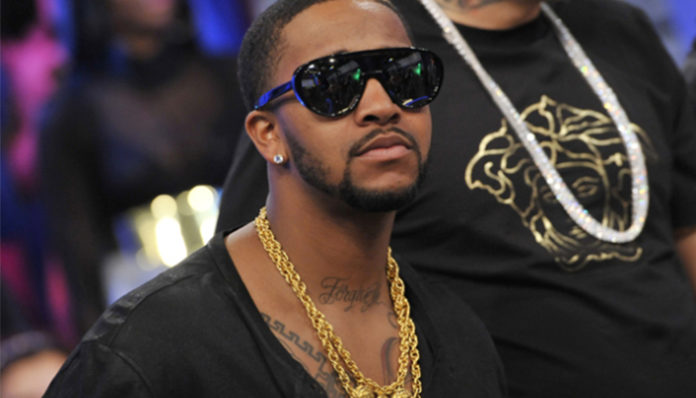 Omarion is an American rapper who is best known as the lead vocalist of the R&B group, B2K. Raised in the entertainment central of Los Angeles, he developed a passion for music during his early childhood. A performer since the age of five, Omarion appeared in a handful of television commercials in the late 1980’s; he even made a few cameos in Before Dark’s (a girl group from the late 90’s) music videos. When he was fourteen years old, a huge opportunity came his wayーhe was invited to join the boy band, B2K as one of their singers. After securing a contract with Epic Records, the quartet broke into the pop charts with their debut single, Uh Huh in 2001. From there, the group eventually released their eponymous studio album, B2K in the spring of 2002. Quickly proving to be a chart-topper, it effectively launched Omarion and his bandmates into celebrity status. Continuing to put themselves out there, B2K later opened for the Scream Tour II alongside artists TG4, and Bow Wow.

From the day they first performed together, the R&B boy band has released two full-length albums, two EPs, and eleven singlesーmany of which have charted in the United States. Some of their best known hits include Bump Bump Bump, Girlfriend, and Badaboom. While they’re mostly known for their pop and rap music, B2K has also dabbled in acting; they made their film debut as a group in the movie, You Got Served in 2004. A commercial success, it also spawned an original soundtrack that was performed by none other than B2K themselves. Popular amongst the rap scene, the ensemble won several awards during their time together including two BET Awards (e.g. Viewer’s Choice, Best Group), two Soul Train Music Awards (e.g. Best R&B/Soul Singer), and a Kids’ Choice Award (e.g. Favourite Music Group). B2K ultimately played together for seven years, before going their separate ways in 2004.

Since then, Omarion has gone on to pursue a solo music careerーhe released his debut album, O in 2005, just a year after the group’s dissolution. As of 2016, the rapper has come out with five full-length albums, two EPs, and thirty singlesーa handful of which have received RIAA certification in the US. To date, his greatest hit remains to be that of Post to Be, a collaboration effort with fellow artists Jhene Aiko and Chris Brown. Aside from his work as a musician, Omarion has also starred in multiple movies over the years including Fat Albert (2004), Feel the Noise (2007), Wrong Side of Town (2010), and Somebody Help Me 2 (2010). More recently, he was also a main cast member in the reality series, Love & Hip Hop: Hollywood (2014).

So what has the former B2K vocalist been up to recently? Has he transitioned over to acting completely? Is he still working on music? What happened to Omarion? Where is he now in 2018? 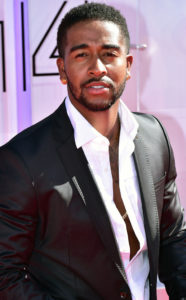 Born on November 12, 1984, in Los Angeles, California Omarion Ishmael Grandberry is the son of Trent and Leslie Burrell Grandberry. The oldest out of seven siblings, he developed an interest in music at a very young age. A natural performer, he was often spotted dancing in the family home as a child. While he was still in grade school, Omarion appeared in various television commercials including those for McDonald’s and Kelloggs Cereal; he even made a cameos in a few 80’s music videos. As a teen, he was a student at Alexander Hamilton High School, where he was an active member of the football team, however he ultimately dropped out of school before graduating.

At the age of fourteen, Omarion was approached by music manager, Chris Stokes, while he was hosting a party on New Years’ Eve; the latter had been trying to put together a boy band. Jumping at the opportunity to join something big, he quickly signed on to become the group’s fourth and final memberーalongside Lil’ Fizz, J-Boog and Raz-B. Deciding on the name B2K, an acronym for “Boys of the new Millennium”, the quartet soon performed together at the Scream Tour I later that year, after appearing in one of Lil’ Bow Wow’s music videos. Eventually securing a recording contract with Epic Records, B2K headed off to the studios to work on their debut album.

Omarion’s Music Career with B2K in the Early 2000’s 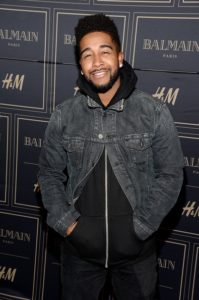 In the spring of 2002, the R&B group released their eponymous debut album, B2K under the Epic label. Produced by a team of musicians, including Bryan-Michael Cox and Jermaine Dupri, it entered the US Billboard 200 at number two and the US R&B and Hip Hop Albums Chart at number one shortly after its release.

Recorded within a year, B2K featured a seventeen-song track list; some titles from the disc include I’m Not Finished, Hey Little Lady, Your Girl Chose Me, Feel This Way, and Here We Go Again. A successful entrance into the hip hop scene, the album wasted no time in selling over 100,000 copies during the first week. Lauded for its powerful vocals and dance beats, it received a three star rating from critics at Allmusic. Supported by three singles (e.g. Uh Huh, Gots Ta Be, Why I Love You), one of reached the international charts, it has since sold over 500,00 copies domestically, earning it Gold certification from the RIAA.

B2K released their second full-length album, Pandemonium! on December 10, 2002. The group’s final effort together, it consisted of twenty one hip hop tracks, several of which featured artists such as P. Diddy, Makeba Riddick, and 50 Cent; a few highlights include Bump That, Would You Be Here, Where Did We Go Wrong, Pretty Young Thing, and Boys 4 Life. Despite receiving mixed reviews upon hitting the stores, Pandemonium! debuted at number three on the Top R&B and Hip Hop Albums Chart and at number ten on the US Billboard 200; over 194,000 copies were sold within the initial week. Proving to be a hit overseas, it also charted in Switzerland, France, Australia and the UK. Given a C+ rating from Entertainment Weekly, the album spawned four singlesーBump Bump Bump, Girlfriend, Bump That, and What a Girl Wants, the first of which ended up topping the Billboard Hot 100 Chart. As of March 2003, Pandemonium! has been certified Platinum for selling over a million copies in the US. 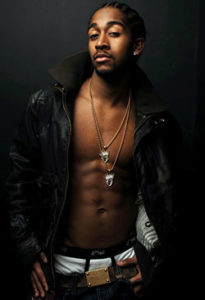 Following the dissolution of B2K in 2004, Omarion ventured towards a solo music career. Signing with Epic Records, he released his debut album, O on February 22, 2005. Produced in collaboration with a long list of musicians, it boasted thirteen tracks, two of which featured Mila J and Big Boi (e.g. Take it Off and Never Gonna Let You Go respectively); a few other standouts include Drop That Heater, Growing Pains, In the Dark, and Slow Dancin.

Well-received, O topped both the Billboard 200 and Top R&B and Hip Hop Albums Chart at the number one position upon its release. While the album is noted for containing explicit language, it did not come accompanied with a Parental Advisory label. Praised by critics, O was eventually nominated for a Grammy Award for the category of “Best Contemporary R&B Album” in 2006. Since its release, it has sold over 500,000 copies within the country, earning it Gold accreditation in the US.

The next year, the rapper released his second studio album entitled, 21 on December 26, 2006. Produced by Eric Hudson, The Neptunes, Bryan Michael Cox and Timbaland, it contained twelve tracksーall of which were co-written by Omarion himself. Considered to be an improvement over his initial effort, it entered the US Billboard 200 at number one and quickly sold over 119,000 units within the initial week. The artist’s second album to debut at the top of the chart, it contained many hit songs including Just Can’t Let You Go, Just That Sexy, Beg For It, Obsession, and Been With a Star. Despite its success on the charts, 21 was met generally with mixed reviews; while some lauded it for its production and song quality, others criticized Omarion for his vocal performance. Given a B+ rating from Stylus Magazine, the album eventually spawned two singlesーEntourage and Ice Box (feat. Timbaland), the latter of which was later certified Gold by the RIAA. To date, 21 has sold over 390,000 copies in the United States.

After the release of a collaborative album with Bow Wow in 2007, it wasn’t until January of 2010 that Omarion came out with his third studio album, Ollusion. His first and last record with StarWorld Entertainment, it made its way to number nineteen on the Billboard 200 and to number seven on the Top R&B and Hip Hop Albums Chart, achieving over 19,000 copies in first-week sales. Produced in part by the artist himself, Ollusion contained eleven tracks including Last Night (Kudos), What Do You Say, Temptation, Sweet Hangover, and I Think My Girl is Bi. Critically acclaimed, it garnered many favourable reviews from criticsーmany of whom commended it for its layered arrangements and details in sound. Later settling in at number two on the US Independent Albums Chart, it went on to produce three singles including Speedin, I Get It In and Last Night (Kinkos).

Four years later, Omarion released his fourth full-length album, Sex Playlist via Atlantic Records and the Maybach Music Group. A follow up to his preceding album, it is noted for being more conceptually driven and mature compared to his earlier releases. Self-described to be “a playlist for the lovers”, it contained thirteen songs, most of which were written by the singer himself; a few stand out tracks include The Only One…Don’t Leave, Steam, Already, and Love & Other Drugs. Upon its release, Sex Playlist debuted at number forty nine on the Billboard 200 and swiftly sold over 16,000 copies. Met with rave reviews, the album received near-perfect scores from many critics including those from AllMusic and Complex. Accompanied by the release of two singlesーYou Like It, and Post to Be, it has since sold over 43,000 units in the United States.

If you thought that the R&B superstar didn’t have anything up his sleeve for the upcoming year, think again. Omarion recently announced with the release of his latest music video, that he will be dropping the long-awaited fifth studio album sometime in early 2017. His second record with the Maybach Music Group, the artist has revealed that it will be a step up from his previous efforts and that “[he] can’t wait to share it with [us].”

In regards to his personal life, Omarion welcomed the arrival of his baby girl in March of 2016. In a shock to fans however, he and his then-girlfriend, Apryl Jones, ended their relationship a few months after her birth. According to reports, it was an amicable breakup and the two will be remaining friends.

If you’d like to stay up-to-date with the R&B artist, you can do so by following him on social mediaーyou can find Omarion on Twitter or Instagram on @1omarion.