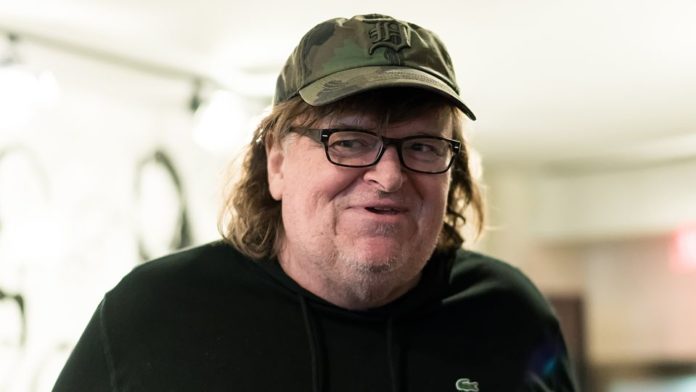 During the 2000’s, the filmmaker Michael Moore made several different documentaries that would go on to become some of the most critically and commercially successful documentaries of all time. His work commented on issues such as health care, capitalism, and various United States presidents. Americans today easily live in a more politically charged environment than has been the case in more recent years. However, Moore’s documentaries don’t seem to make headlines like they used to. What happened to him? In this article, I’ll be talking about how Michael Moore was able to become a success in filmmaking, while also making sure to provide his fans with an update regarding his more recent exploits in politics and in his work. 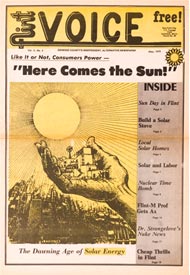 Michael Moore was born in Flint, Michigan in April of 1954. He was brought up in a catholic high school, and he even went to elementary school at St. John’s Elementary School. Moore attended high school at Davison High School, and due to his strong interest in politics, he was an active member on their debate team. After he had graduated from the school, he ended up being elected to the school’s school board. This was a historical occasion, as it made him the youngest person in the United States to ever be elected to public office. Entering into higher education, Moore first attended a local college: the University of Michigan at Flint. While he attended the school, Michael wrote for The Michigan Times, which was the institution’s school paper. However, once he had wrapped up his freshman year, he decided that college just wasn’t for him and he ended up dropping out.

Moore began to make a real name for himself in the years to follow. First, he founded the alternative magazine The Flint Voice, which would eventually become The Michigan Voice as it became more popular. Michael was able to obtain a position writing for Mother Jones, a progressive political magazine based out of San Francisco. He ended up having to move to California to take the job, which unfortunately mean that The Michigan Voice was shut down. Moore was only able to work for the publication for four months until he was fired, because he refused to print an article that he considered to be inaccurate. Michael maintained, however, that he was actually fired because he was stirring up too much trouble within the magazine by pushing for stories that they didn’t consider to be important. He ended up taking Mother Jones to court, and he would use the settlement money to kick start his career in documentary filmmaking.

Moore released his debut documentary Roger & Me in 1989. The documentary was a major success on every level, which was very impressive when you consider the fact that it was his film debut. The documentary covered how domestic General Motors factories closing affected the people who used to work for them. Interestingly enough, this was the exact story that Moore claimed that Mother Jones would not let him write. It was a strong debut, and the documentary community applauded his efforts. His next major documentary, The Big One, was released in 1997. This time, Michael was taking on major corporation for outsourcing work overseas and thus leaving many Americans without work. This movie was not quite as successful as his first, but in 2002, he would release a film that saw a massive amount of critical and commercial success. 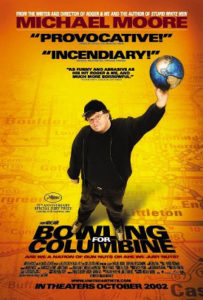 In 2002, Moore released Bowling for Columbine, a documentary that discussed the cause of gun violence in the United States, with the focus obviously resting upon the Columbine High School massacre that had occurred just a few years prior. Although Roger & Me established Michael Moore as a filmmaker, this documentary established him as a very good one. It was a massive success at the box office for a documentary of its ilk, and it ended up winning multiple awards. These awards include the likes of an Academy Award for Best Documentary feature. To date, Bowling for Columbine is considered by some to be one of the greatest documentaries ever created. This is just one of many successful works that Moore would release during his filmmaking career. The movie was somewhat controversial, but for the most part, it received rave reviews from critics and moviegoers alike.

Moore got right back into it in 2004, with the release of Farenheit 9/11. This film’s subject matter was considerably more controversial, since it criticized both George W. Bush and corporate media. The film debuted at the 2004 Cannes Film Festival in May, and it released to the American public in June. When it aired at the festival, the documentary received a 20-minute long standing ovation, which as you can imagine, was significant. Farenheit 9/11  was deeply controversial upon its release, but this controversy only helped to fuel its commercial success. The documentary ended up making over $222 million at box office, which makes it the uncontested highest grossing documentary of all time. I think that it’s definitely safe to say that, with this release, Michael Moore had cemented his legacy as an American filmmaking titan. Even more interesting is the fact that he didn’t stop there.

In the years to follow, Moore would create even more documentaries. After Farenheit 9/11, he released Sicko, a movie about health care in the United States. Although this movie obviously was not as successful as his previous film, it still did really well for a documentary. Sicko made over $36 million at box office on a $9 million budget, and it is also considered to be a fine release for this filmmaker. In that same year, Moore released Slacker Uprising online completely for free. In 2009, he released Capitalism: a Love Story, which as you can probably infer from the title, criticized the American economy. Although this film was not quite as successful as his previous (partially due to him working with a large $20 million budget) it still received positive reviews from critics. In 2015, Moore came out with Where to Invade Next, a documentary styled as a traveling log almost, with Moore visiting other countries and seeing how they deal with conflicts that Americans struggle with today. 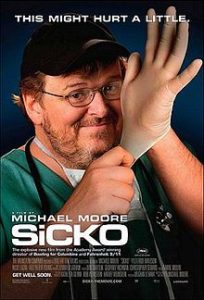 Outside of documentaries, Moore has obviously explored other aspects of the entertainment industry. He has multiple books, with his most recent release coming in 2011: Here Comes Trouble: Stories from My Life.  He has also dabbled a little bit in acting and in narrative filmmaking, although making documentaries is undeniably his prime career path. Michael Moore’s whole shtick is making documentaries that talk about the state of the United States. Following the results of the 2016 Presidential Election, this country is engaging in more political discussion than ever, or so it seems. Is Moore planning on releasing something that addresses any of these issues? What has he been up to?

Although you may not have been hearing about it, Michael Moore has kept himself very busy over the course of the last couple of years. IN 2015, he announced his support for Bernie Sanders in the Democratic Primaries. However, when Bernie ended up losing to Hilary Clinton, Moore shifted his allegiances accordingly. In a move that was considered controversial at the time, Michael Moore actually accurately predicted that Donald Trump would win the election. In 2016, he released the documentary Michael Moore in TrumpLand, which was kind of a one-person show that he put on in Ohio.

Obviously, this release was not a very big ordeal, and it actually received some mixed reviews from critics due to its strange presentation. More recently, Moore has made headlines by urging liberal protesters to put up a major fight in combating the future policies of President-Elect Donald Trump. His movies may not be as commercially successful as they used to be, but make no mistake. This documentary filmmaker is just as politically and socially active as he has always been.