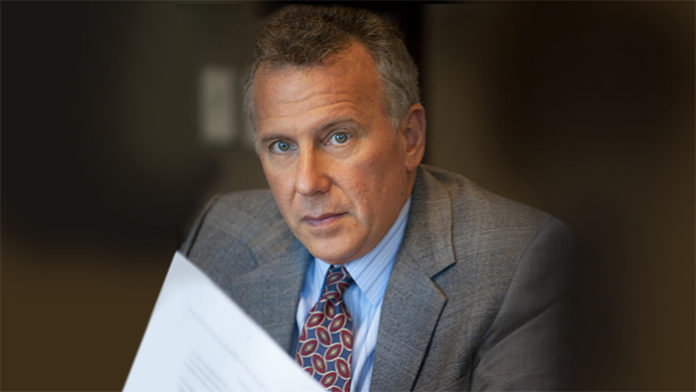 Paul Reiser is most well known for his performance in the NBC sitcom, Mad About You. An avid pianist in his youth, the actor whom we’ve all grown to love was a member of the student theater during his college years. From there, he eventually found his calling in New York City’s comedy scene in the late 70’s. Determined to improve his skill set, Reiser performed stand-up in a number of local clubs during his early twenties. After several years of honing his craft, he received a big break when he was offered a part in the coming-of-age film, Diner (1982). Following the success of his feature film debut, the aspiring performer soon found himself appearing in Remington Steele (1983), Sunset Limousine (1983), Beverly Hills Cop (1984), From Here to Maternity (1985), and Odd Jobs (1986). A couple of TV guest appearances later, Reiser landed a starring role in the comedy, My Two Dads (1987), where he played the possible father of a teenage girl. Ultimately however, it wasn’t until 1992, a decade after his acting debut, that he received a breakthrough with Mad About Youーa comedy that he created with Danny Jacobson.

Released to critical acclaim, Mad About You attracted millions of viewers to their screens every week during its run. Starring opposite of Helen Hunt, Reiser portrayed the role of a newlywed husband in the series; as the popularity of the sitcom increased, so did the actor’s. By the time it ended, the NBC comedy had earned him four Golden Globe Award nominations and six Primetime Emmy Award nominations. Continuing to work on television, he later starred in his own show, The Paul Reiser Show in 2011ーhowever it ultimately short-lived. On the big screen, he has appeared in several films including Get Bruce (1999), One Night at McCool’s (2001), The Thing About My Folks (2005), and Life After Beth (2014), the list goes on. Dedicated to the art of acting, Reiser has taken on well over 40 different roles throughout his professional career.

A veteran actor of over thirty years, Reiser has been featured as a guest on various talk shows such as The Rosie O’Donnell Show (1998), Late Night with Conan O’Brien (1999), The Martin Short Show (1999), Late Show with David Letterman (2005), and Ellen: The Ellen Degeneres Show (2005), to name a few. In addition to being a well established actor and comedian, Reiser has also authored a few books over the years. In 1994, he wrote his first textーCouplehood, which revolved around the ups and downs of a committed relationship. Since then, he has also followed up with Babyhood and Familyhood.

So what has the well-respected actor/comedian of Mad About You fame been up to as of late? Is the 59-year-old still starring on television and film? What are his latest projects? What happened to Paul Reiser? Where is he now in 2018?

Paul Reiser’s Childhood and Eventual Entry Into the Show Biz 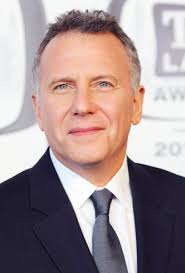 Born on March 30, 1957, in New York City, New York, Paul Reiser is the son of Sam and Helen Reiser, the owner of a health food store and a homemaker. Raised in a Jewish family, he went to the East Side Hebrew Instituteーa traditional Jewish day school located in Manhattan during his childhood. As a teen, he went to Stuyvesant High School, from which he later graduated from in the mid 1970’s. After his graduation, he went to Binghamton University, a public research institution in New York. During his time as a college student, Reiser was also an active member of the Hinman Little Theaterーa local theater located in his dorm community; with the group, he took part in several productions during his university days. A few years later, he attained his Bachelor’s Degree in Fine Arts in 1977.

From there, Reiser soon found his calling in New York’s comedy scene. An aspiring stand-up comedian, he  strived to improve his skills by regularly performing at a number of local clubs. After a few years of honing his craft, he received a breakthrough when he was cast as a minor character in the coming-of-age film, Diner (1982)ーit also served as his big screen debut. Breaking into the world of show business, Reiser continued to attend various auditions and eventually found himself appearing in a handful of television projects such as Remington Steele (1983), Sunset Limousine (1983), From Here to Maternity (1985), and Walt Disney’s Wonderful World of Color (1986). During that same time, he also appeared in several other movies including Beverly Hills Cops (1984), Odd Jobs (1986), and Aliens (1986). Many small roles later, Reiser received yet another big break in 1987, when he was cast as one of the lead characters in the comedy, My Two Dads. 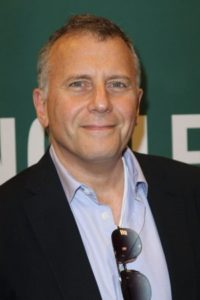 His first major role on television, it starred Reiser as Michael Taylorーone of the two men awarded joint custody of a teenage daughter. As the series continues, it is revealed that neither him nor the other party, Joey Harris (played by Greg Evigan), is aware of who is truly the biological father of a teen. While the two eventually order a DNA test, the results were later destroyed by Nicole (played by Staci Keanan), the daughter in question, after they had conducted it against her wishes.

Originally premiered on September 20, 1987, the main cast of My Two Dads also featured Florence Stanley, Giovanni Ribisi, Chad Allen and Dick Butkus. Generally well received by viewers, the sitcom garnered many praises for its well-written script and excellent casting. In 1988, it was given a People’s Choice Award for “Favourite New TV Comedy Program”. After the airing of the series’ sixtieth and final episode on April 30, 1990, reruns of the show have aired a few times through the 90’s and early 2000’s on the USA Network. Although My Two Dads hasn’t aired since, it’s currently scheduled to return to the small screen in January 2017 on Antenna TV.

A couple of years later, Reiser received perhaps the biggest break of his career when he co-created and starred in the NBC sitcom, Mad About You (1992). The show’s male lead, he took on the role of Paul Buchmanーa filmmaker who successfully achieves fame in New York City after struggling initially for recognition; he is also the newlywed husband of female protagonist, Jamie Buchman, who is portrayed by Helen Hunt. Revolving around the couple, the series focuses on everything from their daily trivialities to major life struggles. Aside from the two stars, the cast list also included Anne Ramsay, Leila Kenzle, John Pankow and Cynthia Harris.

Released on September 23, 1992, Mad About You proved to be a popular hit amongst viewers, attaining a 10.18 rating during its initial season. With the subsequent seasons, viewership only continued to go up; at the peak of its popularity between 1994 and 1995, the sitcom managed to attract over 15 million audience members to their screens. Lauded for its comedic scenes and remarkable acting, the sitcom easily became one of the most watched television series at the time of its airing. Praised all around, Mad About You eventually snatched up a Genesis Award, a Peabody Award as well as a Golden Globe Award; it also earned itself five Primetime Emmy Award nominations for the category of “Outstanding Comedy Series”. Hailed as the “Best Quality Comedy” by Viewers for Quality Television, it also garnered Reiser four Oscar nominations and ten Emmy Award nominations, amongst countless wins (e.g. BMI TV Music Award, Viewers for Quality Television Award, etc). 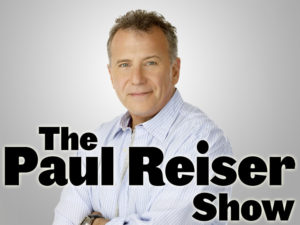 In 2011, Reiser starred in his own sitcom, The Paul Reiser Show which aired on NBC. Created as a midseason replacement, the semi-autobiographical series saw the actor as a former TV star who after not working in television for many years, recruits the help of his friend to help him find the “next big thing” in his life. Created by Reiser, the show’s script and casting was all overseen by the star himself. Boasting a talented cast list, it also featured Ben Shenkman, Omid Djalili, Duane Martin, Andrew Daly and Amy Landeckerーthe last of whom played Reiser’s on-screen wife.

Released on television on April 14, 2011, The Paul Reiser Show unfortunately did not produce good ratings; in fact, its viewership was even lower than the series that it had replaced. The lowest-rated comedy premiere for NBC, it eventually only aired for two episodesーeven though seven half-hour episodes had been fully producedーprior to being cancelled by the network due to its disappointing ratings. As expected, it was also met with overwhelmingly negative reviews from critics; it currently holds a 3.5/10 rating on IMDb. To this day, five of its episodes remained to be unaired.

Returning back to film, Reiser co-starred in the independent drama film, Whiplash in 2014. His first major role on the big screen since the early 2000’s, it featured him as Jim Neimanーa high school teacher who is also the father of the movie’s main protagonist. Written and directed by Damien Chazelle, it revolved around a promising jazz student (played by Miles Teller) who enrols at an intensive music conservatory to study with an instructor (J.K. Simmons) who will stop at nothing to realize the young man’s hidden potential.

Released in a handful of theatres on October 10, 2014 after an initial premiere at the Sundance Film Festival, Whiplash earned over $135,000 across six screens; it eventually went on to gross over $13 million in the United States and Canada. Despite its lukewarm success at the box office, it was critically acclaimed; not only was it praised by critics for being “inspiring” and “well acted” but it also managed to attain an impressive rating of 8.6/10 on the review aggregator website, Rotten Tomatoes. Lauded for its editing, directing and writing, Whiplash earned countless awards including three Academy Awards, a Golden Globe Award, and a Screen Actors Guild Award, amongst many others. By the end of its run, it had grossed over $49 million worldwideーover 14x that of its production budget of $3.3 million.

Since then, Reiser has appeared in a variety of films such as Concussion (2015), Joshy (2016), and War on Everyone (2016), however none of them had managed to rival the box office success that was Whiplash. 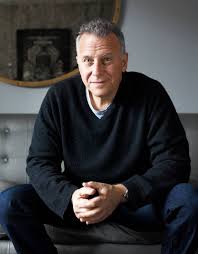 This upcoming year, the actor will be making an appearance in a comedy film called, The Little Hours (2017), written by Jeff Baena. While he won’t be playing a lead role, it nonetheless will be his first movie project of 2017. Set to be premiered at the Sundance Film Festival later this month, its cast list includes Alison Brie, Dave Franco, Kate Micucci and Aubrey Plaza.

On television, it was recently announced that Reiser will be starring in the second season of the critically acclaimed science-fiction horror series, Stranger Things (2017). According to reports, the actor will be playing the role of Dr. Owensーwhat’s his role in the story? Looks like we’ll have to wait until the summer of 2017 to find out, as it’s currently still filming!

If you’d like to stay up-to-date and connected with the actor of Mad For You fame, you can do so by following him on Twitter at @PaulReiser.