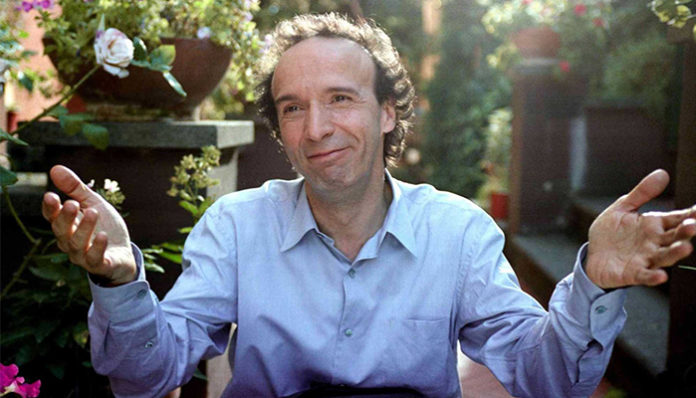 Hailing from Italy, Roberto Benigni is best known for his work in the comedy drama film, Life is Beautiful. The son of a farmer, he first got involved with theatre in 1971ーhe was nineteen years old at the time. Later moving to Rome, he participated in a number of experimental theatrical productions, a handful of which he also helped to direct. In the mid 1970’s, he starred in an Italian television series called Onda Libera (1976), which helped catapult him into fame in his native country. Some of his other early works include: Berlinguer: I Love You (1977), Tigers in Lipstick (1979), The Days are Numbered (1979), Il Minestrone (1981), and Nothing Left to Do But Cry (1984). After appearing in several Italian films, Benigni made his debut in the English-speaking community in Jim Jarmusch’s black and white independent movie, Down By Law (1986). He later co-starred in a another American movie, Night on Earth in 1991, in which he played the role of a cabbie. From there, the actor eventually secured a starring role in the English-speaking film, Son of the Pink Panther (1993).

In spite of the fame that he had already attained in his native Italy however, it wasn’t until the latter part of the 90’s that Benigni achieved international stardom with Life is Beautiful (1997), a work that he also directed. Playing the lead role of a Jewish-Italian during World War II, the actor blew away audiences with his captivating performance dispute the grim undercurrent of the film. Possibly the biggest breakthrough of his career, it earned him much fame and notoriety in the English-speaking worldーnot to mention an Academy Award for the category of “Best Actor in a Leading Role”. Since then, Benigni has directed and starred in yet another film, Pinocchio, which was released in theaters in 2002. Undoubtedly a talented individual, the Italian artist has accumulated well over 50 industry awards throughout his show biz careerーincluding a Golden Palm Star in Palm’s Springs Walk of Stars.

In addition to being an established actor, Benigni is also noted for being an improvisatory poetーthat is, a type of poetry that is popular and often practiced within the Italian city of Toscany. In the mid 2000’s, he embarked on a tour in his native country, performing a “one man show” (which he coined “TuttoDante”) in various venues such as stadiums, and arenasーit is estimated that Benigni has performed in front of more than one million audience members. By 2008, he had held multiple performances in the United States, Argentina and Canada.

So what has the Italian actor been up to these recent years? Is he still acting or is that a thing of the past? What happened to Roberto Benigni? Where is he now in 2018? 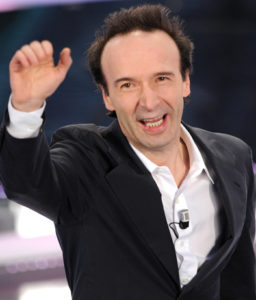 Born on October 27, 1952, in Castiglion Fiorentino, Italy, Roberto Remigio Benigni is the son of Isolina Papini and Luigi Benigi, a fabric-maker and a farmer. Raised in a Catholic household, he regularly attended church with his family as a young childーhe even served as an altar boy for much of his youth. Possibly due to his religious upbringing, Benigni’s early ambitions in life was to become a priest; it wasn’t until his teen years that he began focusing his attention towards the artsーmore specifically in music and poetry.

With that, he eventually became a member of Rome’s underground theatre community in the late 60’s. By the early 70’s, Benigni had joined a local theatre company in Prato. With the group, he participated in a handful of experimental showsーseveral of which he helped to direct. In 1972, he made his television debut in the Italian series, Sorelle Materassi, where he was given a minor role to play.

A few years later, Benigni’s fame began to go up in Italy as he starred in the mini-series, Onda Libera (1976). Continuing to work in television, he later appeared in Berlinguer: I Love You (1977), Tigers in Lipstick (1979), The Days Are Numbered (1979), Il Minestrone (1981), and Nothing Left to Do But Cry (1984), to name a few series. While he was already rising in prominence in his native country by the late 70’s, it wasn’t until the mid 80’s that he first ventured into the English-speaking world. In 1986, over a decade after his acting debut, Benigni collaborated with American director Jim Jarmusch, in the black and white indie film, Down by Law. 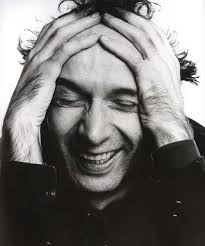 His first major role in an American film, Down by Law starred Benigni as Robertoーan innocent foreigner who has been convicted of manslaughter in the United States; noted for his optimism and good humour, he eventually flees from the prison with his cellmatesーtwo men who have also been wrongfully put into prison for crimes they did not commit. As opposed to focusing on the three men’s elaborate escape plan, the movie mainly revolved around the social interaction between the convicts. The two other prisoners, Zack and Jack are played by actors Tom Waits and John Lurie respectively.

Featuring a screenplay written by Jim Jarmusch, Down by Law enjoyed a limited release on September 20, 1986, earning over $49,000 across six screens. Despite its mild commercial success, the indie film received widespread acclaim; praising the actors’ “extraordinary performances”, critics and audience members alike gave the movie nothing but stellar reviews. In spite of its low production budget, it ended up snatching multiple awards including an Amanda Award (e.g. Best Foreign Feature Film), a Bodil Award (e.g. Best Non-European Film), and several others. For his outstanding work in the American movie, Benigni was also recognized with a Silver Ribbon from the Italian National Syndicate of Film Journalists and given an Independent Spirit Award for “Best Male Lead”.

The Italian actor’s next appearance in an American movie was in that of Night on Earth (1991). A collection of vignettes, the film centred around a taxi cab in five different citiesーRome, Helsinki, Los Angeles, Paris and New York. Another one of Jim Jarmusch’s works, it starred Benigni as an eccentric taxi driver in Rome named Gino. Unlike regular cabbies who simply take their customers to their destinations, Gino has a tendency of confessing his sins to his passengers while he drivesーa habit that often causes great discomfort to those sitting in the back seat. Aside from Benigni, the cast list of Night on Earth also featured Winona Ryder, Gena Rowlands, Giancarlo Esposito, Armin Mueller, Matti Pellonpaa and Kari Vaananen.

Screened on December 12, 1991, Night on Earth grossed a little over $2 million upon its theatrical release in the United States. Although it didn’t fare too well commercially, it garnered many rave reviews from viewersーmany of whom lauded it for its clever premise and intelligent humour. Nominated for a Chicago Film Critics Association Award, it currently holds an impressive 7.8/10 rating on IMdb. While the film didn’t garner Benigni any accolades per se, it did give him another opportunity to showcase his talents to those in the English-speaking continent of North America. 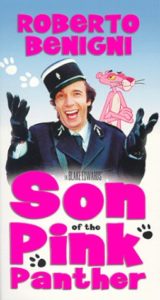 In 1993, the actor worked with director Blake Edwards in Son of the Pink Panther. A continuation of the film series, it followed Charles Dreyfus as he runs into in inspector by the name of Gambrelli who reminds him painful of Inspector Clouseauーhe later finds out that his suspicions were correct, as Gambrelli is in fact, Clouseau’s son. While Herbert Lom reprised his role as Dreyfusーthe last time being back in 1983ーGambrelli was portrayed by none other than Benigni. Besides the two main stars, Son of the Pink Panther also starred Claudia Cardinale, Debrah Farentino, Jennifer Edwards and Robert Davi.

Released in theaters on August 27, 1993, the comedy flick was a major box office hit in Benigni’s native Italyーhowever it was a commercial flop everywhere else. In the United States, it only managed to gross a little over $1 million in its opening weekend across 980 screens. Despite its success in Italy, Son of the Pink Panther received mostly negative reviewsーmany panning it for its “painfully unfunny script”. By the end of its run, it grossed a total of $2.4 million against a production budget of $25 million.

Four years later, Benigni starred in perhaps his most well known filmーLife is Beautiful (1997), which he also helped to direct. Set during World War II, it starred the actor as Guido Oreficeーa Jewish-Italian who after being captured by the Nazi with his family, uses his vivid imagination to protect his son from the terrors of a Nazi concentration camp. Based loosely on a book by Holocaust survivor, Rubino Romeo Salmoni and by the experiences of Benigni’s father, its cast list also included Nicoletta Braschi, Giorgio Cantarini, Giustino Durano and Horst Buchholz. 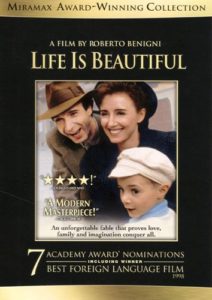 Originally screened in Italy on December 20, 1997, Life is Beautiful proved to be a massive success. A financial hit, the tragicomedy grossed well over $48 million in Italyーwhich made it the highest-grossing film in the Italian-speaking country, a record that it held onto for over a decade. Later released in North American, it was also met with critical acclaim; lauded for its heartrendingly “sad” and “funny”, Life is Beautiful garnered praises from some of America’s greatest film criticsーeven Pope John Paul II ranked the movie within his top five favourite of all time.

Eventually, it went on to gross over $229 million worldwide altogetherーa huge figure compared to its production budget of $20 million. Hailed as one of the greatest films of its genre, it received dozens of awards including an Academy Award for “Original Dramatic Score”, “Best Foreign Language Film” and “Best Music”; for his stunning performance, Benigni also received an Academy Award for the category of “Best Actor” at the 77th annual ceremony. Out of all of his works, Life is Beautiful has undoubtedly generated the greatest amount of international fame for Benigni.

While the Academy Award-winning actor hasn’t starred in any movies since 2012, he did recently make an appearance in an Italian documentary called, Cinque Mondi (2016). Written and directed by Giancarlo Soldi, it also featured Bernardo Bertolucci, Gabriele Salvatores, Giuseppe Tornatoreand Paolo sorrentino. A purely Italian project, it was released in Italy in October of 2016.

Aside from that, Benigni has mostly been spending the recent years performing his one-man show and breaking ground on local television.

In terms of public appearances, Benigni was scheduled to speak at the Rome Film Fest this past October, however he ended up changing his schedule at the last minuteーwhy? He was invited to attend the White Hose Italian State DinnerーPresident Barack Obama’s last in office.

Although Benigni doesn’t appear to use social media, he does have a Facebook page that has accumulate well over 2 million likesーthe catch? The page is in Italian!