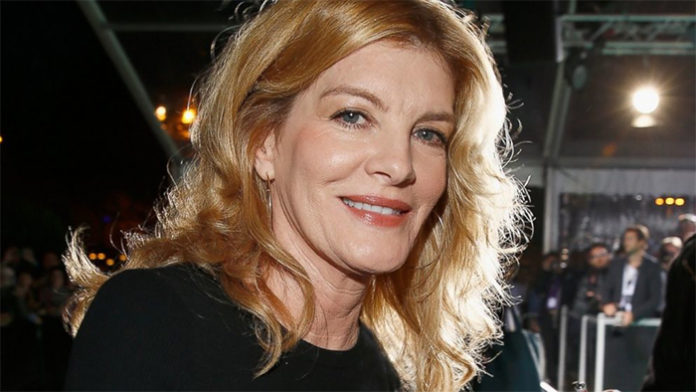 A former model, Rene Russo first broke into the Hollywood scene in the comedy film, Major League (1989). When she was eighteen, the blonde was scouted by a talent agent while attending a Rolling Stones concert. With a little encouragement, she eventually applied to the Ford Modelling Agency, where she was quickly signed on; in just a few years, Russo became one of their top models of the 70’s. With her modelesque figure, she appeared on the covers of a number of magazines including Cosmopolitan, Vogue and Mademoiselle. Later in her thirties, she began turning her attention to acting and theatre; after training for a couple of years, she appeared in a handful of theatrical productions in Los Angeles. Finally, in 1987ーat the age of twenty eight, Russo made her television debut in the ABC program Sable, which was based off of a comic book. Not long afterwards, she appeared in a film for the first time in the comedy, Major League (1989).

The following year, Russo was cast as a supporting character in yet another comedy, Mr. destiny (1990), where she played Jim Belushi’s on-screen wife. From there, she eventually landed her first starring role in the crime drama film, One Good Cop (1991). In 1992, the brunette received another big break when she was selected to co-star in the action movie, Lethal Weapon 3ーa major box office hit that helped her to achieve breakout success. Continuing with her career in the subsequent years, she appeared in a variety of different films including In the Line of Fire (1993), Outbreak (1995), Tin Cup (1996), Lethal Weapon 4 (1998), and The Thomas Crown Affair (1999), to name a few. After the arrival of Y2K, she starred in a handful of movies such as Showtime (2002), Big Trouble (2002), Two for the Money (2005), and Yours Mine & Ours (2005), prior to taking a prolonged break from acting.

Six years later, she returned for a supporting role in the popular Marvel superhero film, Thor (2011)ーone which she later reprised in the succeeding sequel, Thor: The Dark World (2013). In 2014, another huge opportunity came her way when she was cast as the female lead in the thriller film, Nightcrawler. Universally acclaimed, it earned Russo countless awards including a Saturn and AARP Award for the category of “Best Supporting Actress” as well as a handful of other nominations. More recently in 2015, she starred in the comedies, Frank and Cindy and The Internーthe latter of which grossed over $194 million at the box office worldwide. Looking at her filmography, the actress has appeared in over two dozen different projects.

What has the celebrated actress been up to recently? Has she been offered any new roles these past few months? If so, what are they? What happened to Rene Russo? Where is she now in 2018? 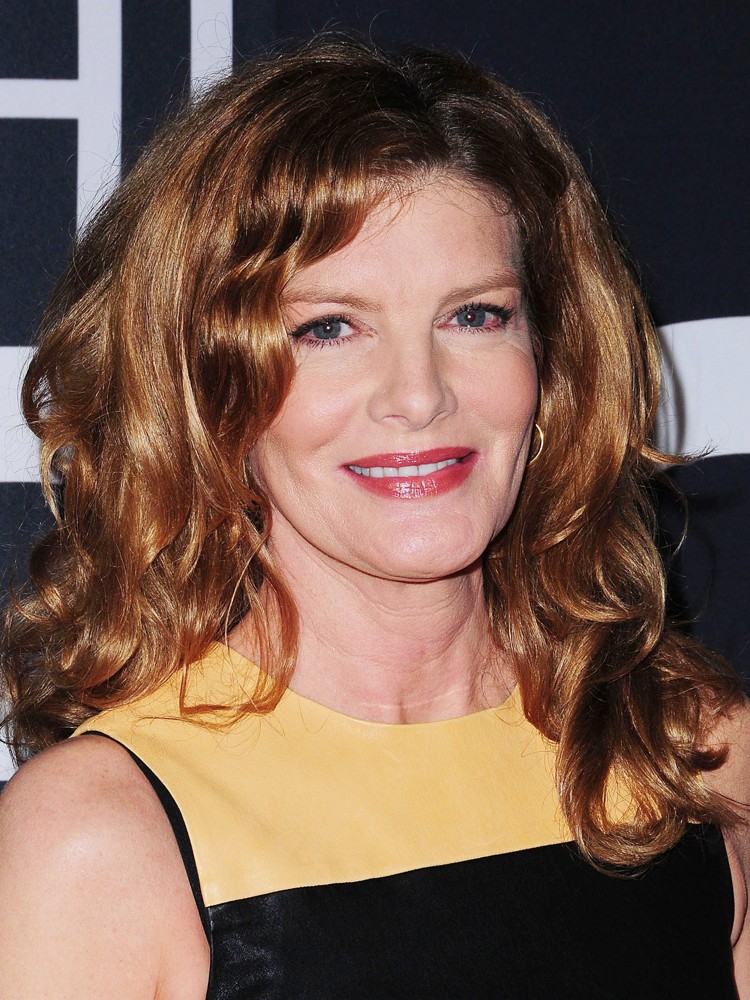 Born on February 17, 1954 in Burbank, California, Rene Marrie Russo is the daughter of Nino and Shirley Russo, a car mechanic and factory worker; she is of Italian, English and German descent. When she was two years old, her father left the family. Consequently, both her and her sister, Toni, were raised single handedly by their singer mother. As a teen, she went to Burroughs High School, where one of her peers included American filmmaker, Ron Howard; prior to graduating however, she dropped out when she was sixteen years old. In order to help out her family, which often struggled financially, Russo took up various part-time jobs including working at a movie theatre and at an eye-glass factory.

In 1972, as fate would have it, the brunette was scouted by an agent while attending a Rolling Stones concert. With a little encouragement, she applied to and was eventually signed with the Ford Modelling Agency. With that, Russo began appearing on the covers of a number of magazines including Mademoiselle, Cosmopolitan and Vogue; by the late 70’s, she had become one of the company’s top models. After several years of the modelling lifestyle, Russo started to appear more frequently in commercials. Shortly afterward, she took up acting and theatre (at one point, veteran actor Allan Rich even took her under his wing), appearing in a variety of small stage productions in Los Angeles.

In her early thirties, the former model made her television debut in the ABC series, Sable (1987). Based on the events from a comic book, it saw Russo as Eden Kendellーone of the main leads; however, the show ultimately proved to be short-lived as it was cancelled just after seven episodes. A couple of years later, the actress appeared on the big screen for the first time in the sports comedy film, Major League (1989) where she co-starred alongside Tom Berenger, Corbin Bernsen, Charlie Sheen and Margaret Whitton. Continuing with her budding career, she later made a couple of appearances in Mr. Destiny (1990), and One Good Cop (1991), prior to earning a Saturn Award nomination for her supporting role in the science fiction film, Freejack (1992). Later that same year, she rose to international stardom in the cop comedy, Lethal Weapon 3 (1992). 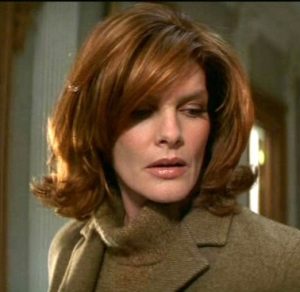 Directed and co-produced by Richard Donner, Lethal Weapon 3, the third instalment of the Lethal Weapon series, centred around the film’s protagonists Roger Murtaugh and Martin Riggs as they’re tasked with breaking down an arms dealer who also happens to be a former LAPD police officer. While Mel Gibson and Danny Glover took on the roles of the male leads, Russo was given the part of Lorna Coleーthe International Affairs Sergeant whom the two men are assigned to work with after being re-promoted; her character ultimately served as the film’s main female lead. Lethal Weapon 3 also featured Stuart Wilson, Steve Kahan, Joe Pesci, Ebonie Smith and Nick Chinlund in its cast.

Distributed by Warner Brothers, the cop movie made its way to theatres on May 15, 1992. A massive box office hit, it earned over $33 million in its opening weekend across 2500 screens in the United States. Eventually, Lethal Weapon 3 took in approximately $145 million worldwide, making it the second highest-grosisng film of its year. Despite the figure that it earned and the awards that it won, reactions to the motion picture were generally split; while some criticized its plotーstating that it left something to be desired, it received high ratings from a few contemporary critics such as Roger Ebert of the Chicago Sun Times, who have it three out of four stars. For her on-screen chemistry with Mel Gibson, Russo was also nominated for an MTV Movie Award the following year. 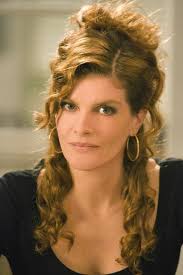 In the fall of 1995, the actress was amongst the main cast in the crime thriller comedy, Get Shorty. Adapted from a book of the same name by Elmore Leonard, it centred around a mobster who after travelling to Hollywood to collect a debt, finds out that the show business shares uncanny similarities with his current job. In the film, actor John Travolta starred as Chili Palmerーa Miami-based loan shark while Russo portrayed the role of Karen Floresーan actress whose house he eventually breaks into after travelling to Los Angeles. As the plot progresses, the two agree to work together on a story idea. Aside from the two, the cast list also featured Gene Hackman, Danny DeVito, Dennis Farina and Bette Midler.

Get Shorty, which was produced on a budget of $30 million, was released theatrically on October 20, 1995. Widely acclaimed, it opened at number one and grossed over $12.7 million at the box office; it ultimately remained at the top for three consecutive weeks prior to being bumped down by Ace Ventura: When Nature Calls (1995). The winner of a Golden Globe, Get Shorty later earned the actress a Screen Actors Guild Award for “Outstanding Performance by a Cast” which she shared with the rest of her co-stars. A successful blockbuster, the film had earned over $115 million by the end of its theatrical run.

More recently in the 2010’s, Russo was the female protagonist in the thriller film, Nightcrawler (2014). Written and directed by screenwriter Dan Gilroy, it revolved around a thief who sold live footage of crimes to a local news network, all while secretly sabotaging the news reporters and crime scenes. Playing the part of Louis Bloom, the stringer in question was Jake Gyllenhaal; starring opposite of him was Russo, who portrayed the character of Nina Rominaーa morning news directors who expresses interests in his recordings. The two actors were joined by Riz Ahmed, Bill Paxton, Michael Hyatt and Ann Cusack.

After an initial premiere at the Toronto International Film Festival, Nightcrawler was released in the United States on October 31, 2014. Upon opening across 2700 screens, the thriller grossed approximately $3.2 million during the first day of its release; by the end of the weekend, it had earned over $10.9 million. Met with critical acclaim, its script and casting received countless praise from viewers and critics alike; for instance, it currently holds an approval rating of 95% on Rotten Tomatoes. Having put on a captivating performance, Russo received a Saturn Award and an AARP Award for “Best Supporting Actress”; she was also nominated for a number of other awards from various film critics groups.

Most recently, Russo starred alongside Robert De Niro and Anne Hathaway in the comedy, The Intern (2015). Produced, written, and directed by Nancy Meyers, it centered around a 70-year-old widower named Ben Whittaker (played De Niro) who becomes a senior intern at an online fashion site, after succumbing to boredom with retirement. In the film, the actress starred as Fionaーan in-house massage therapist whom Ben eventually develops a romantic relationship with. The rest of the main cast consisted of Anders Holms, Andrew Rannells, Adam DeVine and Zack Pearlman.

In the United States, The Intern was screened on September 25, 2015. A financial success, it grossed $17.7 million during its opening weekend, which was within the range of expected earnings. Altogether, the movie grossed a total of $194 million worldwide in ticket salesー$78.8 million which came from North America. 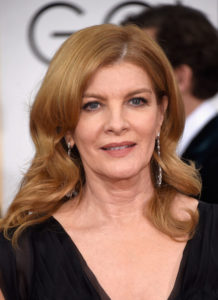 These past few months, the actress has been working on an upcoming action comedy called, Villa Capri (2017). Written and directed by Ron Shelton, it will revolve around a former FBI agent and a former mob lawyer (played by Tommy Lee Jones and Morgan Freeman respectively) who must put their petty rivalry on the golf course aside, to help fend off a mob hit. Although it is unknown which character exactly Russo will be portraying in the film, she is listed as the movie’s main female protagonist. Other cast members include Joe Pantoliano, Glenne Headly, Elizabeth Ashley and Alma Sisneros. According to IMDb, Villa Capri will be hitting theatres this summer on August 25, 2017.

Other than that, it doesn’t look like Russo has any other projects lined upーas of January 2017, anyway. Stay tuned!

Unfortunately, it doesn’t look like Rene Russo is a user of social media. As an alternative, if you’d like to stay updated to her most recent roles, you can visit her official IMDb page.