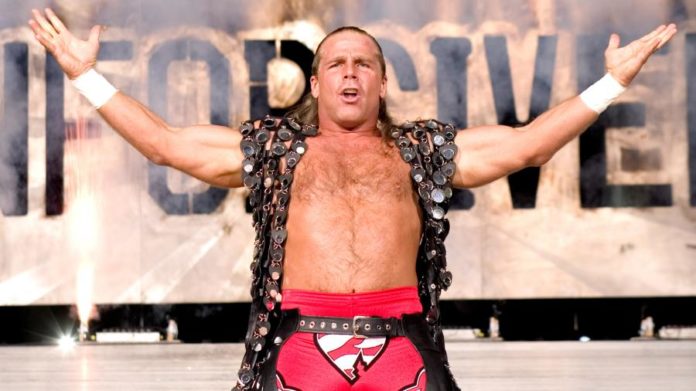 Shawn Michaels is one of the iconic superstars of the World Wrestling Entertainment (WWE). In his two-year career Michaels has fought high-octane battles in thrilling rivalries, became a four-time world champion, and broke records with his staggering 11 “Match of the Year” wins in the wrestling magazine Pro Wrestling Illustrated.

Before we check out the latest regarding The Heartbreak Kid, let’s first revisit his career and how he became a legend in the WWE roster.

Shawn Michaels, or if you prefer his real name Michael Shawn Hickenbottom, was born in Chandler, Arizona, on July 22, 1965. As a military brat Michaels and his family lived in different places until his father’s retirement wherein they finally settled down at Randolph Air Force Base in Texas.

Michaels played basketball, baseball, and football during his childhood and the sports helped him bond with the kids when the family had just moved to Randolph. When he was 12 Michaels started to watch pro wrestling every weekend and he was immediately captivated. He also went with his best friend Kenny, also a big wrestling fan, to live shows. Soon enough he was imitating his idols like Ric Flair and he practiced his wrestling by slamming his friends into the swimming pool or in the high school gym.

After finishing high school Michaels enrolled at Texas State University and completed several semesters. However he realized that this was not the path he wanted to tread. He told his father straight away that he wanted to try pro wrestling and didn’t want to waste any more time in college. Fortunately his old man knew someone with connections to a local promotion.

Michaels was introduced to Jose Lothario, a Mexican wrestler, who trained him and helped him get booked at the promotion Mid-South Wrestling where he had his first match under the name Shawn Michaels. Even though he lost, Michaels was praised by the guys at backstage for his commendable performance. He spent six months in Mid-South and learned much about wrestling before moving to Kansas City for Central States Wrestling (CSW). There he met and befriended Marty Jannetty who also became his tag team partner.

A few months later Lothario called Michaels and informed him about a new promotion in Texas with a $500 weekly stipend. After eight months Lothario and Michaels sent out tapes to well-known promotions like WWE and American Wrestling Association (AWA). AWA called Michaels and told him that they wanted him aboard in a tag team with Jannetty. Together they formed The Midnight Rockers and never failed to deliver exciting matches thanks to their almost-perfect synchronization (they planned their moves with action figures). Their impressive work caught the attention of legend Pat Patterson, who then referred the pair to Vince McMahon.

In 1987 the pair was signed to the WWE and were asked to mingle with the superstars in the catering. Michaels and Jannety were being stared at by the other wrestlers and they were antagonized by Jerry Jack Funk. It led to a misunderstanding which ended up with the two being fired by McMahon. The “story” of the two wreaking havoc in a bar, as told by Funk, spread far and wide.

After getting axed Michaels and Jannety worked on smaller promotions, still as The Midnight Rockers, until they were able to return to the AWA. However the promotion was starting to go downhill during that time and Michaels knew that the WWE was their best bet. Again with the help of Pat Patterson the two returned to WWE in 1988 and debuted in a televised tag team match. Their energetic performances and work ethic earned praise from both fans and the other wrestlers. The two ended their tag team in 1991 during the famous Barber Shop segment where Michaels turned heel and tossed Jannety through a glass window.

Michaels solidified his villainous side with the moniker “The Heartbreak Kid” and pursued a singles career while being managed by Sherri Martel. He won his first Intercontinental Championship in 1992 and a short-lived tag team reign with Diesel in 1994. He also fought Razor Ramon at WrestleMania X which was touted as one of the greatest matches ever.

Around the mid 90s Michaels was one of the superstars behind the inception of the backstage group “The Kliq”. These men reportedly wielded enough power to influence the path of their careers like scheduling high-profile bouts. In 1997 he joined his best friend Triple H, Rick Rude, and Chyna in the formation of D-Generation X, and became involved in the notorious “Montreal Screwjob”.

A year later he was severely injured during a match versus The Undertaker. This forced Michaels to take time off wrestling and instead perform roles that do not require much physical exertion such as being commissioner and guest commentator and referee. He also started his own training school named Shawn Michaels Wrestling Academy where notable wrestlers like Paul London and Daniel Bryan trained.

Michaels returned to WWE in 2002 for another run, sparking rivalries with the likes of Triple H, Kurt Angle, Randy Orton, and Chris Jericho. He locked horns with Vince and Shane McMahon which led to a tag team match in the 2006 pay-per-view Backlash where Michaels teamed up with God. He fought The Undertaker in WrestleMania XV and XVI, both winning a “Best Match of the Year” award in the Slammy Awards, and the latter being Michaels’ final WWE match before retiring.

Michaels gave a farewell speech the night after WrestleMania XXVI in 2010. He revealed later on that his reason for retiring was his desire to spend more time with his family. Michaels was inducted at the Hall of Fame by his best friend Triple H and had a mini reunion with The Kliq. He served as a guest referee in WrestleMania XXVIII match of Triple H and The Undertaker, and was in his buddy’s corner at the next WrestleMania in the fight against Brock Lesnar.

In 2011 Michaels started his own hunting television show in Canada titled Shawn Michaels MacMillan River Adventures. It is currently on its sixth season. He’s also made appearances in shows in the past such as Baywatch in 1996 and Pacific Blue in 1999. 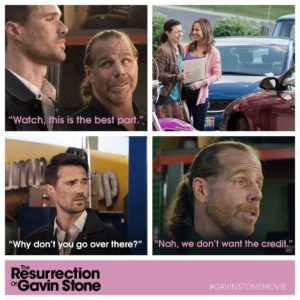 Michaels was one of the cast of the 2016 Christian comedy The Resurrection of Gavin Stone. He is casted as “Incredible Master Yoga” in the upcoming comedy flick Avengers of Justice: Farce Wars.  He will also be part of the Ric Flair documentary Nature Boy which will debut on ESPN in 2017.

Michaels was offered a job at the WWE Performance Center several months ago as its head coach alongside Matt Bloom.

Rumors are abound regarding Michaels’ possible Royal Rumble 2017 appearance as the pay-per-view will be taking place in his hometown of San Antonio, Texas. Aside from that, AJ Styles made mention of his dream of wrestling Michaels and even shared a photo featuring him and HBK. Chances of Michaels returning to the squared circle to wrestle again are pretty slim but, just as what they say, anything can happen in WWE.

Mick Foley and Michaels are slated for induction at the Class of 2017 of the Professional Wrestling Hall of Fame. The ceremony will take place on May 20, 2017, at Wichita Falls, Texas.