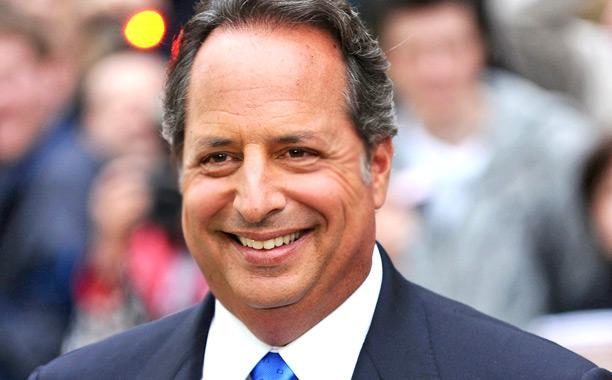 Not many people can say that they stole Hitler’s car. Jon Lovitz can. The actor has seen a wide variety of memorable roles in movies, from The Critic’s Jay Sherman, to galactic Emperor Tod Spengo in Mom and Dad Save the World. The Saturday Night Live alum spent decades splitting sides with classic comedies like City Slickers, the Three Amigo’s and Grown Ups 2, only to fade from the public eye entirely. Having played with comedy giants like Adam Sandler and Billy Crystal, and with so many roles under his belt, what exactly caused him to disappear? What happened to Jon Lovitz?

The Rise of Jon Lovitz – How He Got Started

Lovitz was born on July 21, 1957 in Tarzana, California. Demonstrating a knack for comedy, Lovitz spent in his early years making his friends laugh with funny faces and childish jokes at sleepovers and across schoolyards. He never actually considered Comedy to be his career though, until the age of thirteen where he saw the Woody Allen film Take the Money and Run. Of course, Woody Allen wasn’t the only figure who influenced his drive to entertain and make people laugh. Other comedians, such as Al Jolson and the Marx Brothers contributed significantly, as well as his childhood friend Lisa Kudrow (Yes, the same Lisa Kudrow who would later go on to play Phoebe on Friends). Ultimately it was the book The Collected Plays of Neil Simon, given to him as a gift by his mother, which pushed him to become a comedian.

The urge to create comedy followed him through his school days at Harvard-Westlake School in Los Angeles and during his time attending the University of California in Irvine. It was here that he studied drama under Robert Cohen, acting theorist and instructor. By looking at the greatest actors, and what made their material work, he learned to strive for greatness in his work. His nights were spent locked away in his dorm, studying acts by performers like Woody Allen to figure out what made them funny. It was a process of reverse engineering that allowed him to vastly improve his own performances during practice exercises and beyond when he made his way onto the professional stage.

After graduating in 1979, Lovitz went on to join the Groundlings, a sketch comedy group in Los Angeles, where he met fellow comedians Phil Hartman and Paul Reubens (of SNL and Pee Wee’s Playhouse fame). He made a name for himself in this group, performing small venues with Hartman and Reubens, all the while improving and perfecting his craft as he went along. While Lovitz did enjoy his time performing with the Groundlings, working in a relatively small comedy troupe was hardly a bread winner. Until his big break, he was stuck working part-time as a messenger to keep the lights on.

That big break came in 1984, when he and the Groundlings appeared on the Tonight Show with Johnny Carson. While appearing on television was initially daunting, he soon learned from Jack Lemmon (who was doing a profile for 60 Minutes at the time) to keep his act simple. His first time on stage in the public eye, he went out and did his skit. He kept it simple, and it worked, leaving a lasting impression with audience members and viewers across the country.

A year later, all of Lovitz’s hard work and practice finally paid off, when he received his invitation to join the cast of Saturday Night Live. From there, he went on to create some of the most memorable characters in the history of SNL, entertaining millions of viewers in the five years he was on the show with characters like Tommy Flanagan the Pathological Liar and Master Thespian.

After leaving SNL in 1990, Lovitz found huge success in the entertainment industry performing in the realms of film, stage and television. He turned in great performances for memorable roles in films like A League of Their Own, and The Wedding Singer, and later on was featured in films like Little Nicky, Rat Race and The Producers. He even managed to work with Woody Allen, the man who got him started in comedy, in Small Time Crooks.

Not content with confining himself to film, Lovitz took on the world of television, and enjoyed a long and very successful career lending his acting talents to more minor bit-part roles in shows like Seinfeld, Two and a Half Men, and New Girl. It was working in television that he lent his unique voice to animation, starring in The Critic and appearing semi-frequently on The Simpsons.

Unfortunately, the era when The Simpsons was still considered “good” by many was the era when he, like many actors of his generation, began to fade into semi-obscurity. By the mid-2000’s the days of Dan Akroyd, Chris Farley and Dana Carvey had come and gone, replaced by the likes of Will Ferrel, Jimmy Fallon and Tracy Morgan. While he did see success in more minor TV and movie rolls, some in 2016, Lovitz had already reached his peak. Age had finally caught up with his generation. Like many actors before him, it was only a matter of time before newer, more relevant actors came to replace him.

It was during his fade into television and movie obscurity that Lovitz began to push his career forward into a direction that, for the longest time, he tried to avoid. Despite his successes, he could never work up the courage to perform stand-up until somewhat recently. In the early 2000s, Lovitz began to perform very brief comedy sets at the Laugh Factory, a famous club in Hollywood known for featuring performers like Adam Sandler, Bill Burr and Carlos Mencia.  Initially recycling old SNL routines, he soon found that self-depreciating humor (in other words, making fun of himself) proved to be more effective with audiences. Then in 2007, he founded the Jon Lovitz Comedy Club in San Diego (with a second location opening in LA two years later), where he continued to make fun of himself to the delight of thousands. These venues proved to be very successful, having hosted many other famous comedians, while giving newcomers a means of getting themselves exposure.

Today Lovitz has been sticking to his standup routines, living a comfortable life in California succeeding in his childhood dream of making people laugh. While sticking mostly to stand-up, he has also found success in minor film roles, in movies like Hotel Translyvania, Grown Ups 2, A Mouse Tale and Mothers Day. He even has new releases on the horizon, with films like Killing Hasselhoff and Death: Take 2 coming in 2017.

It’s hard trying to stay relevant today, especially in Hollywood. Actors have come and gone throughout the years, some fading faster than they can emerge. The comedians though, like Jon, are the ones who stay relevant forever in the swirling maelstrom that is the film industry. There will always be a place for them, even when it seems like the world turns a blind eye and forces us to look. As Leonard Nimoy said once, “The world needs laughter.”