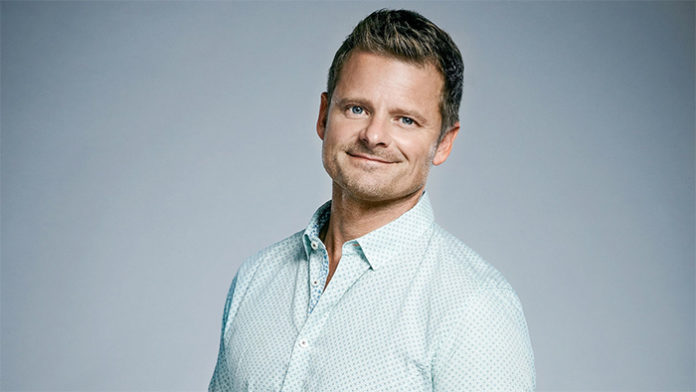 Minnesota-born actor Steve Zahn has graced the screens in many films such as That Thing You Do! (1996), Joy Ride (2001), and National Security (2003). Known as the class clown growing up, he first got involved in acting through his high school’s drama club. After enrolling briefly in college and working at a machine shop, Zahn’s interest in drama re-emergedーhe soon made his stage debut in a local production of Biloxi Blues. Wanting to receive formal training, he eventually studied at Massachusett’s American Repertory Theatre for two years in the late 1980’s. Following the completion of the program, he moved to New York City and began hitting the audition circuit. At the age of twenty three, the aspiring actor made his television debut in the series, All My Children (1990). Over the next few years, Zahn continued to appear in various projects including the films Rain Without Thunder (1992), Reality Bites (1994), Crimson Tide (1995), and Race the Sun (1996), amongst a handful of TV shows. Various small roles later, he starred in the indie film, Happy Texas (1999).

Zahn’s first major role since his debut, the comedy earned him much respect and fame as an actor. From there, he eventually starred in Dr. Dolittle 2 (2001), National Security (2003), Daddy Day Care (2003) Sahara (2005), and Rescue Dawn (2006). In 2008, the actor also took on a lead role in the Emmy Award-nominated television mini-series, Comanche Moon, where he played alongside Keith Robinson and Ryan Merriman. Some of his other works during this period include Strange Wilderness (2008), Monk (2009), A Perfect Getaway (2009), and Diary of a Wimpy Kid (2010). Branching out into voice-over work, he also played the character of Swampy in the animated series, Pheneas and Ferb in 2008. Known for his talent and versatility, Zahn has been recognized by the industry multiple times throughout his professional careerーfor instance, he has won an Independent Spirit Award (e.g. Best Supporting Male), and a Special Jury Prize from the Sundance Film Festival. On top of that, he has also been nominated for two Screen Actors Guild Awards, a Satellite Award, and a Blockbuster Entertainment Award, amongst a few others.

An established artist with more than seventy credits to his name, Zahn has also starred in several TV specials such as Making of a True Story: Rescue Dawn (2007), Across the Sands of Sahara (2005), and Hatching ‘Chicken Little’. In 2009, he also served as the narrator of the historic mini-series, WWII in HD. A well-respected man of the entertainment scene, he has been featured in numerous talk shows over the years including The Daily Show (1999), The Rosie O’Donnell Show (2001), The Tonight Show with Jay Leno (2005), Up Close with Carrie Keagan (2008), and Tavis Smiley (2009).

So what has the celebrated actor been up to these days? What new roles have he taken on as of late? What happened to Steve Zahn? Where is he now in 2018? 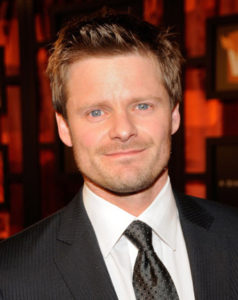 Born on November 13, 1967, in Marshall, Minnesota, Steve Zahns (Birth Name: Steven James Zahn) is the son of Carleton Edward and Zelda Zahn, a retired paster and a YMCA worker; he is of German and Swedish descent. Growing up, Zahn had always been the jokester amongst his peersーin school, he was also known as the class clown.

After attending Kennedy Elementary School in Mankato, Minnesota, he relocated to the Minneapolis suburbs with his family. As a teen, he went to Robbinsdale Cooper High Schoolーit was during his time there as a student that he first got involved with acting as a member of the school theater. Following his graduation, he went to St. Peter’s Gustavus Adolphus College briefly before dropping out, and finding work at a machine drop.

However, Zahn soon found himself longing to return to the stage as a performer. Following through with his rekindled interest in acting, he eventually went to an audition unannounced and came out with a lead part in a local production of Biloxi Blues. Wanting to better himself in the art, he later enrolled himself at the American Repertory Theatre in Cambridge, where he underwent two years of training. After honing his skills, he moved to New York Cityーhopeful of landing professional roles. In 1990, he made his television debut in the series, All My Children. Knowing that success is not achieved overnight, Dalton continued to play various small parts in First Love Fatal Love (1991), Rain Without Thunder (1992), Reality Bites (1994), Picture Windows (1995), and Race the Sun (1996) over the next few years. A couple of mini-series later, Zahn received his first starring role in the comedy, Happy, Texas (1999). 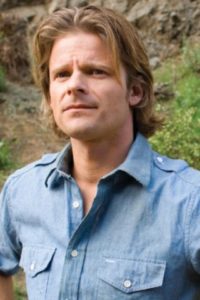 Working with director Mark Illsley in Happy, Texas, Zahn portrayed the starring role of Wayne Wayne Wayne Jr.ーone of three prisoners who manage to escape from a chain gang. As they flee from their capturers, he eventually poses as a gay manーwho is in charge of a beauty pageant, while his group plans a bank robbery. Despite their intricate planning however, things become complicated after a local sheriff falls for one of his partners. Featuring an elaborate cast, the movie also consisted of Jeremy Northam, William H. Macy, Ally Walker, M. C. Gainey, and Illeana Douglas.

Screened across eight theaters on October 1, 1999, Happy, Texas took in over $72,000 during its limited release in the United States. Well-received by audience members, its simple yet comedic plot also garnered much applause from contemporary criticsーfor instance, Roger Ebert of The Chicago Sun gave the comedy a three out of four star rating. While the movie itself was critically acclaimed, Zahn’s performance as the lead character also earned him much fame; in fact, many have considered the film to be his breakthrough, as it effectively kicked off his career. For his brilliant acting, the actor won an Independent Spirit Award for “Best Supporting Male” and a Special Jury Prize at the Sundance Film Festival.

In 2003, Zahn was met with another big break when he was cast as a main lead, opposite of Martin Lawrence, in the action comedy, National Security. Created under the direction of Dennis Dugan, it starred him as Hank Raffertyーa Los Angeles police officer who is fired and arrested for aggravated assault after an unfortunate misunderstanding involving an aspiring policeman and a bumblebee. After being released from a six-month long prison sentence, Hank eventually finds himself investigating the murder of his former colleague, Charlie Reed (played by Timothy Busfield). In addition to the aforementioned actors, National Security‘s cast list also included Colm Feore, Bill Duke, Eric Roberts, and Robinne Lee.

Released theatrically on January 17, 2003, National Security proved to be a financial successーgrossing over $16 million in its opening weekend. A commercial hit, it later went on to earn over $50 million worldwide by the end of its run. Despite its impressive performance at the box office however, the comedy was generally met with mixed and negative reviews. While some praised it for its comedic moments, many viewers were less than impressed with its racial subtext and underwhelming production values. Nonetheless, it remains to be one of the most commercially successful films that Zahn has been a part of. 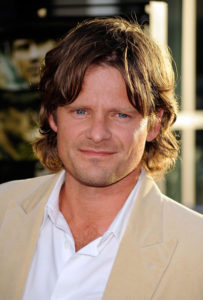 Later that same year, Zahn co-starred in yet another box office hit, Daddy Day Care (2003). Written by American screenwriter Geoff Rodkey, it saw Eddie Murphy as the lead protagonist, Charlie Hinton. Playing the part of a supporting character, Zahn took on the role of Marvinーa nerdy man who also happens to be the former co-worker of Charlie. Directed by Steve Carr, the movie revolved around Charlie as he tries to open up a daycare center in his home, after being laid off at his job; over the course of the film, he employs the help of a number of his friendsーone of which includes Zahn’s character.

Released theatrically on May 9, 2003, Daddy Day Care was another financial successーearning over $27 million during its opening weekend; taking the number two spot at the box office, it was only behind Charlie’s Angels: Full Throttle (2003). While ticket sales eventually dropped in the subsequent weeks, it managed to gross more than $164 million by the end of its theatrical runーa vast figure compared to its production budget of $60 million. While casual viewers seemed to have enjoyed its story, Daddy Day Care received mainly negative reviews from contemporary criticsーit currently holds a 27% approval rating on Rotten Tomatoes.

In 2009, Zahn co-starred in the adventure thriller, A Perfect Getaway alongside Timothy Olyphant, Kiele Sanchez and Milla Jovovich. Cast as the character of Cliff, the actor played the part of a newlywed husband who goes on a hike with his wife to a remote Hawaiian Beach during their honeymoon. As they continue with their long walk however, they find themselves entangled in a horrifying murder mystery. Filmed on location in both Hawaii and Puerto Rico, the movie was written and directed by David Twohy.

Distributed by Rogue Pictures, A Perfect Getaway made its way to theatres on August 7, 2009. A modest hit at the box office, it grossed $5.9 million over its opening weekend; it eventually earned $22.8 million worldwide. Four months after its initial release, it was made available on Blu-Ray and DVDーthere were two versions of the film: a theatrical cut 97 minutes in length and an unrated cut which ran for 107 minutes. Like many movies, opinion on A Perfect Getaway was divided. While some described it to be an “entertaining thriller”, others panned it for its “overused formula” and “flawed plot”.

More recently in 2013, Dalton appeared in the Academy Award-winning biopic, Dallas Buyers Club. Starring Matthew McConaughey, Jared Leto and Jennifer Garner as principal characters, it told the story of Ron Woodroofーan AIDS patient who seeks treatment during the mid 80’s, when the condition was not well understood and often highly stigmatized. In it, Dalton played the role of a police officer who arrests Ron at the beginning film. Although his character was supporting in nature, it earned him a Screen Actors Guild Award nomination, which he stared with the rest of the cast.

Since then, he has also starred in the films The Ridiculous 6 (2015), The Good Dinosaur (2015), and Captain Fantastic (2016)ーthe last of which earned him another Screen Actors Award nomination. 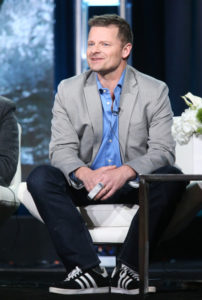 This summer, Zahn will be making an appearance in War for the Planet of the Apes (2017)ーan action drama film directed by Matt Reeves. The sequel of Dawn of the Planet of the Apes (2014), it will depict the battle between a nation of genetically-evolved apes and an army of humans. Scheduled for a July 2017 release, its cast list also includes Andy Serkis, Judy Greer, Woody Harrelson and Ty Olsson.

Another one of his upcoming projects is Andrew Haigh’s Lean on Pete (2017). According to a released synopsis, it will revolve around a young boy who embarks on a journey in search of a long lost relative. The cast will also consist of Travis Fimmel, Chloe Sevigny, Steve Buscemi and Amy Seimetz. Unfortunately, no official release date has been announced as of yet, however we do know that it will come out sometime in 2017.