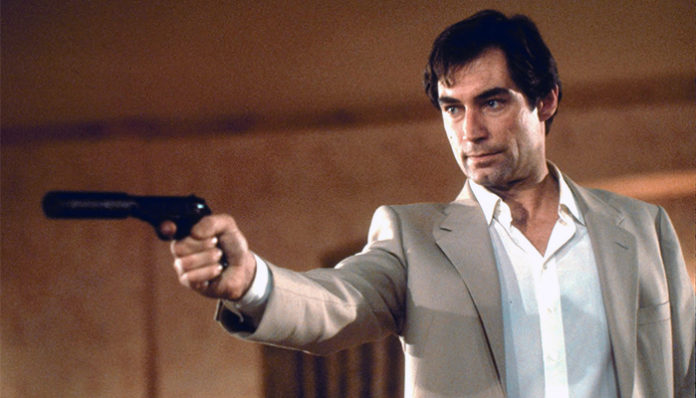 Timothy Dalton is best recognized for his portrayal of James Bond in License to Kill and The Living Daylights. The son of an English father and an American mother, he was inspired to become an actor after seeing a production of Macbeth at the age of sixteen. Involving himself with a national youth theater, he later toured and performed with the group for several years. Following his high school graduation in the 1960’s, he took up acting classes at London’s renowned Royal Academy of Dramatic Arts.

Frequently clashing with his instructors however, Dalton soon left the institution after two years. From there, he joined the Birmingham Repertory Theater briefly before focusing his attention to television. At the age of twenty two, the aspiring performer made his small screen debut in the TV film, Troilus and Cressida (1966). After playing a number of small roles, Dalton decided to take a break from television to focus again on theatre in the early 70’s. Eventually returning to film, he appeared in a number of minor projects before landing a breakthrough in The Living Daylights (1987).

Unbeknownst to some, Dalton had actually been approached about playing James Bond multiple times prior to the 1980’sーhowever, feeling that he was too young for the role, he had turned the offer down. It wasn’t until he was in his forties, that he finally accepted the part. An international hit at the theaters, The Living Daylights successfully launched the actor into celebrity stardom. Dalton later reprised his role as the secret agent in the sequel, License to Kill (1989). Aside from the James Bond film series, he has also starred in various movies and TV series including Jane Eyre (1983), Scarlett (1994), Framed (1992), Dunkirk (2004), and Hot Fuzz (2007). A veteran actor of over fifty years, he has appeared in well over sixty different rolesーboth on the big and small screen.

Besides live-action acting, Dalton has lent his voice to various film and television projects including Faerie Tale Theatre (1985), Stories from My Childhood (1998), ESU Emergency Services Unit (1988), and Toy Story That Time Forgot (2014), amongst others. For his voice-over work, he received two Behind the Voice Actors Awards nominationsーone for Toy Story of Terror (2013), and another for Secret of the Wings (2012). The star of one of the greatest spy movies of all time, he has also been on a variety of TV specials and talk shows such as The Daily Show (1998), Late Night with Conan O’ Brien (1999), HBO First Look (2003), Tavis Smiley (2007), and Made in Hollywood (2010).

So what has the well-known actor of James Bond fame been up to these days? Has he retired from the show business now that he’s in the seventies? Or is he still actively filming? What happened to Timothy Dalton? Where is he now in 2018? 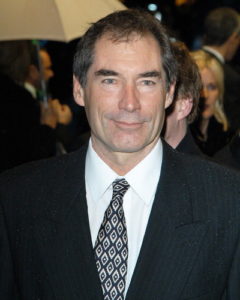 Born on March 21, 1944, in Denbighshire, United Kingdom, Timothy Dalton is the son of an English father and an American mother, the former of whom was a captain during World War II. After spending the first four years of his life in the Colwyn Bay area, his family moved to the town of Belper in Englandーit was there that he went to Herbert Strutt Grammar School as a young child.

Following in his father’s footsteps, he eventually joined the Air Training Corps in his teen years in hopes of becoming an Air Cadetーat that point, it appeared to many that Dalton’s career path was swaying towards military service. However, his outlook on life soon changed when he was sixteen years old. After seeing a production of Shakespeare’s Macbeth on stage, something sparked within him; hit with a wave of inspiration, he then decided to pursue a career in acting.

Following through with his newly found dream, Dalton soon joined a national youth theater with whom he toured and performed with in England. After graduating form high school, the aspiring actor went to London’s renowned Royal Academy of Dramatic Arts to hone his skills. However, it wasn’t long until he found himself clashing with the school’s teachers; eager to break free from their instruction, he eventually left the institution after two years, prior to completing the program. Despite that, he quickly found work on television. At the age of twenty two, he made his official acting debut in the TV movie, Troilus and Cressida (1966). The following year, he landed his first recurring role in the series, Sat’day While Sunday (1967). Continuing to work his way up, he appeared in a number of small parts in The Lion in Winter (1968), Judge Dee (1969), Wuthering Heights (1970), and BBC Play of the Month (1971), over the next few years. From there, Dalton took a short break in 1971 to focus his attention on theatre; he later returned to television and film in 1978. 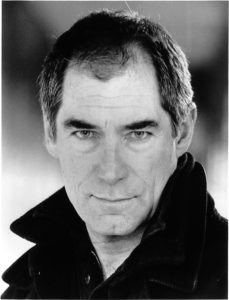 His first major role on the big screen, The Living Daylightsーthe fifteenth instalment in the James Bond seriesーstarred Dalton as none other than the secret agent himself. Unbeknownst to some however, the actor had actually been considered for the role many timesーin fact, he was approached about it as early as the 1960’s. In spite of the opportunity however, Daltonーwho was in his early twenties at the timeー declined the offer as he felt that he was too young to portray the character. It wasn’t until the retirement of Roger Moore ( the actor who portrayed James Bond in the earlier films), that Dalton accepted the role.

Named after one of Ian Fleming’s short stories, The Living Daylights followed James Bond as he attempts to stop the evil antics of an arms dealer, who is on the verge of starting a third world war. As he travels across the world’s continents for the sake of the mission, he eventually finds himself falling for a cellist by the name of Kara Milovy. Boasting an all-star cast, the film also starred Dalton are Maryam d’Abo, Joe Don Baker, Art Malik, John Rhys-Davies and Jeroen Krabbe in main roles. Produced by Michael G. Wilson and Albert R. Broccoli, The Living Daylights was also the last film of the series to be titled after one of Ian Fleming’s story until the release of Casino Royale in 2006.

Released in theaters on July 31, 1987, after an initial premiere at London’s Odeon Leicester Squareーwhich both the Prince and Princess of Wales attended, the action thriller was a major success. During its opening weekend, it attracted millions of viewers to the screens; in doing so, it earned well over $11 million. By the end of its run, The Living Daylights had taken in over $191 million worldwide against a production budget of $40 million. Critically acclaimed, the movie was overwhelmed with praise. Hailed as one of the best film of the series, it garnered positive reviews from big-name publications such as The Globe and Mail, and The Washington Post. Lauded for its exciting plot twists, it also earned Dalton much fame and exposure as an actor.

Two years after the film’s success, Dalton reprised his role as 007 in the subsequent sequel, License to Kill (1989). Marking his second and final portrayal of James Bond, the spy thriller centred around the secret agent as he sets off to get revenge on a drug lord by the name of Franz Sanchez who has tortured and left one of his close friends for dead. Noted for incorporating two short stories and a novel into the plot, the film was actually originally intended to be titled, License Revoked but was later renamed during the post-production stages.

After an initial screening in London, License to Kill enjoyed a wide release on July 14, 1989. Although it didn’t surpass the success of its predecessor, it was still a financial hitーearning over $8.7 million its opening weekend. Met with generally favourable reviews, the movie later went on to gross over $156 million across the globe. While many individuals commended it for its impressive stunts and darker narrative, some did however, criticize the film for its greater use of violence. Nonetheless, License to Kill has since been considered a popular classic by fans; it also received an Edgar Allan Poe Award nomination for “Best Motion Picture” in 1990. 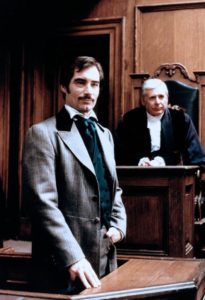 In the fall of 1994, Dalton secured a lead role in the television mini-series, Scarlett. Originally premiered in November of that year on CBS, it starred the actor as Rhett Butlerーa professional gambler who has a strained relationship with his wife; joining him in the series is Joanne Whalley-Kilmer and Stephen Collins, who played the characters of Scarlett O’Hara and Ashley Wilkes respectively. Filmed in over fifty locations in both the United States and overseas, four episodes of ninety minutes each were eventually produced.

Created on a budget of $45 million, the six hour mini-series featured a story that was based on a novel of the same title by author, Alexandra Ripley. Praised by many fans of Gone with the Wind (a book that it loosely follows), it received many positive reviews from both critics and viewers alikeー in particular, many took a liking to its phenomenal production and stunning scenery. A high budget television series, Scarlett was later nominated for two Primetime Emmy Awardsーone of which it won for the category of “Outstanding Individual achievement in Art Direction for a Miniseries”. 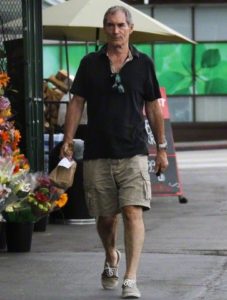 If you’re a fan of the veteran actor, then you’re probably aware of the fact that he hasn’t appeared in a film since 2012. The good news is that, Dalton will be returning to the big screen this year in an upcoming movie called The Death of Stalin (2017). The bad news? No official release date has been announced as of yet. Having said that, we do know that it will be directed by Armando Iannucci and that it will also feature Adrian McLoughlin, Jeffrey Tambor, Steve Buscemi, Olga Kurylenko, and Toby Kebbell in its cast.

Other than that, it seems like Dalton has just been reprising his role as Sir Malcolm in the horror series, Penny Dreadful this past yearーone which he’s been playing since 2014. After 27 episodes, the show came to an end in July 2016.