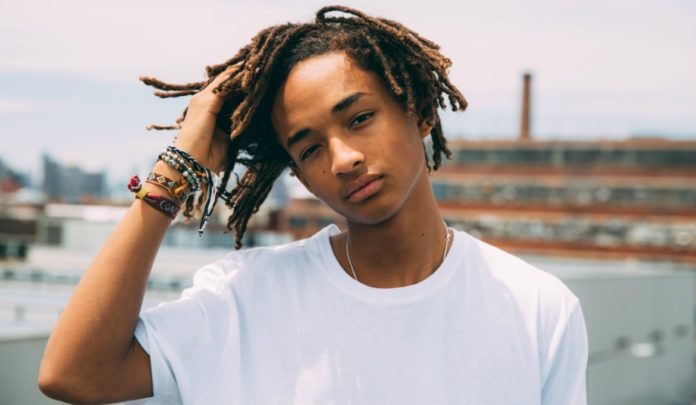 As the son of Will Smith and Jada Pinkett Smith, it’s no wonder that Jaden Smith has spent so much of his life in the limelight. You might know this young man from his work on the silver screen, in music, or through his cryptic Twitter account. I have a feeling that a lot of people are at least vaguely aware of Jaden Smith. During his early adolescence, he attracted a lot of popularity by appearing in high-profile movies like The Karate Kid. More recently, though, you don’t hear about him quite as much as you used to. What has Jaden Smith been up to? 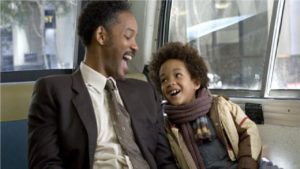 Jaden Smith was born in July 1988, in Malibu, California. He was born as Will Smith’s second child, with an older half brother in Trey Smith. In 2002, he received his first film debut by having a cameo appearance in Men in Black II. This would certainly not be the last time that Jaden Smith would appear in a film alongside his father. In the years to come, Jaden would see a small television role, for the show All of Us, a sitcom created by both of his parents. After that, he would allow himself to age for a little bit longer before he made his actual film debut in 2006. In 2006, Jaden Smith had a major role in the movie The Pursuit of Happyness, where he played the son of Will Smith’s character.

Although child actors are often the subject of criticism, Jaden’s performance was highly praised. It wasn’t really considered a breakout role for the young star, but it earned him some serious critical acclaim. Among his accolades for the part were an MTV Movie Award, an NAACP Image Award nomination, and a Teen Choice Award nomination. All in all, he had gotten his career off on just the right foot. Jaden would carry this momentum with him through 2008, when he had a couple of other major parts. As far as television goes, he had a guest starring role in the hit family television show The Suite Life of Zach & Cody. In that same year, he had a fairly significant role in the movie The Day the Earth Stood Still, a remake of the classic 1951 science fiction flick. Smith ended up winning a Saturn Award for his outstanding performance in this remake.

Jaden Smith in the Movies

Jaden Smith would not see his major breakout until 2010, when he played the character of Dre Parker in a remake of The Karate Kid. This would be his first major starring role, and he received positive reviews for his mature and convincing performance. He earned multiple nominations for this portrayal, and he won a BET Award for YoungStars Award. Not only that, but the film also gave Jaden the opportunity to promote his musical career. He rapped alongside Justin Bieber in the song “Never Say Never”, which was prominently featured in The Karate Kid‘s promotional material. After taking a small break for entertainment, he came out with his first ever mixtape, The Cool Cafe, in 2012. The Cool Cafe was released as a free digital download, and it impressed a lot of people when Jaden’s young age was considered. 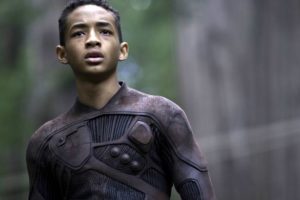 Jaden returned to acting in 2013, when he co-starred with Will Smith in the science fiction movie After Earth. Although it was a modest worldwide commercial success, it was ripped by critics. Jaden and his father were both criticized for their performances, and it caused Jaden to take a very long break from film acting. In the meantime, he worked on developing other facets of his career. In 2013, he began to put some serious work into building up MSFTSrep, a lifestyle and clothing brand of his own making. In 2014, Jaden would go on to release CTV2, a mixtape that was meant to serve as the sequel to The Cool Cafe. His music career got another big boost that year, when he had a large featuring role in Childish Gambino’s acclaimed album Kauai. Jaden was featured in the tracks “Late Night in Kauai” and “Pop Thieves (Make It Feel Good)”. Just in 2015, he released an EP called This is The Album, which like his previous work, was self-released.

Aside from this work, however, Jaden kind of fell off of the map. Following the public humiliation that he and his father faced due to After Earth, he has not appeared in any major films. It also seems like he hasn’t had any major roles in television, either. What has Jaden Smith been working on lately? Has he retired from acting? Has he retired from music? Read on, and those questions will be answered.

Although Jaden Smith has definitely slowed down in recent months, I don’t think it’s fair to say that he is wrapping anything up just yet. As far as music goes, he was a featured artist in a new version of The Black Eyed Peas’s critically acclaimed song “Where Is The Love?”. He appeared in the song, along with other major musicians like Usher, Justin Timberlake, DJ Khaled, LL Cool J, and Wiz Khalifa. He is also currently working on his debut album, Syre. A release date has yet to be announced, but fans of Jaden Smith and his style of music are eager to see what he comes up with. His work on other albums seem promising, so let’s keep our fingers crossed with this one.

In acting, he saw a fairly significant role in television, playing the role of Marcus Kipling in the Netflix series The Get Down.As far as film acting is concerned, he is meant to reprise his portrayal of Dre Parker in the sequel to The Karate Kid. He is also meant to star in the movie The Good Lord Bird, which is adapted from a novel of the same name. Currently, no release date is known for either of these movies. Jaden Smith is just a young guy, but he has already made a pretty big name for himself in the entertainment industry. I am of the opinion that we have just only scratched the surface of what this talented young man is capable of.