Recent Bachelorette Couples – Are They Still Together? 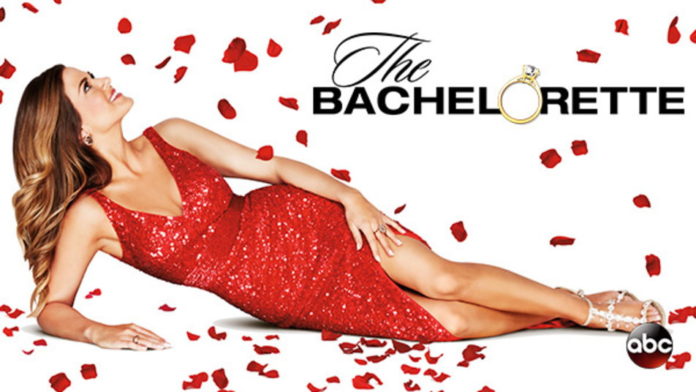 The Bachelorette is one of the most popular reality television programs in the country. Each season, millions of people gather to see if true love can blossom between the bachelorette and one of the show’s contestants. At the end of each season, the bachelorette chooses someone to be theirs forever. However, “forever” doesn’t always turn into forever. Unfortunately, some relationships that are forged on The Bachelorette don’t always last. Not everyone is able to get their happy ending. In this article, I’ll be talking about some of the different couples to be born on The Bachelorette, while also providing you all with a short update regarding what they have been up to after the show. 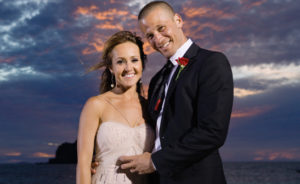 Way back in 2007, Ashley Hebert made her reality television debut on The Bachelor, where she competed in Brad Womack’s season. Despite her best efforts, she ended up being the show’s second runner-up. Hebert was given a second chance at love with the seventh season of The Bachelorette. In the end, Ashley’s decision came down to Ben Flajnik, a wine maker, and J.P. Rosenbaum, a construction manager. She rejected Ben’s emotional proposal, and ultimately accepted J.P.’s. Fans of this couple should be happy to know that they have made nothing but good memories together after the show. Hebert and Rosenbaum were official married on December 1st, 2012. A couple of years later, they welcomed their first child, a son named Fordham. Just last year, they welcomed their second child, a daughter named Essex. Not every relationship to come from this show ends well, but this one certainly did. 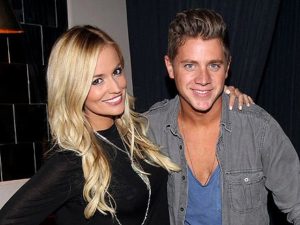 Season eight of The Bachelorette brought back Emily Maynard, who you may recognize if you watched the fifteenth season of The Bachelor. Maynard was actually chosen as the winner of that season. However, her and Brad Womack ended up breaking up once the show had ended. (Fun fact: This season made history by being the first season in either The Bachelor or The Bachelorette to take place in a city in the Southern United States. The season was recorded in Charlotte.) At the end of this season, Emily decides to marry Jef Holm. Although the season’s runner-up Arie Luyendyk may have had a good shot, Jef was sort of a shoe-in since he was the only contestant to ever meet Emily’s daughter. However, this wasn’t enough, in the end. In October of 2012, it was announced that Jef and Emily had broken up. Today, Emily has found love with a friend who she met at church named Tyler Johnson. Together, they have two sons named Jennings and Gibson. 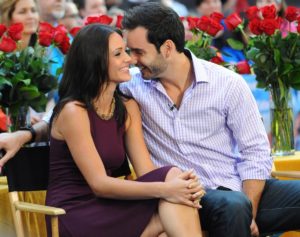 Unlike a lot of bachelorettes, Desiree wasn’t actually a former contestant on The Bachelor. This bridal stylist came in completely new to the whole series, and she was ready to finally start to work on her own wedding for a change. Desiree’s season was somewhat unorthodox, since her dream man Brooks had to reveal to her that he didn’t feel feelings of love toward her. He was definitely the frontrunner up until he decided to drop out, which really shook up the competition. In the end, Desiree had to choose between Drew and Chris. She sent Drew home during their final date, and she ended up accepting Chris’s proposal at the end of theirs. Although Hartsock’s heart may have been set on Brooks, this turned out to be a good plot twist in her love life. Chris and Desiree were officially married in January of 2015. They live with their first child, Asher, in Seattle, Washington. 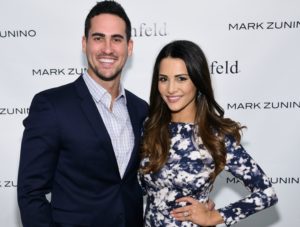 Andi Dorfman became a very popular contestant on The Bachelor during her time on Juan Pablo Galavis’s season. She left the competition, not because she was sent home, but because she was upset by Juan Pablo during their overnight date. Andi was given a second chance at finding her dream guy in the tenth season of The Bachelorette. The last two men standing at the season finale were Josh and Nick. Despite the fact that Andi and Nick made love during their overnight date in the fantasy suite, Andi ended up telling Nick that he just wasn’t the one. She ultimately accepted Josh’s proposal. During the “After the Final Rose” episode of the season, all seemed well for the new couple. However, it was announced in January of 2015 that Josh and Andi had split. Andi has since remained single, whereas Josh seemed to form a connection with Amanda Stanton, a former contestant on The Bachelor. Bad luck struck yet again, though, and Amanda and Josh called off their engagement just at the end of 2016. 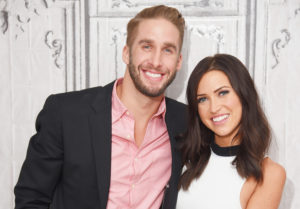 Season 11 of The Bachelorette was an interesting one, since it began with two different women initially vying for the title of bachelorette. Kaitlyn Bristowe earned the title, with her previous experience on the show coming during Chris Soules’s season of The Bachelor in season 19. Bristowe placed third overall in the competition, but this season of The Bachelorette gave her a second chance. Kaitlyn saw some controversy on her season when she allowed Nick (yes, the same Nick from Andi Dorfman’s season) to join the competition mid-way after the two met during the show’s taping. However, not much ended up coming from this. Nick finished as the season’s runner-up, but Bristowe was ultimately won over by Shawn, a personal trainer from Connecticut. Although the happy couple have yet to tie the knot, they are still engaged as of this writing. I wouldn’t get my hopes up just yet, but I think it may be safe to say that Kaitlyn and Shawn are built to last. 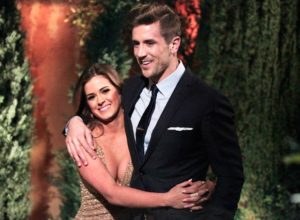 Fans of The Bachelor may recognize JoJo Fletcher as the runner-up of Ben Higgins’s season. Although JoJo was heartbroken by falling just short, this latest season of The Bachelorette gave her the chance to find love yet again. Her decision came down to Robby Hayes and Jordan Rodgers, both former athletes. (Jordan Rodgers is perhaps best known for being the brother of Aaron Rodgers, the football star.) In the end, Jordan proposed to JoJo in the finale and she happily accepted. That season has just wrapped up kind of recently, so there honestly haven’t been many developments regarding their relationship just yet. However, I think that fans of this couple can take solace in the fact that their engagement has not been called off or anything. As of this writing, they are still engaged, and they are still planning on getting married some time in the future. As I’ve already said, happy endings aren’t as common as you would hope on this show, so you really feel the need to cross your fingers with these new couples.