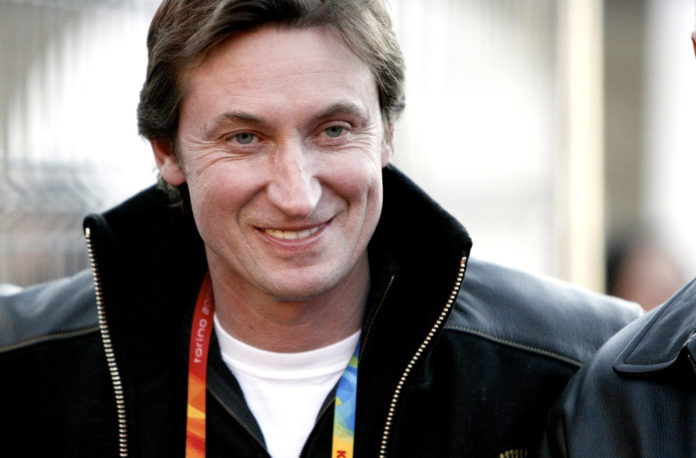 Many and most hockey fans consider Wayne Gretzky to be the greatest hockey player of all time. Through his tenure with NHL teams like the Edmonton Oilers and the Los Angeles Kings, he was able to create a name for himself as one of the most intelligent people to ever play the game. This hockey centre is without a doubt unparalleled in his level of play, and as one can probably imagine, all of his success in the sport has allowed him to amass a large amount of money for himself. How rich is Wayne Gretzky, exactly? In this article, I’ll look to answer that question, among some others.

How did Wayne Gretzky make his money and wealth? 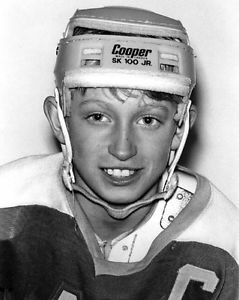 Wayne Gretzky was born in Brantford, Ontario in January of 1961. It isn’t much of a surprise that, growing up in Canada, he took such a strong interest in hockey. He ice skated for the first time when he was just two years old. Gretzky showed incredible promise at a young age, and his skills on the ice made him seem like something of a prodigy. Before he was even in high school, he was already stunning people in the local hockey team. By the time he was 14 years old, he and his family moved to Toronto. Part of this was because they wanted to help him further his career, and part of it was because of some of the angry jealousy that he faced in his own hometown. Wayne continued to wow people, but since he was under 20 years old, he legally wasn’t allowed to sign with a team in the NHL. As a result, he decided to sign with the World Hockey Association. After shopping around with a couple of different teams, he ultimately signed with Indianapolis Racers. Gretzky played eight games with the Racers before he joined the Edmonton Oilers.

Wayne only ended up playing a single season with the WHA, and during that time he would finish third in the league in scoring. He was also named rookie of the year. Despite this promising first season, though, he ended up playing in the NHL in the following season. How is that, you ask? The World Hockey Assocation folded in 1979, and so the Edmonton Oilers ended up being one of four teams to join the NHL. Although some believed that Gretzky would struggle in the NHL, he seemed to thrive under the pressure of the league. During his first season with the NHL, he tied for scoring leader with Marcel Dionne and won the Hart Memorial Trophy for Most Valuable Player. Although he almost certainly would have won the Calder Memorial Trophy during his first year with the NHL, he wasn’t technically considered an NHL rookie due to his prior experience in the WHA. 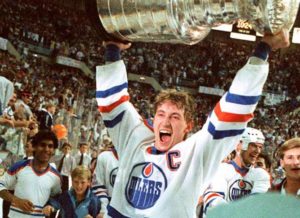 In the following years, Wayne Gretzky would absolutely astonish people with his skills on the ice. He was the first hockey player (and first Canadian) to ever be named Male Athlete of the Year by the Associated Press. With his strong leadership, the Oilers were able to gradually build up a strong enough team that was capable of competing for the Stanley Cup. In the 1983 Stanley Cup Final, however, the team was humiliated in a sweep by the New York Islanders. Wayne and company didn’t seem deterred by this loss, however, and they would return to face the New York Islands in the Stanley Cup Final in the following season. This time, they would emerge with the Stanley Cup. It’s worth noting that this would definitely not be Wayne Gretzky’s last Stanley Cup win.

True, Gretzky had a prolific kind of success in Edmonton. He would win four other Stanley Cups with the team, and he became a beloved figure among the team’s many fans. However, in a move that shocked all of the NHL, the Oilers made the decision to trade Gretzky, along with a couple of other players, to the Los Angeles Kings. Canadians were scandalized by the trade, with some turning on Wayne and believing him to be a traitor for leaving his hometown for a much glitzier Los Angeles. Despite their acquisition of talent, not everyone believed that Los Angeles would be able to make a legitimate play for the Stanley Cup. Despite that, with Gretzky’s aid they were able to become a much more respectfully viewed team. The city has never been especially well-known for hockey, but with the likes of Wayne Gretzky on the ice, they were able to consistently fill their seats. 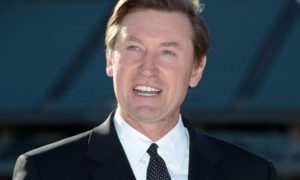 Wayne would end up closing out his career with the New York Rangers, where he played for just three seasons. As he aged, he was noticeably playing at a lower level than he had in the past. Don’t think that this may have smeared his legacy in any way, however. Even while he was still playing with the Rangers, there were many people who thought that he was the greatest hockey player of all time. Wayne Gretzky would officially retired from the NHL in 1999. Upon his retirement, Gretzky has continued to see involvement in different aspects of hockey. In 2005, he became the head coach of the Phoenix Coyotes. In 2002, he was the Executive Director of the Canadian’s men’s hockey team in the 2002 Winter Olympics. Just recently, he became vice-chairman of Oilers Entertainment Group, a company that is obviously affiliated with the Edmonton Oilers. Even though he hasn’t been on the ice in a good while, he is still very influential in hockey as a whole.

Wayne has been married to actress Janet Jones since 1988. Together, the couple have five children. There was a widespread rumor prior to Gretzky’s trade to the Los Angeles Kings that he was only moving to Los Angeles because he wanted to help his wife further her career in the entertainment industry.

Although Wayne Gretzky isn’t playing hockey anymore, he is still involved with a wide variety of different business ventures. It can be estimated that this sports great makes approximately $1 million per year. This includes money that he makes from his work as a product endorser, a business partner, and as a business owner.

How much does Wayne Gretzky make per day?

Using that simple $1 million figure as a starting point, with basic math we can figure out Gretzky’s daily income. In a 365 day year, he makes about $2,700 per day.

I don’t think that I should have to say anything about the kind of incredible player Wayne Gretzky is in the game of hockey. Throughout the course of his career, he earned numerous awards and set numerous records that are still highly respected today. Gretzky has won nine Hart Trophies, ten Art Ross Trophies, two Conn Smythe Trophies,  five Ted Lindsay Awards, five Lady Byng Memorial Trophies, four Stanley Cups, and three Canada Cups. Regardless as to whether or not you like him, I don’t think that anyone can honestly deny the fact that Wayne Gretzky is one of the greatest hockey players of all time. His accomplishments definitely show that.

As a guy who has been such a prominent figure in hockey, it isn’t all too surprising that he would be so involved with various charitable organizations. Wayne came from humble beginnings, and so he has dedicated a lot of his time and money to helping those in need. Over the years, he has supported charitable organizations such as the Arthritis Society of Canada, the Los Angeles Police Memorial Foundation, the Make-A-Wish Foundation, the Nevada Cancer Institute, The Miami Project, and the Bone Marrow Foundation. He also has his own charity, fittingly called the Wayne Gretzky Foundation.