What Happened to Judge Reinhold – 2018 Update 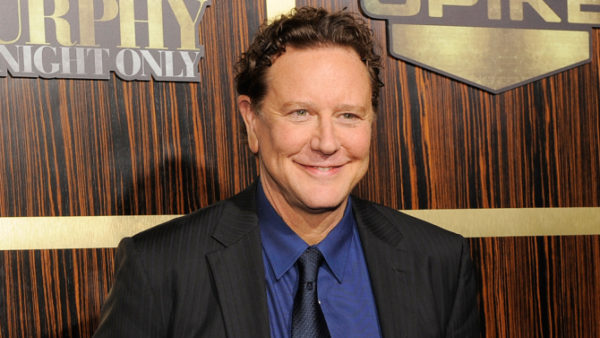 Best known for both his roles as Detective Billy Rosewood in Beverly Hills Cop and as Neil Miller in The Santa Clause, Judge Reinhold has appeared in 58 films, made 37 TV cameos, and even performed some voice acting for the 2001 video game tie in to Atlantis The Lost Empire. But what has he been up to since, and where is he now in 2018? Here, we take a look at what happened to Judge Reinhold.

Born on May 21, 1957, Judge Reinhold was originally named after his father (a trial lawyer) as Edward Ernest Reinhold Jr. Nicknamed Judge by his father at only a few weeks old, the Reinhold family would quickly find their youngest member didn’t have as much interest in law as the arts. In moving from Delaware to Fredericksburg Virginia and finally to Stuart, Florida, Reinhold would often experiment in theatre, which would in turn allow him into Mary Washington College and the North Carolina School of the Arts. After college, Judge would return to Florida to perform at Burt Reynold’s dinner theater restaurant, as well as performing a few local gigs before landing his first role on the screen as a musician on the Wonder Woman television series.

Soon after his premier in the Wonder Woman television series, Judge Reinhold would appear as a rather unheard of actor in the cult hit Fast Times at Ridgemont High in 1982. This film would later be inducted into the United States National Film Registry in 2005 for its cultural significance.

Reinhold would go on to spend the next two years appearing sporadically in multiple productions, including a Pet Benatar music video. However, his biggest break into the Hollywood elite would be through the action comedy Beverly Hills Cop, where he would follow Eddie Murphy’s character around as Detective Billy Rosewood. He would again reprise this role in both Beverly Hills Cop II and III in later years, with films such as Roadhouse 66, Off Beat, and Ruthless People providing him acting work in the mean time.

In 1994, Judge Reinhold would take on yet another role with plenty of repeat performances, Dr. Neil Miller of the Santa Clause film series. In the same year, he would appear on the television show Seinfeld as a character with an obsession with Jerry Seinfeld’s parents. This role would grant him his first at to date only award nomination, a Primetime Emmy as an outstanding guest actor in a comedy series. He would go on to show up in plenty of other television sitcoms, such as Arrested Development, where he would play a circuit court judge in a television show within the show itself.

As the years went on, Reinhold would hold many roles, from the independent 1999 film Walking Across Egypt, which garnered a mostly positive reaction, to direct to video films such as Beethoven’s 3rd and 4th, and even as the character Gunther in the remarkably popular animated film, Puss in Boots.

While Judge Reinhold has kept most of his private life private, there has been in recent times a bit of a scandal. On December 8, 2016, Judge Reinhold was arrested in Dallas Texas. This came to pass as a result of a TSA checkpoint at the Dallas-Love Field, where Reinhold had planned to fly out to his home in Santa Fe, New Mexico. While passing the TSA screening himself, it was reported that one of his bags required additional screening, and the actor was asked to go into a private screening room. The actor refused and supposedly lashed out at TSA workers, prompting the involvement of Dallas Police, who likewise reported belligerence on the part of Reinhold. He was taken into custody for Disorderly Conduct and will likely face small fines as a result of his behavior.

In brighter news, reports have come in that throughout 2017, Judge Reinhold will be starring in multiple films, the biggest draw of which is the fourth installment of Beverly Hills Cop. This is supposedly the final installment of the series, so perhaps in 2017 we will see Judge Reinhold take on yet another iconic role in a film series.