The Weeknd Net Worth – How Rich is The Weeknd 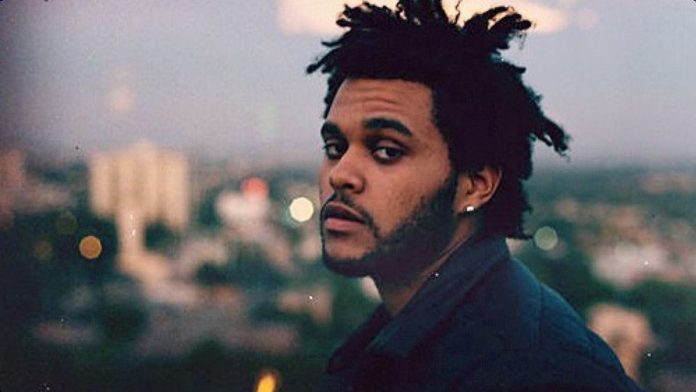 Abel Tesfaye, also known as The Weeknd, is one of the hottest musical artists out there right now. He exploded onto the music scene in 2013 with the release of his debut studio album, and since then, he has developed into one of the most popular male artists currently making music. With such a meteoric rise to the top, he must be a lot richer now, right?

The Weeknd Net Worth – $30 Million

How did The Weeknd make his money and wealth?

Abel Tesfaye was born in Scarborough, Ontario, in February of 1990. His parents immigrated to Canada from Ethiopia during the 1980’s, but he was raised in Scarborough for much of his life. His mother was forced to work several different part-time jobs in order to support the family, and when his father abandoned them, he ended up spending a lot of time with his grandmother, too. Abel attended two high schools: West Hill Collegiate Institute and Birchmount Park Collegiate. Like many other aspiring artists, however, he ultimately made the decision to drop out of high school in order to become a musician. In around 2010, Tesfaye met up with Jeremy Rose, a producer. Abel Tesfaye and Jeremy Rose worked alongside one another to produce a couple of tracks, which mostly consisted of an instrumental that Rose produced and Abel would freestyle over. In December of that year, Abel uploaded the tracks to YouTube under the stage name “The Weeknd”. There was very little marketing involved with these tracks, and the main reason that they attracted any popularity was due to word of mouth. 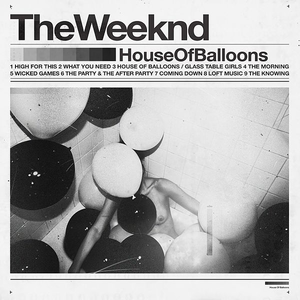 The Weeknd’s popularity only grew when the songs were promoted by Drake, another musical artist from Canada. Tesfaye released his first ever mixtape in March of 2011, entitled House of Balloons. Controversially, the mixtape didn’t credit producer Jeremy Rose for his work on the track. House of Balloons featured nine different tracks, and it was released as a free digital download. Two singles, “Wicked Games” and “Twenty Eight” would eventually come from the critically acclaimed mixtape. Surprisingly, the mixtape ended up receiving a nomination for the 2011 Polaris Music Prize, and it was considered a significant contender for the award at the time. Following the success of this release, Abel went on his first tour, where he traveled all around Canada. During this time, he was also collaborating a lot with local rapper Drake, as the two had similar beginnings and somewhat similar musical stylings. He released another free mixtape, Thursday, in August of 2011. Again, The Weeknd had another critically acclaimed mixtape to his name.

Shortly following the release of Thursday, Tesfaye released Echoes of Silence. This was another mixtape, and it was also released as a free digital download. Today, House of Balloons, Thursday, and Echoes of Silence comprise a trilogy of Abel’s free mixtapes, and each of them were subject to rave reviews by critics and casual listeners alike. Due to his rapidly expanding fanbase, The Weeknd was able to perform at the Coachella Festival in 2012, which is nothing to sneeze at. After this performance, he would go on a major tour in the United States and in a couple of international locations. In September of 2012, he signed with Republic Records, just before releasing a compilation album Trilogy. As the name implies, this album consisted of remastered versions of the tracks that were made available in Abel’s three free mixtapes. During its first week, it sold 86,000 units. In the spring of 2013, Abel was able to take the next big step of his musical career by releasing his debut studio album. 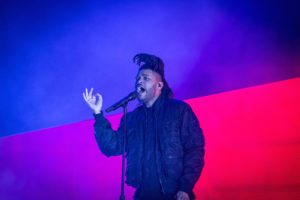 That album is called Kiss Land, and it sold 96,000 copies in its first week. This album spawned 6 singles, and it also received positive reviews from critics. He released several songs, including “Often”, “Love Me Harder”, and “Earned It” to close out 2014. 2015 was another big year for the young artist, and a few singles were leaked off of an upcoming album. One of those songs, “Can’t Feel My Face”, would go on to become one of The Weeknd’s more popular tracks. He released his second studio album Beauty Behind the Madness in August of 2015, and it topped the Billboard chart with massive sales. The album sold 412,000 units within just one week, which is obviously much more commercially successful than any of his prior releases. Due to this massive success, Abel performed in high-profile music festivals, including Lollapalooza, Austin City Limits, the Hard Summer Music Festival, and Seattle’s Bumbershoot Festival.

In December of 2015, it was announced that Beauty Behind the Madness was the most streamed album of the year, and it was considered one of the best albums to release in 2015. Needless to say, The Weeknd acquired great success with this album. In late 2016, The Weeknd released his next album Starboy, which featured artists like Kendrick Lamar, Lana Del Rey, Daft Punk, and Future. Starboy has only been out for a little while, but it’s already received rave reviews from critics. Like his previous album, it debuted at the top of the Billboard chart. Although he is fresh off of Starboy, it’s very likely that The Weeknd is going to be carrying this momentum into 2017. I think that I speak for R&B and pop fans everywhere when I say that the future looks bright for this promising, hard-working artist.

Who is The Weeknd dating?

As a young and up-and-coming musical artist, it’s no wonder that Abel Tesfaye’s dating life would be subject to a lot of speculation. For a good deal of time, he was dating Bella Hadid, a fashion model. However, they couple ended up splitting in late 2016 due to their busy schedules. As of right now, he is reported to be single.

Why is he called ‘The Weeknd’?

“The Weeknd” is definitely a strange name. It’s pronounced as “The Weekend”, so why isn’t it just spelled that way? As it turns out, there’s a good reason for this. Abel chose to misspell his stage name in order to avoid conflicts with a Canadian pop band called The Weekend. The name itself, Abel claims, comes from the fact that he decided to drop out of school one weekend and never go back, in order to start his career.

The Weeknd Salary & Annual Earnings in 2016

2016 was a big year for The Weeknd, as it saw the release of his third studio album Starboy. Starboy was commercially successful, and as you can imagine, it lined his pockets pretty well despite the fact that it didn’t release until late 2016. This year, he also had some key appearances in the Kanye West album The Life of Pablo, and more notably in Beyonce’s album Lemonade. Forbes estimates that The Weeknd made close to a whopping $50 million in 2016.

How much does The Weeknd make per day?

If you use that previous estimate as a starting point, you can use some simple arithmetic to calculate The Weeknd’s daily income. In a 365 day year, Abel makes approximately $137,000 per day. That definitely isn’t bad coming from a high school dropout.

What does The Weeknd drive? Picture of The Weeknd’s car 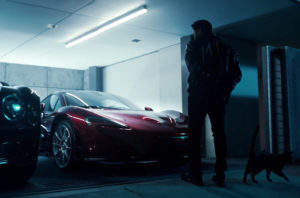 Although you may not knowing it by looking at him, Tesfaye is a really big fan of luxury cars. In the music video for his song “Starboy”, many of his luxury cars are featured prominently. The music video shows off a Lamborghini Aventador SV Roadster, a luxury car that is estimated to cost around $530,000. It also prominently features the McLaren P1, a limited-run hybrid that is said to cost about $1.5 million. The lyrics of “Starboy” actually directly address these cars, in case you didn’t already believe that he is passionate about these vehicles.

Over the years, Abel has shared his wealth in the nicest way by supporting various causes around the world. He has supported organizations and movements like the Ryan Seacrest Foundation, the St. Mary Ethiopian Orthodox Church, the Black Lives Matter Network, and the University of Toronto.

The Weeknd’s career has been short compared to that of some other musical artists, but he has already garnered a significant amount of critical acclaim for his outstanding work in music. His most notable accolades include two Grammy Awards, two American Music Awards, an Academy Award nomination, and eight Billboard Music Awards.