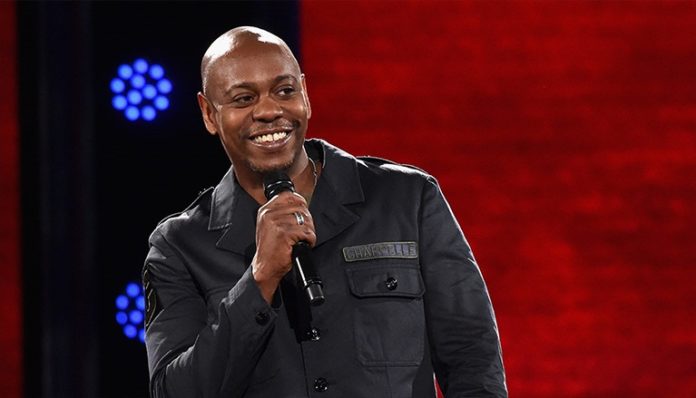 Dave Chappelle is one of the most famous stand up comics of the past decades. He is most known for his sketch show „Chapelle’s Show”

How did Dave Chappelle make his money & wealth

Dave Chappelle was born on August 24, 1973 in Washington D.C. His father was a statistician and a university professor. His mother was also a professor, and taught at multiple universities in the US. After his parents separated, Chappelle split his time between Washington and Ohio.

At 14, he decided to try stand-up comedy, so he went to a local comedy club on Open Mic Night. His first set was two and a half minute set, and when he started it he was so scared that he couldn’t even look at the audience. But the jokes worked, and by the end everybody was laughing and cheering for him. So he kept writing jokes and trying his material on stage. He refers to this period as a double life. By day he was just regular kid, not particularly popular in school, but when night came and he stepped on that stage at the comedy club, everybody loved him.

encouraging of his newfound hobby, but were concerned when he told them he is considering a career in comedy. As Dave put it “I was the first one in my family in post-slavery times to NOT go to college” so they had all the right to be worried. Dave then started auditioning, and got his big screen debut in Mel Brook’s Robin Hood: Men in Tights. He also appeared on Star Search, and the 1994 Doug Liman film Getting In. At 19, he became the opening act for R&B singer Aretha Franklin. All this got him the attention of TV executives. He developed a few pilots, but none of them got picked up. After he and comedian Jim Brewer made a guest appearance on ABC’s Home Improvement, the network gave them a spin-off sitcom called Buddies. After the pilot was filmed, they replaced Breuer and reshot his scenes. The show premiered to disappointing ratings was cancelled after 5 episodes.

Dave then got another development deal for a sitcom, but things fell apart when the networked told him the show needed more white actors. In later interviews Dave would accuse the network executives of racism. This incident, combined with his father’s death, made him consider quitting show business for the first time. In 1996 he appeared as a nightclub comic in Eddie Murphy’s The Nutty Professor. He also appeared in Con Air, The Larry Sanders Show, Half-Baked, You’ve Got Mail and Blue Streak. In 200 he made his first one-hour comedy special for HBO called Killing Them Softly.

In 2003, Chappele’s Show premiered on comedy central. The show featured sketches and stand-up that satirized pop culture, politics, racial stereotypes and other social issues. It also featured live music mostly focusing on hip-hop and soul. The show was a huge success and even went into syndication. In 2004, Dave walked off stage at one of his stand-up shows after someone in the audience yelled “I’m Rick James, bitch!” – a reference to one of Chappelle’s most popular sketches. When Dave returned he explained that he dislikes doing the show and that the long hours keep him from performing stand-up comedy which is more importing from him. One month before Season 3 was supposed to air Cheppelle left production and went to South Africa. He said he was unhappy with the direction the show had taken and that he was sick of the entertainment industry. Comedy Central offered him $50 million to come back but he said no.

He stayed away from show business until 2013 when he slowly started to make a comeback. He headlined some comedy festivals, and started performing comedy regularly. In 2014, he made his first major New York City appearance in more than a decade, when he performed for ten nights at Radio City Music Hall. In 2015 he made his first film appearance in 13 years in Spike Lee’s Chi-Raq. In 2016, he hosted SNL for the first time, his episode getting great ratings. Also in 2016, Netflix announced a $60 million deal with Dave Chappele. The deal involved three of Dave’s specials. Two were previously filmed, one in April 2015 at Austin City Limits Live and the other in March 2016 at the Hollywood Palladium. The third special would be produced exclusively for Netflix and directed by Stan Lathan.

Dave has been married to Elaine Mendoza Erfe since 2001. They have two sons, Sulayman and Ibrahim, and a daughter named Sonal.

How much money does Dave Chappelle make per special?

In November 2016, Dave Chappelle made a three-special deal with Netflix. The deal involved the rights to 3 new specials of his, at $20 million per special. All three will be released in 2017.

In 2016, Dave Chappelle made $60 million from his Netflix deal, and an additional $3 million from stand-up shows.

Dave drives a Lexus LS 460 worth $80 thousand, and a Rolls-Royce Phantom Drophead Coupe worth over $400 thousand.

Dave has made donations to Seeds of Peace International Camp, an organization that brings together children from America, Israel Palestine, Iraq and other conflicting nation.