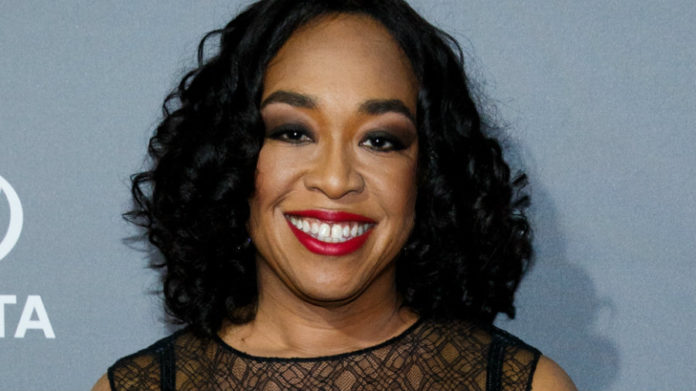 The Hollywood Reporter has called Shonda Rhimes TV’s savior, and I’m inclined to agree. She’s the creator and showrunner of Grey’s Anatomy, Scandal, and Private Practice. She’s been the leader of primetime soaps more than a decade now, and that’s led to quite a few people wondering: just how rich is Shonda Rhimes?

Shonda Rhimes was born on January 13, 1970, in Chicago Illinois. Her mother was a university administrator, and her father was a professor. When she was in high school, she volunteered at a hospital. This led to an interest in hospital environments, which manifested many years later when she created Grey’s Anatomy.

After high school, Shonda Rhimes enrolled at Dartmouth College. While a student at Dartmouth, she joined the Black Underground Theater Association. There, she acted and directed. She also wrote for the college newspaper. In 1991, Rhimes earned a bachelor’s degree in English and film studies.

When she graduated, she moved to San Fransisco and started working in advertising. Her first job was with McCann Erickson, a subsidiary of one of the largest advertising firms. After a few years there, Rhimes moved to Los Angeles and enrolled at the University of Southern California to study screenwriting.

When Shonda Rhimes graduated from USC in 1995, earning a Master of Fine Arts degree, she was the top of her class. However, she wasn’t immediately successful. She had small jobs, but her first big script wasn’t until 1999, when New Line Cinema assigned her to co-write Introducing Dorothy Dandridge, the HBO movie starring Halle Berry.

In 2001, Shonda Rhimes wrote Crossroads. The film, which was Britney Spear’s film debut, grossed over $60 million. A few years later she worked with her first mentor, Debra Chase, to work on The Pricess Diaries 2: Royal Engagement. Shortly after, Rhimes wrote a pilot for ABC about young women war correspondents, but they turned it down.

Over the next year, she worked with the network to produce Grey’s Anatomy. When it premiered on March 27, 2005, it was actually a midseason replacement. Grey’s Anatomy, through its run, has followed Meredith Grey (played by Ellen Pompeo) through her first steps working in a hospital to her running her own programs.

It’s hard to overstate the effect Grey’s Anatomy has had. It has been almost universally loved by critics. It’s been nominated for 25 Primetime Emmys, witth the cast earning a dozen more nominations. It’s won three Creative Arts Emmys, ten Golden Globes, and four People’s Choice Awards. The show has been compared to Friends in the cultural impact it’s had. According to a poll by the University of Western Sydney, 94% of medical students watch Grey’s Anatomy.

In 2007, Shonda Rhimes created the spin-off Private Practice, which followed a different doctor, who worked at a private firm, which provided a very different tone from the research and trauma of Grey’s Anatomy‘s Grey-Sloan Memorial. Unfortunately, the show was cut short by the writers strike. A second season was finally made in 2012, with the series finale airing in January 2013.

While Grey’s Anatomy was gaining its massive following, Shonda Rhimes was dipping her toes into other shoes. Then in May 2011, ABC ordered a series off of a pilot Rhimes had brought them.

The new show was Scandal, and was about Olivia Pope, a crisis manager working in the D.C. political sphere. The show hasn’t had quite the impact Grey’s Anatomy has, but it has still become one of the most engaging shows on television. This is helped by the social media presence of the show: actors tweet to fans as episodes air.

In her career, Shonda Rhimes has won a Golden Globe, been nominated for three Emmys, and won awards from the Writer’s Guild, Producer’s Guild, and Director’s Guild. All of this adds up to her being one of the most critically, and commercially successful writers in Hollywood, leaving Shonda Rhimes with a net worth of $120 million.

She is not. Back in 2015, she went on Oprah and outlined how she had no plans of getting married.

Does Shonda Rhimes have kids?

Where did Shonda Rhimes go to College?

Shonda Rhimes attended Dartmouth College for her undergraduate program, where she earned a bachelor’s degree in English and film studies. Later, she attended the University of Southern California where she earned her Master’s of Fine Art degree from the School of Cinematic Arts. 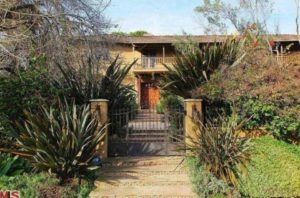 Shonda Rhimes lives in the Hancock Park neighborhood in Los Angeles, California. Her house used to be owned by Patricia Heaton (Everybody Loves Raymond). The house is notable for being designed by Elmer Grey, who also designed the Beverly Hills Hotel

How much did Shonda Rhimes Earn Last Year?

Shonda Rhimes shows account for roughly 5% of ABC’s total ad revenue, or $15 million. Rhimes probably sees at least 10% of this, or $1.5 million. So, she earned at least $1.5 million last year. But, her actual earnings were likely far higher, as this doesn’t include income from syndication or other work. So, her actual annual income probably closer to $2.5 or even $3 million.

Shonda Rhimes has been massively philanthropic with her wealth. She gave between $10 and $20 million to the Smithsonian so they could create the National Museum of African American History and Culture. She also created the Rhimes Family Foundation, based in Chicago, which does further philanthropic work.

Morgan Sennhauser
Morgan Sennhauser is a thoroughbred millennial, who has focused on working against censorship and surveillance in Africa and the Middle East. Now living in North Carolina, Morgan spends his time advocating for minority groups in impoverished regions, and writing about related topics.
RELATED ARTICLES
Business