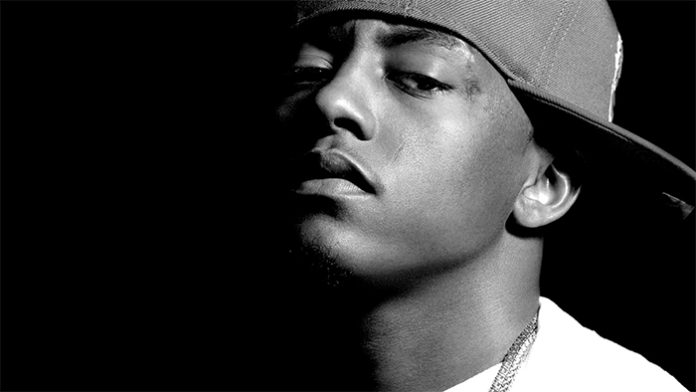 Hailing from Pennsylvania, American rapper Cassidy broke into the hip hop music scene with his debut album, Split Personality in 2004. As a teen, he was known as one of the town’s best battle rappers; at the age of fifteen, he won a challenge held by the Philly radio station, The Beat. In the early 2000’s, Cassidy founded a music group called the Larciny Family, which he established with a few of his hometown friends. After signing with the Ruff Ryders label, they received their first break when they were featured on the compilation album, Ryde or Die Vol. 2. Due to the success of the company’s larger acts however, Larciny was soon led aside. A couple of years later, Cassidy rose to recognition after winning a battle against MC Freeway. Soon afterward, he guest starred in Swizz Beatz’s album, G.H.E.T.T.O. Stories; impressed by the talents of the young rapper, Beatz eventually signed him to his label, Full Surface Records. Following the release of his first single Hotel, he released his debut album, Split Personality in the spring of 2004.

A number one hit, it quickly rocketed Cassidy to the top of the hip hop worldーit remains to be his best-selling album to this day. The next year, the rapper followed up with a subsequent album entitled, I’m a Hustlaーwhich managed to peak at number two. Since then, he has released a grant total of four full-length albums, seven music videos, twelve mix tapes and fifteen singles. Some of the hit singles that he’s probably best known for include I’m a Hustla, Get No Better, My Drink n My 2 Step, and B-Boy Stance. Like many musicians, Cassidy has also collaborated with a number of different artists such as Swizz Beatz, DJ Absolut, Keisha White, Prince Negaafellaga, and Infamous Haze. In addition, he has also guest starred in dozens of other music albums including that of Lemar, The Game, Mario, Alicia Keys, DJ Clue and Leona Lewis, to name a few.

Having said that, it’s not to say that Cassidy did not face his own share of troublesーin 2005, just a couple of months prior to the release of his second studio album, the rapper was involved in a shooting incident which resulted in him being arrested on charges of murder. After serving eight months behind bars, he was released after the primary witness took back his confession. Just a year after the incident however, Cassidy found himself going through yet another ordeal having been seriously injured in a car accident. He was eventually well enough to release a studio album in the fall of 2007.

So what has the 34-year-old hip hop artist been up to since then? Can we expect any new releases from him this upcoming year? What happened to Cassidy? Where is he now in 2018? 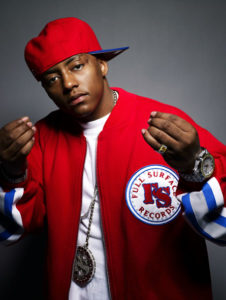 Born on July 7, 1982 in Philadelphia, Pennsylvania, Cassidy (Real Name: Barry Adrian Reese) had been involved in the hip hop world ever since his early teens. In his hometown, he was known as one of the city’s most talented battle rappers. At the age of fifteen, he emerged as the winner of a challenge organized by the local radio station, 103.9 The Beat.

Wanting to form his own music group, he later founded a hip hop group called the Larsiny Family in 2000 with a couple of his close friends Shiz Lansky and Cal Akbar. After signing with Ruff Ryders, the received their first break after being featured on the label’s compilation album, Ryde or Die Vol. 2. Due to the number of large projects held by the company however, Larsiny was soon put on the back burner.

In 2002, Cassidy found himself rising to fame after winning a battle against MC Freewayーan event that brought him much recognition. Later that year, he was met with a huge opportunity when he was invited to guest star in Swizz Beatz’s album, G.H.E.T.T.O. Stories. Impressed by what the rapper had in him, the music producer eventually signed the young Philadelphia-native to Full Surface Records, his new label. Not long afterward, the artist released his first professional single, Hotel (feat. R. Kelly) in 2003ーa breezy track that turned out to be a major hit. From there, Cassidy eventually released his debut studio album entitled, Split Personality in 2004. 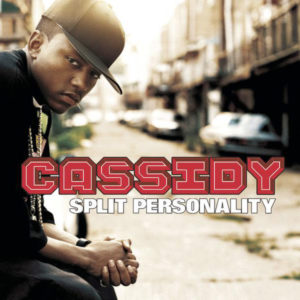 On March 16, 2004, Cassidy released his debut album entitled, Split Personalty which was a joint venture between Epic, Ruff Ryders and the Full Surface label. Produced in part by Swizz Beat, who helped the rapper to launch his career, it consisted of sixteen songsーall of which were considered to be east coast hip hop in nature. A few titles from the track list include: Can I Talk to You, Pop That Cannon, Blood Pressure, Around Tha World, I’m Hungry, and Get No Better. The album’s lead single, Hotel, which was released in 2003 had ultimately put the album into the tracks of success.

Proving to be a major hit upon reaching stores, Split Personality sold approximately 118,000 during the initial week and opened at number two on the Billboard 200. Soon afterward, the album also reached the top of the US R&B and Hip Hop Albums Chartーmaking it the first number one album of Cassidy’s career. Despite this however, reactions to it were generally mixed. For instance, while critics at Allmusic described it to be a “minor disappointment”, those from Vibe Magazine praised it for its production and gave it a three and a half star rating. A few months after its release, Split Personality gave rise to a second single entitled, Get No Better which reached number 79 on the Billboard Hot 100.

The next summer, the American rapper dropped his second full-length album, I’m a Hustla. Co-produced by Cassidy himself, its production also enlisted the help of Hi-Tek, L.E.S., Nottz, Neo da Matrix and Bink, amongst others. Featuring a handful of guest artists in several of its tracks, the album consisted of fifteen songs, some of which included: Can’t Fade Me, Kick It wit You, The Message, I’m a Hustla (Remix), and So Long. Two singles were released with the albumーB-Boy Stance and I’m a Hustla.

Although not as successful as his debut work per se, it managed to debut at number five on the US Billboard 200, selling approximately 93,000 copies in the first week. Generally well received, I’m a Hustla received a three star rating from Rolling Stone and a three and a half star rating from Vibe Magazine. Some of the less positive reviews came from sources such as Allmusic, which gave it two and a half stars. Regardless, the album eventually went on to peak at number two on the Billboard Top Rap Albums and the Top R&B and Hip Hop Albums Charts. 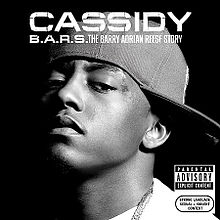 Cassidy’s third studio album entitled, B.A.R.S. The Barry Adrian Reese Story was released on November 6, 2007. Named after his initialsーand possibly after the fact that he’d spent eight months behind bars prior to the album’s releaseーits contents revolved mostly around his time spent in prison and his relationship with God. Comparable to his earlier works, it boasted fourteen hip hop tracks, a few of which included Leanin’ on the Lord, Damn I Miss the Game, I Get My Paper, Take a Trip, and All By Myself. Once again, the album also featured several guest appearances from artists such as Mark Morrison, John Legend, Swizz Beatz, Eve, and Angie Stone.

Upon its release, B.A.R.S. The Barry Adrian Reese Story debuted at number ten on the US Billboard 200; by the end of the first week of sales, it had sold more than 63,000 copies. Supported by two singles, Innocent Man (Misunderstood), and My Drink n My 2 Step, it garnered several positive reviews from publications such as AllHipHop, AllMusic and DJBooth. Having said that, some mixed ratings did come from sources such as RapReviews and XXL Magazine. Still considered to be a success, the album went on to peak at number three and number two on the Top R&B and Hip Hop Albums Chart and the Top Rap Albums Chart respectively.

Following that, it wasn’t until three years later, that he released his fourth full-length album, C.A.S.H. His first record with the Kross Over Entertainment and E1 Recordsーwhich is owned by NBA super-star, Carmelo Anthonyーthe rapper later explained the title of the album, stating that it is an acronym for “Cass Always Stays Hard”. Produced in part by the artist himself, the disc had fourteen tracksーa handful of which featured Game, May, Junior Reid, Notch, Red Cafe, AR-AB and Naila Boss. Some of the titles include: Music in My Blood, Hate Me or Love Me, All Day Al Night, Girl Like Her, and High Off Life. 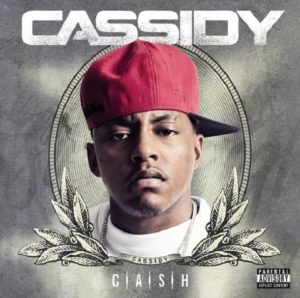 Compared to his preceding albums, C.A.S.H. was ultimately not as successful. Shortly after its release, it settled at number 145 on the Billboard 200ーwhich is considerably lower than what his earlier works had been able to accomplish. Nevertheless, it eventually also managed to peak on the Billboard Top Rap and Top R&B/Hip Hop Albums Charts at number nine and number eleven respectively. According to critic Steve Juon of Rap Reviews, the album did not offer much in terms of surprises, as its lyrics were vastly similar in style to his previous efforts. While he gave C.A.S.H. a modest 7/10 rating, others such as SPIN were more critical of its contents, having given it a less impressive 2/10 rating.

On New Years Eve, Cassidy and Swizz Beatz were invited to the studio for an interview with DJ Whoo Kidー however it seemed that they got more than they bargained for. Following the Q&A session, the two rappers ultimately enjoyed a ridiculous freestyle session, much to the amusement of fans. The event, which has been recorded as an eight-minute video clip, has since been viewed over 450,000 times on Youtube! If you’re a fan of either of the two (or both), it’s definitely a must-see.

In terms of recent music projects, the rapper’s last release was that of the mixtape Da BARbarian which was released via digital download in October 2016. In addition to its 37 tracks of rhyming and remixing hits, it also featured several appearances from Erk, Bishop and Jag Angel.

If you’re like to stay connected and up-to-date with the American rapper, you can do so by following him on social mediaーyou can find Cassidy on Twitter and Instagram at @ Cassidy_larsiny. With over 400K followers across the platforms, there’s no doubt that the hip hop star has his fair share of loyal fans!