What Happened to Robbie Williams – Now in 2018 Update 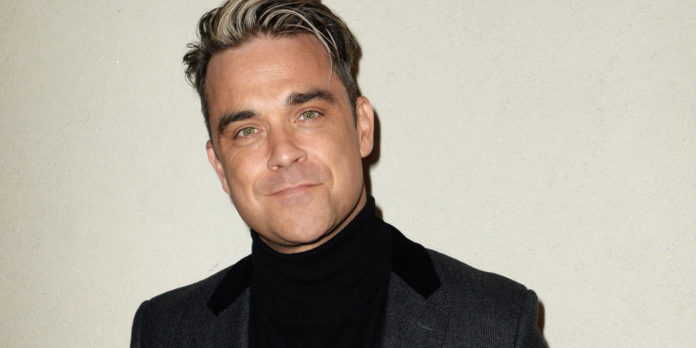 Robbie Williams is a highly-successful pop star who was once a member of the boy band Take That before departing to pursue his own solo career. To date he has released 12 albums with more than 50 singles and a record number of BRIT and ECHO awards with 18 and 12 respectively.

Before we check out the latest let’s first revisit Robbie Williams’ career starting from his Take That days up to his most recent album release.

Born in Stoke-on-Trent, Staffordshire, England, on February 13, 1974, Robert Peter “Robbie” Williams spent his childhood with his mother and sister after his folks divorced while he was three years old. He was bit by the entertainment bug in his early years as evidenced by his love of singing and being the class clown, not to mention his father being a singer and comedian as well.

Williams actively joined school plays and the local theater, and he also enhanced his talent by attending the United Kingdom Dance and Drama Federation. However his interest in the academics waned and eventually Williams dropped out of high school.

Williams didn’t immediately embark on his dream career after dropping out but instead he first worked as a salesman of double-glazing for three months. IT was during this time when Williams saw a newspaper advertisement about an audition for an upcoming boy band. The 16-year-old Williams gave it a shot and successfully landed a spot as Take That’s youngest member.

Robbie Williams in Take That

Williams’ early years in Take That were mostly composed of traveling as the boys sought to promote their image and sound throughout England. His mother provided financial support as Williams earned no wages and was not allowed to take a job as the manager Nigel Martin-Smith wanted the boys to focus their time on the band.

1992 was the breakout year of Take That with the release of the debut album Take That and Party which was met with lukewarm reviews. Three of its singles namely “Everything Changes”, “Could It Be Magic”, and “I Found Heaven” had Williams on the lead vocals.

The following year they released Everything Changes which fared better than its predecessor and also enjoyed a degree of international success. During the same year Take That bagged accolades in the BRIT Awards and in the European MTV Music Awards. Despite these successes Williams felt that being in a band prevented him from following his persona and preferred taste in music as he had to adhere to the pop image of Take That. To cope with his growing unhappiness Williams began to indulge in alcohol and drugs, and no longer provided his creative input unlike before.

As his rebellious tendencies increased and his interest in the band faltered Williams was confronted by the other boys about his behavior and ended up with him departing in 1995 before Take That’s Nobody Else tour. Williams wanted to join the tour before leaving but the boys insisted that if he wanted to leave he had to do so immediately.

After leaving the boy band Williams was not yet able to work on his own material as he was prohibited by his contract with Take That until the group officially disbanded. He tagged along with rock band Oasis while his problems with drinking and drugs escalated, and the press was ever present during Williams’ downward spiral. However he did manage to defeat his demons with help from Sir Elton John himself who checked Williams into rehab. 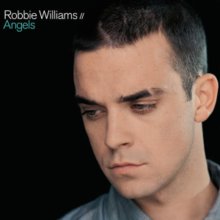 In 1996 Williams released a cover of the George Michael song “Freedom” which managed to peak at number two in the charts. Williams then collaborated with songwriter Guy Chamber for his debut single in 1997 titled “Old Before I Die” which featured an Oasis influence. During the same year Williams released his debut album Life thru a Lens and the critics weren’t impressed with the album itself, although the single “Angels” was critically-acclaimed and was responsible for catapulting the singer to greater heights. “Angels” was usually Williams’ last song in his concerts and was also ranked as the top favorite funeral song in the United Kingdom.

His second album I’ve Been Expecting You hit the shelves in 1998 and proved to be a commercial and critical success. Williams was signed aboard to Capital Records before the decade ended which opened the doors for a promotional tour in the United States and the release of his compilation album The Ego Has Landed during the same year.

In 2000 Williams released Sing When You’re Winning which was decked with different musical styles aside from the usual Brit-pop. It was a success not only in the UK but also in a handful of other territories, while in the US it was not as fiery. His next album, 2001’s Swing When You’re Winning, featured jazz and swing elements. Williams’ momentum continued with 2002’s Escapology, his induction in the UK Music Hall of Fame in 2004, and the release of Intensive Care in 2005. 2006 saw his release of dance album Rudebox which was not as successful as his previous works, and his 2009 release Reality Killed the Video Star was considered as his comeback album.

In 2009 Williams mentioned his desire to return to Take That although it only took fruition in 2010 with the band’s release of the album Progress, a work that was met with praise from critics and commercial success. Its supporting Progress Live tour also featured Williams which was among the fastest selling tours in the UK. Williams was set to perform with Take That in the 2012 Summer Olympics but he was unable to join as his wife Ayda Field gave birth to their daughter Theodora Rose during that time. In 2012 Williams released pop album Take the Crown and returned to swing in 2013 with Swings Both Ways. 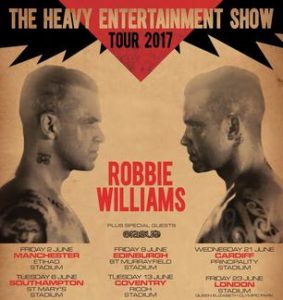 Williams’ most recent album was released in November 2016 titled The Heavy Entertainment Show. The album marks as Williams’ record-breaking 12th bestseller in the UK, going past David Bowie’s 11 and being on the same ground with Madonna’s 12. To support the album he will be embarking on The Heavy Entertainment Show Tour from June 02 to September 16, 2017. Tickets are now on sale and you can buy them here.

Williams is set to perform in the upcoming BRIT Awards on February 22 in London’s The O2. He was also the recipient of the BRIT Awards’ prestigious Icon Award last November 07.

Williams is one of the guest performers in the upcoming Sanremo Music Festival from February 07 to 11 in Sanremo, Italy.