What Happened to Trick Daddy – What He’s Up To Now 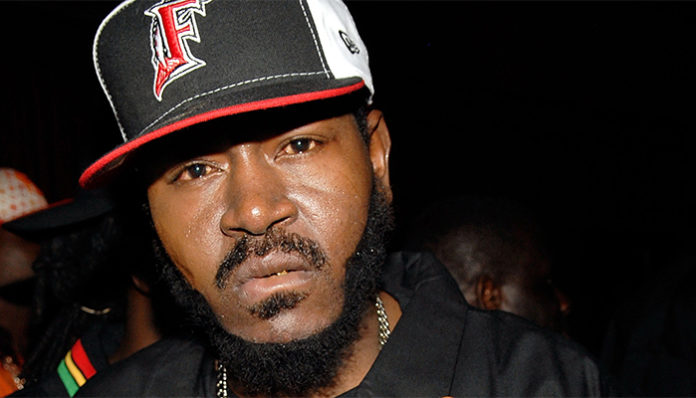 Born in Miami, Florida, Maurice Youngーmostly known by his stage name, Trick Daddyーfirst broke out into the world of rap with his debut album, Based on a True Story (1997). Raised with his ten brothers and sisters in Liberty City, his adolescence was less than ideal; after being sent to live with his father as a teen, the two began dealing drugs for which they were later arrested for when Trick was fifteen years old. Following another attempted-murder charge, he was sent to prison; it wasn’t until several years later that he was released from behind bars. With encouragement from Ted Lucas, the CEO of Slip-N-Slide Records, Trick turned his attention to rap music, which helped him to stay off the streets. In 1996, he was featured on Luther Campbell’s hit single, Scarred; an immediate hit amongst fans, it earned the guest rapper much recognition in the industry. In fact, it later garnered him a recording contract with none other than Slip-n-Slide Records.

Under the label, Trick Daddy dropped his debut album entitled, Based on a True Story in the summer of 1997. Although it was no overnight sensation, it managed to grab a spot on the US R&B chart, effectively kick starting his music career. The following year, the up-and-coming artist dropped his second full-length album, www.thug.com (1998). More successful than his first endeavour, it eventually went on to become his first RIAA-certified album. Since then, Trick has gone on to released a total of eight studio albums, one extended play, and a dozen singlesーmost of which have settled on the US Charts; a couple of his most popular tracks include: Let’s Go, and Sugar. In addition to his solo work, the musician has also been a featured guest in the works of 2Pac, Ying Yang Twins, Memphis Bleek, and DJ Khaled, to name a few.

On top of that, Trick has also collaborated with dozens of different artists such as Uncle Luke, Trina, Lil Jon, Ludacris, T-Pain, Jody Breeze and Boyz n da Hood. Over the years, his jams have been featured in over twenty different television series and films including Exit Wounds (2001), 2 Fast 2 Furious (2003), The 40-Year-Old Virgin (2005), Stomp the Yard (2007), and Life as We Know It (2010). In 2009, Trick also made his motion picture debut in the music film, Just Another Day (2009), where he played alongside Ja Rule, Wood Harris and Jamie Hector; to date, it remains to be his one and only credit on his filmography. Having said that, he has been featured in a number of TV talk shows such as The Tonight Show with Jay Leno (2001), Howard Stern (2004), Jimmy Kimmel Live! (2005), and Diamond Life (2005).

So what has the 43-year-old rapper been up to recently? Has he released any new material as of late? If not, what endeavours have he been busy with? What happened to Trick Daddy? Where is he now in 2018? 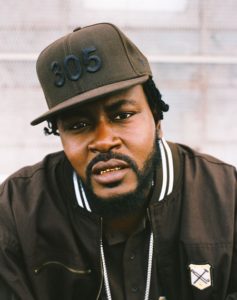 Born on September 27, 1973 in Miami, Florida at Jackson Memorial Hospital, Trick Daddy (Real Name: Maurice Young) is the son of Pearl Brockington and Charles Young. Raised in the area in and around Liberty City, he later went to live with his father, who happened to be a local pimp, when he was a teenager. During this time, Trick encountered several brush-ins with the law.

Not long after the new living arrangement, him and his father began dealing drugsーcocaine to be specific, on the streets. After a couple of years, their actions finally caught up with them as they were arrested for both drug and firearm possession; Trick was only fifteen at the time. Shortly after his release, he was once again arrested for attempted-murder after allegedly shooting a man during a fight that broke out on the streets. Convicted, he was subsequently sent to prison at nineteen.

While he was still incarcerated, one of his brothers was shot and murdered in 1994. After his was released from behind bars, he was taken under the wing of Ted Lucasーthe then CEO of Slip-N-Slide Records. With a little bit of urging and encouragement, Trick began focusing his attention to rap music; he consequently stayed off the streets. At the age of twenty-three in 1996, he made a guest appearance in the song, Scarredーone of the tracks from Luther Campbell’s album, Uncle Luke (1996). Quickly becoming a popular hit, Trick’s appearance eventually garnered the attention of both record prodders and fans. As it happened, Lucas went on to offer the aspiring rapper his own recording contract with Slip-n-Slide Records later that year. 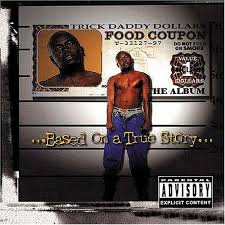 Not long after being signed with the label, he released his debut album, Based on a True Story on July 29, 1997. Trick’s only album not to have “thug” in the title as of 2016, its songs were mostly that of gangsta rap, southern hip hop and dirty rap. A few titles from the track list include: They Don’t Live Long, Now They Wanna Holler, Going Down Like That, I’ll Be Your Player, and I got Plans. Like many rap albums, it also featured a number of guest appearances from artists such as Buddy Roe, Jamal, J.T. Money, and Verbーthe first of whom was involved in seven tracks. Despite what was presented however, it received mostly negative ratings from criticsーalthough user-reviews were generally more positive. Nonetheless, it did go on to peak at number 59 on the US Top R&B Albums Chart.

A year later, Trick saw more success with the release of his second studio album entitled, www.thug.com. Titled after his official website, it boasted eighteen tracksーtwo of which were bonuses, some of which included: Change My Life, I’ll Be Your Other Man, Stroke It Gently, Ill Be Your Player, So What, and Call from Dante. Much like his previous album, it also featured guest appearances from several other fellow musicians such as Lost Tribe, Trina, J.A.B.A.N., Funk Boogie, and Society. Despite some critiques about its confusing lyrics, www.thug.com managed to peak at number thirty on the Billboard 200 and at number seven on the Top R&B Albums Chart shortly after its release. It later spawned a single entitled, Nann Nigga, which went on to peak at number three on the US Hot Rap Songs Chart; it also found its way onto the Billboard Hot 100 and the Top Hip Hop Songs Chart. As of July 1999, www.thug.com has been certified Gold for exceeding over 500,000 sales in the United States. 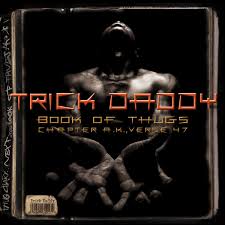 With the arrival of the new millennium came the release of another studio albumーon February 15, 2000, Trick released his third entitled, Book of Thugs: Chapter AK Verse 47. Named after an automatic assault rifle, it boasted seventeen songs; some stand outs from the track list include Get on Up, Thug for Life, Tryin’ to Stop Smokin’, Thug Life Again, Gotta Let You Have It, and Hoe But Can’t Help Itーmost of which also featured select guest stars. Compared to his earlier releases, the album was generally more well-received. Praised for its vibrant vocals and beats, it garnered a three star rating from critics at Allmusic; similarly, it was also given a three star rating by Rolling Stone Magazine. Supported by the single Shut Up, it peaked at number 26 on the Billboard 200 and at number eight on the US Top R&B and Hip Hop Albums Chart. In three months time, Book of Thugs: Chapter AK Verse 47 sold over 500,000 copies domestically, making it Trick’s second Gold-certified album.

The following year, Trick released his most successful studio album as of yetーThugs are Us. Produced by J-Roc, Black Mob, Jim Johnson, Righteous Funk Boogie and Mr. Charlie, its track list consisted of eighteen songs, a few of which include: Thump in the Trunk, Have My Cheese, Bricks & Marijuana, Somebody Shoulda Told Ya, For All My Ladies, and Have My Cheese; artists Trina, JV, Kase, Money Mark Diggia, and Society also made guest appearances in the album. On the day of its release, it entered the Billboard 200 at number four; by the end of the first week, it had sold over 116,000 copies in the United States. Widely acclaimed, Thugs are Us was praised as the rapper’s most impressive work to date by many mainstream publications such as Allmusic and Rolling Stoneーthe former of which gave it a four star rating. Eventually, the album also peaked at number two on the Top R&B and Hip Hop Albums Chart. As of August 2001, it became Trick’s first Platinum-certified album in the United States, having sold more than 1,000,000 copies across the country. 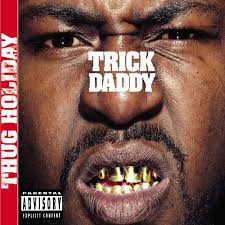 On August 6, 2002, the rapper released his fifth album, Thug Holiday. His third record distributed under the Atlantic label, its production was handled by Gorilla Tek, Minnesota, Cool & Dre, Red Spyda, Jazze Pha and Deep Fried Camp. Another southern hip hop album, the disc contained nineteen tracksーa few titles include: Get That Feeling, Money & Drugs, Let Me Ride, Play No Games, Thug Holiday, In da Wind (Ride Out Mix), and Ain’t No Santa. Upon its release, it entered the US Billboard 200 at number six, selling more than 129,000 units in the initial weekend. Met with mostly positive reviews, Thug Holiday eventually spawned two singlesーThug Holiday and In Da Wind. Just a month after it was originally released, it broke the 500,000 sales mark, making it Trick’s third Gold-certified studio album.

From there, it wasn’t until two years afterward that he released his sixth full-length album entitled, Thug Matrimony: Married to the Streets. His first number one album, its success largely came from the hit single, Let’s Goーwhich also coincidentally happened to be Trick’s first Gold single. Some of the other tracks featured in the album include The Children’s Song, Ain’t a Thug, Down wit da South, The Children’s Song, and These Are the Daze. Rated four out of five stars by critics at Allmusic, it debuted at the second position on the US Billboard 200, and sold more than 145,000 copies in the first weekend. As of 2006, Thug Matrimony: Married to the Streets has exceeded over 910,000 units in sales within the US.

Since then, Trick Daddy has come out with two more albumsーBack by Thug Demand and Finally Famous: Born a Thug, Still a Thug, which were released in 2006 and 2009 respectively.

Last October, Trick Daddy caused a quite a stir after telling “black hoes” to “tighten up” on his Instagram account. As one would expect, the black community did not take nicely to his comments. In the wake of the event, the 43-year-old rapper addressed the issue on stage at Philips Arena in a New Year’s Event in Atlanta, clarifying that “[we’ve] got it wrong, that [he] loves Black women” just not “Black h-s and b–es. Despite all the madness that have been surrounding the whole ordeal, Trick appeared to have received much love from the crowd nonetheless.

If you’d like to stay up-to-date and connected with one of Miami’s best rappers, you can do so by following Trick Daddy on social mediaーyou can find him on Twitter at @305mayor.