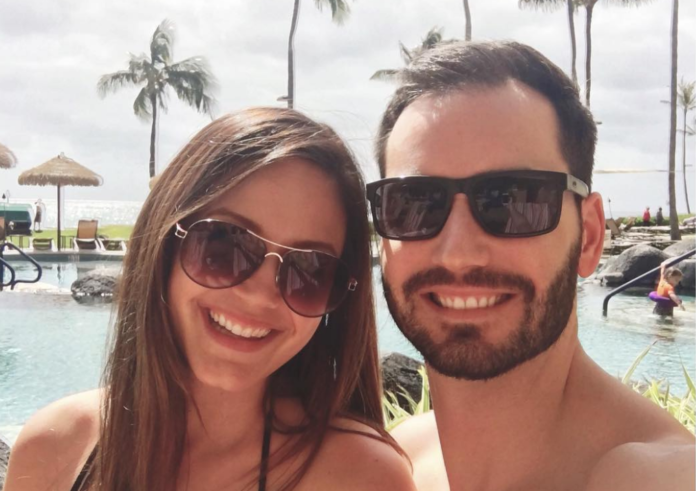 Desiree Hartsock’s is a bridal stylist whose best known as the star of the Season 9 of The Bachelorette, after she was a contestant on Season 17 of The Bachelor. Well, she’s actually probably best known for being dumped by Brooks Forester. She came in third competing for Sean Lowe’s affection on The Bachelor, and later that year met Brooks Forester on The Bachelorette. He broke up with her during the season finale, and she ended up accepting Chris Siegfried’s proposal at the end of the season. Two years later, they had a wedding and last year had their first kid, a boy named Asher.

Desiree Hartsock on The Bachelor

Like lots of the contestants, we don’t know too much about Desiree Hartsock. She was born July 1, 1986, and grew up in Northglenn, Colorado, a fairly small town, with an older brother named Nate. Originally, her parents were from Pennsylvania. In the late 2000s, Desiree moved to Los Angeles to work as a fashion designer and bridal stylist. In late 2011, she was cast as one of the contestants for the seventeenth season of The Bachelor. She would be vying for the affection of former Kansas State football player Sean Lowe.

The Bachelor has suitors go on individual dates with the star during the first few episodes, and Desiree’s date came during Week 2. For it, Sean decided to set up a fake art museum. As part of the prank, Sean left her in a room with a statue that he claimed was the focus of the exhibit, but it was actually rigged to fall and shatter. The exhibit manager and artist rushed in to question her, but before long Sean came in and explained that they were actors, and the sculpture was worthless. They had dinner afterward, and she received a rose for being a good sport about his prank.

Later in the season, she and Sean went to Banff National Park, in Alberta, Canada. They went rappelling to go on a picnic and got to know each other a little better. By this point, Desiree had become a bit of an audience favorite. She managed to stay relatively clear of the drama but also was interesting enough when she did show up on screen.

There were also a few group dates as the season went on. In the third episode, a group date pits her and seven other suitors against each other in a beach volleyball game. Later, she competed in a relay race. By Week 7, the group dates were smaller. She and two others went with Sean to see the sunrise at Point Udall, the easternmost point of the United States, on St. Croix in the Virgin Islands.

In Week 8, Desiree and Sean had her hometown date. Even though Desiree grew up in Colorado, they had the date where she’d lived for several years, in Newport Beach, California. During the date, Sean met Desiree’s parents and her older brother Nate. Nate called Sean a “playboy,” which offended Sean. She also used the date to return Sean’s earlier prank, hiring an actor to pose as her ex-boyfriend. Sean fell for it, but when the prank was revealed, thought it was funny.

Before the Rose Ceremony that week, Desiree apologized to Sean for Nate. But the apology wasn’t enough, and Sean, after a long consideration, eliminated Desiree. She said he was making a mistake, clearly upset by his decision.

Desiree Hartsock on The Bachelorette

Most of her season was pretty mundane, so I’ll keep it brief. For the second episode, she spent some time going pretend-wedding shopping with Brooks Forester. A few weeks later, the show went to Europe. While in Barcelona, she went on a date with Drew Kenney.

During the next episode, for Week 7, Desiree confided in Chris Harrison, the show’s host, that she was close to a decision with Brooks, meaning she thought he was going to win. She said she wasn’t sure, though. After a series of hometown dates, including going to Salt Lake City with Brooks, she’s even more certain that he’s the one.

The season finale took place over two episodes and was filmed in Antigua and Barbuda. For her final date with Brooks, Desiree planned to tell him that she loved him. However, before they could leave, he said that he just didn’t have strong feelings for her. The episode ended with Desiree sitting on a pier, crying.

The incident left Desiree unsure of how to go forward with the show. Desiree ultimately went on one more date with Drew, before sending him home. Chris Siegfried, the only remaining contestant, gave her a book of poetry and a proposal, which she accepted. It seemed like an abrupt decision, so shortly after she had her heart broken by Brooks.

In the “After the Final Rose” special, Desiree revealed that she had quit her job at a bridal boutique in Los Angeles to move to Seattle with him. They apparently live near Jason & Molly Mesnick, who fans might remember from Season 13 of The Bachelor.

We also learned that Juan Pablo Galavis was going to be the star of The Bachelor in Season 17.

In the months after the end of the show, Desiree Hartsock set up a website for her new bridal stylist business in Seattle. Two years later, on January 18, 2015, Desiree and Chris Siegfried got married in Palos Verdes, California.

In late April, 2016, Desiree announced that she was pregnant, and immediately put her social media presence into overdrive, reworking her website to promote what she was learning about pregnancy.

A few weeks later, Desiree released her first book, My Fairytale Wedding: Planning Your Dream Wedding Without Breaking the Bank. Many Bachelorette stars have gone on to write books. Few manage to get four-and-a-half stars on Amazon. My Fairytale Wedding has been one of the best-selling wedding planning books since its release. 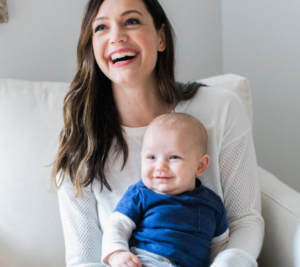 On October 19, 2016, Desiree and Chris had a son, who they named Asher Wrigley. Since then, Desiree’s shared quite a few photos of baby Asher, and keeping her blog up to date with product recommendations and other useful info for moms. And of course, she’s still sharing her thoughts on how to throw the perfect wedding. Desiree Hartsock’s Instagram name is @desireesiegfried, if you want to see all the cute pictures of Asher – and Chris, I suppose.