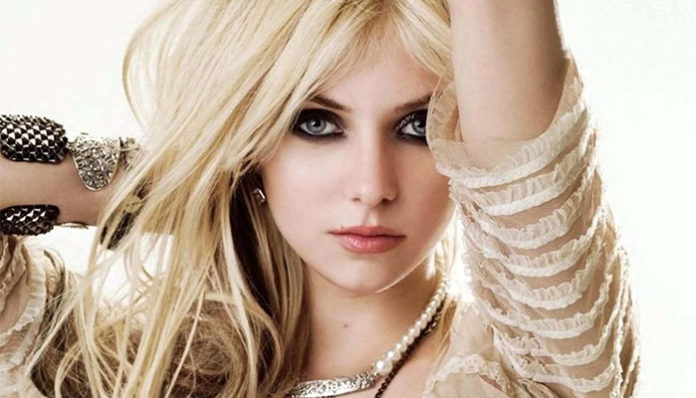 Born in St. Louis, Missouri, Taylor Momsen first rose to fame for her portrayal of Jenny Humprey in the teen drama, Gossip Girl. Like many who have carved a name for themselves in the show business, the blonde started her career early; at the age of two, her parents signed her with the Ford Modelling Agency. Later, she made her national television debut in a commercial for the Shake ‘n Bake when she was three years old. Gradually landing more roles, she eventually appeared in an episode of the comedy series, Cosby in 1997ーit was her first time playing a character on TV. Next, she portrayed a minor role in the fantasy drama, Early Edition (1998); from there, she went on to make her motion picture debut in the film, The Prophet’s Game (2000). Later that same year, Momsen received a big break when she was cast as Cindy Lou Who in the holiday comedy, Dr. Seuss’ How the Grinch Stole Christmas (2000).

A major box office success, it garnered the young starーwho was only seven years old at the timeーa handful of award nominations. Rising in prominence, she later starred in the films We Were Soldiers (2002), Spy Kids: Island of Lost Dreams (2002), and Hansel & Gretel (2002)ーthe last of which saw her as one of the title characters. Continuing to appear on the big screen, she took part in the movies Saving Shiloh (2006), Paranoid Park (2007), and Underdog (2007). Following that, the young actress was presented with a huge opportunity when she was cast as Jenny Humphrey in the popular drama series, Gossip Girl (2007). Hugely popular among teen audiences, the show played a significant role in further boosting Momsen’s popularity as an actress. Not only that, but it also garnered her a Teen Choice Award nomination for “Choice TV Breakout Female Star” and a Young Artist Award nomination for “Best Performance in a TV Actress by Leading Young Actress”.

In addition to being a star on television and film, Momsen is also the lead vocalist for the American rock band, The Pretty Reckless, which also consists of Jamie Perkins, Mark Damon and Ben Philips. Formed in 2009, they released their debut album entitled, Light Me Up on August 31, 2010; it went on to spawn three singles including their popular hit, Make Me Wanna Die. Since then, they’ve released an additional two full length albums, Going to Hell (2014), and Who You Selling For (2016) and have embarked on five concert tours around the world. In 2014, The Pretty Reckless was honoured with a RadioContraband Award for “New Artist of the Year”.

What has the 23-year-old artist been up to recently? Has she retired from acting to focus solely on her music career? What new endeavours have she taken on? What happened to Taylor Momsen? Where is she now in 2018? 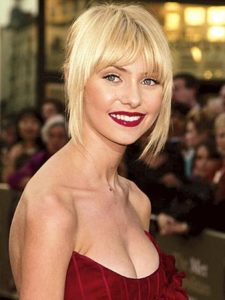 Born on July 26, 1993 in St. Louis, Missouri, Taylor Momsen is the daughter of Collette and Michael Momsen; the oldest out of two children, she has a younger sister named Sloane who also works in the show business as an actress. Raised in a Roman Catholic household, she was a student at Our Lady of Lourdes Catholic School during her grade school years; she later went to Maryland’s Herbert Hoover Middle School.

When she was two years old, her parents signed her up with the Ford Modelling Agency; consequently, she spent most of her childhood years in and out of school, modelling for various companies. By the time she was three, she had appeared in a national television commercial for a Kraft Food product. Aside from modelling and acting, she was also an avid dancer, having studied the art at St. Louis’ Center of Creative Arts.

At the age of four, Momsen made her television debut in an episode of the comedy series, Cosby (1997). From there, she went on to play a cameo in the fantasy drama, Early Edition (1998); it wasn’t until 2000 that she started to land bigger roles. That year, she made her film debut in the crime thriller, The Prophet’s Game (2000) prior to receiving a huge breakthrough with the Christmas film, Dr. Seuss’ How the Grinch Stole Christmas (2000).

Based on the children’s story of the same title by Dr. Seuss, it centered around the antics of a revenge-seeking Grinch who plans on ruining the holidays for everyone by stealing their presents. The first Dr. Seuss’ book to be adapted into a full-length movie, it starred Jim Carrey as the misanthropic green creature; playing opposite of him was seven-year-old Momsen, who portrayed the role of Cindy Lou Whoーa young Who who believes that the holiday spirit in their town of Whoville has been lost. In addition, the film also starred Jeffrey Tambor, Christine Baranski, Molly Shannon, Bill Irwin, and Clint Howard, among others.

Originally released on November 17, 2000, Dr. Seuss’ How the Grinch Stole Christmas debuted at number one, having grossed over $55 million during its opening weekend across 3100 theatres; it ultimately remained at the top of the box office for a period of four weeks. By the end of its five-month long theatrical run, the movie had earned over $345 million in ticket salesーa vast amount compared to its production budget of $123 million. Despite its financial earnings, ratings for the film were generally mixed; while some praised Carrey’s portrayal of the Grinch, others felt otherwise. Nevertheless, Momsen’s first major motion picture went on to garner three Oscar Award nominations. For her portrayal of Cindy Lou Who, she was also nominated for a Young Artist Award, a Saturn Award, and a Blockbuster Entertainment Award. 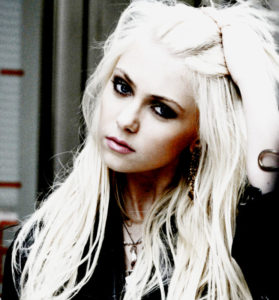 Several guest roles later, the blonde was cast as a support character in the superhero comedy flick, Underdog (2007). Written by Craig A. Williams, Adam Rifkin, and Joe Piscatella, it centered around a beagle, who must use his newly-found powers to defend his city from the evil plans of a mad scientist named Simon Barsinister.

In the film, Momsen played the character of Mollyーa dog owner who after being mugged alongside her pet, is saved by Underdog. In addition to its live cast of Peter Dinklage, Patrick Warburton, Jim Belushi and Alex Neuberger, Underdog also featured the voice talents of Jason Lee, Amy Adams, Brad Garrett, John DiMaggio and Phil Morris.

Distributed by Buena Vista Pictures, Underdog was theatrically released in the United States on August 3, 2007. Over its opening weekend, it managed to gross a little over $11.5 million, putting it in third place at the box office after The Simpson Movie and The Bourne Ultimatum. In total, the movie had taken in a worldwide total of $65 million against its budget of $25 million. While it garnered Momsen another Young Artist Award nomination for “Best Performance in a Feature Film by a Supporting Young Actress”, Underdog was generally met with mixed reviews from critics; it currently holds a 4/10 rating on Rotten Tomatoes.

Not long after the release of the film, Momsen received her biggest breakthrough on television yet when she was cast in the teen drama, Gossip Girl (2007). Created by Stephanie Savage and Josh Schwartz who based it on a book series written by Cecily von Ziegesar, the series centered around the lives of a group of upper-class adolescents in the Upper East Side of Manhattan. A member of the main cast, the actress played as Jenny Humpreyーa pretty blonde who is shown to be desperate in fitting in with Blair’s clique in the first season. It is later revealed that she is the daughter of Rufus Humprey and Jeanette Humphrey, the latter of whom eloped with an European aristocrat. Gossip Girl‘s talented cast also included Leighton Meester, Blake Lively, Chace Crawford, Kelly Rutherford and Ed Westwick.

Filmed on location in New York City and Long Island, Gossip Girl premiered on TV on September 19, 2007. Although not an instant smash hit, it managed to attract an average of over two million viewers  during its first season; at the peak of its popularity, it drew in 2.48 million audience members during its second season. One of the most popular shows at the time amongst younger teens, it won countless awards during its run including eighteen Teen Choice Awards. After being on air for six years, Gossip Girl concluded on December 17, 2012 after a total of 121 episodes. 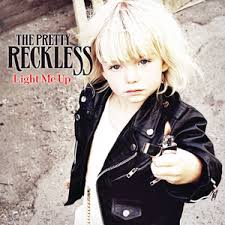 Outside of acting, Momsen is also an established singer; she is the lead vocalist of the rock band The Pretty Reckless. On August 27, 2010, the group released their debut album entitled, Light Me Up under Interscope Records. Recorded in New Jersey, the alternative rock albumーwhich was produced by Kato Khandwala, boasted ten tracks including Nothing Left to Lose, Miss Nothing, My Medicine, Since You’re Gone, Light Me Up, and Factory Girlーmost of which were co-written by Momsen. Fairly well received, the album entered the US Billboard 200 at number 65, selling approximately 9000 copies during its initial week; it later peaked at number ten on the US Alternative Albums Chart and at number eighteen on the US Top Rock Albums Chart.

Four years later, the group came out with their most successful album yetーGoing to hell, which was made available on March 12, 2014. The first release with the Razor & Tie Label, the New Jersey-recorded album contained a collection of twelve songs, some of which included Why’d You Bring a Shotgun to the Party, House on a Hill, Dear Sister, Blame Me, Absolution, House on a Hill, and Burn. Much like their previous work, most of the tracks on the disc were co-written by Momsen. Considerably more successful than their debut, Going to Hell debuted on the US Billboard at number five and sold over 35,000 copies within the first weekーmaking it their first top ten album. Eventually, it peaked at number one on the Top Hard Rock Albums Chart and at number two on the Top Alternative Albums and Top Rock Albums Charts. Supported by five singles, two of which ended up being number one hits, it has since sold over 225,000, copies in the US.

The group’s latest album entitled, Who You Selling For was released on October 21, 2016. Although it managed to chart in several different countries including the United States, it was not as successful as their previous endeavours.

From the looks of it, it’s probably fair to say that Momsen has retired from the acting lifestyleーher last appearance on screen being in that of Gossip Girl in 2012. With acting behind her, she’s been focusing much of her energy on music as a member of The Pretty Reckless. Since the release of their album last year, they’ve been embarking on a worldwide tour which has sent them to various cities around the globe. According to their official website, they are scheduled to perform until August of 2017.

If you’d like to stay up-to-date and connected with the 23-year-old former actress/rock star, you can do so by following Taylor Momsen on social mediaーyou can find her on Twitter or Instagram at @taylormomsen.