What Happened to Javier Colon – 2018 Update 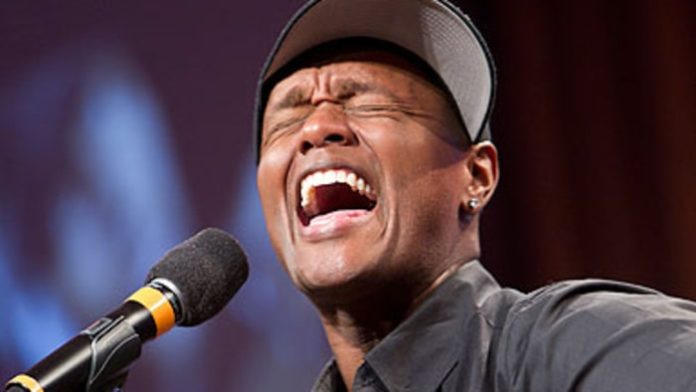 Known for his “acoustic soul” music, Javier Colon first gained recognition as the lead vocalist of The Derek Trucks Band in the late 90’s. While he was studying for his music degree at the University of Hartford’s Hart School, he joined a funk band called EmcQ which was led by guitarist Ian McHugh. With the group, Colon performed at a number of venues over the next few years. After many performances together, they found themselves opening a show for the jazz-trio, Soulive; it was there that Colon caught the attention of their guitarist, Eric Krasno. Impressed by his singing, he later recommended him to Derek Trucksーa friend who had been on the look out for a vocalist for his band, The Derek Trucks Band. Consequently, Colon promptly joined the group in the summer of 2000 following his college gradation. Two years later, they released the studio album, Joyful Noise (2002)ー the first to feature the Connecticut-native on vocals.

In addition to providing vocals for the album, Colon also toured with The Derek Trucks Band, which brought them to many cities in the United States. Following a number of performances together, the singerーwho had now risen in prominenceーdeparted from the group in the spring of 2002 to focus on a solo music career. Signing with Capitol Records, he released his debut studio album entitled, Javier (2003) the following year. Although not an instant success, it did manage to find its way onto the US Charts. Since then, he has gone on to release three more full-length albums, Left of Center (2006), Come Through For You (2011), and Gravity (2016). Throughout his musical career, Colon has also released over a dozen singles; some of his most popular tracks include Time After Time, Stitch by Stitch, Man in the Mirror, Angel, and Fix You. In 2009, he was also featured in Vanessa William’s song, October Sky.

In 2011, Colon came under the limelight after it was announced that he would be competing in the NBC reality talent show, The Voice. Breezing through the different stages, he ultimately brought home the winner’s title that June, having won a cash prize of $100,000 and a recording contract with Universal Republic (although he later parted ways with the label). Some of the other TV programming that he’s been featured in over the years include Soul Train (2006), Big Morning Buzz Live (2011), The Tonight Show with Jay Leno (2011), Today (2011), and CT Style (2015). As well, he has also dabbled briefly in acting having appeared in the TV series The Playboy Club in 2011.

So what has the former member of The Derek Trucks Band been up to recently? Can we expect any new music material from the artist this upcoming year? What happened to Javier Colon? Where is he now in 2018? 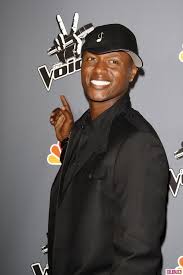 Born on April 29, 1977 in Stratford, Connecticut, Javier Colon is the son of a Puerto Rican mother and a Dominican father; the latter worked at a local radio station. As a teen, he went to the local Frank Scott Bunnell High Schoolーit was around that time that began writing songs. Following his graduation, Colon went to the University of Hartford’s Hartt School where he studied music and eventually obtained a degree in music education.

Whilst studying, his itch to sing got the better of him, leading him to eventually join a soul band called EmcQ, which was headed by Ian McHugh. With the group, Colon performed at a number of venues over the next few years until one night, they served as the opening act for a jazz trio known as Souliveーit was ultimately at the event that he caught the attention of their guitarist, Eric Krasno. Impressed by his singing, Krasno later recommended Colon to a friend of his, Derek Truck, who happened to be looking for a vocalist for his band The Derek Trucks Band.

Invited to join the group after a successful audition, Colon officially became a member in the summer of 2000 after graduating from university. From there, the band embarked on a series of tours which brought them to various cities in the country. In the fall of 2002, The Derek Trucks Band released the studio album entitled, Joyful Noise under the Columbia Record. Their first and only album to feature Colon on vocals, it was recorded in two studios located in New York and Los Angeles. Produced by Craig Street and Russ Kunkel, the rock album contained ten songs some of which included Every Good Boy, Baby You’re Right, Like Anyone Else, Home in Your Heart, Maki Madni, and Joyful Noiseーthe first of which was cowritten by Colon. Amongst the tracks were also a handful of collaboration with fellow artists such as Ruben Blades, Solomon Burke, Susan Tedeschi, and Rahat Nusrat Fateh Ali Khan.

Generally well received upon its release, Joyful Noise received favourable reviews from critics writing for CMJ and JazzTimes, among others. Shortly after being made available, it also peaked at number twenty on the Billboard Top Heatseekers and Top Internet Albums Chart. Despite the album’s success, Colon would later leave the band to pursue his own solo music career.

Signing with Capitol Records, Colon eventually came out with his debut solo album, Javier on August 5, 2003. Produced by The Underdogs, Karriem Riggins, Evan Rogers and Carl Sturken, it boasted fourteen R&B and soul tracks, most of which were co-written by the artist himself. A few memorable numbers from the album include If I Never Get to Heaven, She’ll Never Know, She Spoke to Me, Can’t Have My Heart, Song For Your Tears, Hey Little Sister, and Crazy. A moderate hit, it eventually peaked at number ninety-one on the US Billboard 200 and at number eighteen on the Top R&B and Hip Hop Albums Chart. Critical reception wise, Javier received praises for its rich harmonies and guitar-driven beats; it was given a three out of four star rating from Allmusic. Although not a smash hit per se, it effectively entered Colon into the music scene as a noteworthy R&B artist. 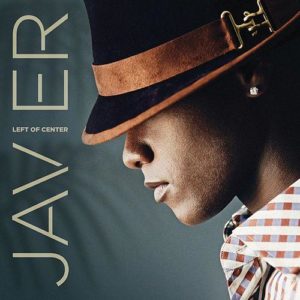 From there, Colon took a three year break prior to releasing his second full length album, Left of Center on March 7, 2006. His second and last album with the Capitol Label, its production was handled by Carvin Haggins, Michael Angelo, Carl Sturken, Beat Detectives and Evan Rodgers.

A few minutes shy of an hour in length, it contained thirteen tracks including The Answer is Yes, You’re The One, Indecent Proposal, Ways I’m Feeling U, Can I Talk to You Once We Start, and Poetry Javier. Also featured in the album were Count On Me and Dance For Meーtwo collaborations with artists Anthony Hamilton and Luna respectively. Although not as successful as his debut effort, it still managed to chart at number thirty-seven on the Top R&B and Hip Hop Albums Chart.

Javier Colon on The Voice

In April of 2011, it was announced that Colon will be competing on the NBC reality talent show competition, The Voice. Created by John de Mol, the series invited aspiring singers to compete on stage with the help of their coach, against other hopefuls for a chance to win a cash prize of $100,000 and a recording contract with the Universal Music Group. A contestant of the first season, Colon went up against Lukas Rossi, Frenchie Davis, Nakia, Dia Frampton and Cherie Oakland. Coached by Adam Levine, Colon eventually found himself flying through the different rounds. Later that June, he ultimately emerged as the show’s winner after a final performance of Landslide with Stevie Nicks. The first winner of The Voice, he subsequently went home with $100,000 and a recording deal with Universal Records. 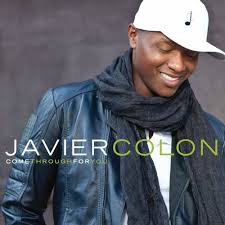 Under Universals, Colon released his third studio album entitled, Come Through For You on November 21, 2011. In contrast to his preceding works which consisted solely of R&B and soul, the album also featured various tracks of contemporary music. His first release after winning The Voice, it was produced by David Hodges, Chris DeStafano, Brent Kutzle, Tommy Sims, Pharrell Williams, and many others. Considerably shorter in length compared to his earlier albums at only 41 minutes long, it came with eleven tracks including Come Through For You, Ok Here’s The Truth, How Many People Can Say That, Life is Getting Better, Raise Your Hand, and Happy Sinner; fellow artists Natasha Bedingfield and Adam Levine also made guest appearances in the album in As Long As We Got Love, and Stand Up respectively.

In addition to the standard version of the album that was released in stores, exclusive editions of the disc were also available via iTunes and Walmart. Each special edition of the album contained a couple of extra bonus tracks; for instance, the Walmart album came with A Drop in the Ocean abad Stitch by Stitch while the iTunes album came with Make It in Love and The Most Beautiful Girl in the World. A moderate success, it sold close to 10,000 copies within the first week of release; it later charted at number 134 on the Billboard 200 and at number 20 on the Top R&B and Hip Hop Albums Chart. Supported by two singles, it has since sold over 46,000 copies as of June 2013.

Not long afterward, Colon departed from the Universal Music Group and subsequently signed with Concord Records. With the label, he released his fourth studio album entitled, Gravity on April 15, 2016, after a few delays. His first full-length album in five years, it garnered many favourable reviews from fans who’d been highly anticipating the release. Although some felt that the album included too many slow tempo songs, the general consensus was positive. A few noteworthy mentions from the disc include For a Reason (Feat. Nikki Leonti), It Don’t Matter to the Sun, Walking Blind, Hallelujah, My Perspective, Say, and Clear the Air. The music video for the lead single, Gravity has also been viewed over 95,000 times since it was first uploaded onto his official Youtube Channel on March 21, 2016.

Although the 39-year-old singer hasn’t come out with any new music since then (which is reasonable, considering how his latest album was just released last year), he was recently spotted performing at a  party alongside fellow artist, Shawn Mendes at the wedding of a mutual friend. Following the event, Colon even tweeted how [Shawn] is a nice guyーa message that has since been liked over 2000 times on Twitter!

In other news, Colon has recently teamed up with his friend Matt Cusson to write a song and create a music video for NASA. According to reports, the original tune will be used for the Lunar Reconnaissance Orbiter Program.

If you’d like to stay connected to the American singer-songwriter, you can do so by following Javier Colon on social mediaー you can find him on Twitter at @Javstwtr or on Instagram at @Javiercolonmusic. Be sure to also check out his music videos at his official Youtube Channel at @JavierColonVEVO!