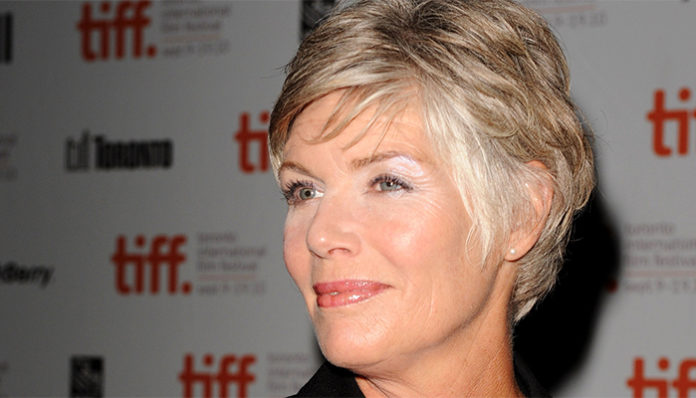 California-born actress Kelly McGillis starred in several high-profile films during the 80’s including Witness (1985), Top Gun (1986), and The Accused (1988). Having always gravitated toward the performing arts, she moved to New York City to study acting at New York’s renewed Julliard School after graduating from high school in 1975. While honing her skills at the institute, she starred in a production of Love for Love, a comedy by William Congreve. At one point, she also studied at Santa Monica’s Pacific Conservatory of Performing Arts. In 1983, the then twenty-six year old made her big screen debut in the romance comedy, Rueben, Rueben, where she co-starred alongside Roberts Blossom and Tom Conti. Branching out into television, she appeared in the TV film, Sweet Revenge (1984) the following year. Determined to make it big, she later appeared in an episode of Live from Lincoln Center (1985), prior to landing a breakthrough with the crime drama film, Witness that same year. A major blockbuster, the movie not only launched her career, but it also earned her a BAFTA and Golden Globe Award nomination.

Gradually rising to prominence, McGillis subsequently starred alongside Val Kilmer and Tom Cruise in the fighter pilot film, Top Gun in 1986. Following that, she was cast as the female lead in the Oscar-winning drama film, The Accused (1988). Although it was widely successful, the actress later confessed that she in fact, despised the movieーwhich was based loosely on the gang rape of Cheryl Araujoーbeing a survivor of rape herself. Over the next decade, she appeared in over a dozen titles including Grand Isle (1991), The Babe (1992), Dark Eyes (1995), Painted Angels (1998), and Perfect Prey (1998), to name a few. After playing various roles in The Outer Limits (2000), The Monkey’s Mask (2000), No One Can Hear You (2001), and Morgan’s Ferry (2001) in the early 2000’s, McGillis took a prolonged break from acting before returning to television in 2006.

What has the Golden Globe Award-nominated star been up to since then? What new projects can we expect from her this upcoming year? What new credits have she added to her filmography as of late? What happened to Kelly McGillis? Where is she now in 2018? 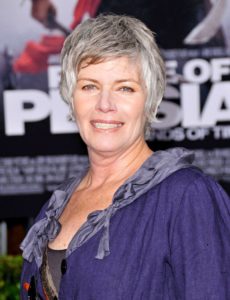 Born on July 9, 1957 in Newport Beach, California, Kelly Ann McGillis is the daughter of Dr. Donald Manson McGillis, a general physician, and Virginia Joan, a homemaker; she is of German, Irish, Scottish, Welsh, and English decent. Raised in the country’s entertainment capital of Los Angeles, she had always gravitated toward the performing arts even as a child.

During her youth, she went to Santa Maria’s Pacific Conservatory of the Performing Arts, where she honed her craft. Following her high school graduation in 1975, McGillis relocated to New York City where she attended the prestigious Julliard School in Manhattan; she later graduated from the institute in 1983. During her time there, she starred in a production of Love for Love by William Congreve. At the age of twenty six, McGillis received her first movie role when she was cast as one of the supporting characters in the romance comedy, Reuben, Reuben (1983).

Branching out into television the following year, she appeared in the TV film, Sweet Revenge in 1984. From there, she went on to appear in an episode of Live from Lincoln Center (1985), prior to landing a major breakthrough with the crime drama film, Witness.

Directed by Peter Weir, the crime thriller centred around a detective who does everything in his power to protect a young Amish Boy, a murder witness who becomes targeted by a group of criminals. While actor Harrison Ford starred as Detective John Book, McGillis played opposite of him, portraying the role of Rachel Lappーa widow who travels to the city of Philadelphia with his eight-year-old son following the death of her husband, Jacob Lapp. Later meeting John, the two eventually begin a romantic relationship halfway through the film. In addition to the two actors, Witness also boasted the acting talents of Josef Sommer, Lukas Haas, Jan Rubes, Alexander Godunov, and Brent Jennings.

Released theatrically on February 8, 1985, Witness proved to be a major turning point for McGillis’ career. A successful blockbuster, it earned over $4.5 million over its opening weekend across 870 screens in the United States, putting it in second place at the box office. By the end of its run, it had grossed over $68 million from a production budget of $12 million. Universally acclaimed, the film received glowing reviews from numerous mainstream publications such as the Chicago Sun-Times, the New York Times, and Variety Magazine. Although it sparked a bit of controversy in Amish communities, Witness ended up earning eight Academy Award nominations and six Golden Globe Award nominationsーamongst which were two wins. For her portrayal of the widow, McGillis was also nominated for a Golden Globe for “Best Performance by an Actress in a Supporting Role”. 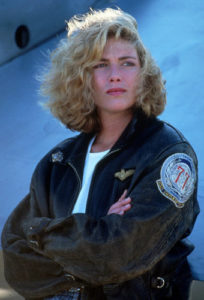 Following her first taste of stardom, the actress landed another big break with the romantic action film, Top Gun (1986), which saw her playing another female protagonist. Written by Jack Epps, Jr., and Jim Cash, it centred around a group of students at a US Navy Weapons School who while competing with each other in class, learn a few important lessons from a civilian instructor. While Tom Cruise played the male lead of Lieutenant Pete Mitchell, the actress was cast as Charlotte Blackwoodーan astrophysicist who is later introduced as a civilian Top Gun instructor. Other actors featured in the movie include Val Kilmer, Anthony Edwards, Tom Skerritt, Michael Ironside, and John Stockwell.

Distributed by Paramount Pictures, Top Gun was released in theatre screens on May 16, 1986. Opening across 1000 theatre in the United States, it quickly proved to be a major hit, taking in over $8.1 million during its initial weekend. Altogether, the movie earned a worldwide total of $353 millionーrendering it a massive commercial success. Despite the figures however, critical reaction to the film were generally mixed; while many lauded the memorable aerial footage in the movie, others felt that the dialogue spoken by characters were underwhelming. Regardless, Top Gun earned several accolades including a Golden Globe Award and an Academy Award in 1987. 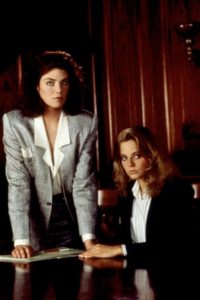 Two years later, McGillis starred in the drama film, The Accused (1988). Based loosely on the 1983 case of Cheryl Araujo, the movie depicted the story of a young woman named Sarah Tobias, who after being gang raped by a group of drunk bar patrons, employs the help of an assistant district attorney in order to bring the perpetrators to justiceーincluding the ones that stood on the sidelines and cheered on the attack. While actress Jodie Foster portrayed the role of Tobias, McGillis played as Kathryn Murphy, the attorney in question. After a heated argument with her superior, she arranges a plea bargain with the rape defendants, much to the dismay of Tobias. Joining the two actresses in the movie were Bernie Coulson, Leo Rossi, Ann Hearn, Steve Antin, and Carmen Argenziano.

Released in United States in October 14, 1988, The Accused became a commercial success, grossing $32 million against a budget of just $6 million. Not only did it swipe a number of awards at various film festivals, but it also garnered Foster an Academy Award for “Best Actress in a Leading Role”. Although McGillis received much praise for her role as Murphy, she later acknowledged that she in fact, hated the film as a rape victim and survivor herself. Nevertheless, the movie was very much well-received across the world. 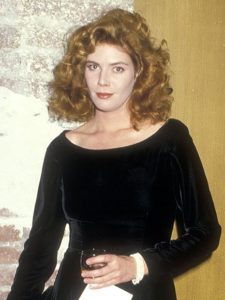 After taking a prolonged break from acting, the actress returned to the big screen in the horror film, Supergator (2007), where she starred opposite of Brad Johnson. From there, she appeared as a recurring character in the American-Canadian television drama, The L World (2008). Created by Ilene Chaiken, Kathy Greenberg, and Michele Abbot, it portrayed the lives of a group of lesbians living in the trendy West Hollywood area of Los Angeles, California. Originally premiered on January 18, 2004 on Showtime, The L World starred Mia Kirshner, Jennifer Beals, Leisha Hailey, Laurel Holloman, and Katherine Mennig as the main protagonists of the show.

Playing as Colonel Gillian Davis, a tough-minded military prosecutor, McGillis appeared for a two-episode arc, making her first appearance in the seventh episode of the fifth season, entitled Lesbians Gone Wild. Although she didn’t play a major role per se, it is noteworthy to mention that it was her first time appearing in a television series in seven yearsーher last being in that of The Outer Limits back in 2000. Praised throughout its five year run, The L World ultimately continued for a total of seventy episodes, which spanned across six seasons.

These past few months, the 59-year-old actress has been filming for an upcoming thriller film called, Babymoon (2017). Directed by Lucinda Spurling, it will center around a couple taking a “Babymoon”ーthat is, a vacation prior to the birth of a childーin Bermuda. According to IMDb, McGillis will be playing a lead character by the name of Rose; she will be joined by actors Sean Stolzenthaler, Kate Mansi, Brooke Burfitt and Chardonne Paynter.

In addition to that, she will also be starring in the drama film, Julie Loves to Gamble (2017) which is set to be released sometime this year. Revolving around a broke 30-something year old woman who is determined to start her own business, its cast also includes Judd Nelson, Ken Medlock and Samanth Esteban.

If you’d like to stay up-to-date with the star, you can keep yourself updated with her latest projects by visiting her official IMDb page. Unfortunately for us fans, it doesn’t’ look like she is a user of social media.